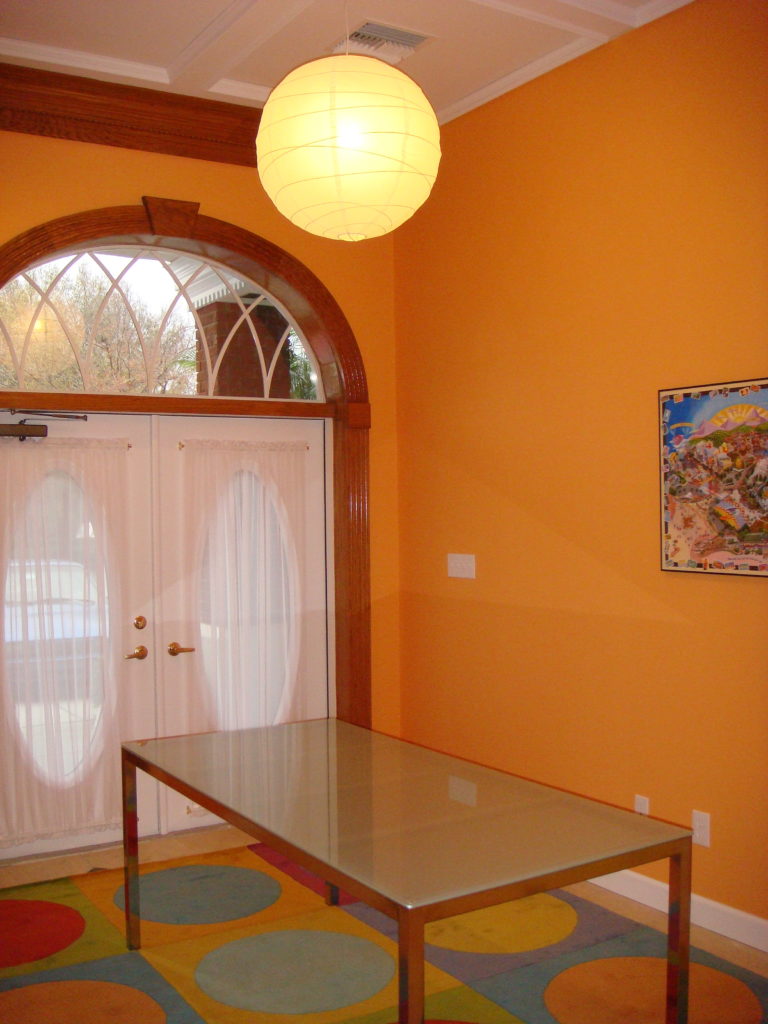 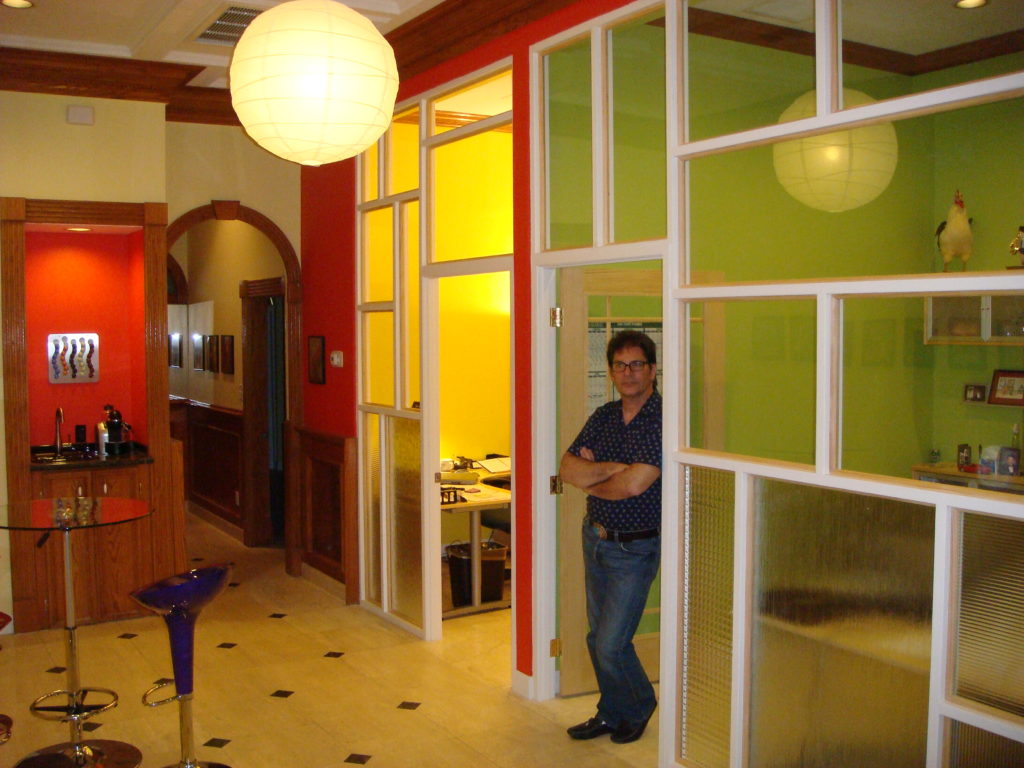 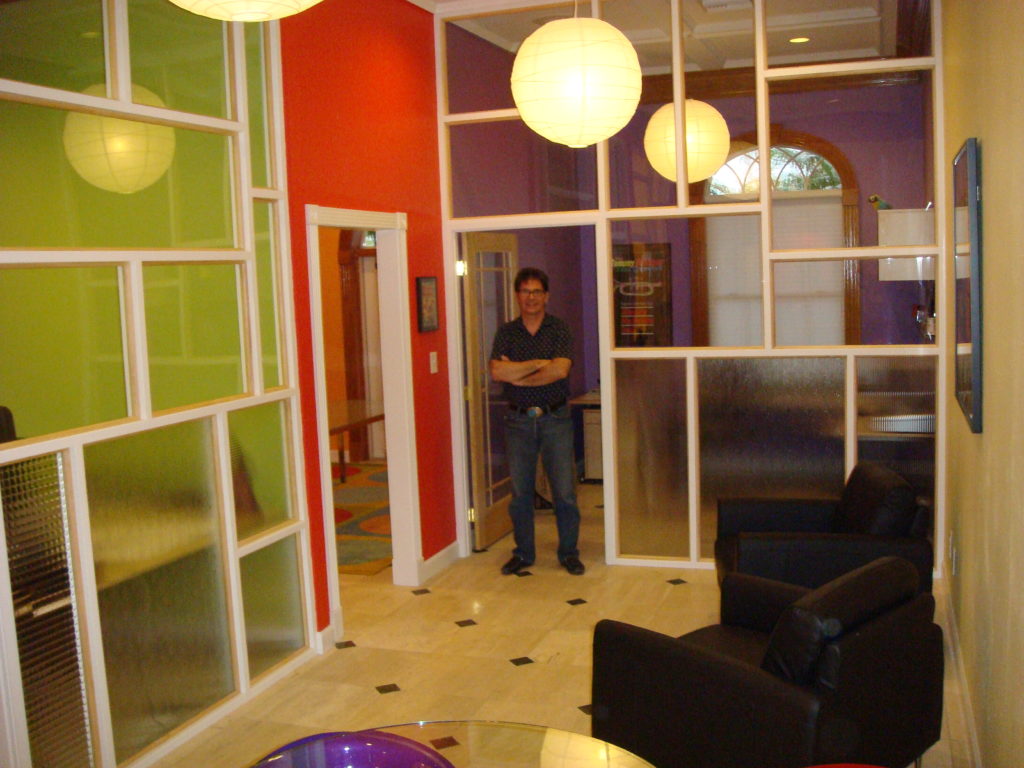 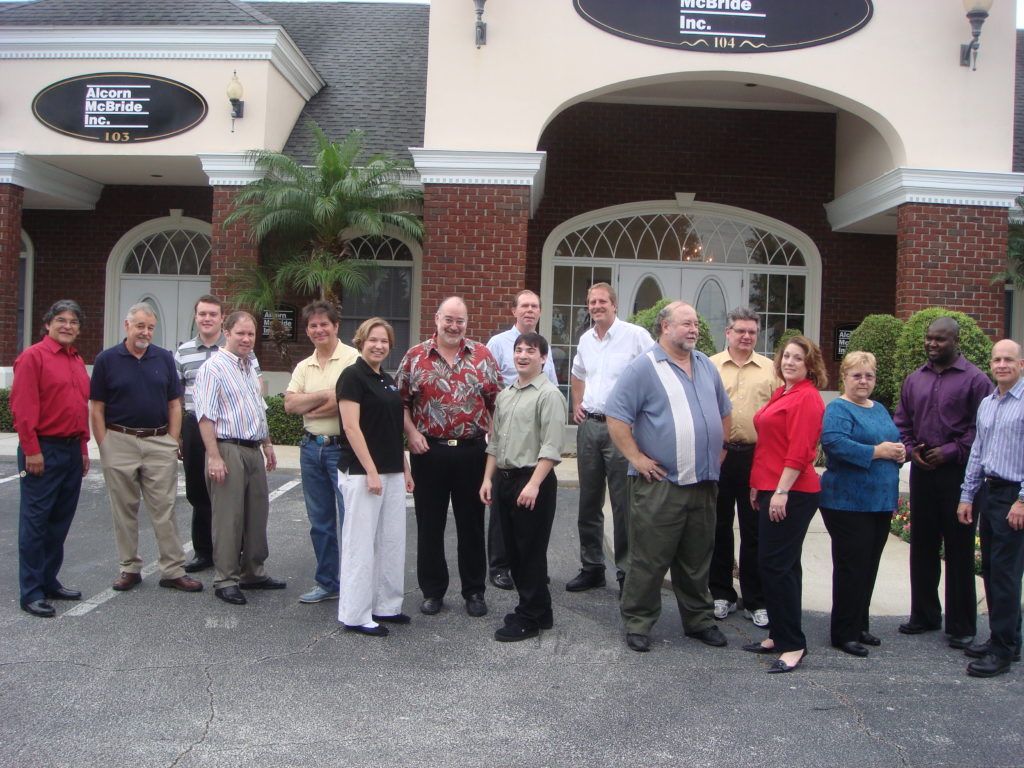 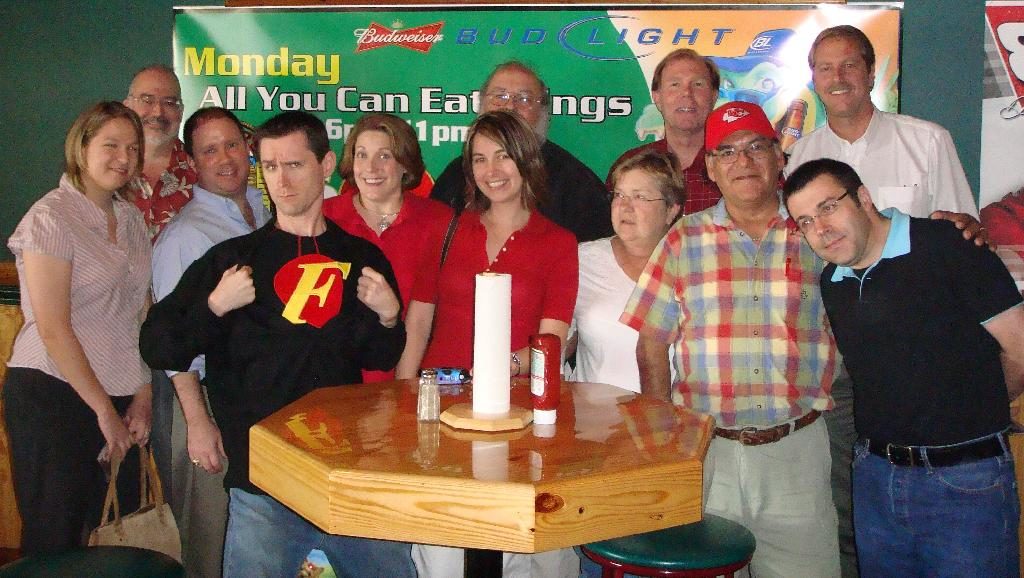 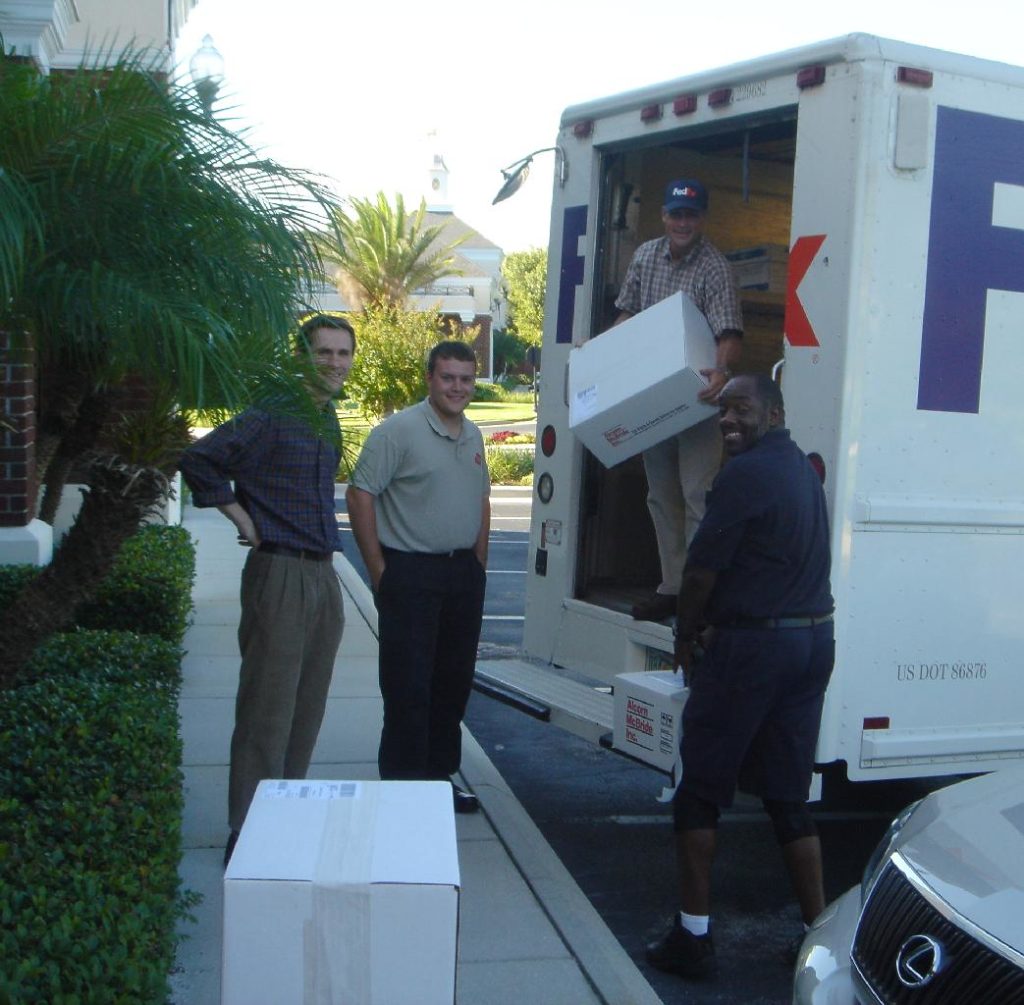 Chris, Scott and Mike help Ricky load the FedEx truck prior to the arrival of Hurricane Frances, September 2004. 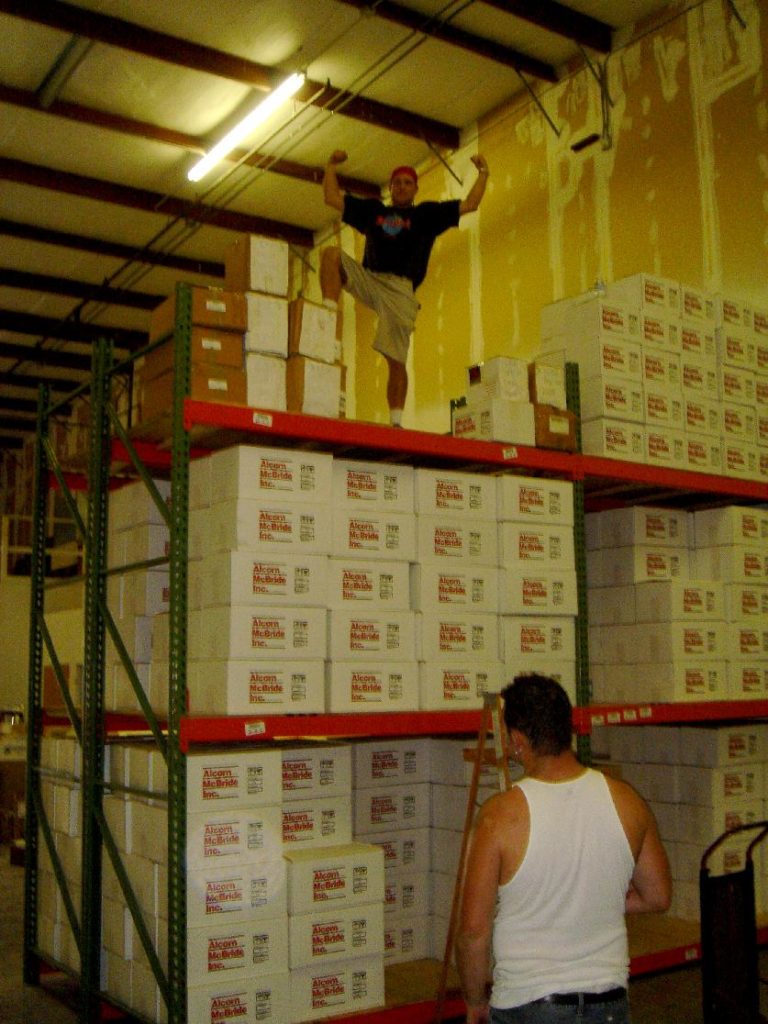 Orlando Mayor Glenda Hood visits Alcorn McBride to congratulate us on being in the FAST 50 (one of the fastest growing technology companies in Central Florida) for the third year in a row. (l to r)  David, Martin, Nicole, Dani, Scott, Grace, Chris S., Mayor Hood, Steve, Mike, Tamara, Tom, Jim, Chris H. (In Germany at the time: Jeremy) 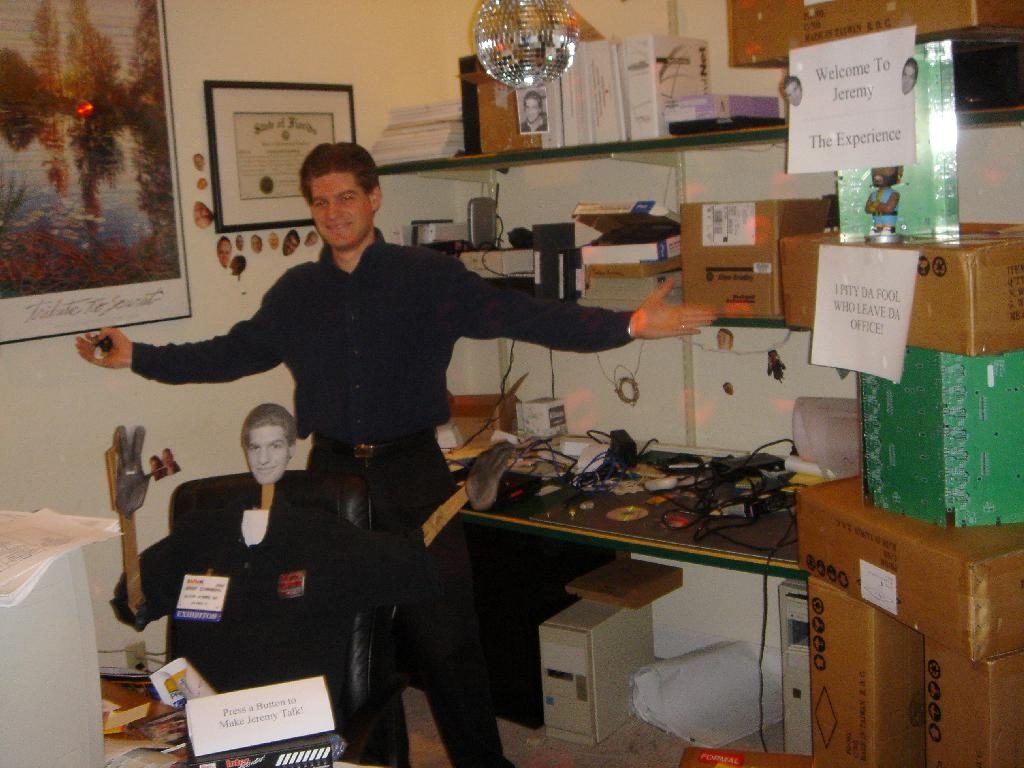 Jeremy returns from a trip to find his office redecorated, complete with show control, audio and a disco ball. 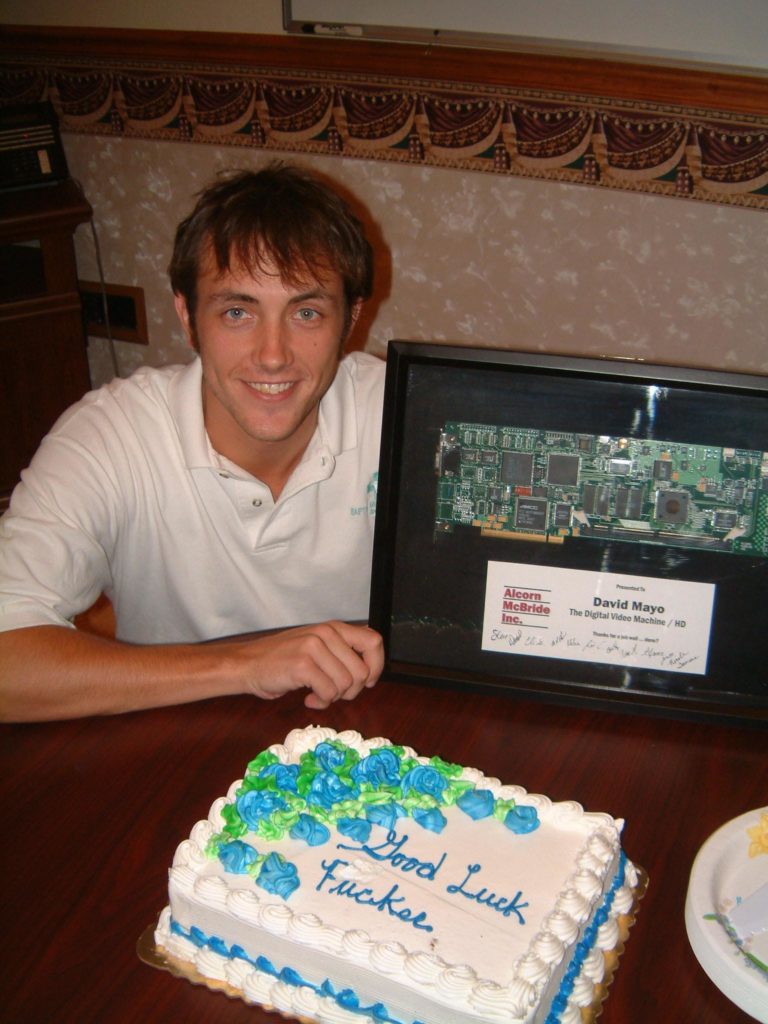 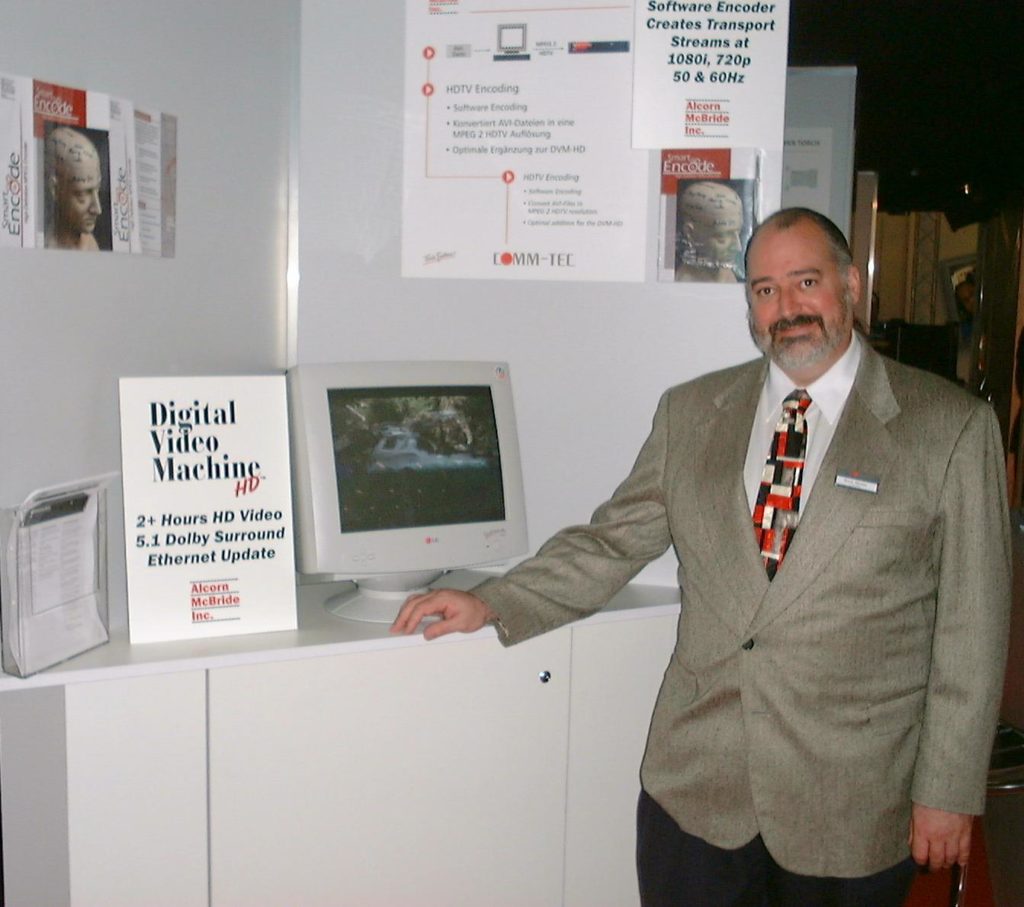 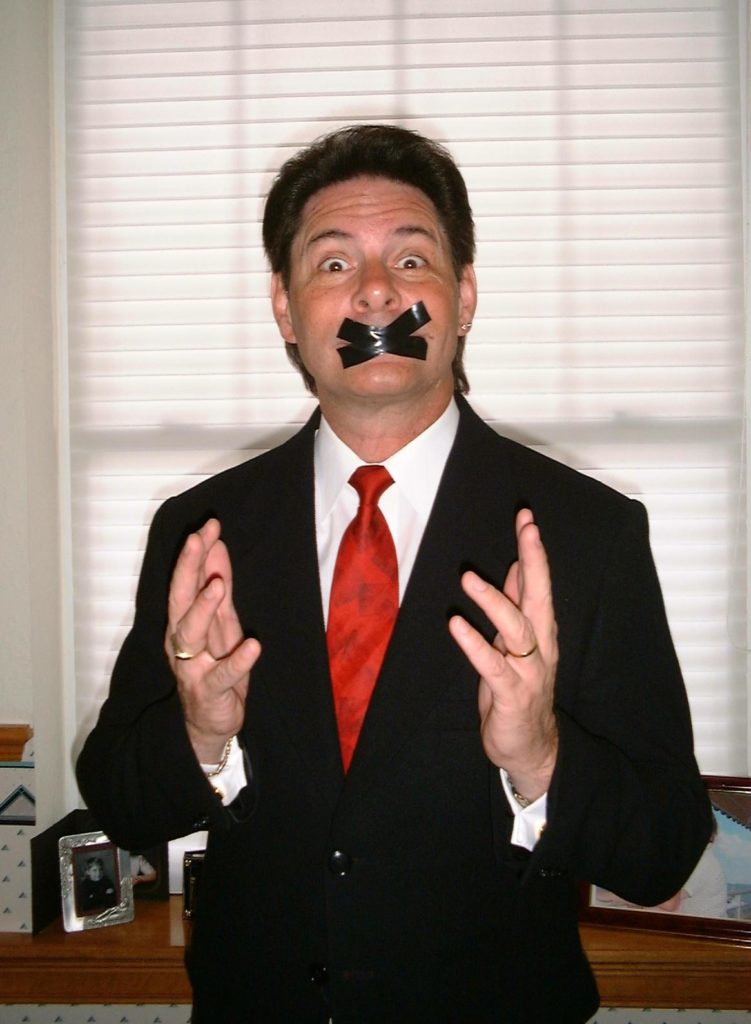 We taped up David Geoghegan for an ad photo, and boy was it an improvement. 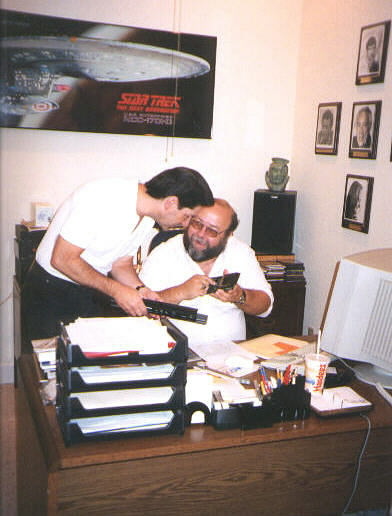 David Geoghegan and Martin Chaney delicately discuss the fine points of a new design: “Why doesn’t this fit, you friggin’ idiot?!!” 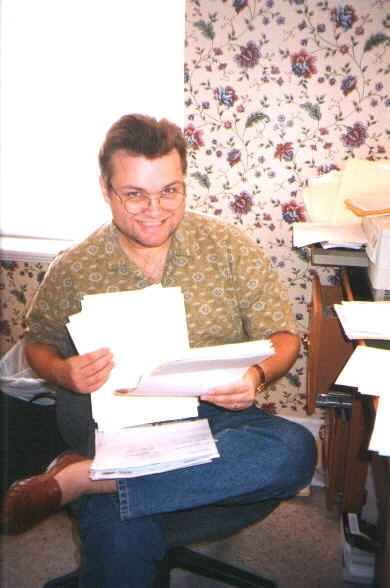 Earl Green trying to get the Krazy Glue off of his teeth. 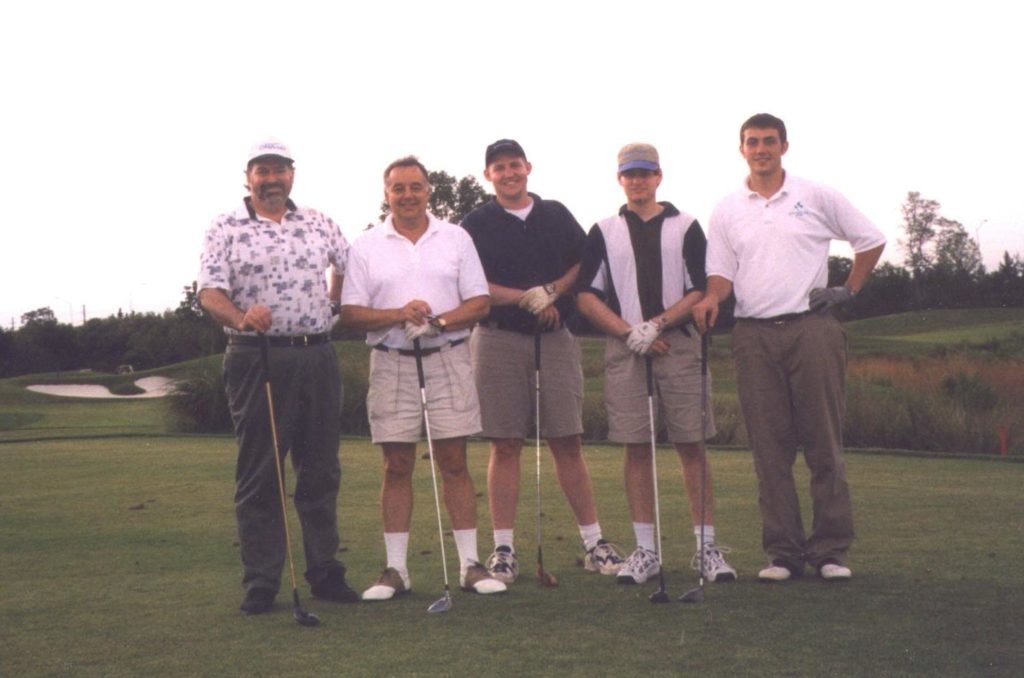 Four idiots and a golfer at Celebration Golf Course, May 1999: Steve, Tom Gottshalk, Jason Crew, Jeremy Scheinberg and David Mayo. We’ll let you decide who the golfer is (hint: he’s on your right). 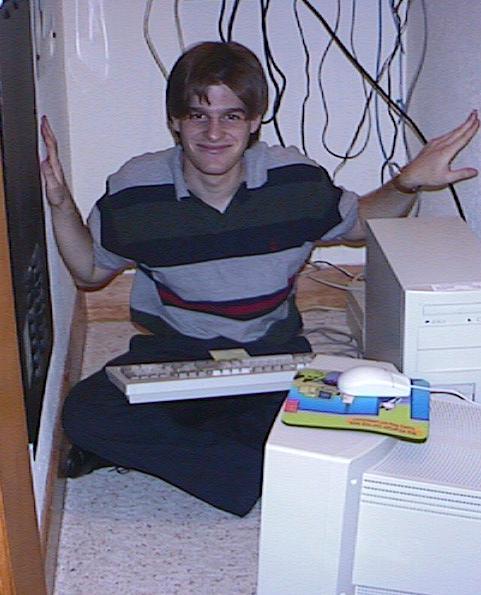 Jeremy Scheinberg’s least favorite picture. (This was before he came out of the closet.) 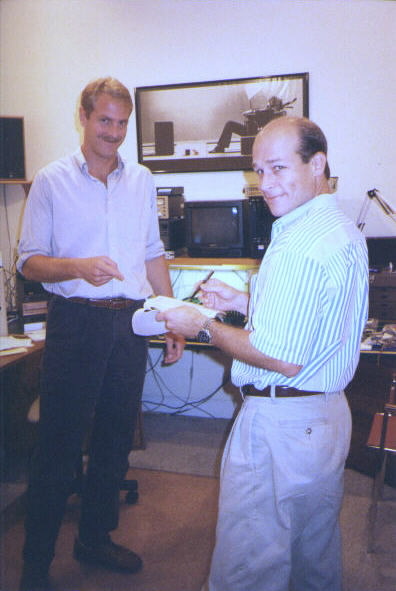 Jim Carstensen and Mike Polder smirking about something. 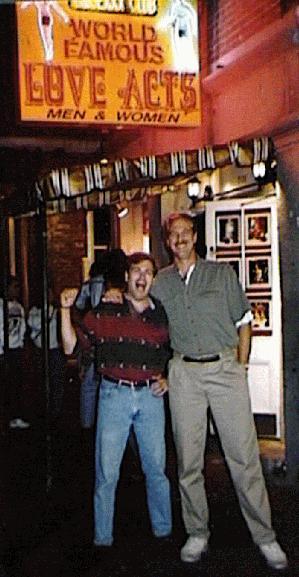 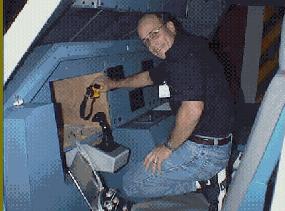 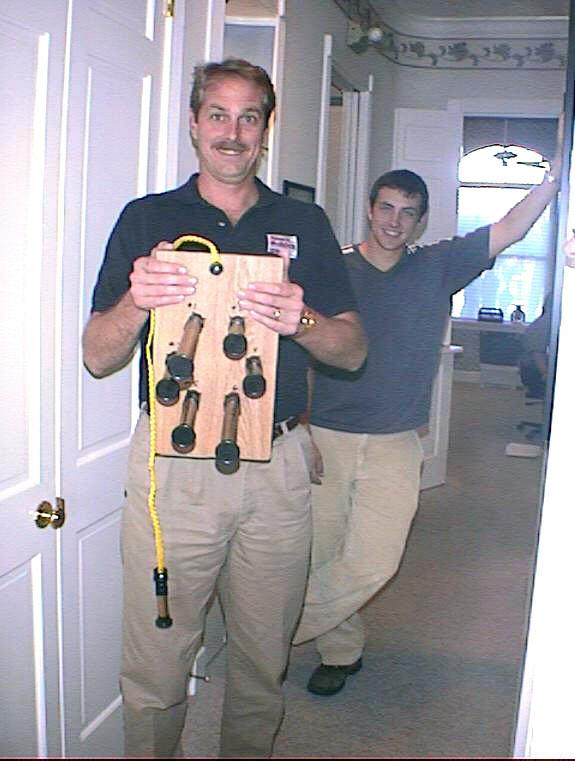 Jim Carstensen and David Mayo learn the fine points of steam whistle operation. This was actually a work-related project, believe it or not. 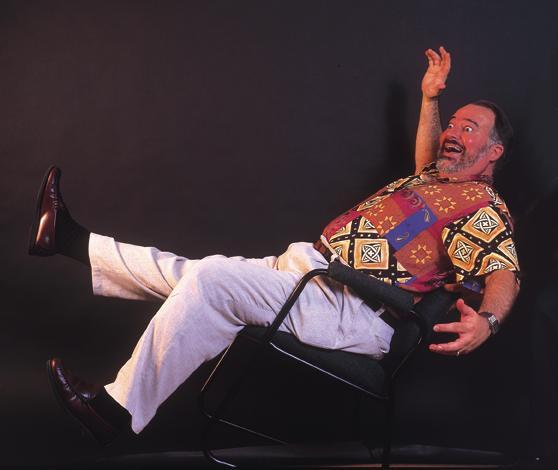 From the DVM2 advertising photo shoot. 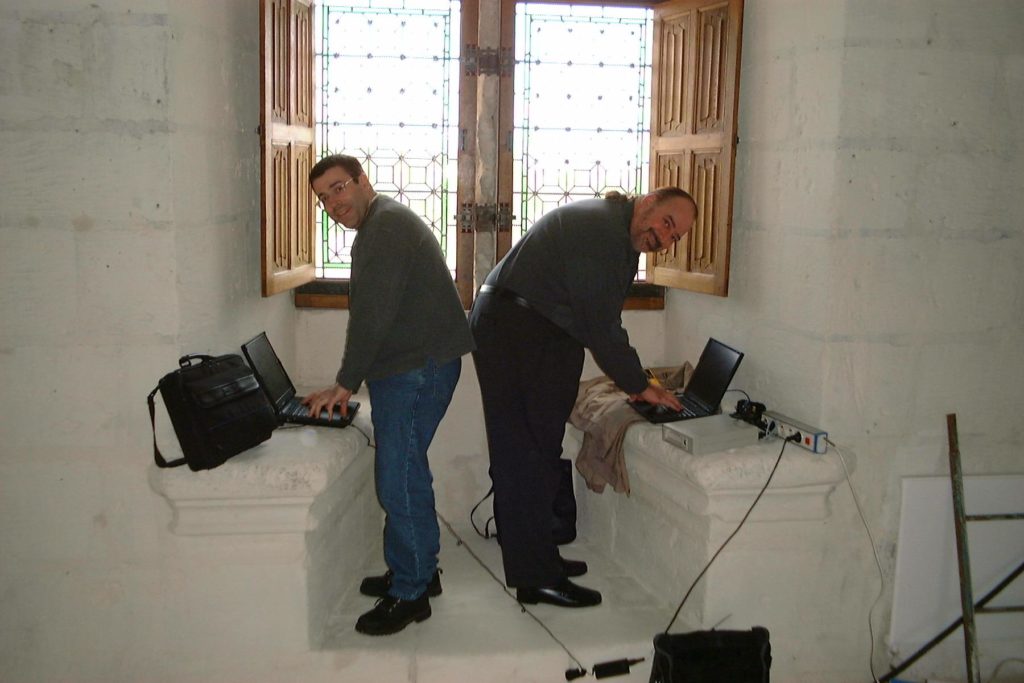 Henry Corrado and Steve programming at Chateau Montsoreau in the Loire valley. Is this what they mean when they say “making ends meet”? 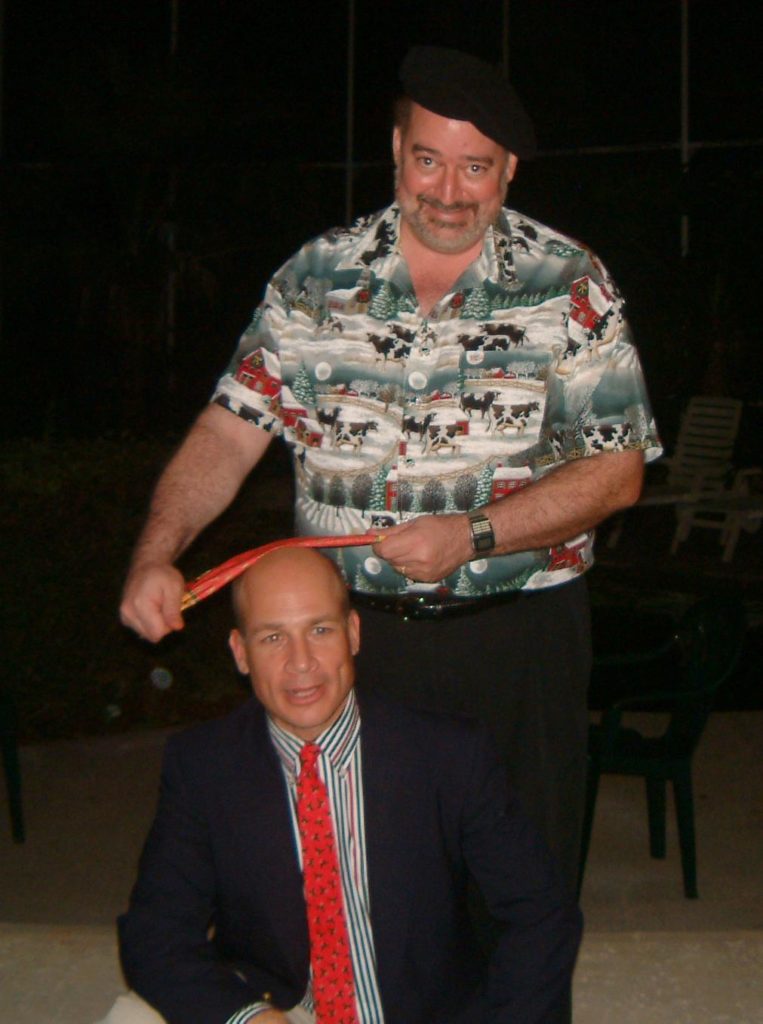 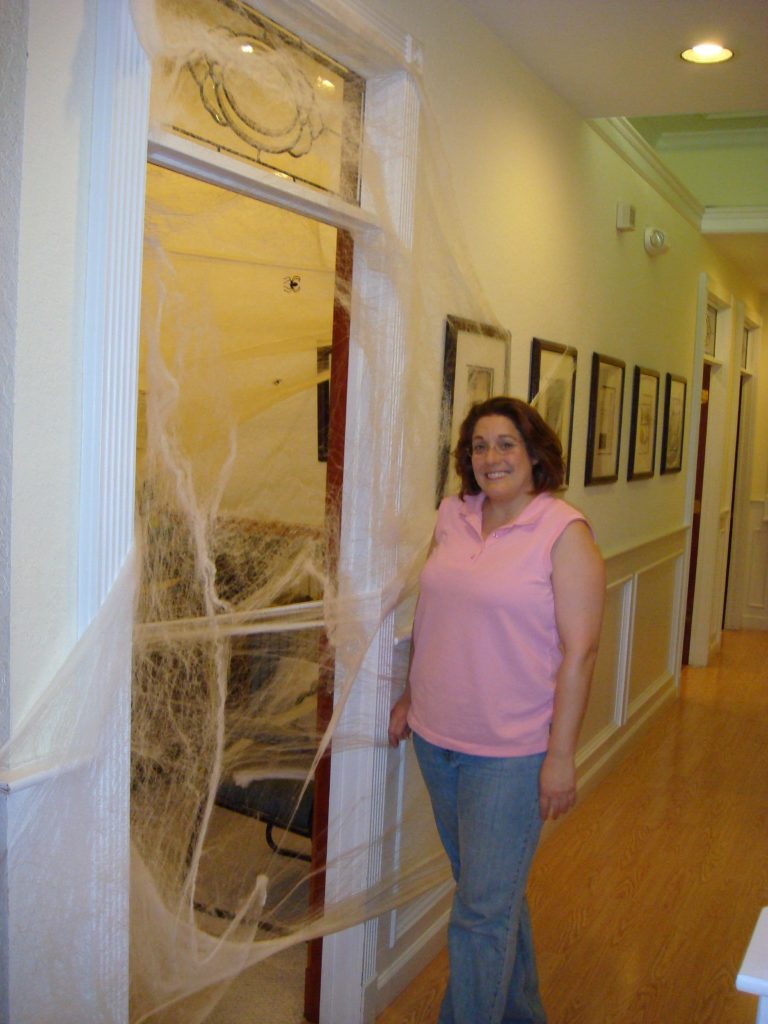 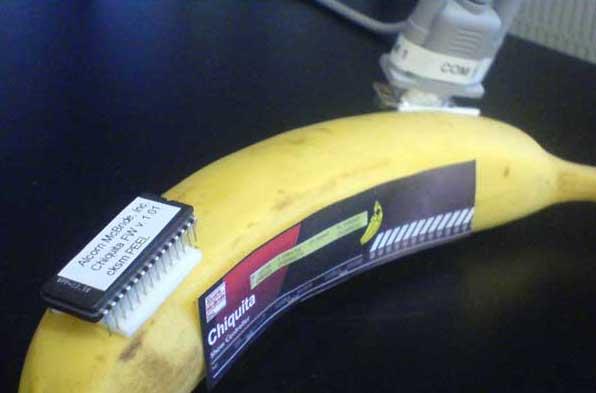 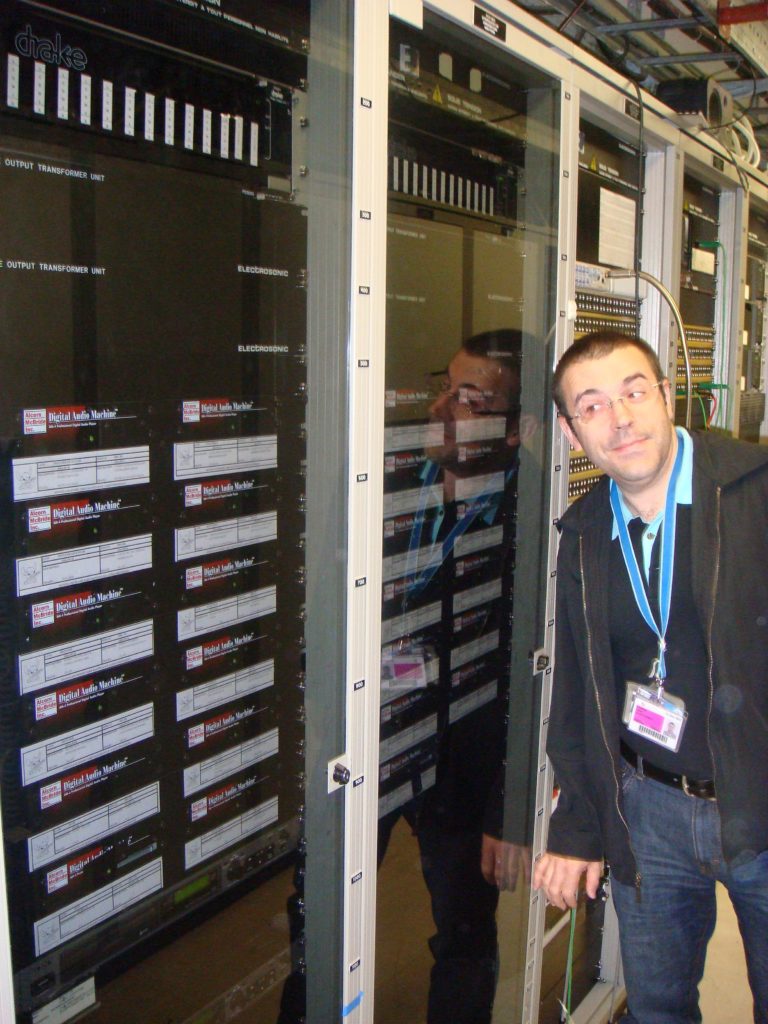 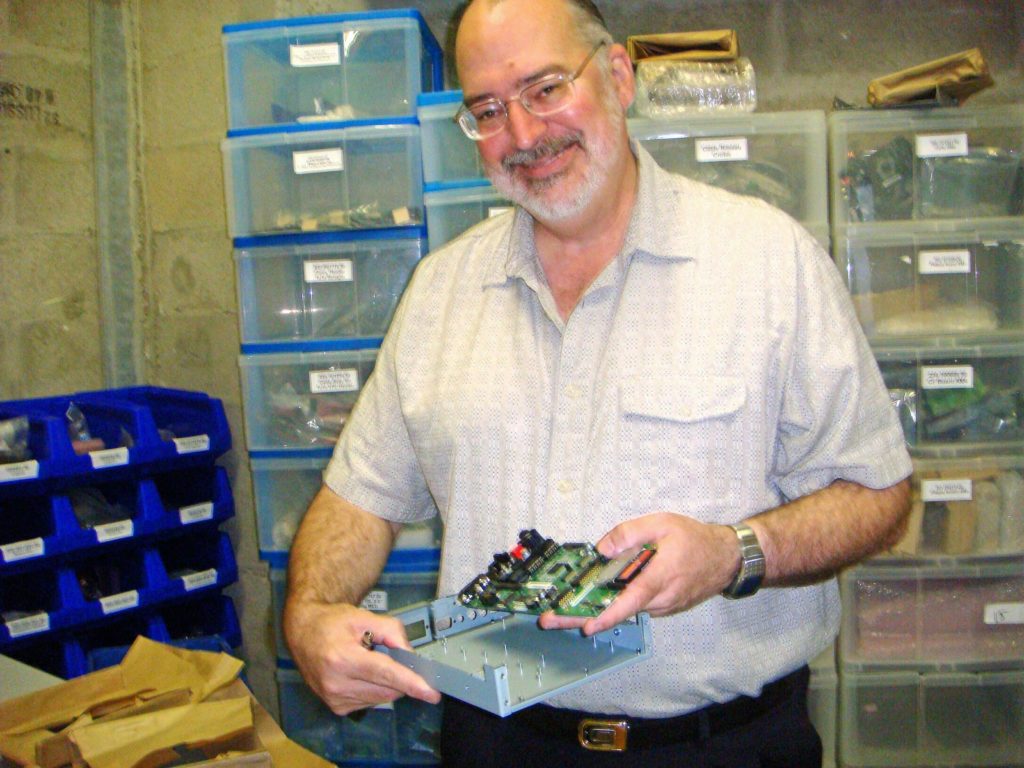 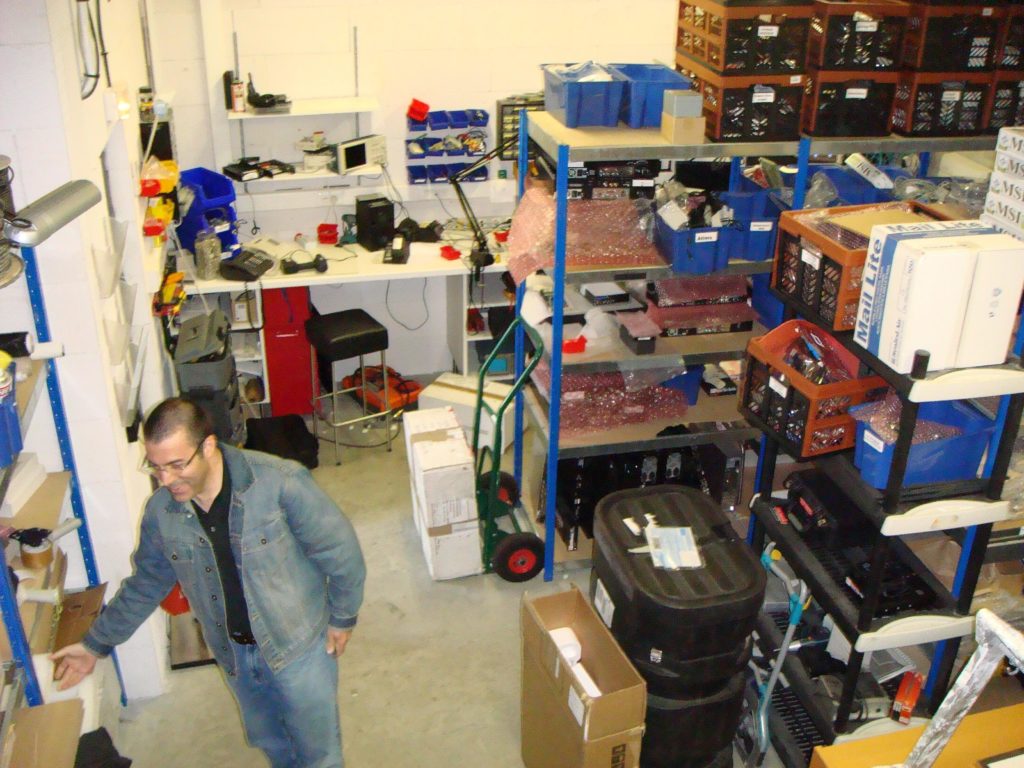 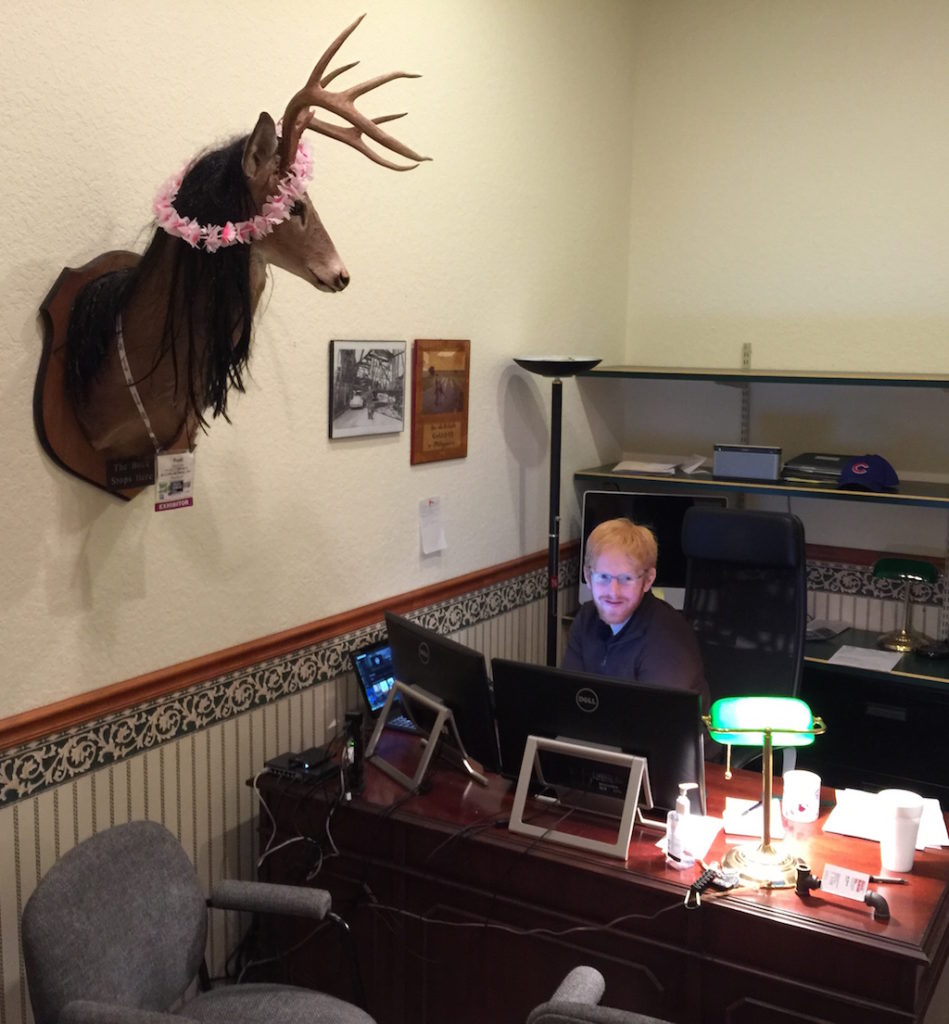 Alex and friend decorated for Christmas 2014.