I started tinkering with electronic kits even before taking an electronics class in the 11th grade. Most of it was to support my interest in music studio recording. A classmate and I started a company to make “fuzz” boxes for guitars, and I also ran a sound studio out of my mother’s house. In 1977, while working for Hughes Aircraft as a Master’s Fellow, I co-founded a company called MicroDaSys to develop what later came to be known as “PCs”.

After Epcot opened in 1982, I continued to work for WED until Christmas of 1983, first as the Ride Systems Engineer for imagination, then programming the parkwide monitoring system and helping open Horizons October 1, 1983.

In early 1984 he returned to California, and took a position as the Director of Engineering for Cambrian Systems, managing an engineering department of 45 people designing hard disk drive certifiers and development systems. But he wasn’t really happy being out of the entertainment industry, and soon took a position as the Vice President of Engineering for Linn Electronics, the inventors of the digital drum machine. Then in 1986 he founded Alcorn McBride Inc., and began developing musical instruments and theme park electronics for others. 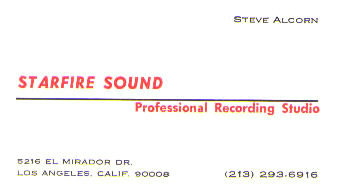 One of my many teenage entrepreneurial efforts, Starfire Sound was a recording studio that I built in our guest room. 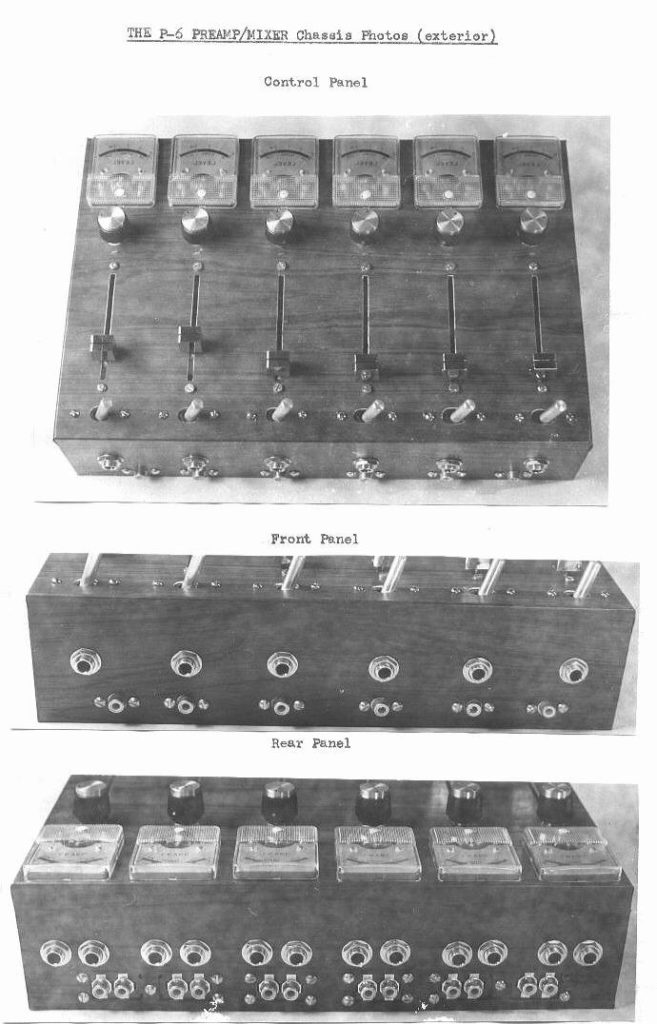 The very first electronic product I ever designed and built, for an electronics class in 1972. It was a multi-channel mixer and preamp. It almost worked. 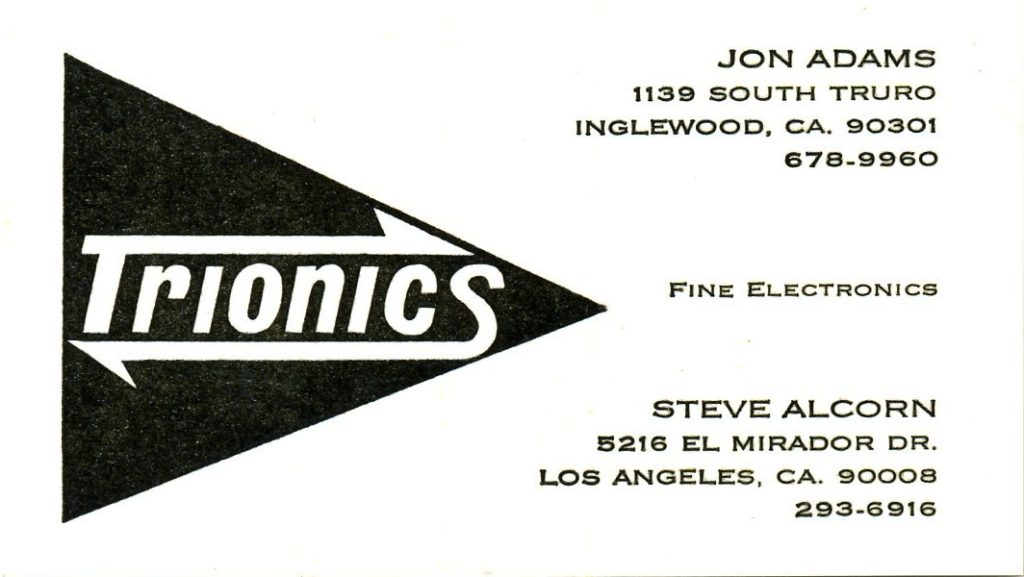 Trionics, a partnership with Jon Trent Adams. We made guitar fuzz boxes. By hand. For $10.

My first real company. MicroDaSys was a computer maker in the days before the IBM PC was invented. Originally selling kits, we later ventured into business systems and the 68K, a predecessor to computers like the Macintosh. 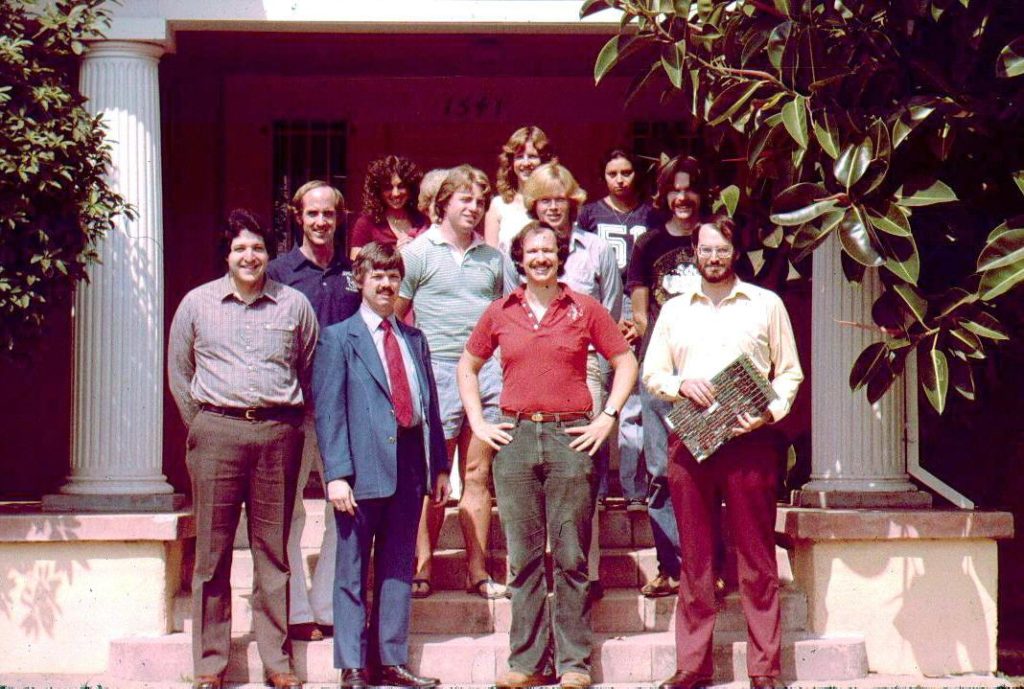 MicroDaSys’ staff in 1980 in front of the house on Manhattan Place that we used as an office. 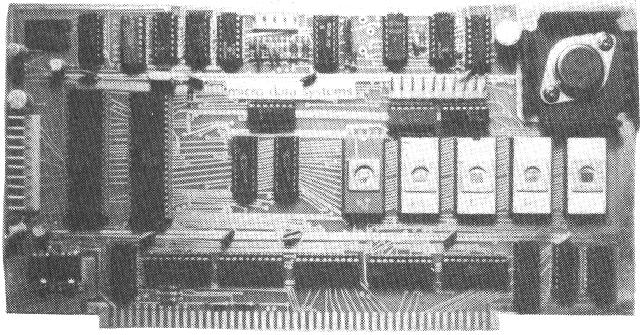 MicroDaSys’ original products were S-100 bus boards, sold mostly as kits. Linda and I remember many late evenings sitting on the living room floor counting parts for the kits. This was our first board, the MD-690A, a 6802-based S-100 card. 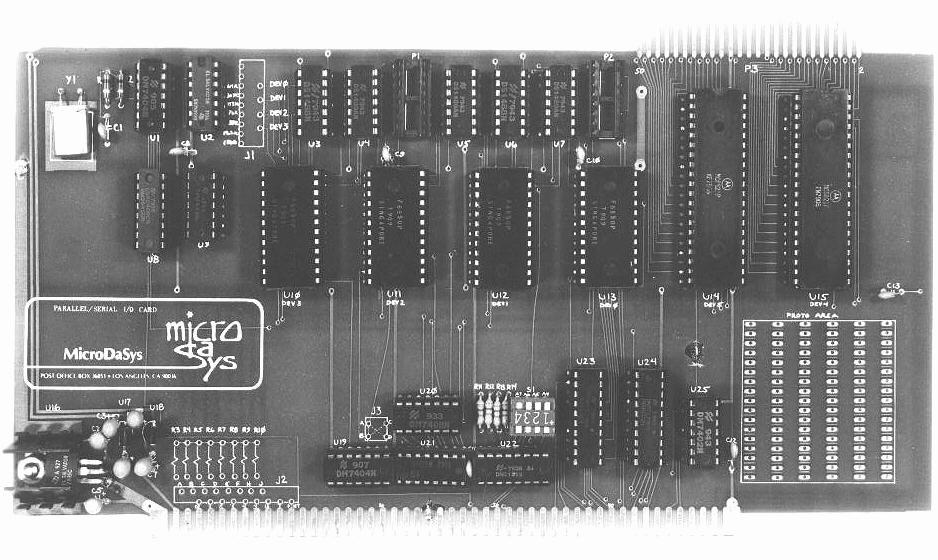 This was an I/O board. 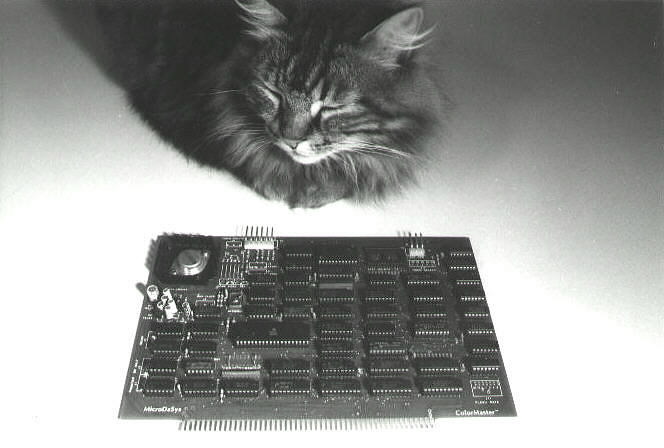 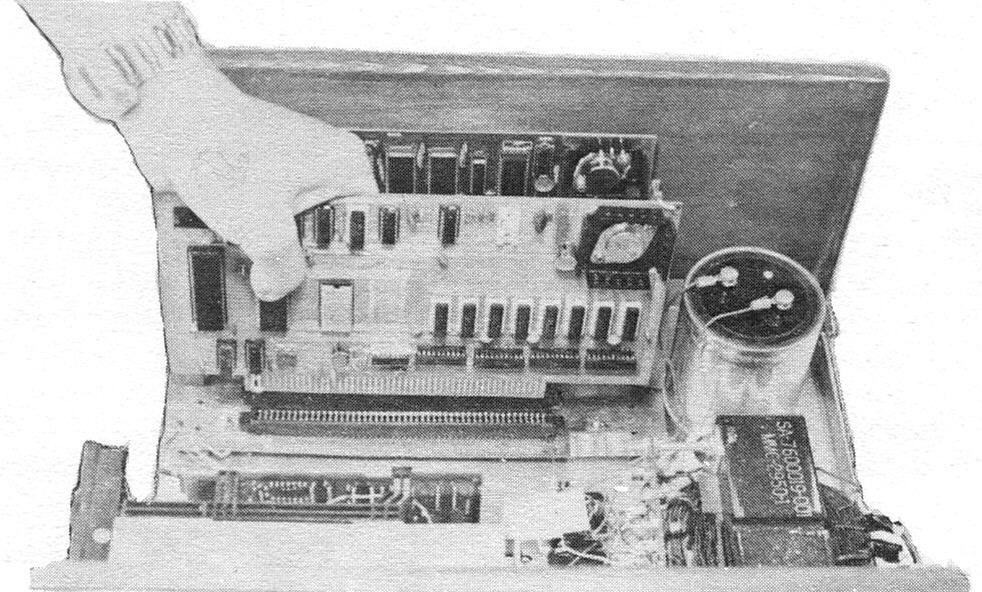 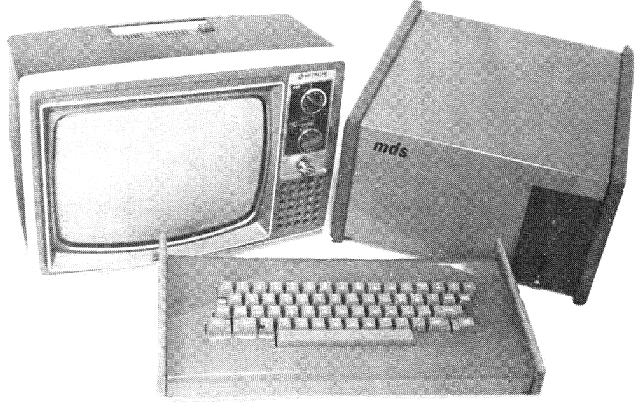 Our very first system. We bent the keyboard housing’s Lucite panels in my mother’s oven. 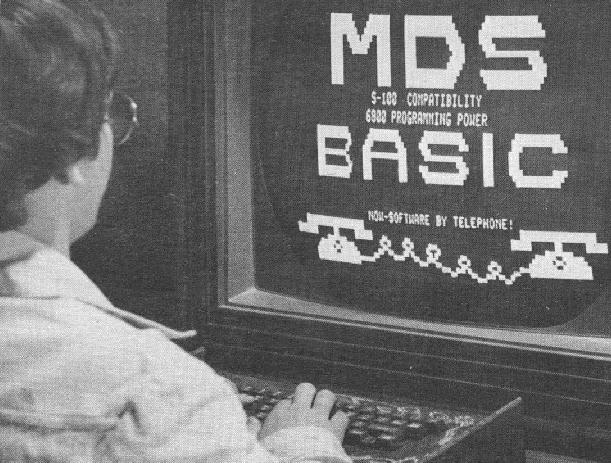 We were an early developer of BASIC language for microcomputers, modifying the same version that Bill Gates started with. 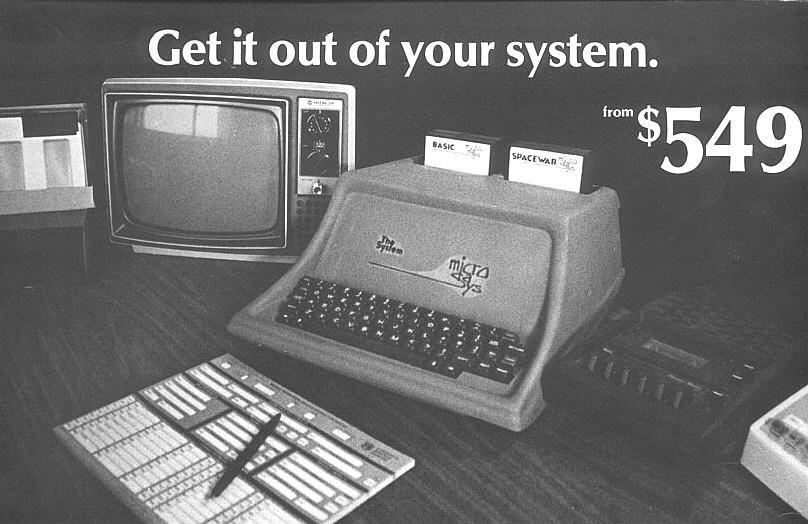 This was our System-1. A big step forward was the custom-designed vacuum-formed case. 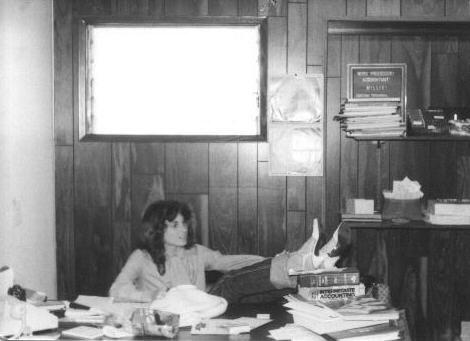 Jill Weisman in the house on Manhattan Place that we used as an office.

Robert Alkire, design engineer, with the boards from the 68K miniframe, the first microcomputer with virtual memory. 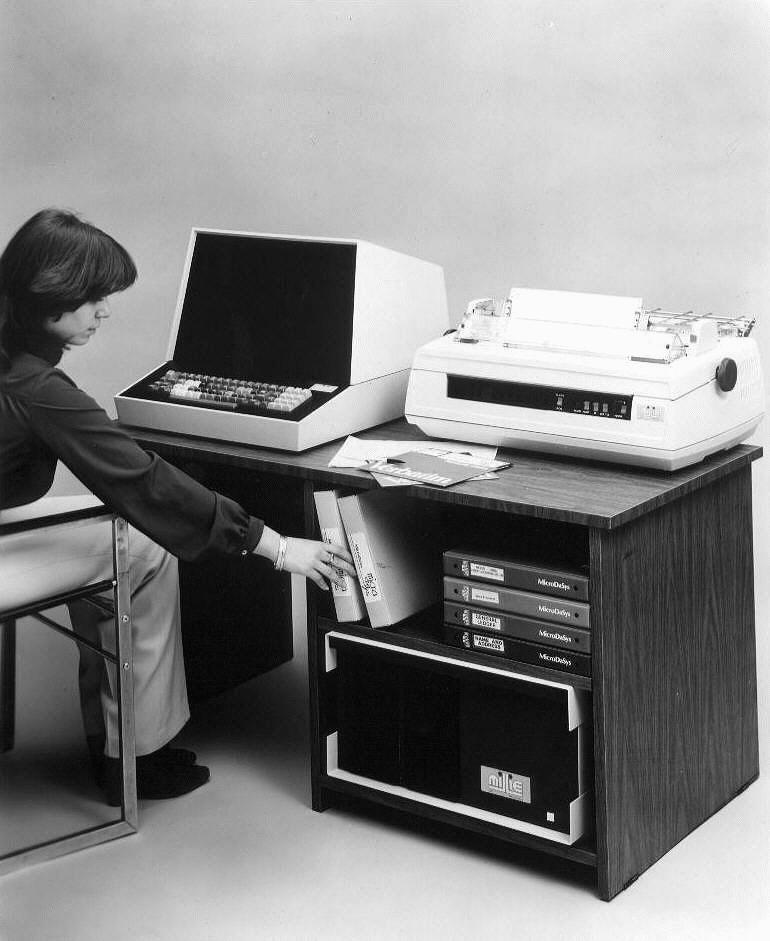 We later combined the board into an 8080-based computer that ran accounting and word processing programs. It was sold under the brand name “Millie”, which was a name invented by our Dutch distributors. 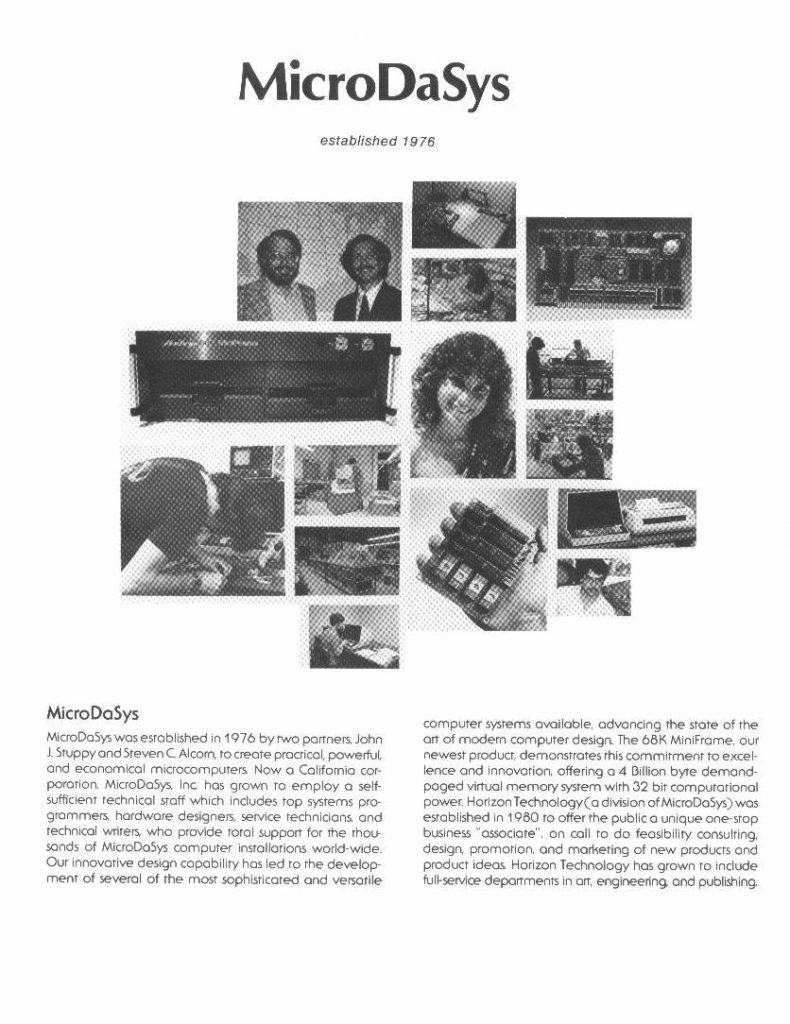 This was an annual prospectus we issued in 1981. Unfortunately it didn’t anticipate the impact of IBM’s arrival in the then-new microcomputer market. 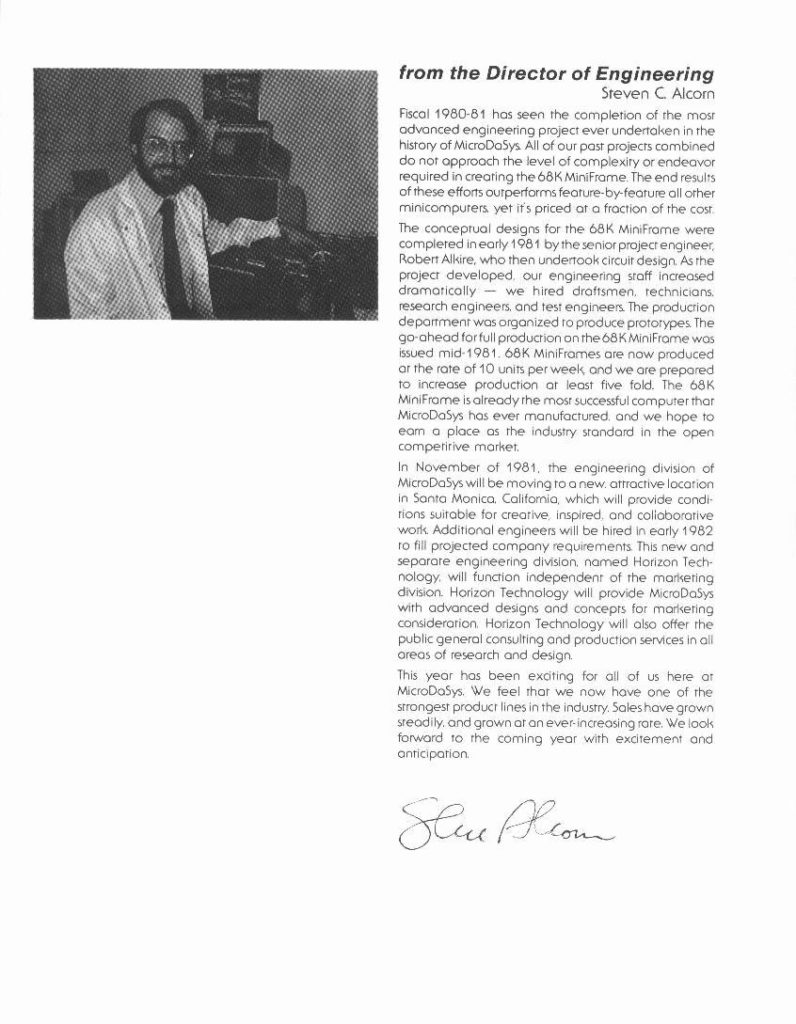 A report from the Director of Engineering! 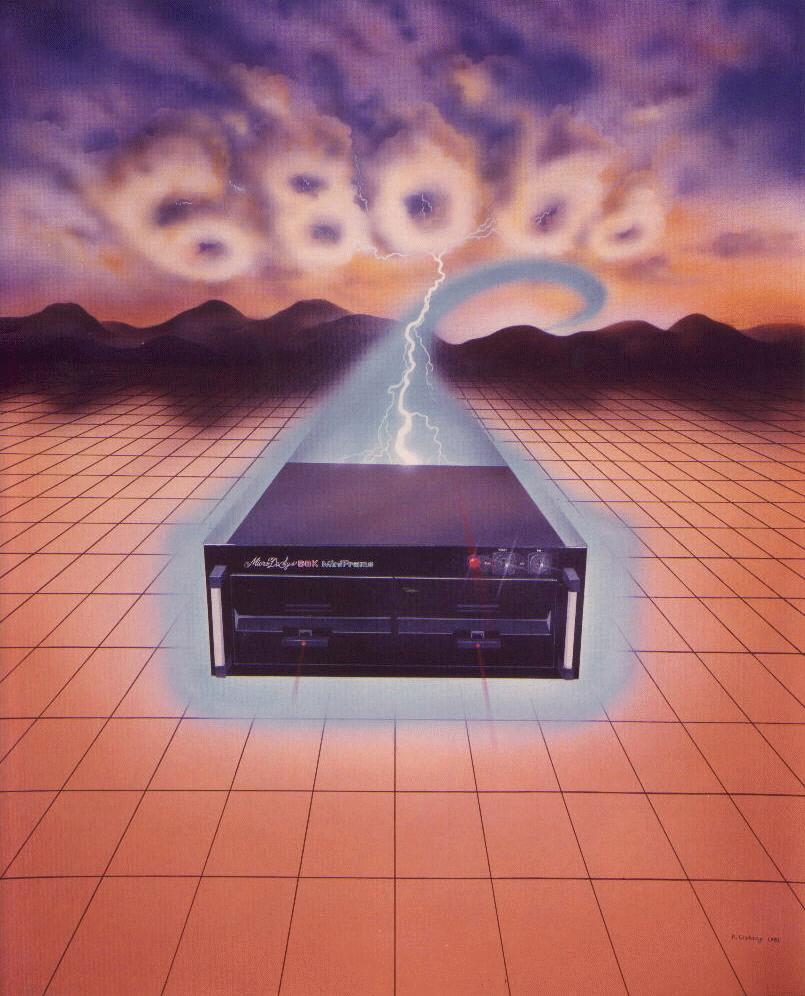 An ad for our most advanced product, the 68K Miniframe, the first 68000-based computer to incorporate virtual memory. 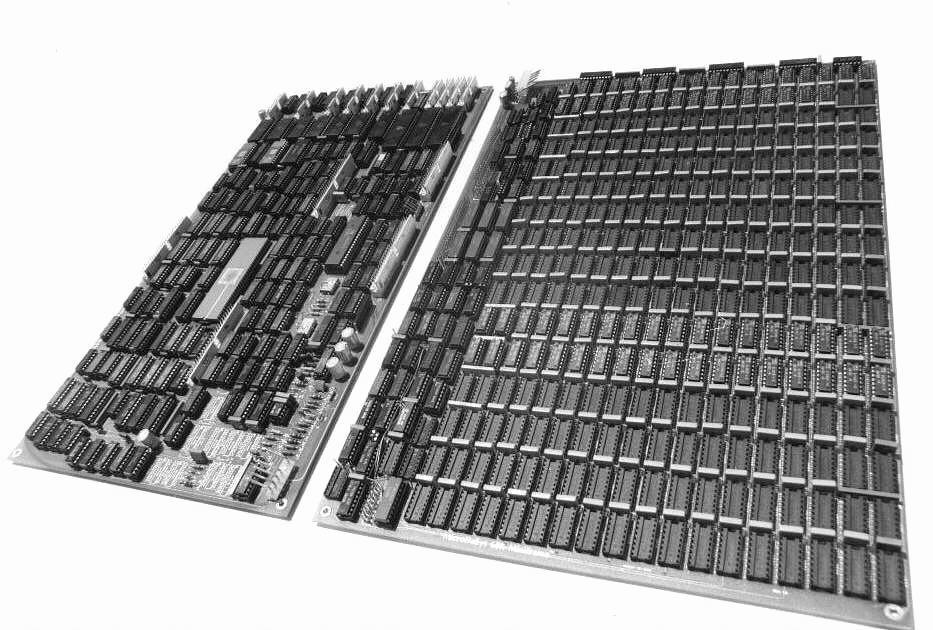 The boards for the 68K Miniframe were BIG. That’s 4 MB of memory, a phenomenal amount at the time. 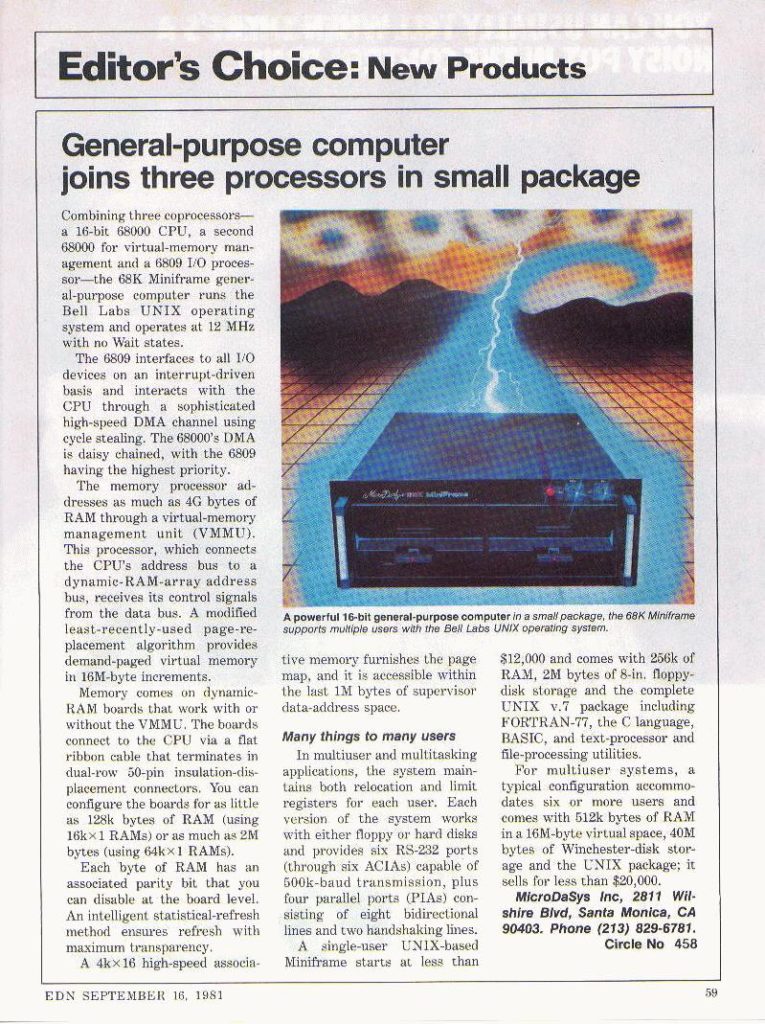 Then from 1982 through 1983 I worked as a consultant on Epcot Center. See the Epcot Page. 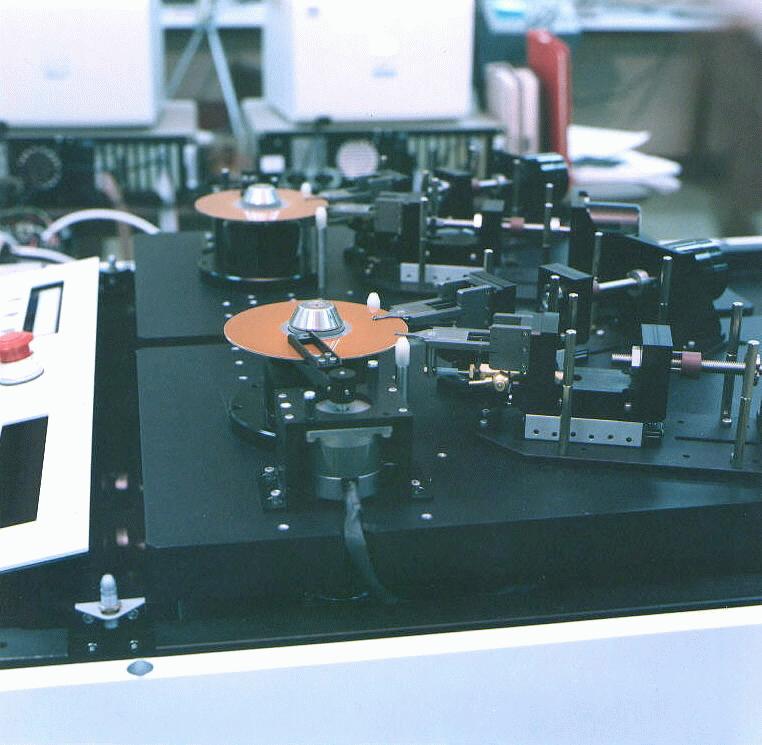 In 1984 I was hired as Director of Engineering for Cambrian Systems, which built the half-million dollar hard disk development systems on granite blocks. They included laser interferometer positioning systems with resolutions of 0.3 micro inches. Systems such as this certifier and our servo track writer were used by companies like IBM to develop next-generation disk drives. 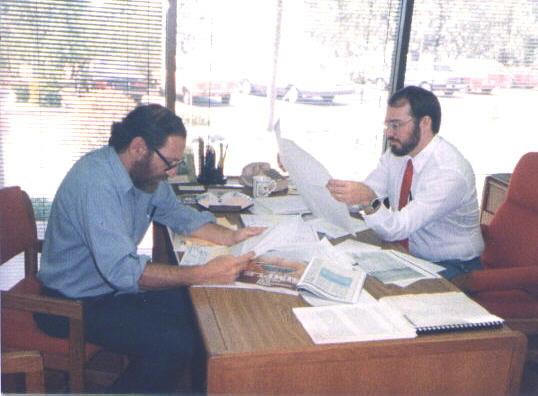 Bernie Kline, one of my 40 design engineers, in my office. 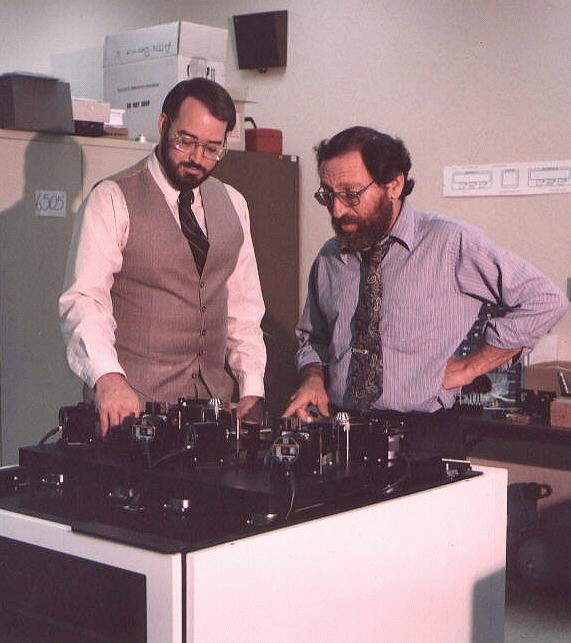 A nattily dressed Steve confers with Bernie Kline about a new design. 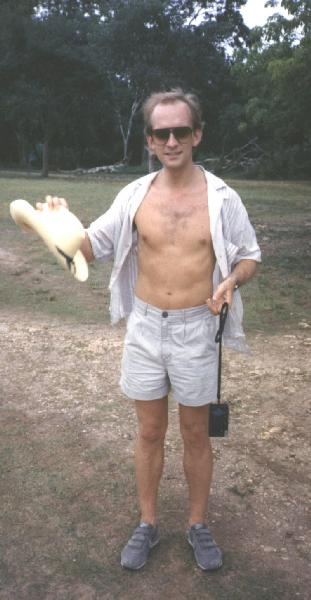 In late 1984 I had the opportunity to go to work for Roger Linn, as Vice President of Engineering and later Chief Operating Officer for Linn Electronics, the developer of the Digital Drum Machine. 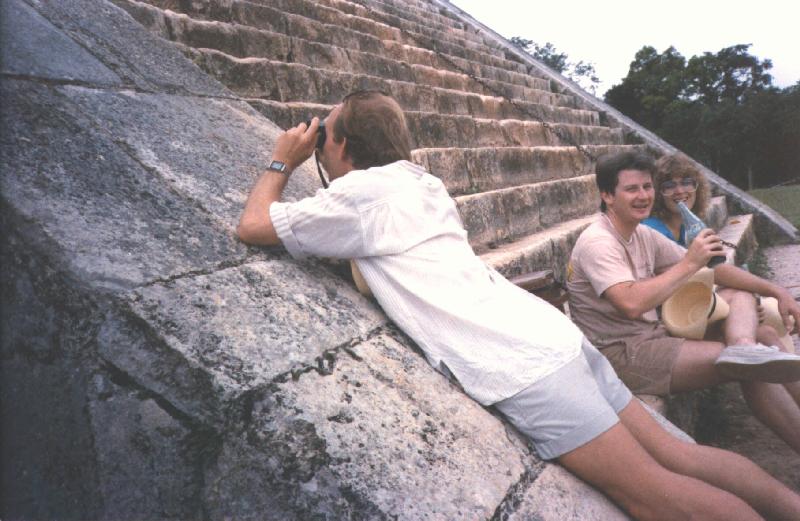 Roger at Chichenitza in the Yucatan Peninsula after the Namm show in New Orleans. 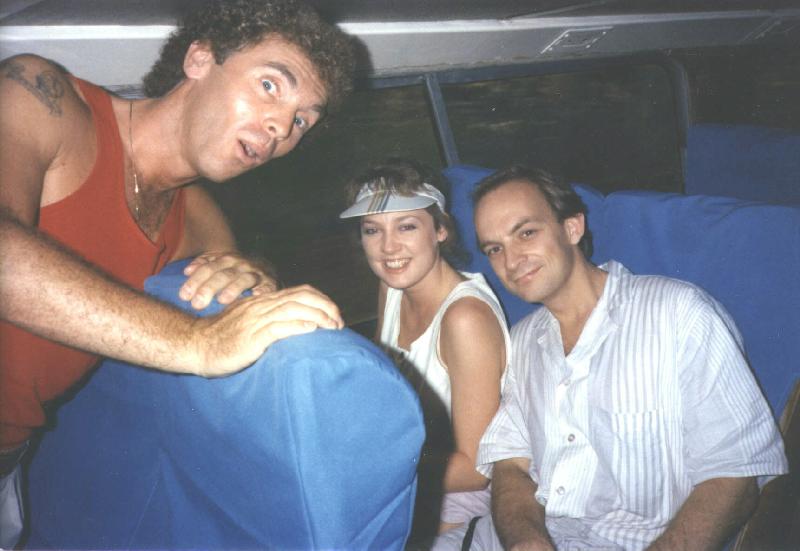 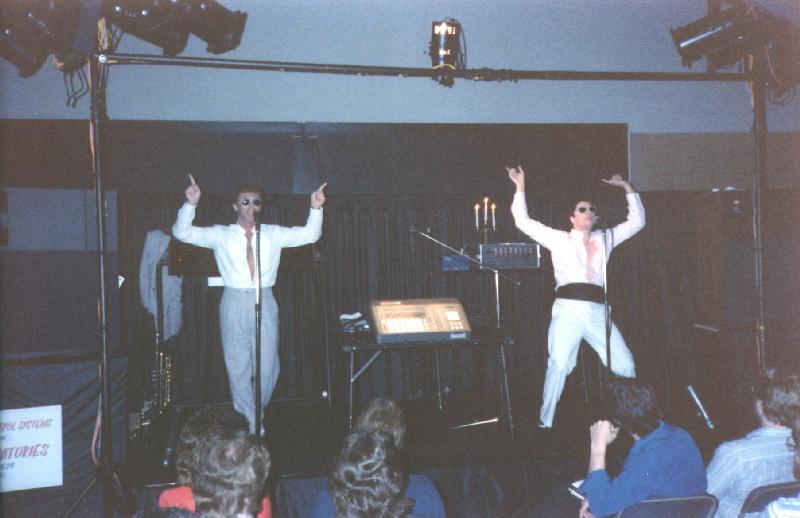 Bob and Billy on stage at the Namm show, debuting the Linn 9000 Drum Machine and sequencer. 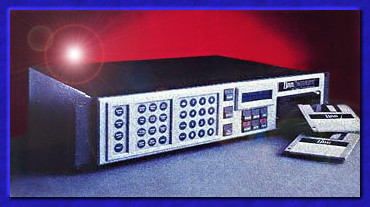 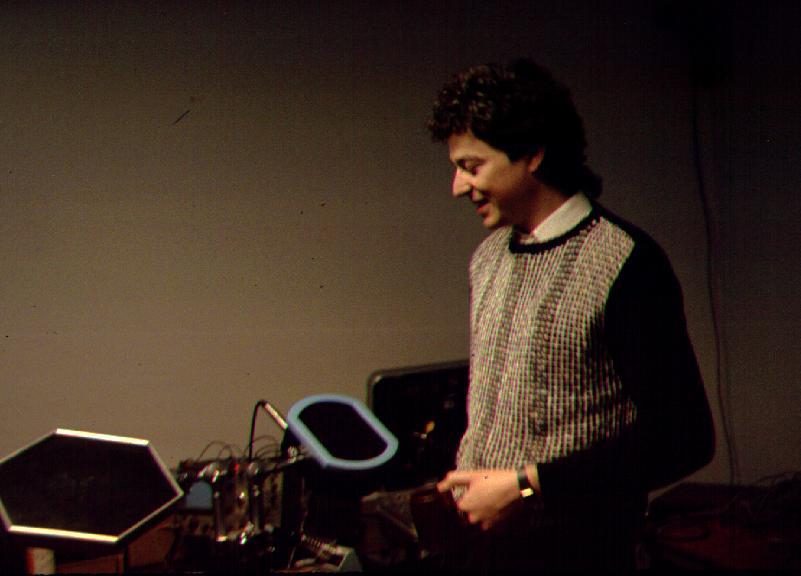 Cliff Elion, one of the design engineers. 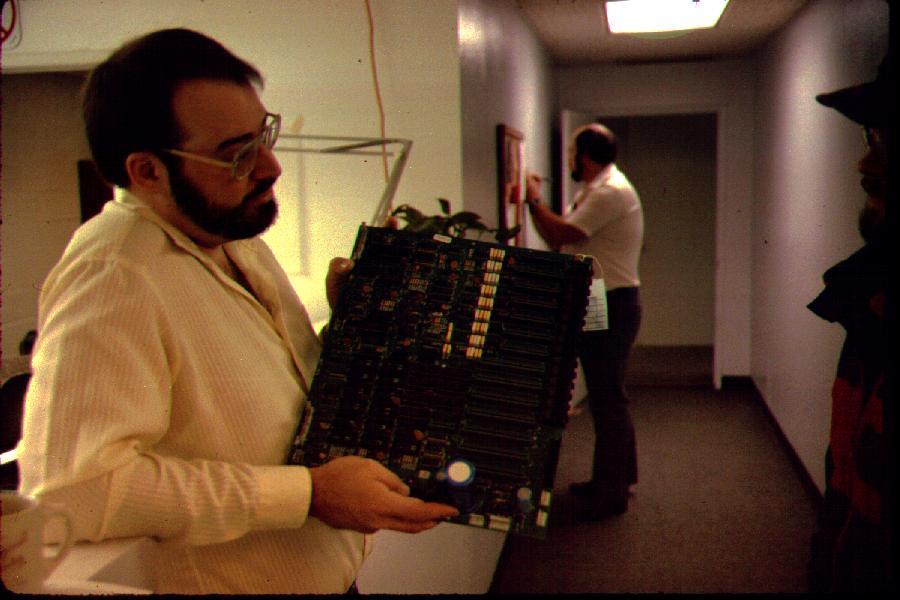 Steve and Martin at Linn, with circuitry from the Linn Drum Midi Studio. 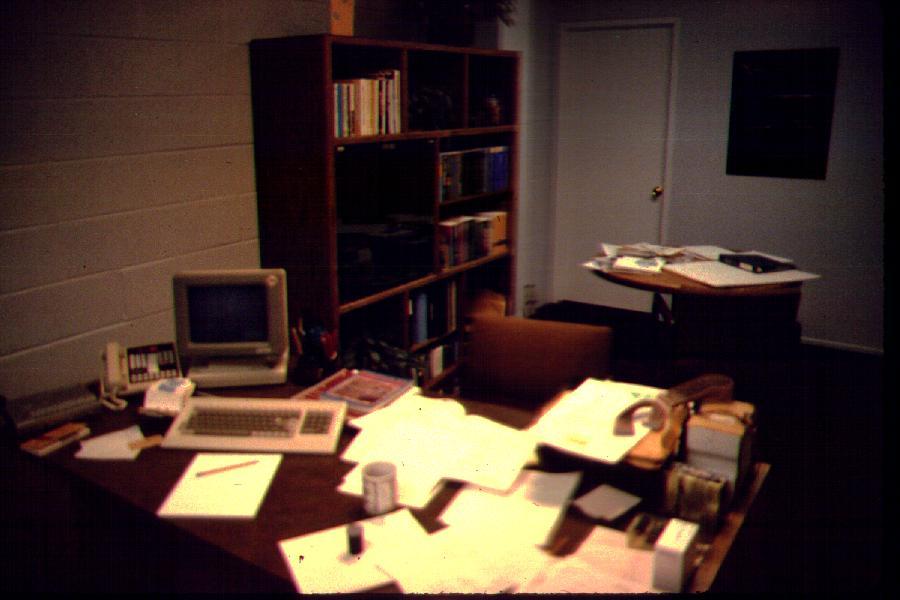 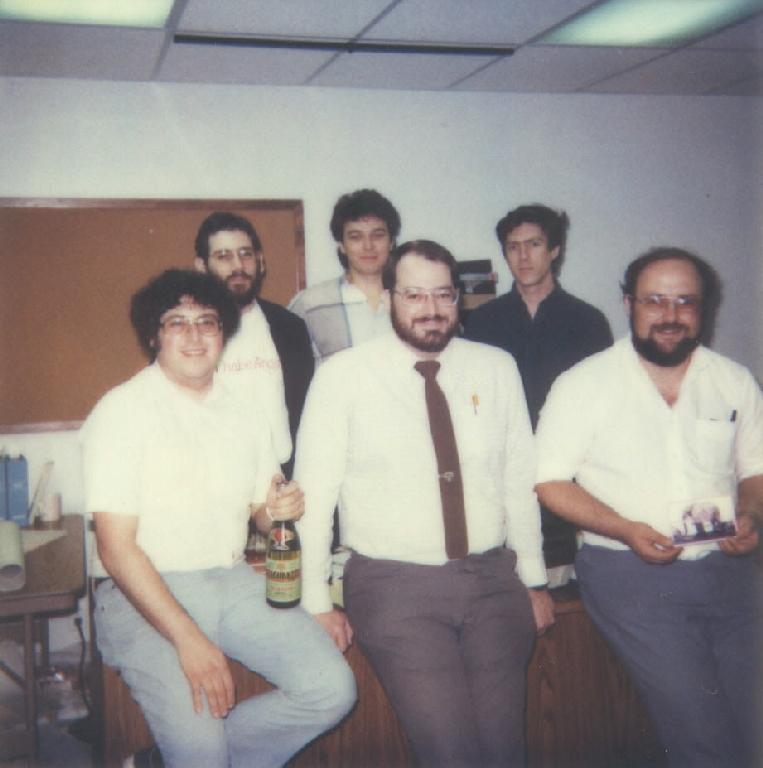