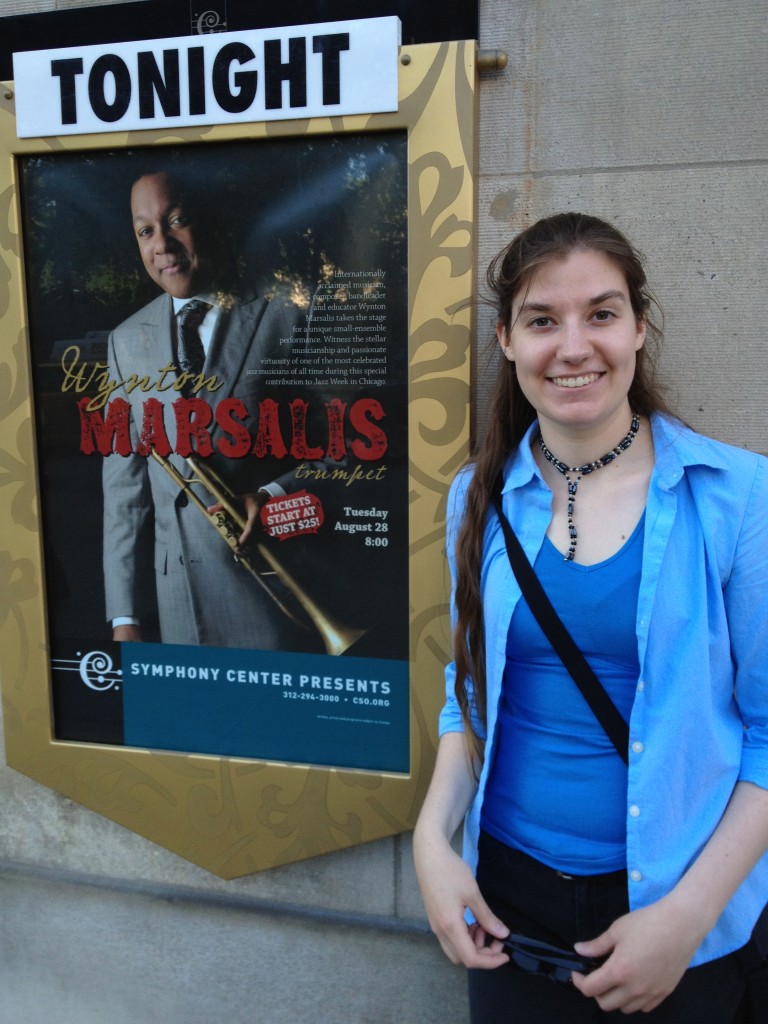 We decided to check out the downtown venue used by the Chicago Symphony, but since they are playing opera at Ravinia, we went to a jazz concert by the Wynton Marsalis Quintet. 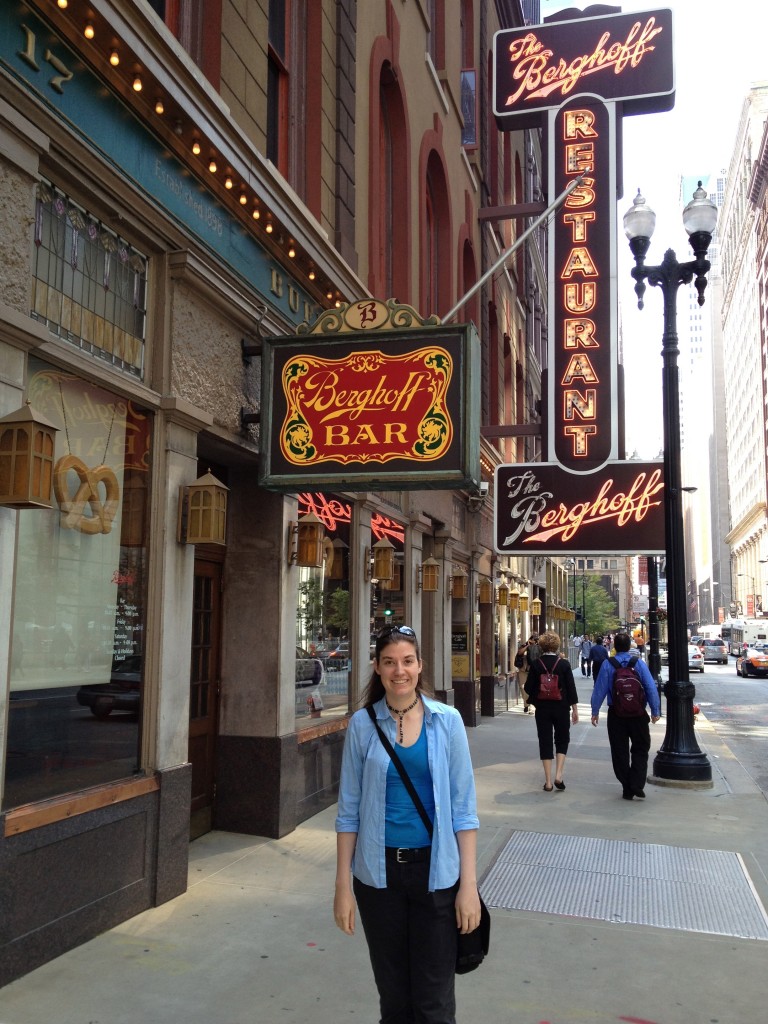 Before the concert we had lunch at one of the oldest restaurants in the country, The Berghoff, which serves a unique and flavorful take on German food, with a few other cuisines thrown in.

Then we visited the Museum of Contemporary Photography, an exhibit space at Columbia College, one of the half dozen colleges lining the area between Michigan Avenue and State Street. The exhibition was more about politics than great photography, but it was interesting. The most engaging exhibit was actually a film where talented and well-rehearsed performers acted out a domestic drama constructed from excerpts of political interviews. 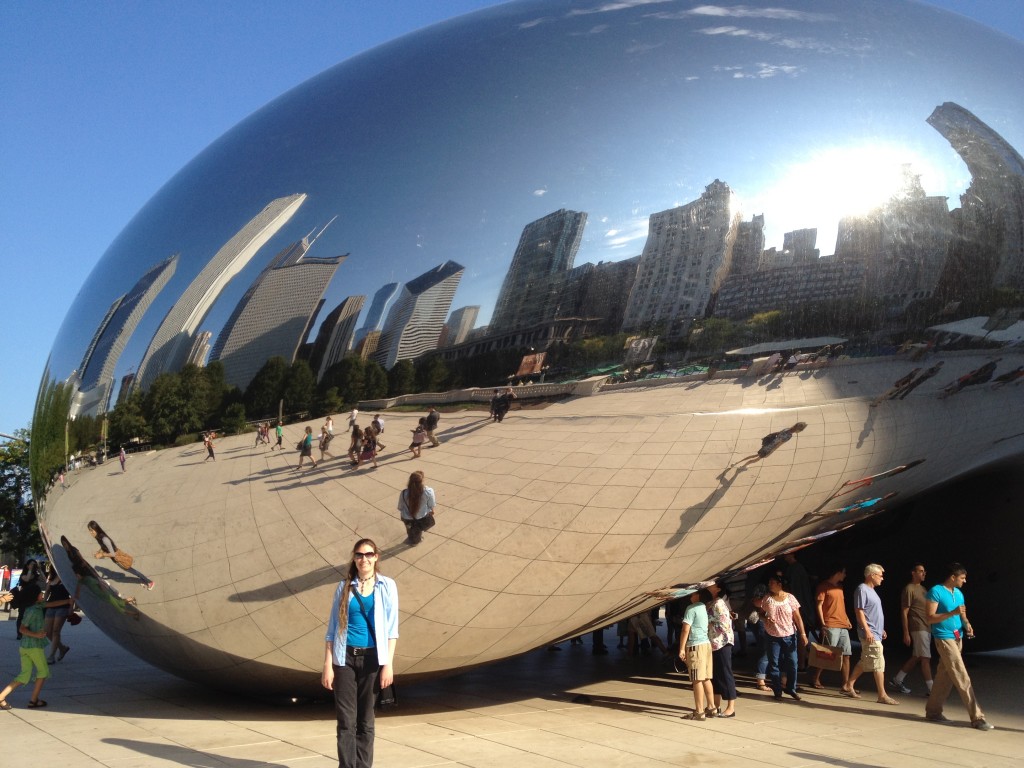 Next we walked over to Millennium Park and had a look at the bean. I think the popularity of this simple sculpture caught everyone by surprise. It’s really neat to be able to see the whole Chicago skyline, wherever you stand.

Across the street we had dinner at The Gage, another fairly old restaurant. Linda, Dani and I had eaten here before and were underwhelmed, but this night Dani and I had a terrific meal of grazing small plates at an ideal, quiet (unique for this place) corner table, and capped off by a stunning glass of 1968 D’ Oliveira Bual Madeira. 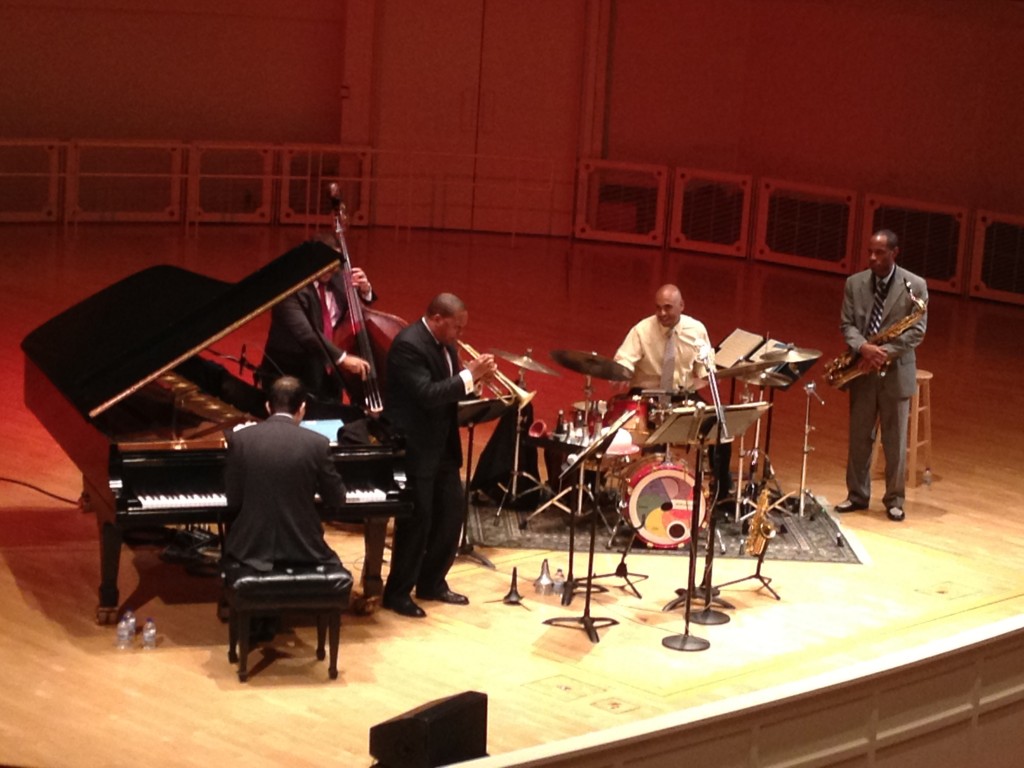 Then it was time for the concert. Man, can those guys play! We had box seats on the side that offered a perfect view. And what a delight to hear unamplified music in a space with great acoustics. The two hour concert offered lots of opportunities for each musician to solo, so we heard some of the best trumpet, sax, piano, upright bass and drum work ever. I don’t know how Wynton Marsalis coaxes some of those sounds from a trumpet, but in his hands it’s like a living thing. He also proved to be quite a personable host, stopping to explain some of the unexpected turns the group took in each piece, and why they were occasionally laughing. We really enjoyed the whole afternoon, and especially the concert.

I usually only post photos with people in them to my blog, as over the years I’ve found those are the only ones I really care about later. But these five turned out so well, I’ve decided to put them up anyway. 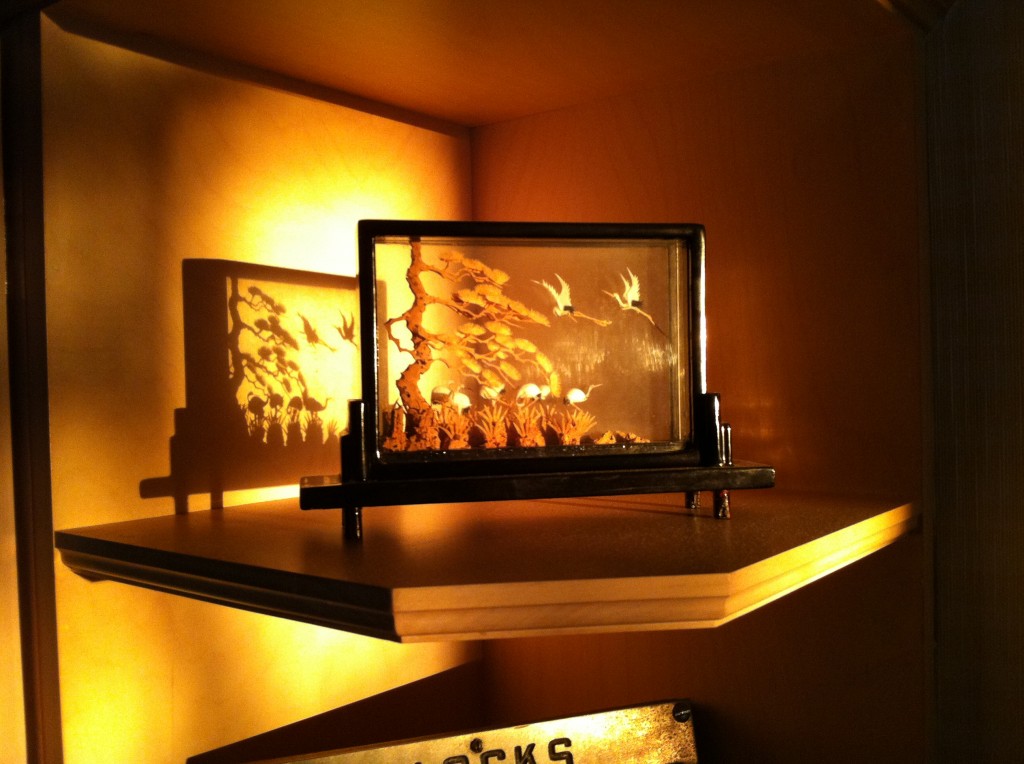 Linda was up early this morning and happened to notice the sun slanting into the kitchen and lighting our cork crane diorama. She quickly grabbed this shot with my iPhone.

These are some more shots taken around the house using the TX7’s HDR mode.

Last night I was awakened to a scrabbling sound, and woke up to find something on my pillow. I leapt out of bed and turned the light on. Sitting in the middle of the pillow, nibbling on it unconcernedly, was a mouse. He seemed completely unperturbed by my movements and the light. He calmly continued nibbling as I opened the door and gave him a pillow ride outside. I finally had to push him off the pillow to get him to say goodbye. I’ve had pets that weren’t as tame as that mouse!

I thought it would be fun to keep a journal this summer, since I’m planning to travel this summer, and to spend much of it with Dani, in Evanston, Illinois. So I downloaded a journal writing application to see whether or not I can use it, combined with Dragon Dictation in order to make it easy to create a journal and include pictures of what I do everyday. I’ll be using the iPad, which has proven far more useful than I expected, and also a new Sony DSC-TX7 camera.

So this is my trial run, to see if these tools work together.

Last weekend a thunderstorm snapped off some of the dead trees in front of our house. Defying Murphy’s law, they landed neatly by the side of the driveway, ready to be picked up.

The Sony DSC-TX7 is a lot like my previous TX1, but has an HDR mode that produces great color depth and contrast range by shooting two exposures. These are some shots I took around the house.