Partly for morale and PR purposes, and partly because we were proud of it, a tremendous amount of memorabilia was generated during the construction and opening of Epcot. Here is some of the best. Artwork (c) Disney. 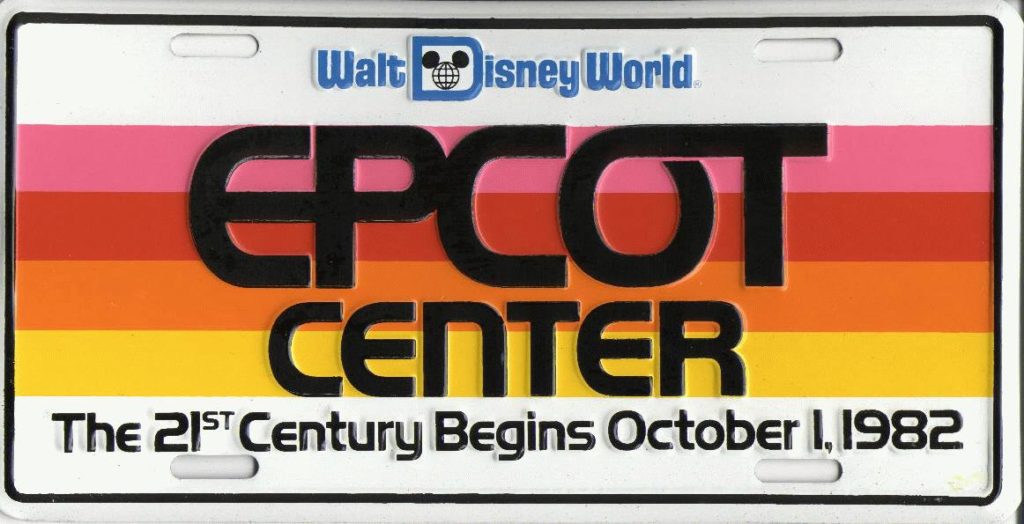 The license plates were issued starting in about 1980 to build anticipation for the Epcot opening. 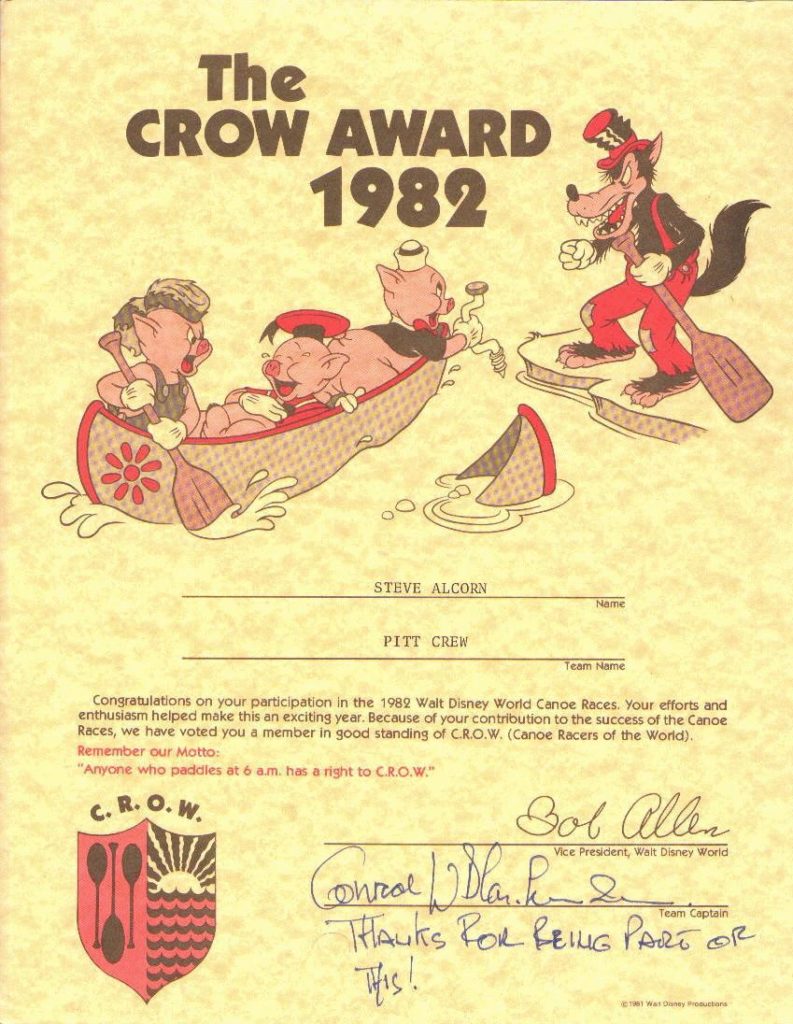 As if we weren’t busy enough, for several weeks running we got up at 4:30 in the morning and went to the Magic Kingdom to compete in the annual canoeing contest. We won a golden oar for coming in second, or good sportsmanship, or no one drowning, I forget which. Since we were working in the American Adventure Pit, and rowing is called “crew”, we called our rowing team “The Pit Crew”. 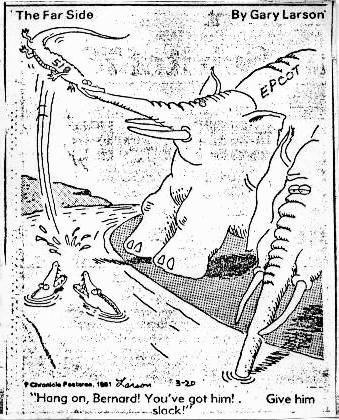 This cartoon was posted outside Linda’s office for several years. It summed up the attitude of the engineers of Department 510 (Electronic Engineering) toward Epcot. The average age of the engineers was probably something like 25. It was a tremendous responsibility for a bunch of kids.

To boost morale, Miller Andress, head of Resident Engineering, organized a “Casino Night” at a local hotel, and brought in roulette tables and other games. This was the currency of the evening. I cleaned up. Too bad it wasn’t real money. 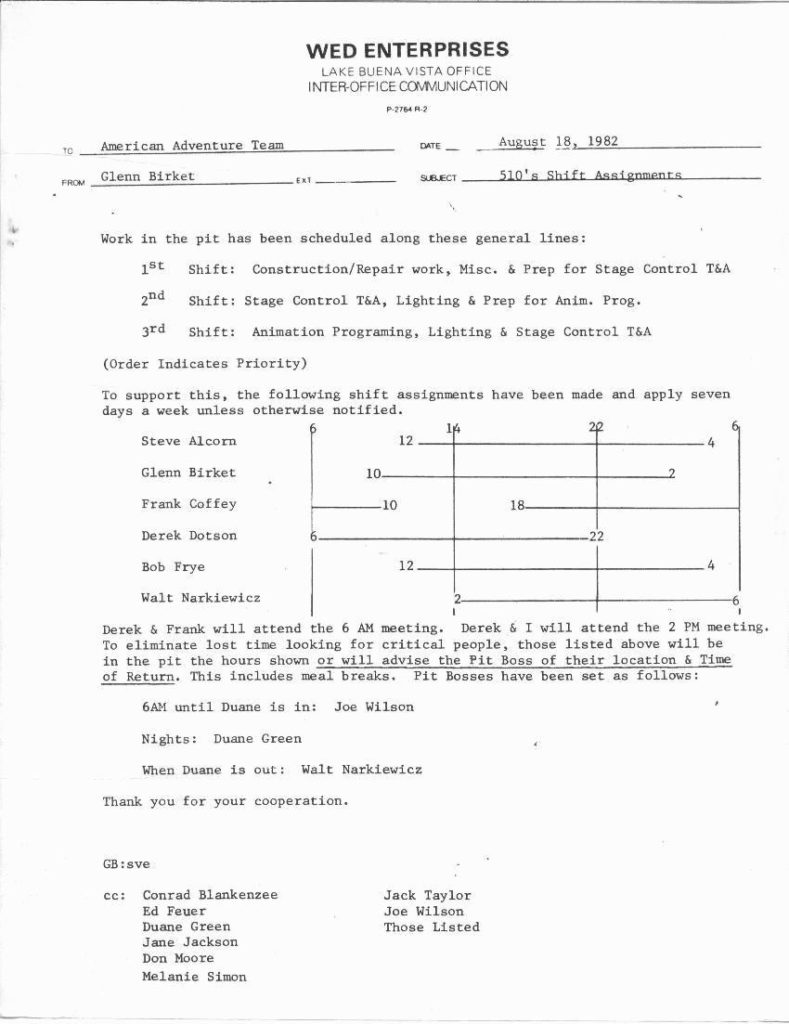 Everyone knows that building Epcot was a lot of work, but it’s easy to forget just how much. This memo from Glenn Birket to the American Adventure crew lays out everyone’s shifts: 16 hours a day, 7 days a week. The most amazing thing is that it was just business as usual. Two days later another memo revised this one, making it even worse. 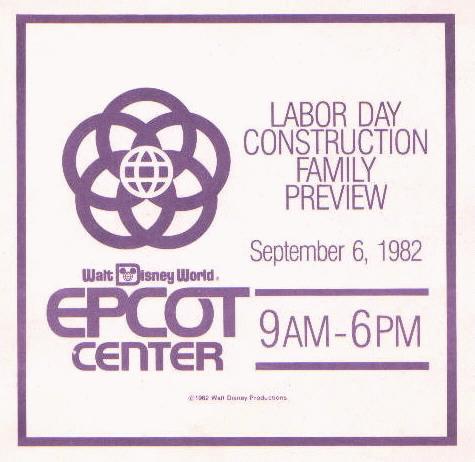 The first time Epcot opened was a preview held for construction workers and their families, on September 8, 1982. Six whole attractions were operating by that day. Four of them were Linda’s: China, France, Canada and World of Motion.

Epcot also opened for previews the last week of September.

A bronze commemorative paperweight replica of an opening day ticket, serialized. I wonder if this would work in their new card readers? They also experimented with magnet stripe tickets, similar to the ones in use now. But the crowds of 1982 were not prepared to deal with the technology, creating long lines at the entrance turnstiles. They were abandoned within a few weeks.

The American Adventure “official” opening ceremony was October 11, 1982.The attraction had been limping along since the last week of September, though. Every night we struggled to improve and fix the system, after long days of babysitting it to keep it running. In fact, I missed the opening day ceremonies because I spent the night in the pit trying to keep the hydraulic oil warm by cycling the attraction over and over. 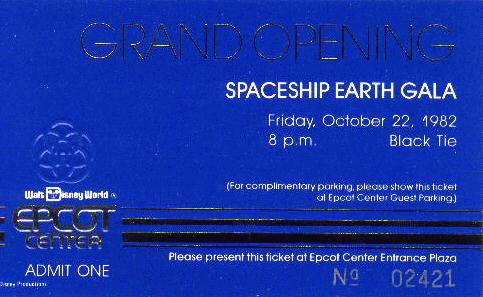 Leading up to opening on October 1, 1982, WED issued calendars each month with construction or conceptual pictures on them. Artwork (c) Disney. 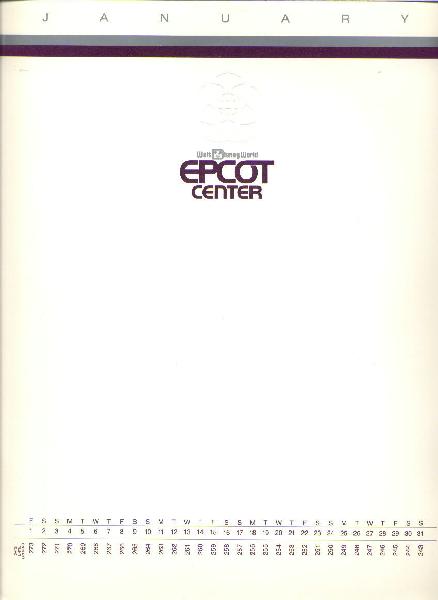 This calendar, from January, 1982, was the first one, I think. It has an embossed Epcot logo on it which you can’t see. 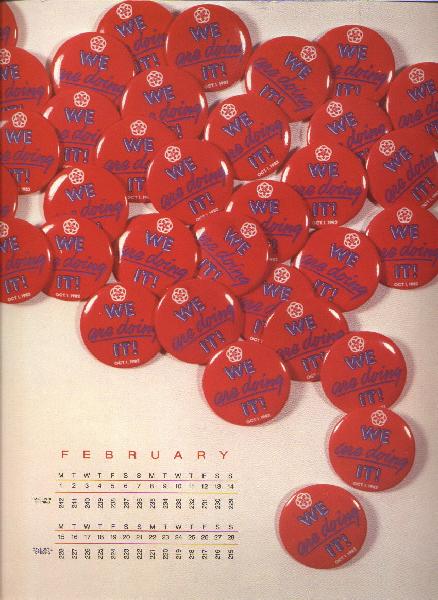 In 1980 or so, WED issued a poster titled “We Can Do It”, showing a Spaceship Earth-like Mickey under construction. It was subtitled “Building a Better Mouse”. This calendar, from February, 1982, shows an update that reads “We Are Doing It”. Incidentally, WED also issued “We Can Do It” bumper stickers, but the were quickly cut apart and rearrange to read “WED did it to me”. 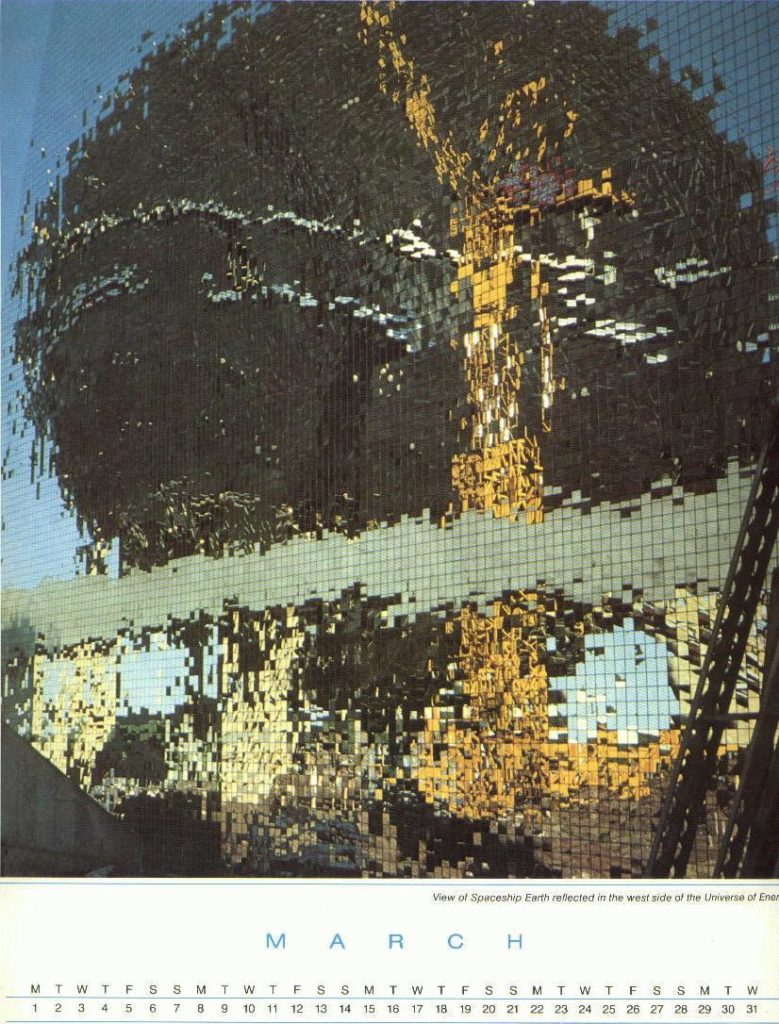 This one, from March, 1982, shows Space Ship Earth’s framework reflected in the mirrored tiles of the Energy pavilion. 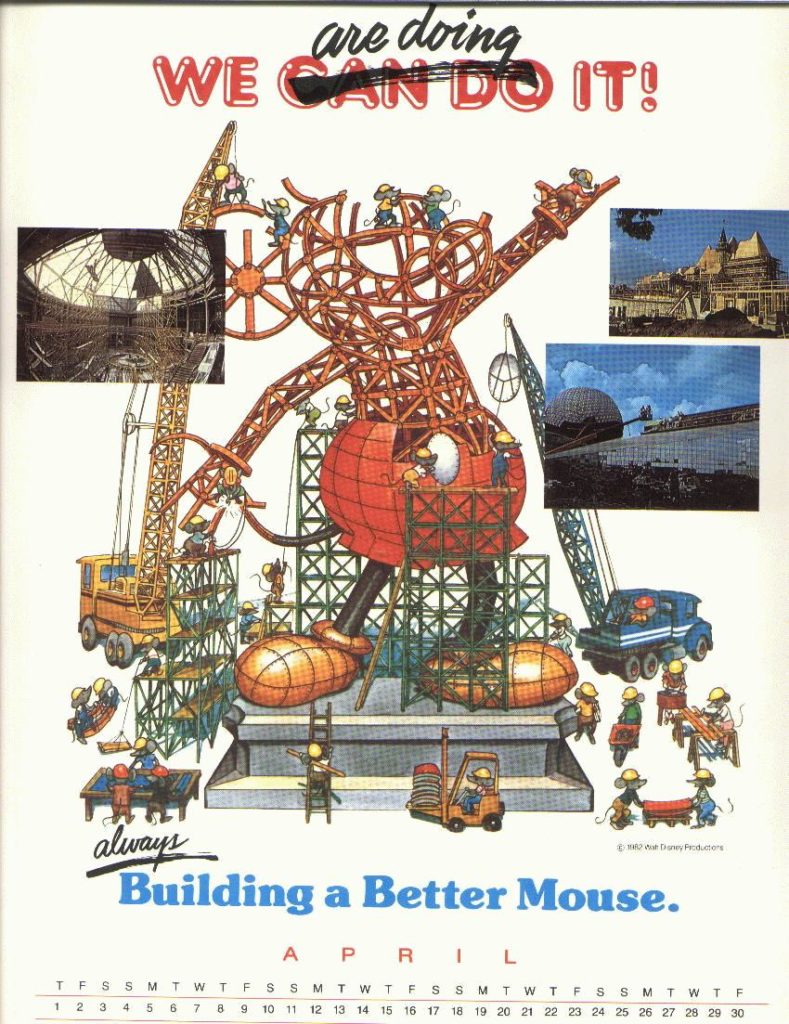 April, 1982. More of the “We Are Doing It”, this time with visual proof. A funny note. Years later I was contacted about this by the son of the man who drew this picture. He claimed WED didn’t actually have the rights to use it. 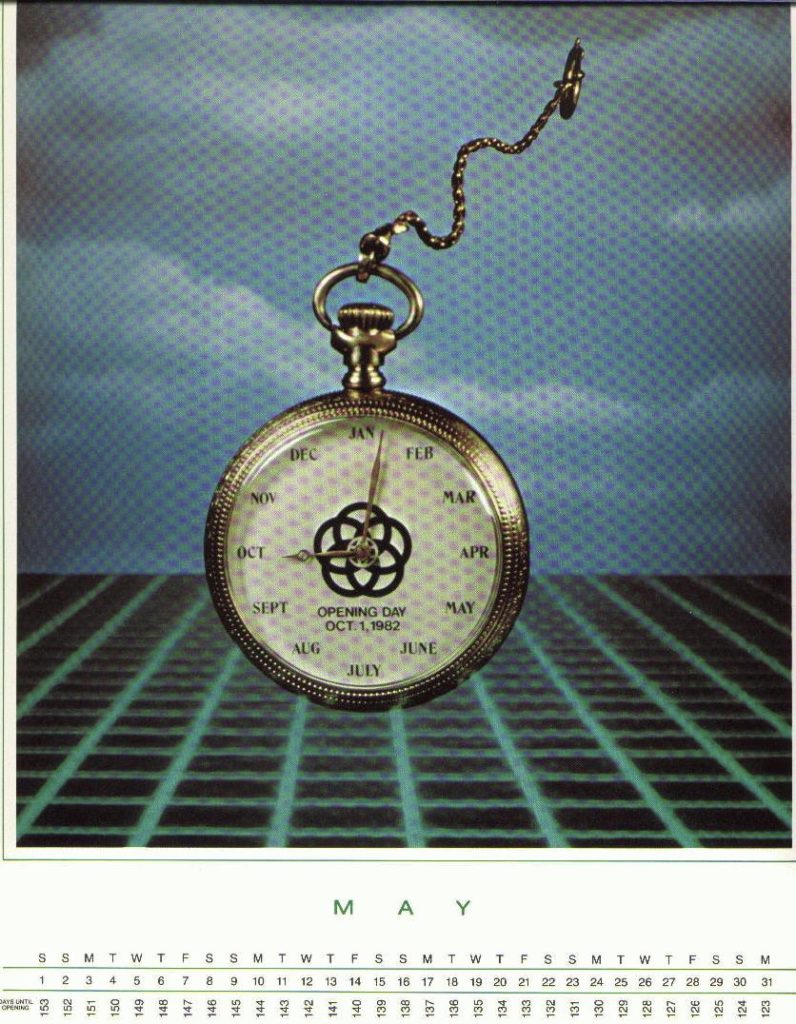 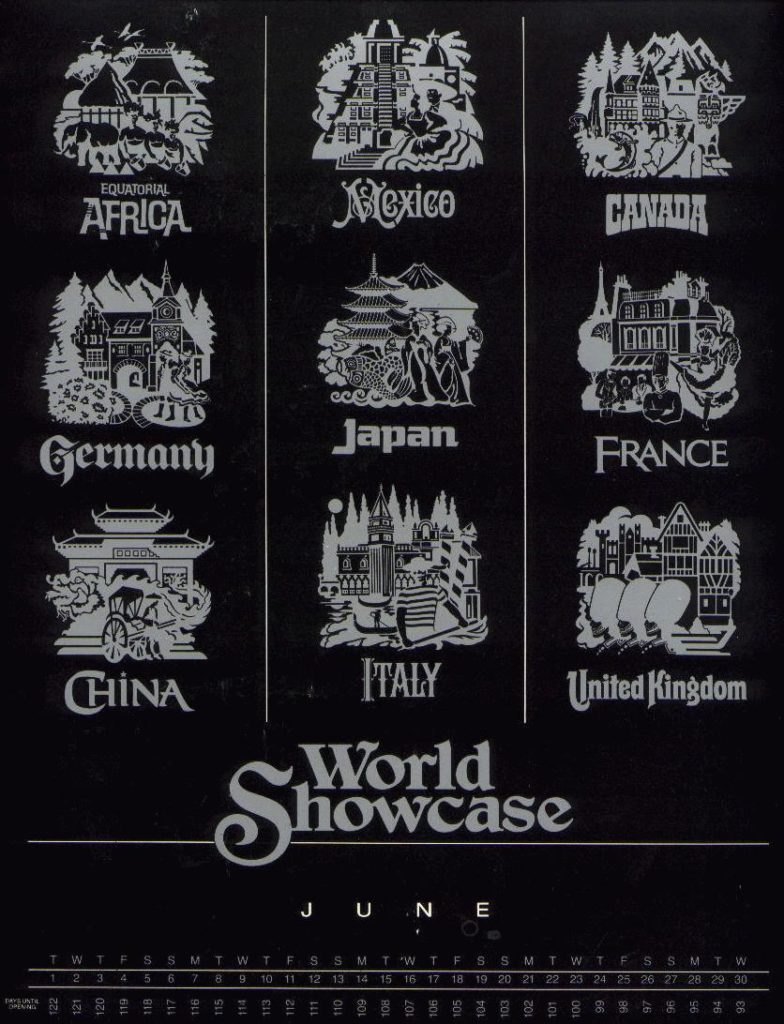 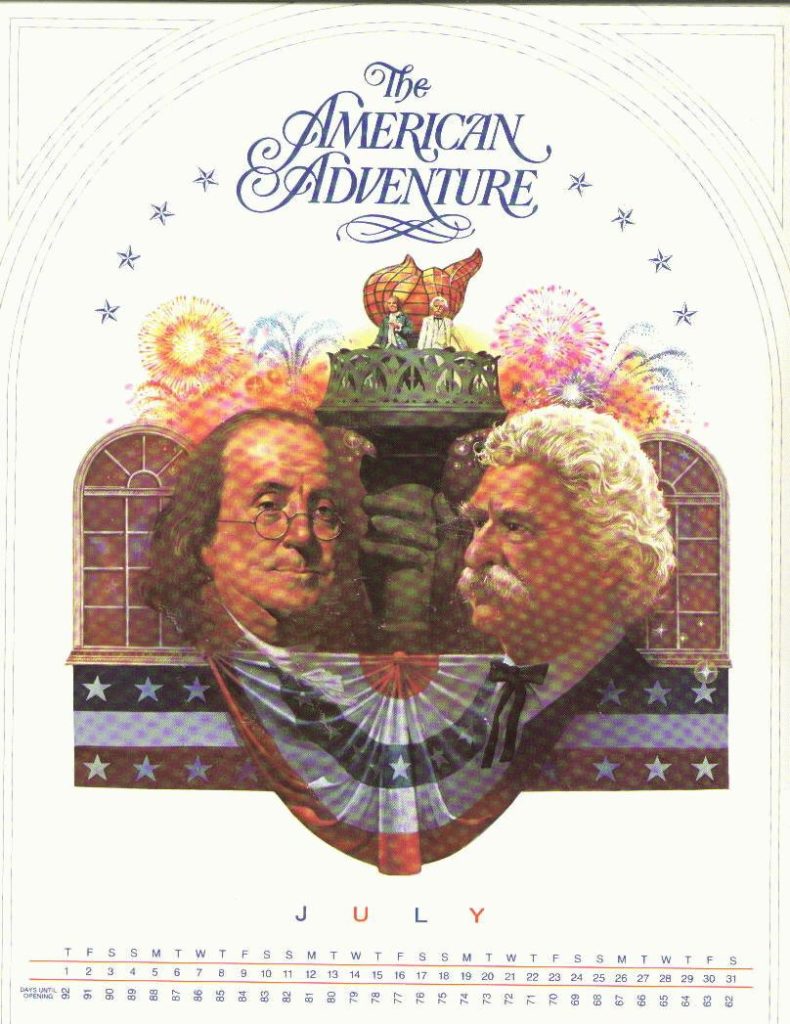 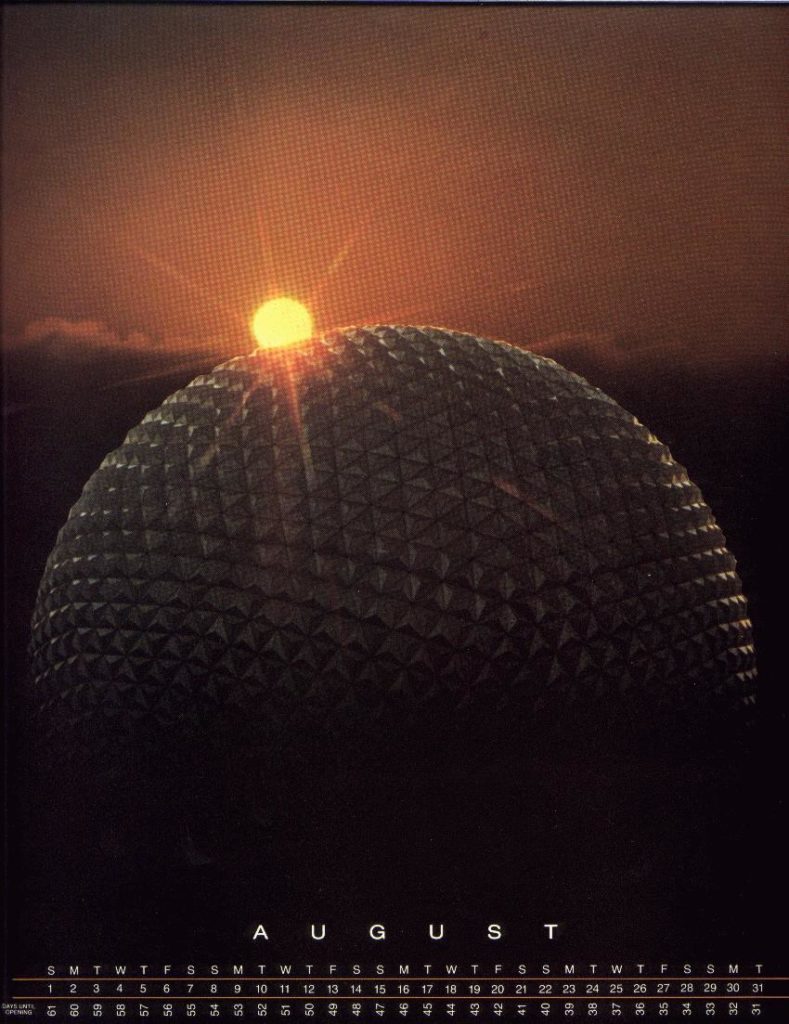 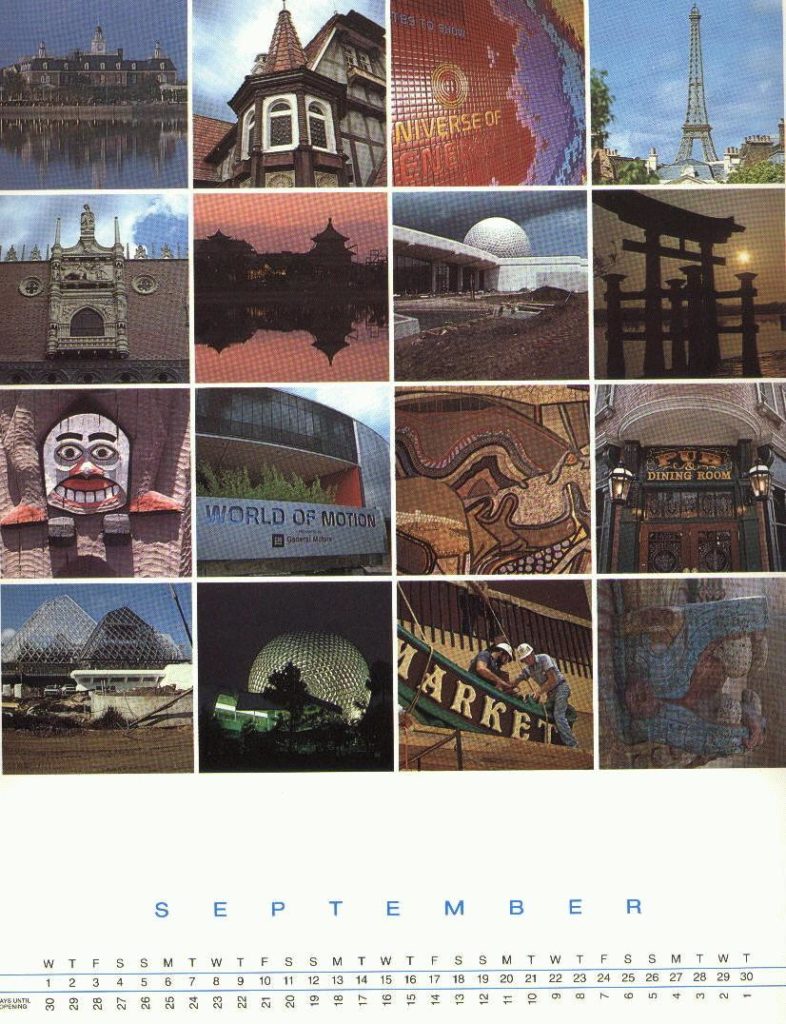 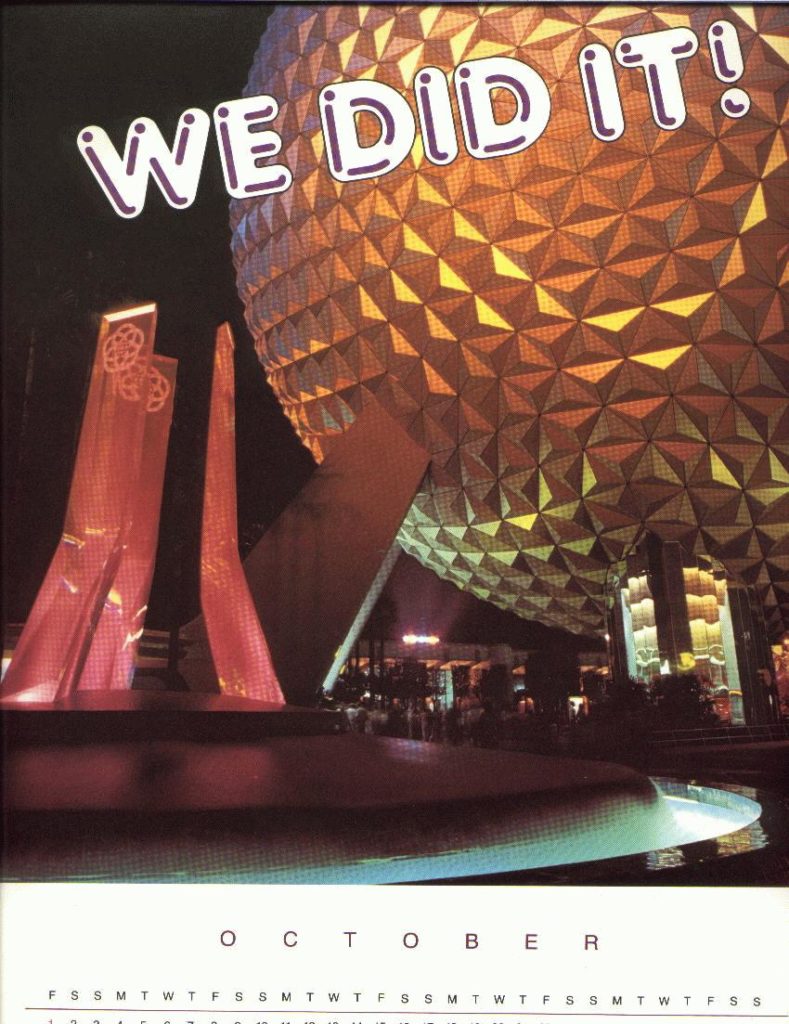 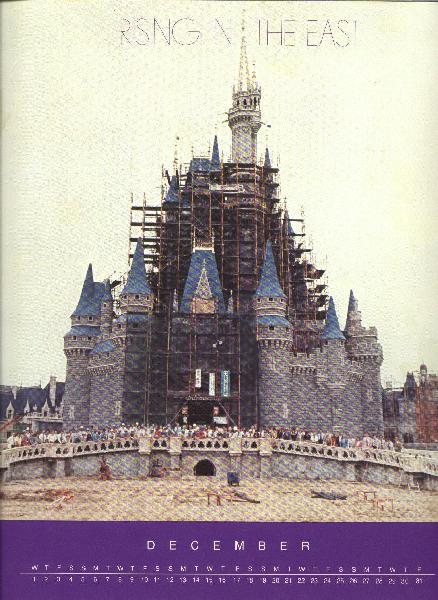 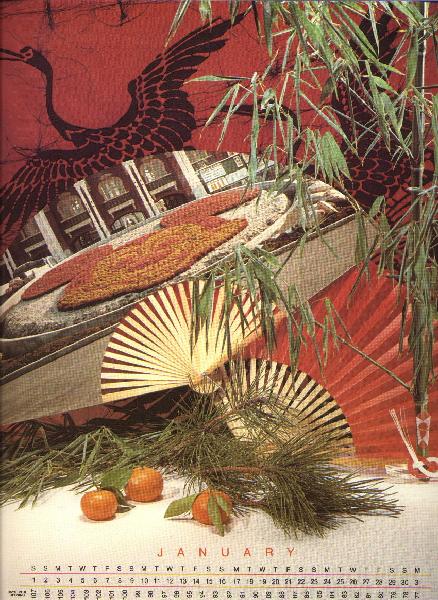