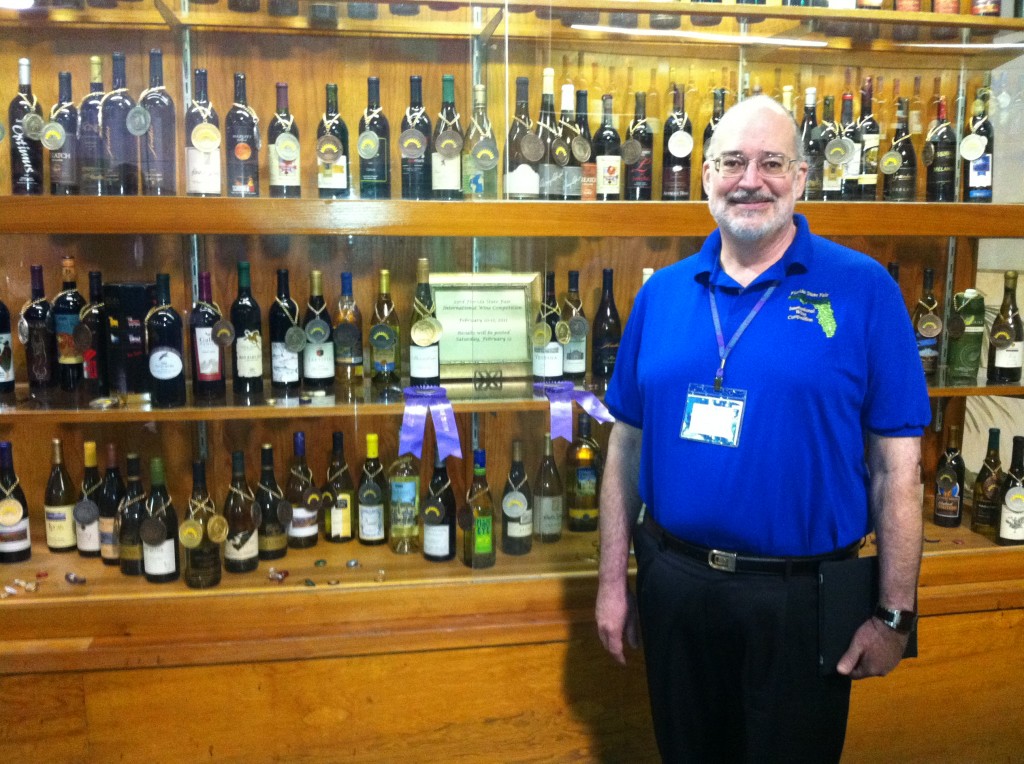 This was my 20th year judging wines at the Florida State Fair International Wine Competition. There were about 1269 wines from 34 different states, with 25% coming from California. 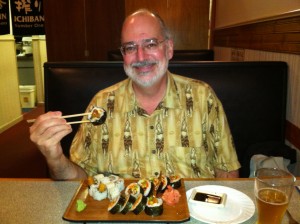 The event begins Wednesday evening, at the judges’ dinner, when we taste last year’s double gold medal winners. Then, on Thursday and Friday, the 24 judges form eight panels that score about 100 wines each day. This year, for dinner on Thursday, John Henline and I tried someplace new, Tokai Sushi, that was nearby, quite good, and reasonably priced. 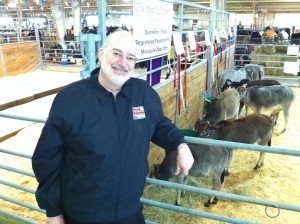 There’s also time to see a bit of the fair, which is a strange mix of livestock, competitions ranging  from horticulture to dancing, flea market, and carnie midway. These miniature cows are used as a tax dodge, to achieve agricultural zoning of two head of cattle per acre without requiring much food. They don’t have T-bones, just Teeny-bones.

Saturday is the Best of Show tasting, when the best double gold medal winners are all entered into a popularity contest. It takes a lot of glasses! 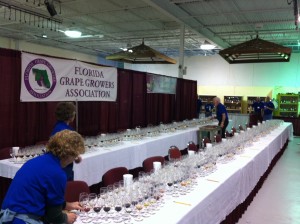 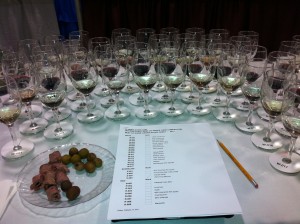 This year’s winners in the red and white categories were both from California wineries: Moonstone and Ventana. 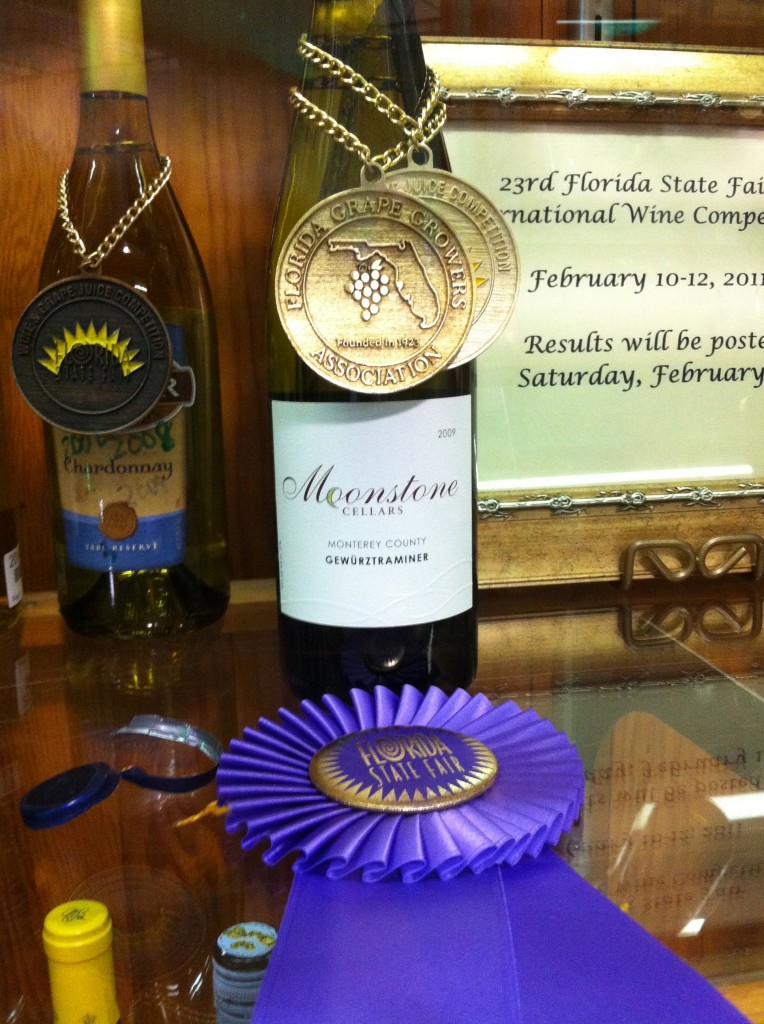 Of course, no trip to Tampa is complete with a visit to Berns, and this year I managed two. On Friday night I went with John, Al, and Keith, and we tried ’64 Vosnee-Romanee, ’64 Cote-Rotie, ’73 Inglenook Charbono, ’74 Inglenook Petite Sirah, and ’76 Mondavi Pinot Noir.

On Saturday I met up with Linda and Martin to see Billy Elliot at a matinee. This was my fifth time seeing that show, three times in London and once in Chicago. It’s been interesting to watch it gradually transform itself for American audiences, with minor changes here and there to make it more understandable. An excellent show, and very well received by the audience. I couldn’t help reflect on the absence of children in the audience, even though the cast is mostly children. This was quite different from London, but here the show’s four letter vocabulary is evidently a bit too much for most parents.

After the show Linda, Martin and I went to Berns, where we enjoyed the best wine of the week, a 1959 Chambolle-Musigny, along with a 1980 Cote-Rotie and a 1982 Tanbark Zin(!) recommended by our waiter. By chance I had the same table and waiter both nights, and also by chance Ron and Bev were there both nights, in another room. The Zin made an interesting blind challenge when I sent a glass to Ron, and he passed with flying colors. 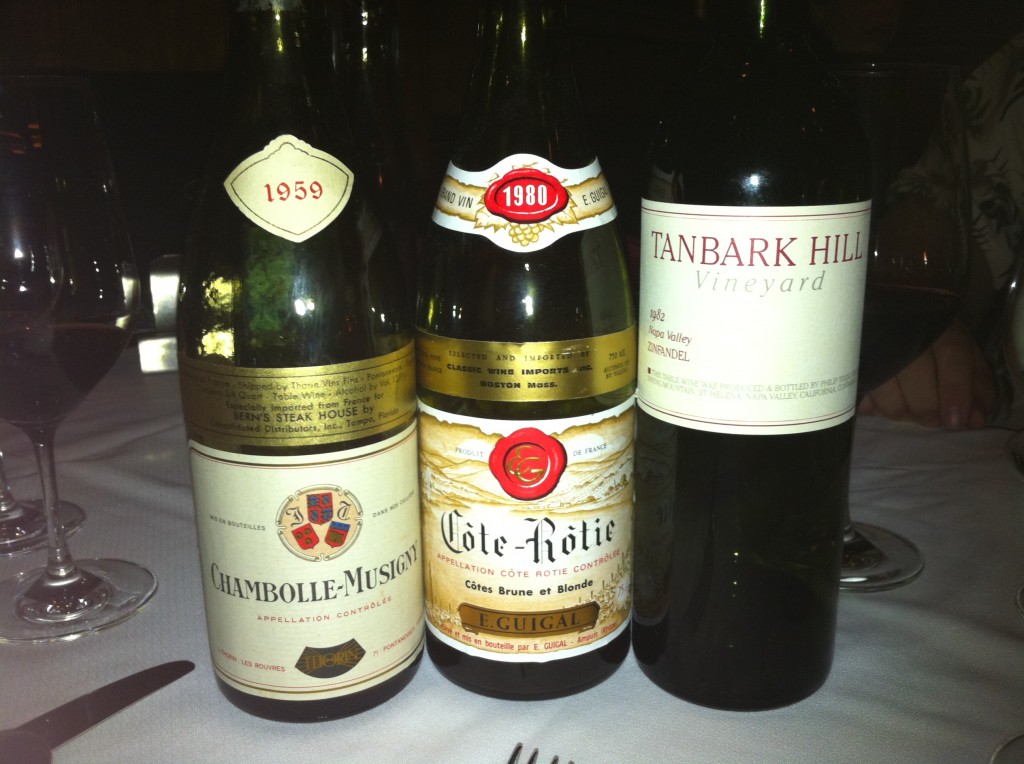