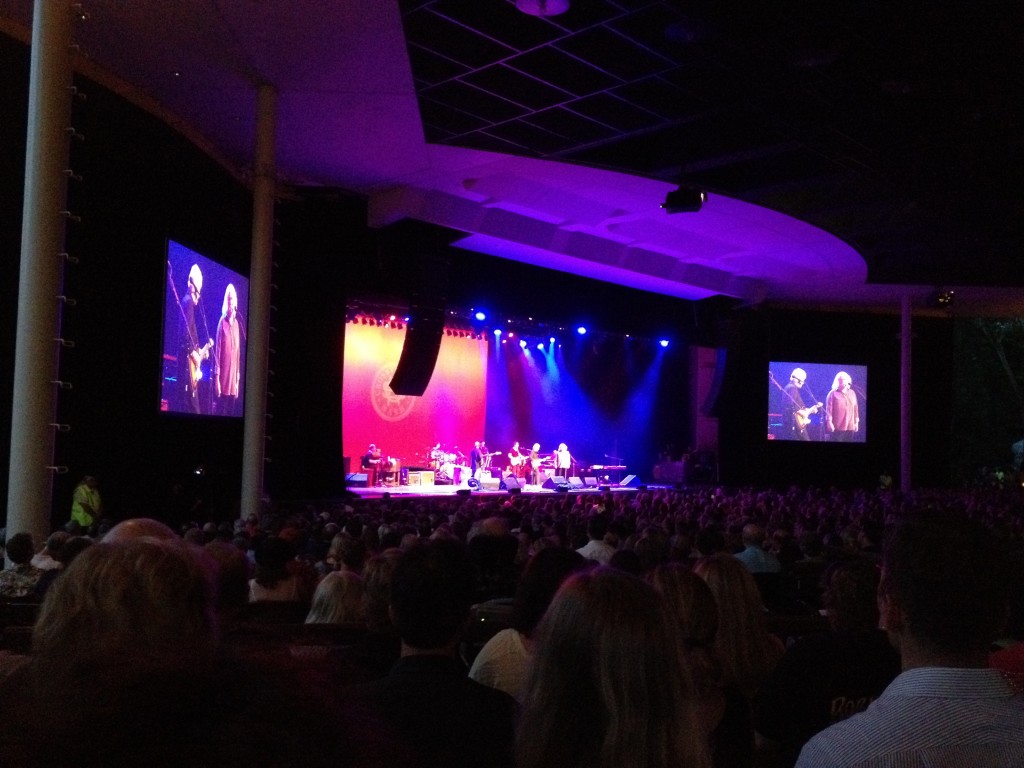 This was one of the best shows I’ve seen at Ravinia. I liked the band’s 1969 and 1970 albums, and their individual solo albums, but haven’t really followed them. So it was a pleasant surprise to discover they are a terrific live act. In concert they sound great, with the distinctive harmonies that make them unique. Stephen Still’s guitar playing was impressive, particularly when he tackled the Indian-influenced instrumental from Carry On (their final number) as a guitar solo. The backup band was also terrific, and included David Crosby’s son, James Raymond, on keyboards (they also played two of his songs, including the haunting Lay me Down). Several songs were better than the album versions, including Guenevere and Cathedral. The only hit missing was To the Last Whale, a favorite of mine. I was particularly impressed at the group’s range, which spanned folk to rock quite effortlessly. Given that Nash is 70 and the others are 67, it was impressive that the were energized for all of a nearly three-hour performance. If you have a chance to see them, I highly recommend it.