For the past month I’ve had sinus headaches and jaw aches, but when I went to my dentist at Starbase Dental last week he couldn’t identify a particular tooth that was the problem. He prescribed antibiotics and told me to check back after vacation. But the problem has been getting worse, with hot or cold foods causing a headache. The trouble is that nothing hurts except when I’m having the problem, which occurs only every few hours (or as soon as I lie down). Now I’m fairly sure the cause was my upper left wisdom tooth because that one hurt (but only when I was having a headache) if I wiggled it. 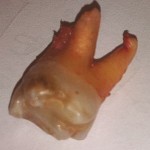 So rather than put up with another three weeks of sleep deprivation and headaches, today I went to the Carnaby Street Dentist and had it pulled. What a great place that is, with really friendly people; Sarah, who offered me several options, pulled it with absolutely no pain. She sent me off with hand-written instructions and some antibiotics. I’m sure it will hurt again later, but right now my head feels better than it has in a month. 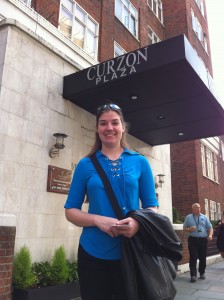 Dani likes this sign because it’s the name of a Star Trek DS9 character. Well, the character’s name is Curzon Dax, not Curzon Plaza.

Earlier today we went to lunch at Nobu, the famous sushi place. We had… sushi. It was… sushi. Hmmm…. I must be missing something. Why is this famous?

Tonight we had theatre tickets to Andrew Lloyd Webber’s new show, Love Never Dies, the sequel to The Phantom of the Opera. (Full disclosure: I’ve always thought that Phantom was a dumb show with good music and staging.) In this version the Phantom has moved to New York’s Coney Island, and guess who happens to also show up there? This was an odd show that has proven to be unpopular, as shown by the half empty theatre. Defying the odds, I liked it the best of the three of us. The voices were superb, much better than any other Phantom production I’ve seen. Dani hated the music, but I thought most of the second half was very good. The problem is that the first act sucks dead toads. Then, weirdly, the second act manages to tell a more cohesive story than Phantom ever did. Unfortunately, it’s a tragedy. Between that and the rework needed on the first act, we’re betting it never opens on Broadway. Then again, we made the same bet about The Addams Family. 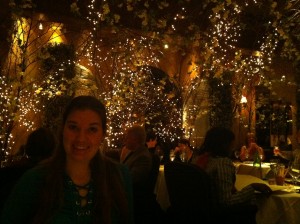 We had a late supper at Clos Maggiore in the theatre district, a romantic little restaurant with good food, a fantastic winelist and disjointed service. Then home to bed, my toothlessness still not a problem. Yay! 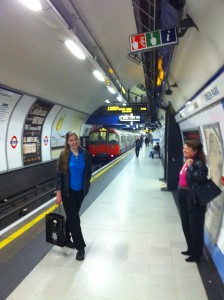