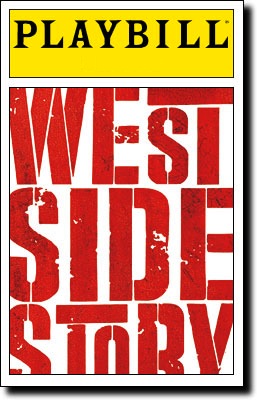 The touring production of West Side Story visited Orlando this week, and Linda and I saw it on our season ticket subscription to Broadway Across America. Of all the hundreds of musicals we’ve seen, it’s curious that neither of us had ever seen this show onstage. Of course, we’ve seen the movie, but the show’s complex orchestral score must be beyond the talents of regional theaters, so we had to wait for this revival.

Surely no other fifty-year-old musical stands up as well as this one. Even today the orchestration is fresh, cutting edge, and unlike anything else. And the choreography is simply the best we’ve seen, easily outdoing other famous “dance” musicals such as Oklahoma. The extremely young troupe put incredible energy into each number, and it was easy to believe they were two teen gangs; they were!

The voices in this show were good, particularly Michelle Aravena as Anita. (We saw her on Broadway in 2006 in A Chorus Line.) Ali Ewoldt as Maria was also good. Sadly, the lead for Tony was sick, and his understudy wasn’t at the level of the other performers; he seemed more like he belonged in a (good) school production of the show.

Amazingly, the Bob Carr acoustics failed to defeat the sound engineer, perhaps because the levels were lower than most shows. As a result, the orchestra sounded great. Most of the lyrics were also clear, although America was inexplicably unintelligible.

This show mixes fairly extensive Spanish dialogue and lyrics with English, which works great and adds to the believability of the antagonistic relationship between the Sharks and Jets. Because the plot is conveyed through the action, no translation is needed. An excellent show.