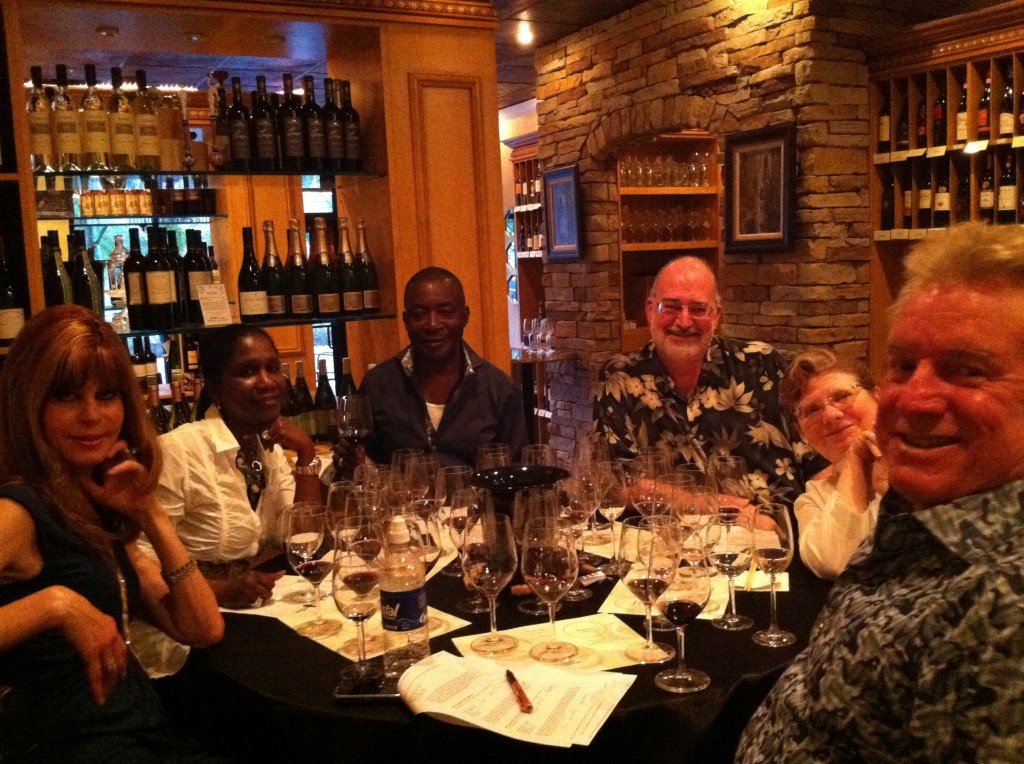 Ron Siegel set up this tasting at Vintage Vino in Kissimmee, with dinner provided from the restaurant next door, Chef John’s Lakeside. We were joined by Keith and Parla Edwards. I contributed a bottle of the 1986 Dominus.

I hadn’t ever had much Dominus except for the 1991, so it was fun to trace the development of the wine from the first vintage to the most recent. Wisely, Ron had us taste the three youngest wines first, then we skipped back to the beginning. This essentially arranged the wines in order from least to most interesting.

1984 (first release, even though it was the second year)
Coffee, menthol, earthy, slightly short, 93 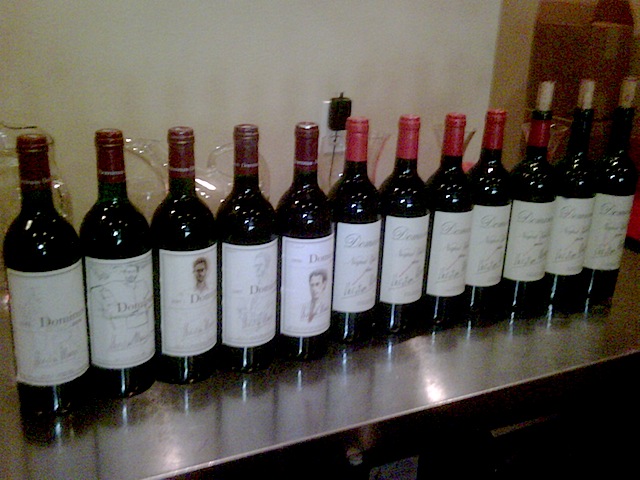