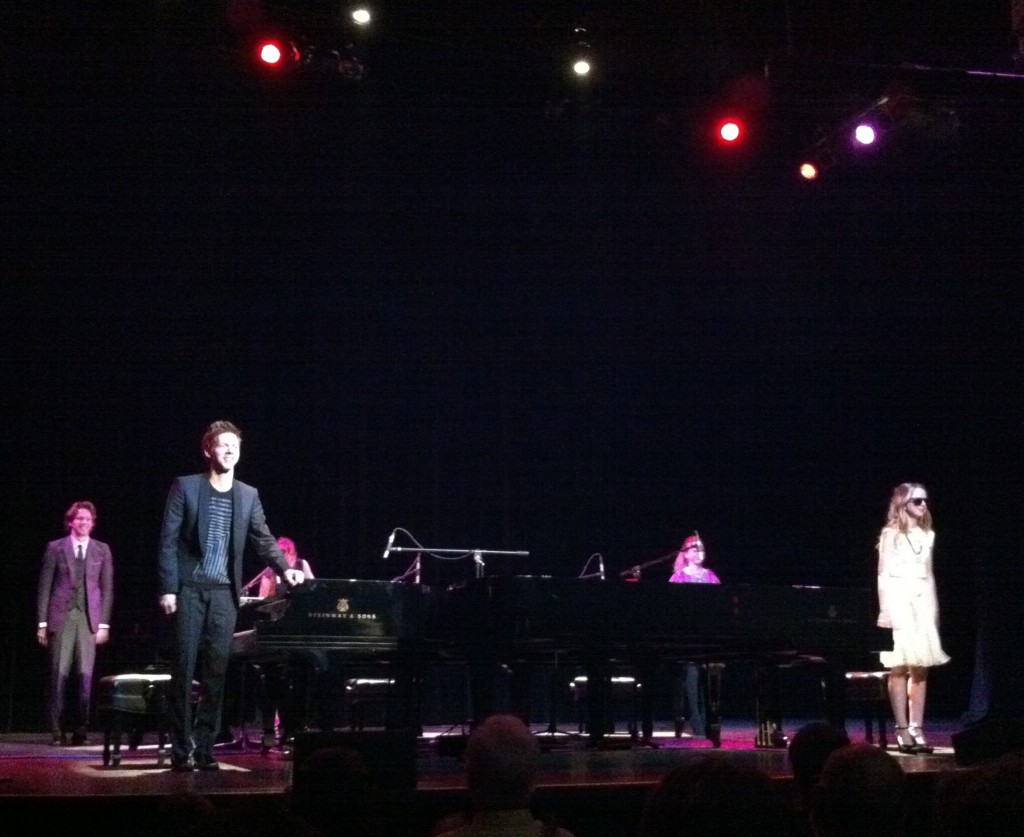 The 5 Browns is a classical music group of five siblings—Desirae, Deondra, Gregory, Melody and Ryan Brown—who play piano. Five pianos. All Steinways, all at the same time. They put on a great show last night at the Plaza, playing a combination of classical and more modern “classical” music, plus several film scores.

I hadn’t been to the larger of the two theaters at the Plaza before. The concert wasn’t well attended, with only about 150 people there. I blame that on poor marketing, because the Browns certainly put on a great show. The day before the show, Martin sent me a special offer to see them at the Plaza theater last night, and I ended up with a $45 fifth row ticket for $10! That hardly pays to move five Steinways around the country.

My favorite moments of the show were:

The Browns were extremely professional at what must have been a difficult time, given the events of the previous day. I’m really glad Martin alerted me to this show.