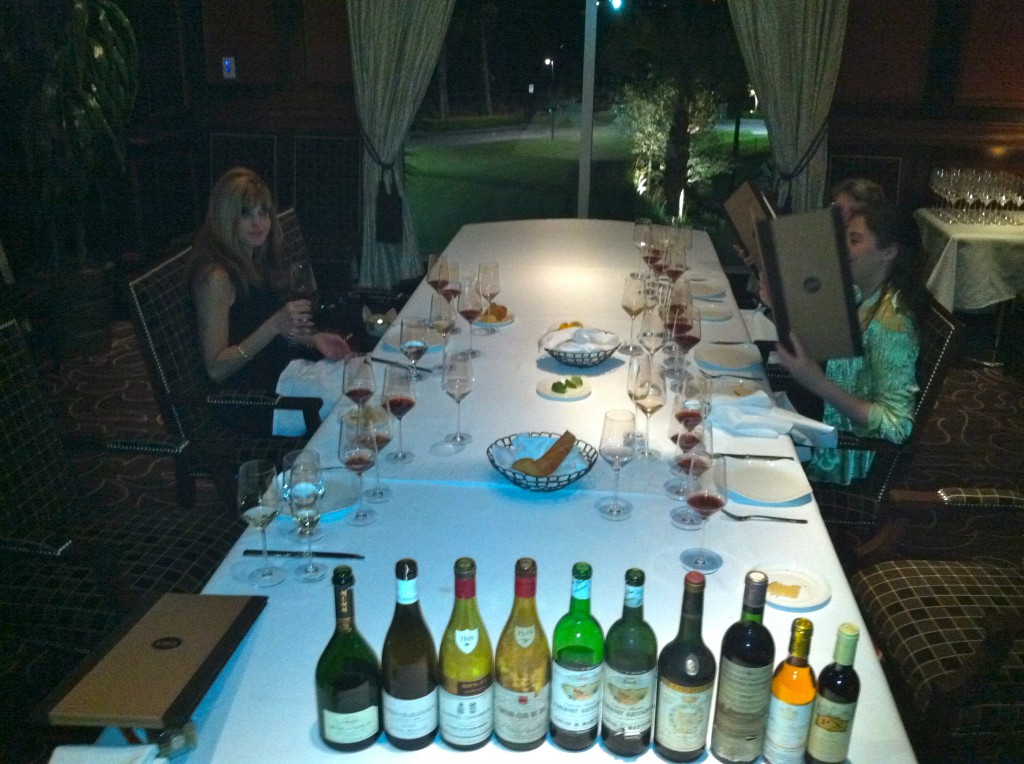 Ron organized a last dinner before my trip to Evanston, and we met at The Bull and Bear at the Waldorf Astoria. Dani flew in Friday, so she was able to join us. The five of us spent a lovely five hours in the private room, with great service by Arnaud. Even though Chef was out of town, Arnaud found plenty of interesting selections to keep the courses coming.

We need to stop pouring the Burgundies first! These were mostly great wines, but the memory of the 49 Burgs blew everything else away. Those two continued to evolve for hours. I selected six wines from our cellar, and Ron matched them: 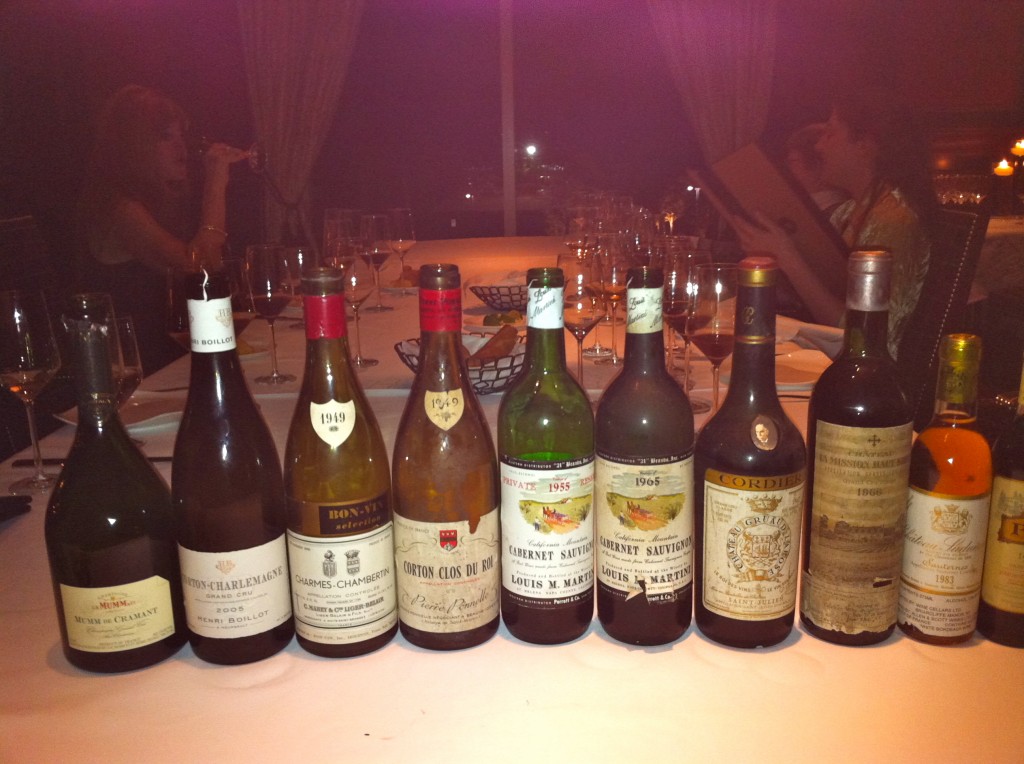