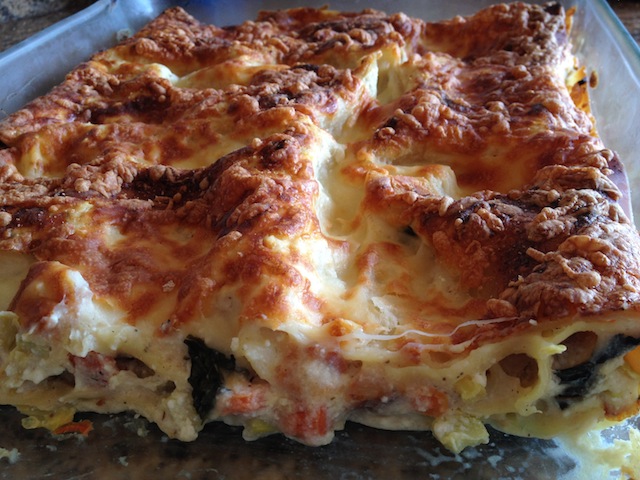 Last night I made a vegetarian lasagna. I was skeptical because of the large amount of skim milk in the recipe, but it worked great. I left out the corn the recipe called for, and used ricotta cheese rather than the cottage cheese(!) called for. It was delicious, fairly low in calories, and we have lots of leftovers.

I would definitely make this recipe again, but in a smaller pan. Mine was about twice the size they called for, so the veggies and sauce were thinner than I would have chosen. 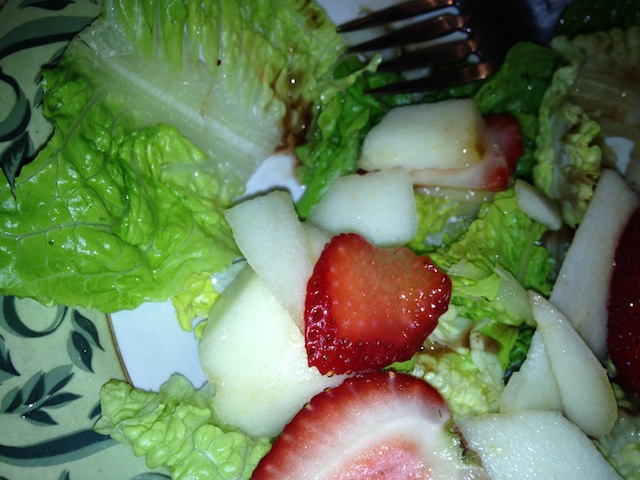 I made a salad with pear and strawberry to accompany it using Bella’s Blackberry & Fig Balsamic dressing from Whole Foods, which has almost no calories, and is very tasty.