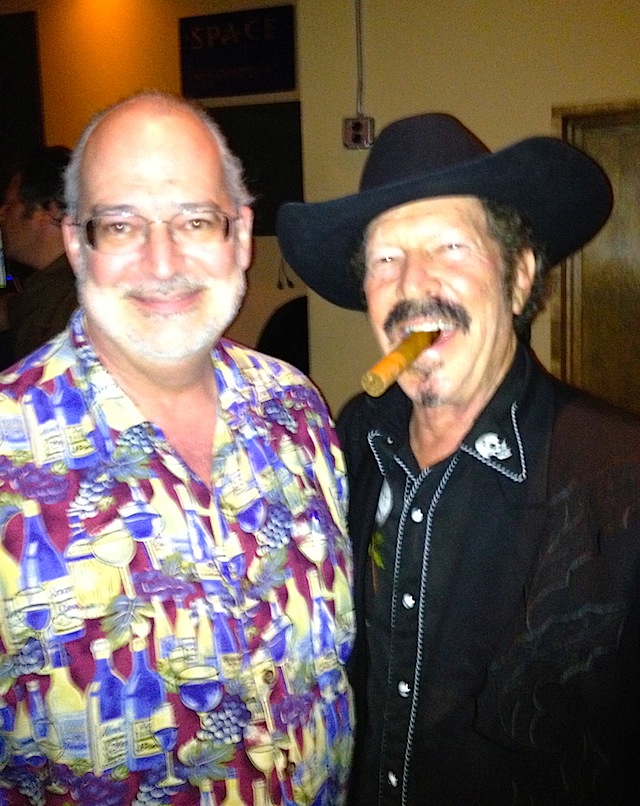 One of the funniest authors I know is Kinky Friedman. He began his career in the 60s as a folk musician with the band The Texas Jewboys, and also played backup for Bob Dylan and many others. His biggest hits were Sold American and They Ain’t Makin’ Jews Like Jesus Anymore.

Then, in the 1980s, he reinvented himself as a mystery novelist. His detective, named Kinky Friedman, was a lot like him, and most of the characters in the books were his real friends. Willy Nelson even appears. It’s impossible for me to read a page of one of his novels without laughing out loud.

In the 2000s Kinky began writing non-fiction, and ran for governor of Texas. He also has a line of tequila.

Last night Dani and I walked down the street to SPACE, our favorite performance space, and listened to Kinky play his songs, tell jokes, and read from his latest book. He also graciously signed a couple of first editions I brought with me. He’s a nice guy, and I’d definitely go to see him again.