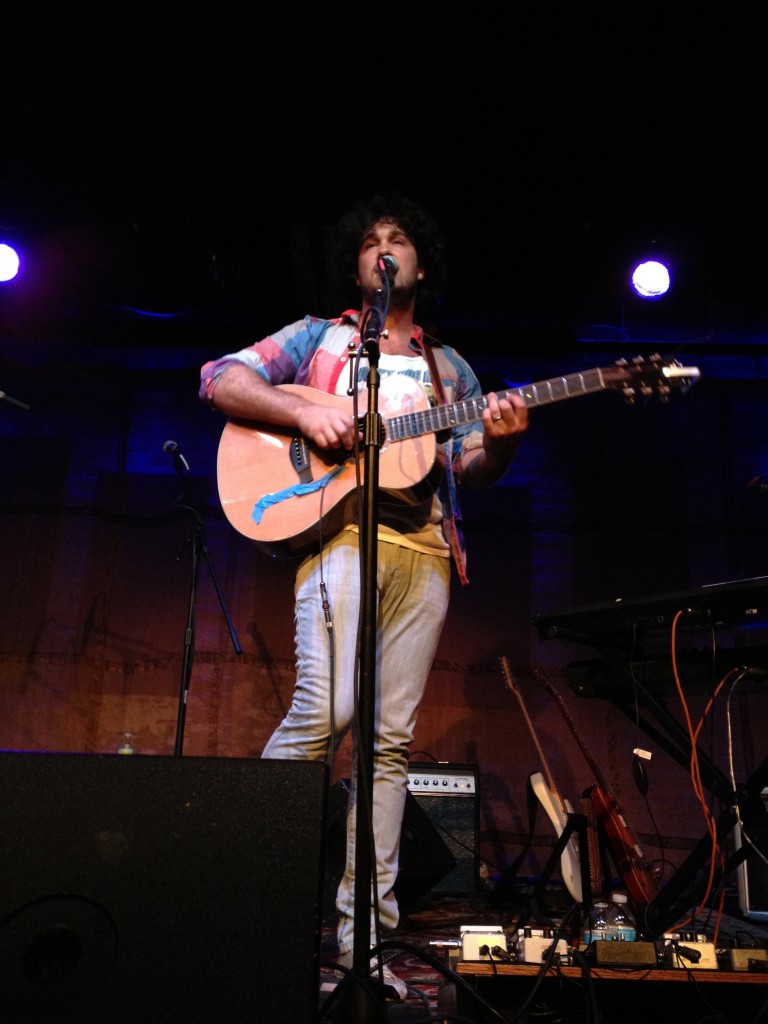 SPACE is definitely the best concert venue I’ve been to. And when you have the front center cocktail table it’s even better. Last night we saw Caleb Hawley and Theo Katzman there. They’re part of a four-piece band that reconfigures itself by changing shirts between Theo’s and Caleb’s sets. We encountered Caleb at the Johnny Mercer Songwriter’s Festival; his song, Little Miss Sunshine, was one of our favorites.

This was the first concert on the band’s tour, but they were incredibly tight. And they were having a great time. It was easy to see that they were delighted with the way they sounded, and the enthusiastic audience response.

Here’s a panorama I shot.

Caleb is originally from Minneapolis, but now lives in New York. He received top honors it the New York Songwriters Circle Contest (2008 and 2009), the John Lennon Songwriting Contest (2009), the Telluride Festival (2010), the Falcon Ridge Folk Festival (2010), and Rocky Mountain Folks Fest (2011), and placed in the final fifty on the 2011 American Idol Season.

Theo Katzman was a guitarist in the electro-pop group My Dear Disco. He is also a drummer and bassist. Theo’s songs  are particularly melodic and catchy. We particularly liked Emily, which is unfortunately not on his album. He’s the only drummer I’ve seen who wears a big grin most of the time. It’s clear he loves what he does.