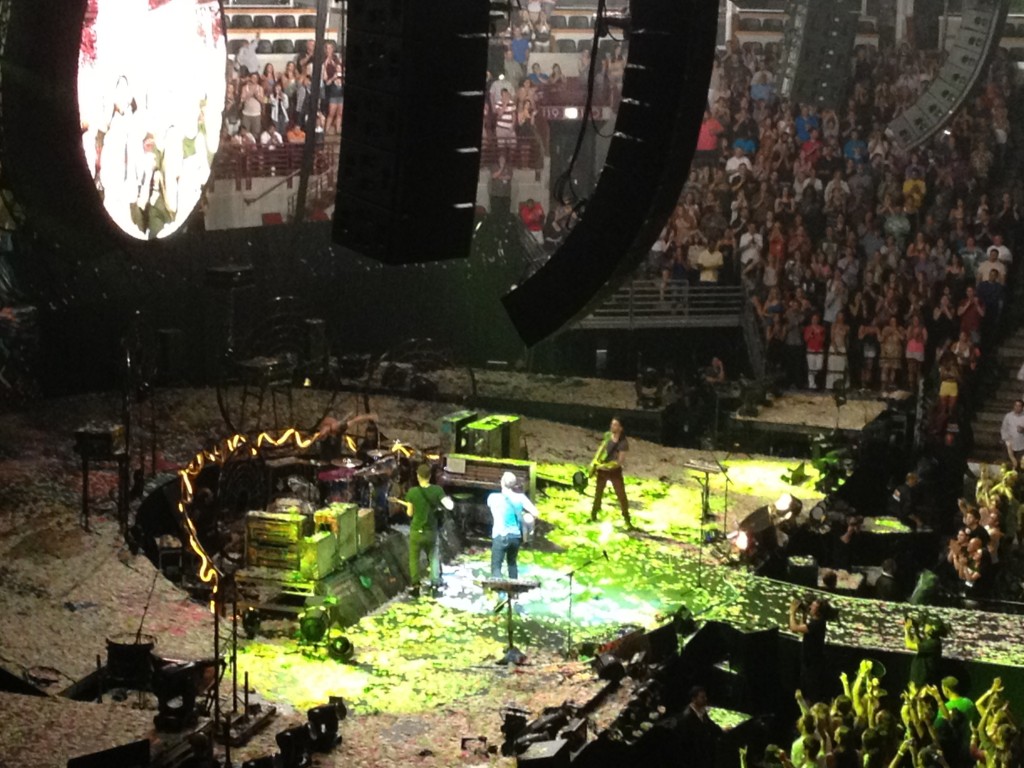 Coldplay put on quite a show last night at the United Center in Chicago. The show started two hours after the time on the tickets, due to a warm up act we (probably mercifully) missed and one we didn’t miss, but might as well have. With six people, Marina and the Diamonds couldn’t create as much sound or summon as much enthusiasm as Coldplay did in their first ten seconds.

Coldplay was on for almost two hours, and sounded great. In addition to playing all their best songs, there were also great laser effects, a ton (literally) of confetti, hundreds of bouncing balls, and a few other effects. Everyone was issued a radio-controlled wristband made by Xylobands that lit up in different colors. There were red, green, blue, white and yellow ones; they could be commanded to either turn on or to blink out of sync with each other. Interestingly, they pulled out all these effects in the first few numbers, rather than the finale. The last few numbers were played from a small platform at the other end of the arena, and then they ran through the crowd back to the stage to finish up.

I knew Coldplay’s music, but wasn’t familiar with the band, so I was surprised by a few things:

In addition to excellent musicianship, the band’s rapport with the audience was great, which really highlighted why they make the big bucks, and Marina and the Diamonds don’t.