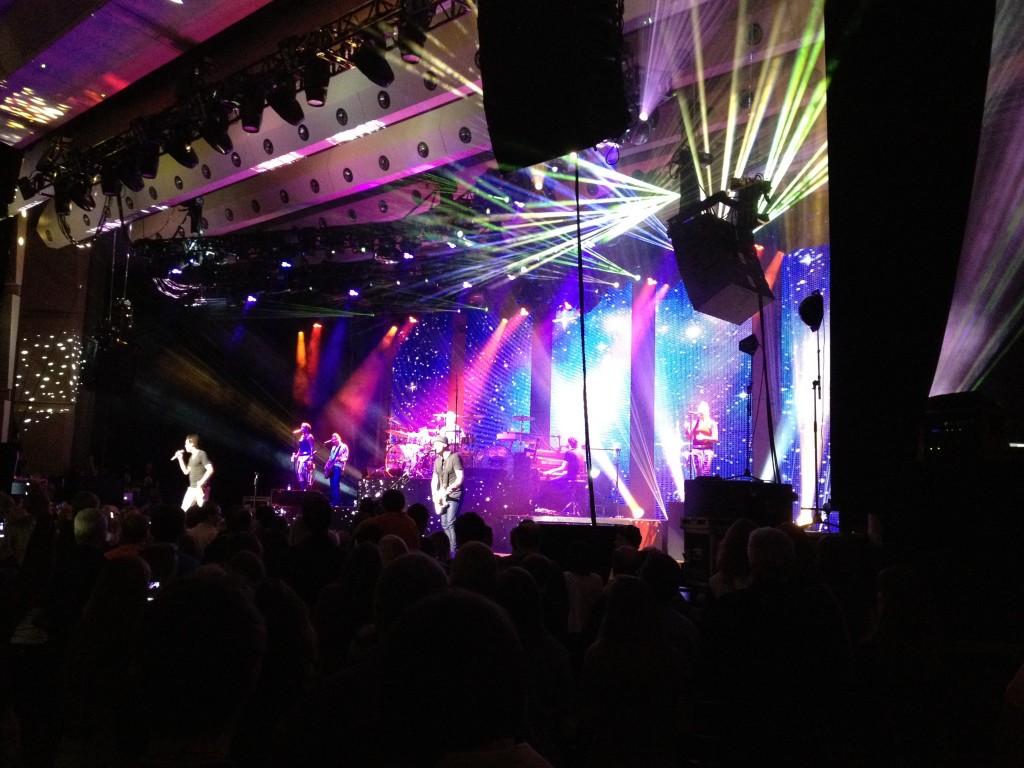 I’d always heard that Train was a very fan-friendly band, and they certainly demonstrated that last night at Ravinia. Through constant interaction with the audience, including inviting guests up on the stage to help them perform, they kept everyone excited and on their feet for most of the two hour concert. This personal touch led Dani to conclude it was the best concert she’s seen. I have to agree that’s why people go to concerts, more than to hear a recitation of a CD. I just wish Train’s material was a little stronger. But the fans sang along with every song, and the band played all their hits and much of their new album. My favorite of their songs is the melodic Marry Me. Apparently their drummer is ordained through an online church and has actually been marrying fans on stage, but there was no wedding last night.

I actually preferred the music of the two warm up acts. Andy Grammer writes catchy pop tunes, and has an amazing interactive video of Keep Your Head Up you can watch at http://www.andygrammer.com/videos

We saw Matt Kearney with Owl City in Orlando, and I was looking forward to seeing him again. Unfortunately his new album has taken a rappish turn, and his band was only moderately proficient. But his album City of Black and White is definitely worth checking out.