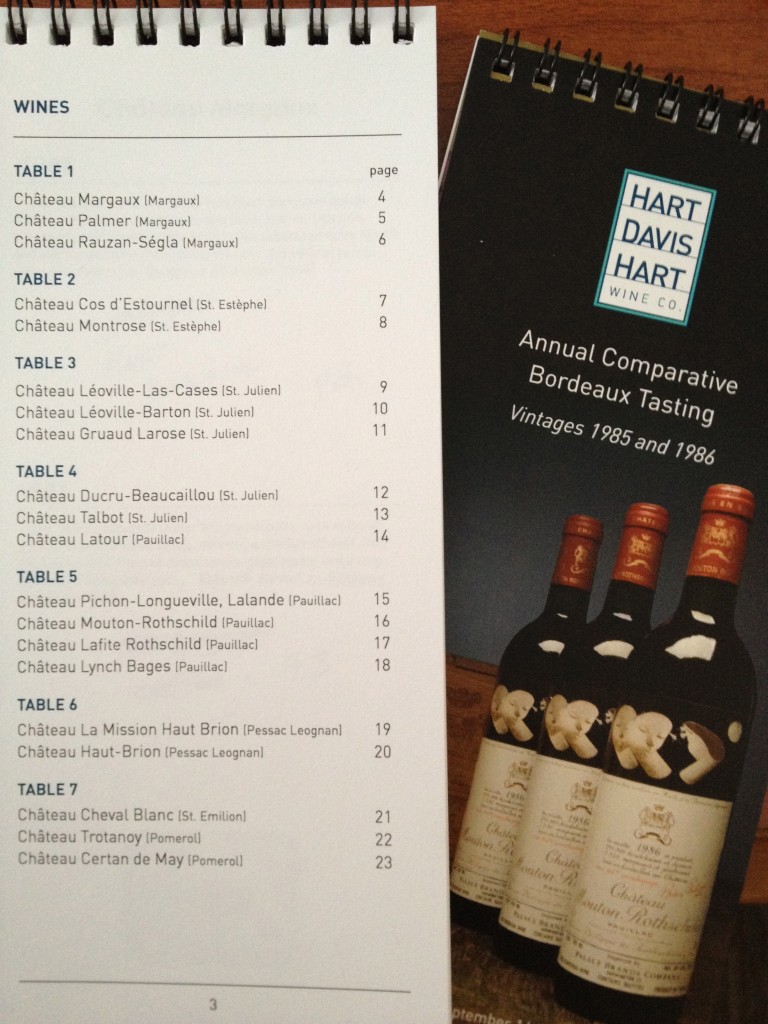 Every year Hart Davis Hart hosts a comprehensive Bordeaux retrospective, and this year’s event focused on 1985 and 1986 Bordeaux. HDH pulled out all the stops, with two bottles of almost every notable wine, including the first growths. There was also a lovely buffet of nice charcuterie as accompaniment.

With only 90 minutes to sample more than 40 wines, there wasn’t time for elaborate notes, but I did jot down scores in the nicely done notebook provided. My general observation was that the 1985 vintage was better than 1986 for nearly all the wineries, with the 85s still having great structure, coffee and other complex earthy aromas, tannins that will allow them to continue to age, and yet still plenty of fruit. The 86s, on the other hand, mostly seemed soft and thin, with some fruit but little structure. Too bad I have more of them than 85s in my cellar!

This event was infinitely more professional and enjoyable than the 1986 Bordeaux event we attended in New York. At that event I felt like the bargain wine was the 1986 Ch. Talbot, and I still felt that way as far as the 86s at this event. It’s not the best, but for the price it’s excellent.

However the 85s were far better, and the clear standouts to me were the first growths, with Mouton, Latour and Lafite at the top, and Haut Brion and Margaux lagging. A surprisingly weak pair from La Mission Haut Brion. The best buy is Lynch Bages, which I rated near the top first growths.