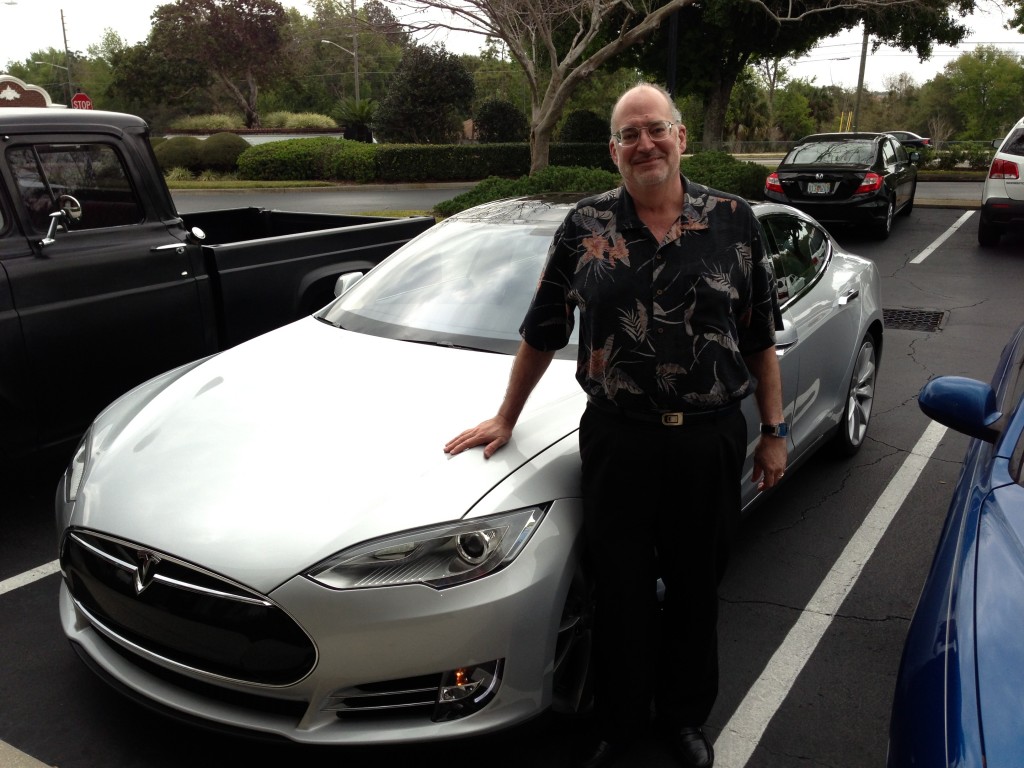 I’ve had the Tesla Model S Performance Sedan for two weeks, and wanted to share my thoughts with prospective purchasers.

In short, it is extraordinary. It perfectly combines the features of a luxury car, a sports car, a station wagon, and an iPhone.

With all the mass in the flat bed underneath, and almost no moving parts, the handling is impressive. Its  0-60mph time of 4.4 seconds makes it hard to control yourself. Even I, who am not a car nut, am constantly wowed by the cornering and acceleration. You can be stopped at a corner, and three seconds later you have completed a turn and are at the speed limit, all without a sound.

All this performance, and yet including the “frunk” under the hood it has 58 cubic feet of storage!

Plus, the user interface and ergonomics are remarkable.  The 17-inch touchscreen is beautiful, and the programming is completely intuitive.

It is amazing that they could get this much right on the first try. In fact, the only thing I’d change is the center console, which lacks storage and doesn’t have quite the right ergonomics.

There has been much discussion in the press about road tripping with this car. The whole conversation seems silly to me. That’s not what this car is for. With a 240 mile range (unless you max-charge the batteries for 300) it’s a great car for everyday use, which is 99% of the time. But the fact is it takes an hour on a 110-volt outlet to put 3 miles of charge onto the car. That means it takes 20 times as long to charge it as to use it. Compare that to gasoline, where in five minutes you can put 300 miles into a car. so gasoline is a factor of 1200 more time efficient! Even the home quick charger takes overnight to fully recharge the car. And the highway superchargers Tesla is installing take 20 minutes to put on 100 miles. While it makes touring possible, that’s not the same as practical. None of this bothers me, because it’s a misapplication of the car. It’s designed to refill itself every night in my garage, and that’s how I intend to use it.

The thing that most impresses me about the Tesla is the attention they’ve put into the smallest details. For example:

When I picked up the Tesla in Tampa,  we filmed the training session, which I’ve posted it to a YouTube playlist.

In short, the Tesla is a remarkable car, that will bring a smile to my face every time I climb in.