It’s been a busy few days in Chicago. I originally booked this trip for the Vienna Teng concert and launch of her new album, but as the timing worked out I was able to also fit in the Hart Davis Bordeaux tasting, a fantastic new production of Evita, and several other concerts by favorite bands. The musical odyssey began on Saturday with the first of three concerts at SPACE, the wonderful performance venue just down the street from Dani’s condo. 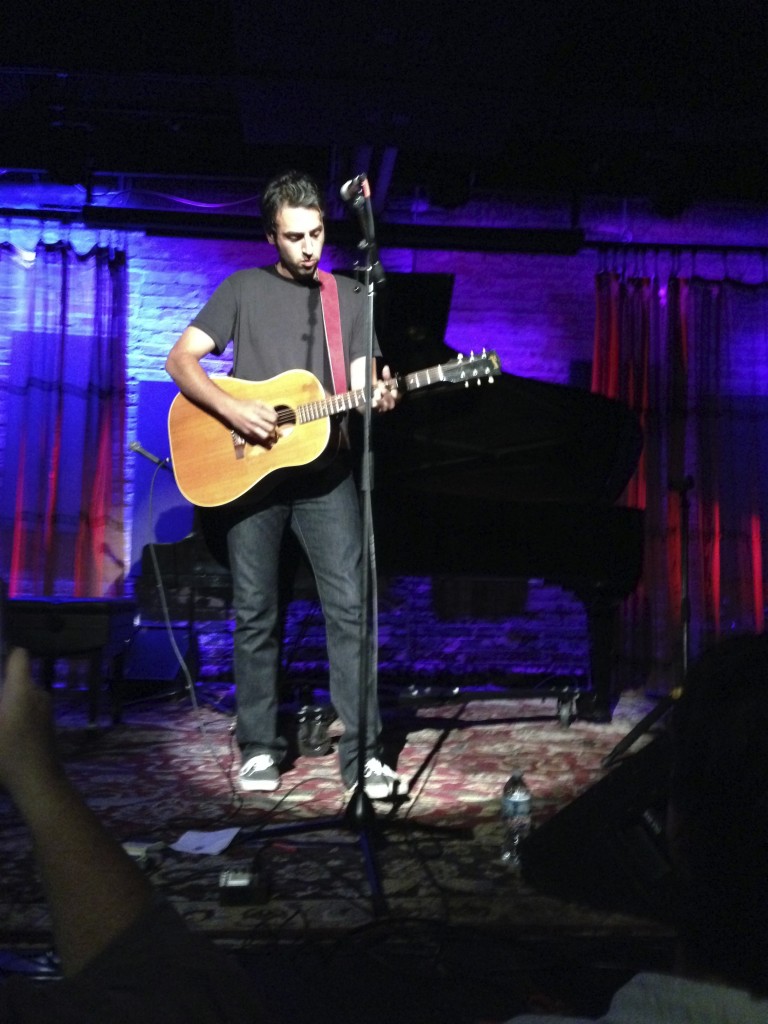 We had dinner at the Union Pizza company and then saw Ari Hest, who did a great job. His music works particularly well as a solo performance, and the place was packed with fans. We continued on Sunday with a Dar Williams concert at City Winery. We hadn’t been to this venue before, which is down on Randall Street not far from Dani’s office and the Girl and the Goat restaurant.

It’s a massive space, with a working winery (grapes shipped in from California and Europe), restaurant, bar, and large performance venue where they serve dinner before and during the show. The wine offerings were extensive, and the food, mostly shared plates, is terrific. The warm up act was Nina, an 18-year-old who had an interesting playing style. We would have bought her CD, but her mom took her home before Dar’s concert ended! 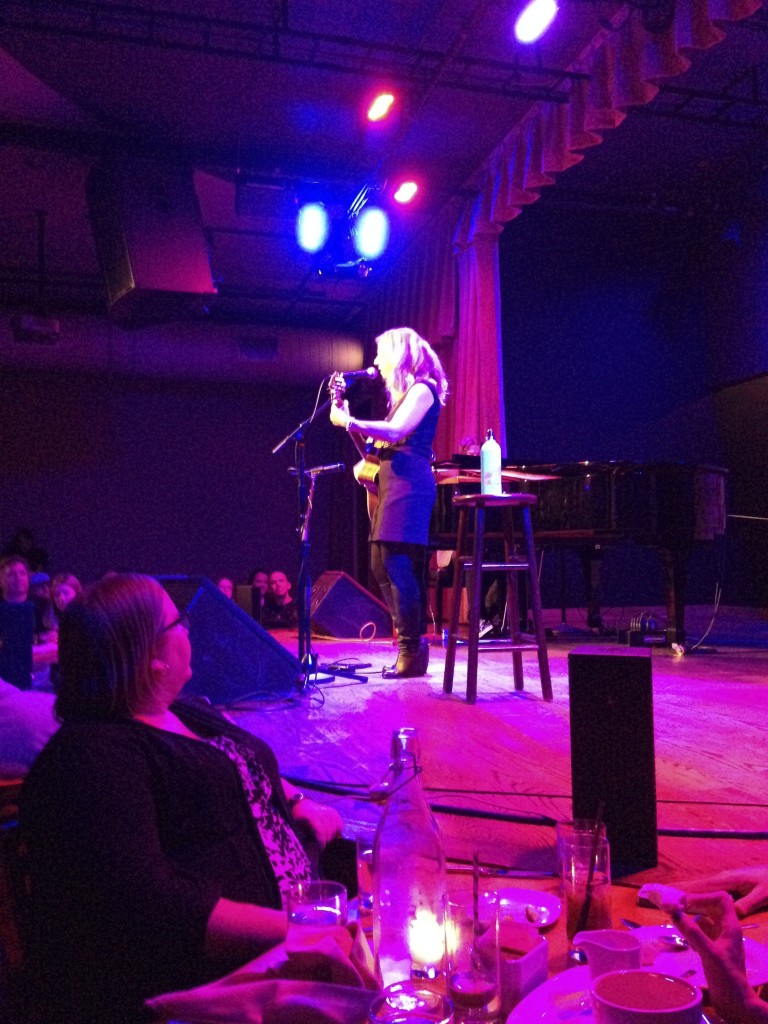 Dar was great, talking a lot with the audience, and really funny. She played all our favorites, and a few others we didn’t know, although I think we have all of her CDs. While at the Ari Hest concert Saturday we saw a poster for Theo Katzman (who we’d seen before) but discovered Jillette Johnson was warming up for him. So we had to return to SPACE on Monday to see both of them. Despite the late booking and a packed house, somehow we ended up with our usual front row center table. That was a pleasant surprise! 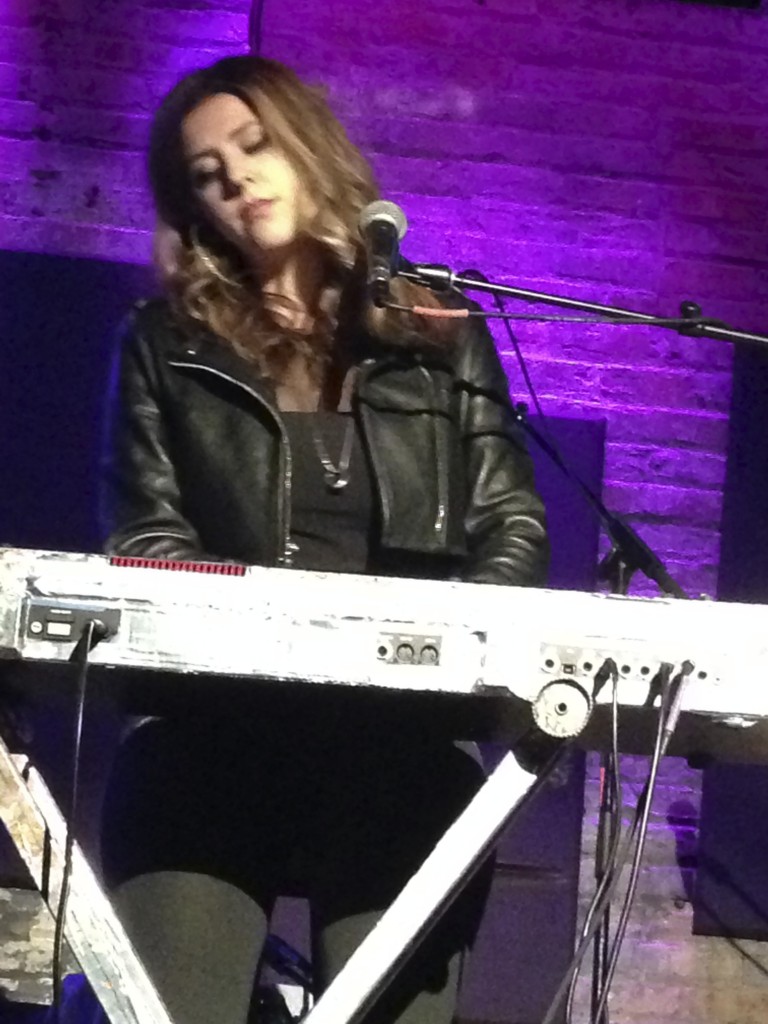 Jillett’s music is great, but she seemed tired, perhaps due to an early morning television appearance. Theo, on the other hand, has realy amped up his act since we last same him. This might be the tightest band I’ve ever heard, and the crowd, as they saw, went wild. 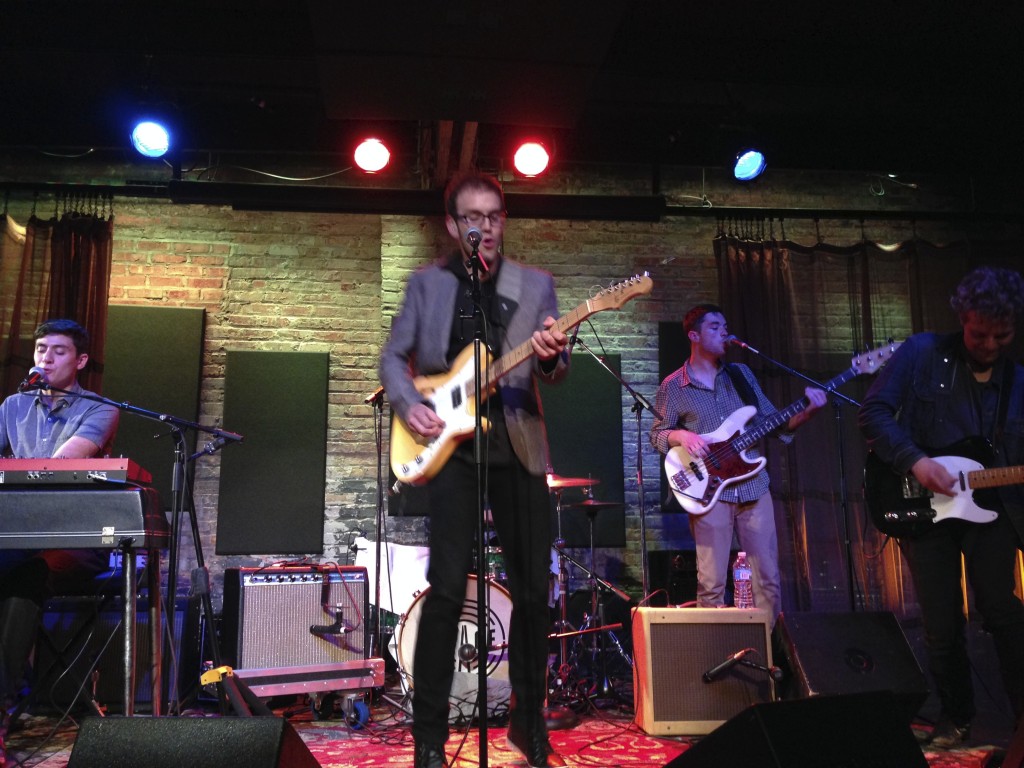 After a day off to recuperate, we returned to SPACE on Wednesday for the grand finale, Vienna Teng. This new tours is in support of her album Aims, released the day before.  In addition to show tickets, we’d bought admission to the sound check, and it was great fun watching them rehearse. 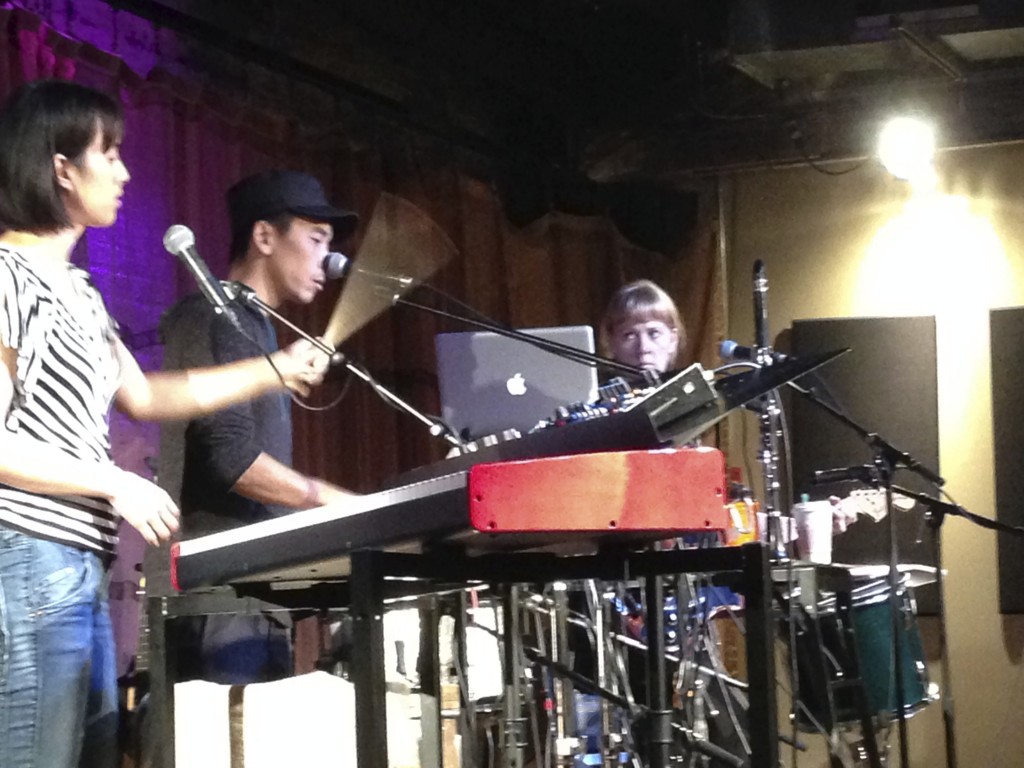 Since this was the first concert on their tour, they were still working out lots of stuff, which made it very interesting. After the sound check there was a meet and great in the green room, and about 15 of us got to chat with Vienna for close to an hour. 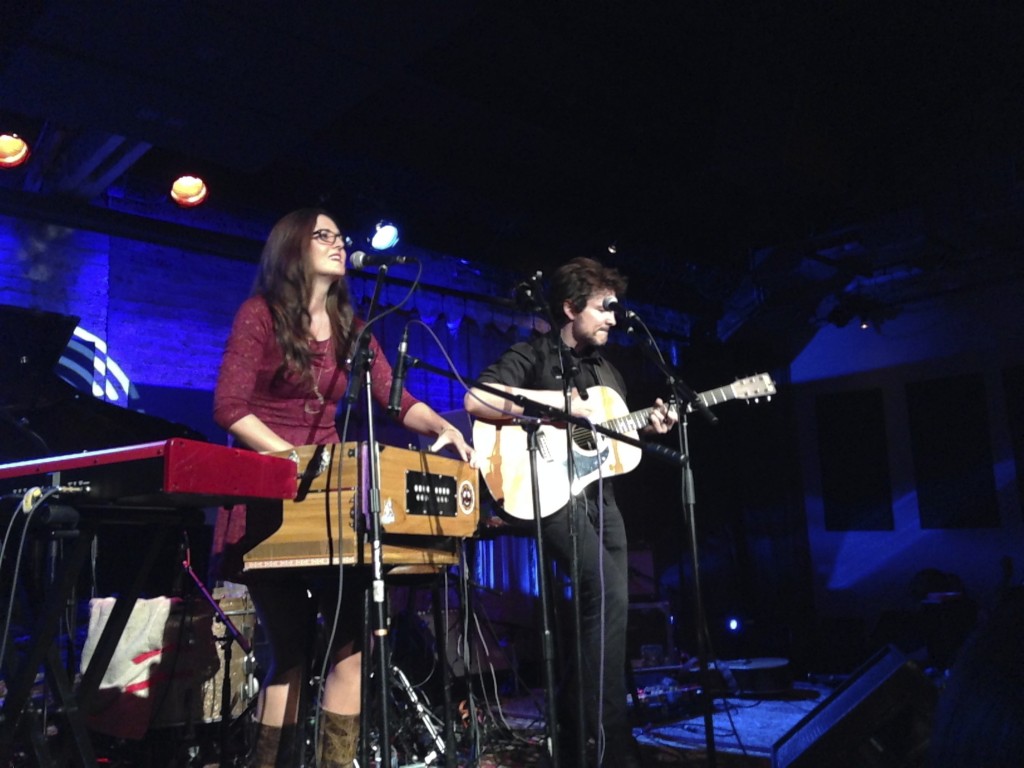 The warm up act was Barnaby Bright, another favorite of ours, and it was great to see the audience response to them. I think they’ll have a lot of new fans as a result of this tour. 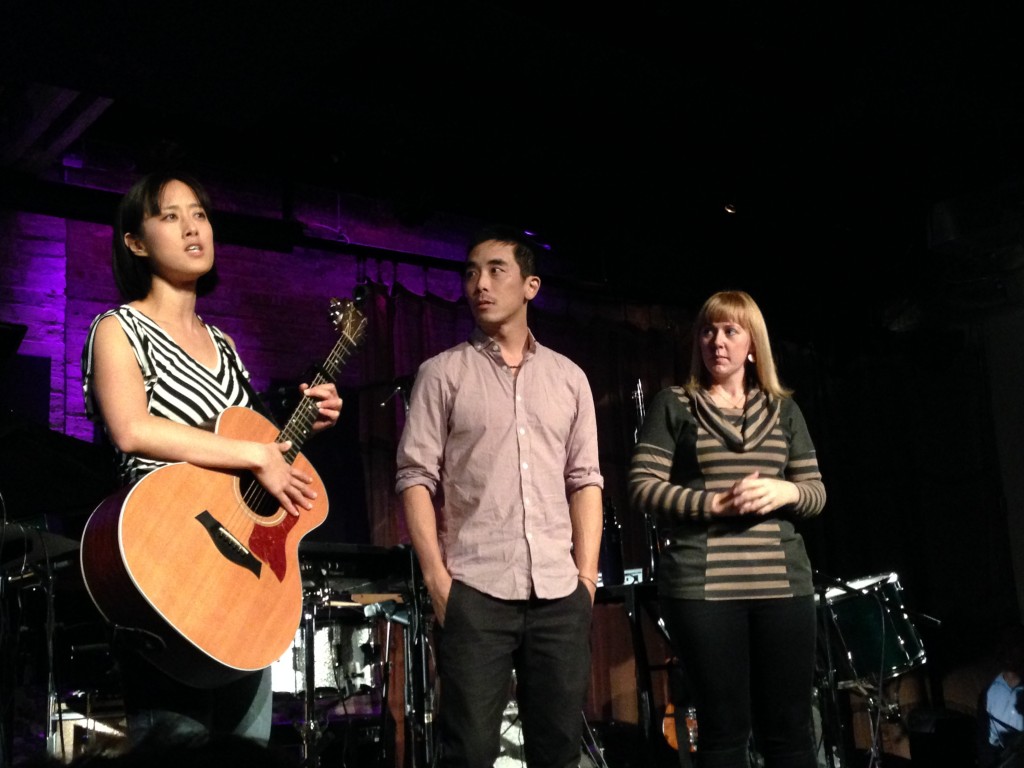 Vienna, Alex Wong, and Jordan put on a great show, playing our favorite songs, and some great stuff off the new album. Since Dani and I particularly like two obscure older songs, it was pretty neat that they were the two Vienna chose to do solo: Whatever You Want and Recessional. They finished with the raucous Level Up from the new album, and then an acoustic number (unamplified) and finally Vienna sang a cappella. A great concert, and a wonderful start to her tour.