Attending were Keith and Parlo; Ron and Bev; Steve and Linda; Niccolo’ Maltinti, the Antinori US Brand Manager; Tobias Fiebrandt of Leitz Wine; and Marc and Kai Frontario. 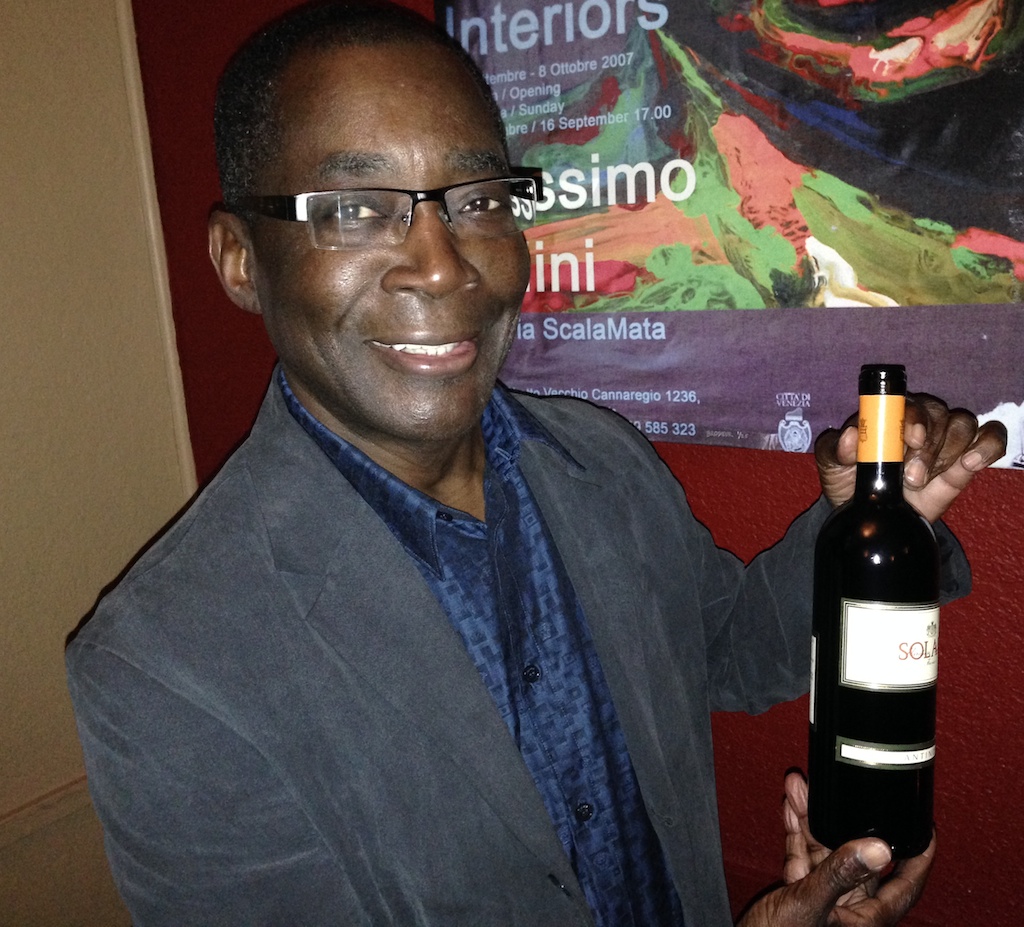 We began with a 1966 Moet & Chandon I’ve had in my cellar for twenty years. As with most really old Champagnes, the effervescence was gone, but great acidity made the wine quite an interesting old chardonnay, with a caramel and fig finish. An amazing accompaniment to the deviled eggs. 90 points.

Keith’s Jacques Selosse Initiale proved a great palate awakener after that, with a toasty nose, crisp fruit flavors and a lichee finish. Served with raw oysters I didn’t try. 92 points.

We then took our seats for the vertical tasting. As always, Keith was super organized, with beautiful tasting booklets for everyone. The tasting began with some introductory comments by Niccolo’.

We tasted the wines from youngest to oldest, in four flights. My notes:

Overall thoughts: I was struck by the fact that the youngest wines were quite drinkable, which I wasn’t expecting, and that the oldest wines, even those completely ready for drinking, showed no signs of age. There were several stylistic shifts across the years, with the wines from the 2000s clearly better drinking, and the 1982 (one of the very first vintages) a completely different animal. Unfortunately that animal is what I’m looking for (as, apparently, was the rest of the group, since 9 out of 10 selected it as their favorite).

The value of the vertical was to show the consistency of the winemaking, which was high, and the product, which was moderate. Certainly as a group these wines could not be compared with French first or second growths, or the best cabernets from California. For Linda and I it reinforced why we don’t have Italian wines in our cellar, but of course for others the impression was different.

Dinner included a perhaps too subtle ceviche, a nice corn chowder, a lovely fish on a spectacularly flavorful bed of savory corn, an excellent duck dish on a risotto that even I (a risotto avoider) loved, and a superb wagu beef with truffle oil and mashed potatoes. This was far and away the best meal I’ve had at K. It ended with many passed desserts. Linda and I left after dessert, although more great wines came out, but she was tired, and the sugar had made it impossible to return to dry red wines.

Here are my notes on the wines that accompanied dinner:

1991 Dominus (Keith)
This wine was presented blind as a first growth, but there was little doubt in my mind what it was. Green pepper, great tannin structure, coffee, graphite, spice, jalapeño, very young, talcum powder. Easily Wine of the Night! 99

Thanks to Keith for putting together a great event. These vertical tasting can be hard work, because they require lots of attention and careful discussion, but I find them the most educational of all wine events. 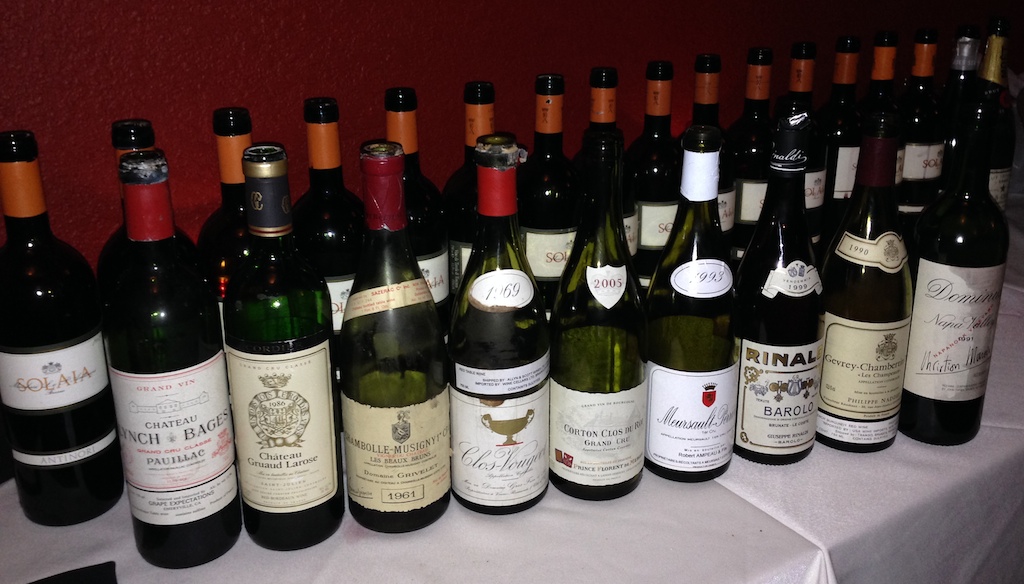