Ron organized this four decade tasting of one of California’s first great flagship wines. We met at Eddie V’s and began with three flights representing the 70s, 80s and the 90s/2000s.

I was struck by the distinct stylistic difference between the flights. The 70s represented old school California winemaking, while the 80s showed a distinct Bordeaux influence, and the wines from the 90s/2000s reflected a significant leap in overall winemaking technique.

Although I scored the wines throughout the evening, all of the wines were of such consistent quality that the scores aren’t really meaningful. The Ridge wines improved through the three flights. The group’s favorites were the 72, 74, 81, 91 and 96, while the 2007 was felt to have long term potential.

Following the formal tasting the attendees poured an additional dozen wines. These wines, all French, were consistantly of stunning quality, all rating well into the 90s. Many of these wines were poured blind.

The most impressive moment of the night was when Ron identified the appellation, year, and producer of the 1999 Cote Rotie. That definitely earned a round of applause!

(Raymond 1974 CS added for contrast – fruit, vanilla, probably what happens to a fruit bomb after 40 years) 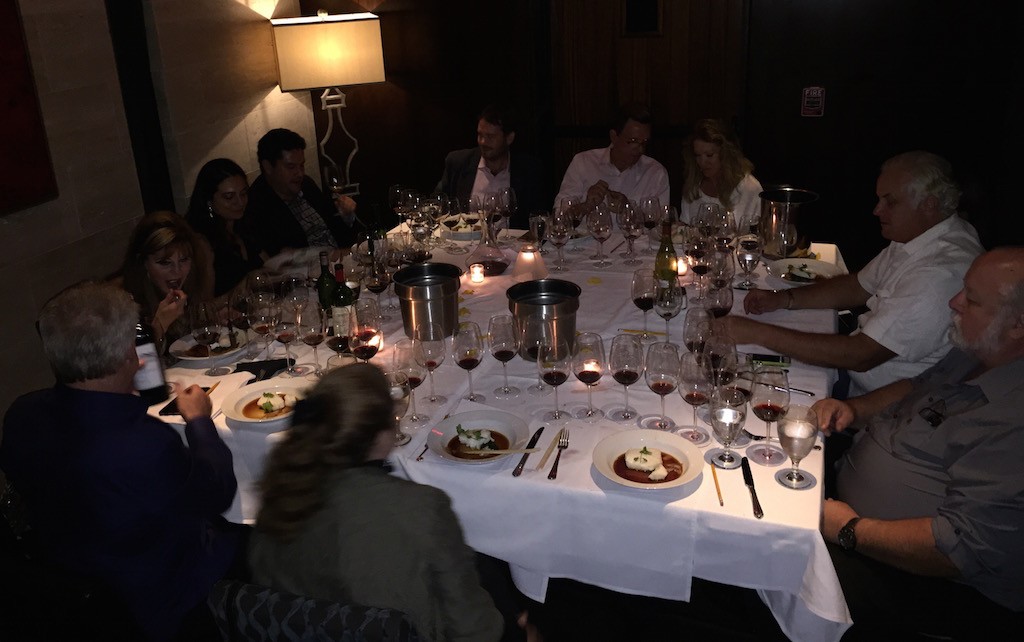 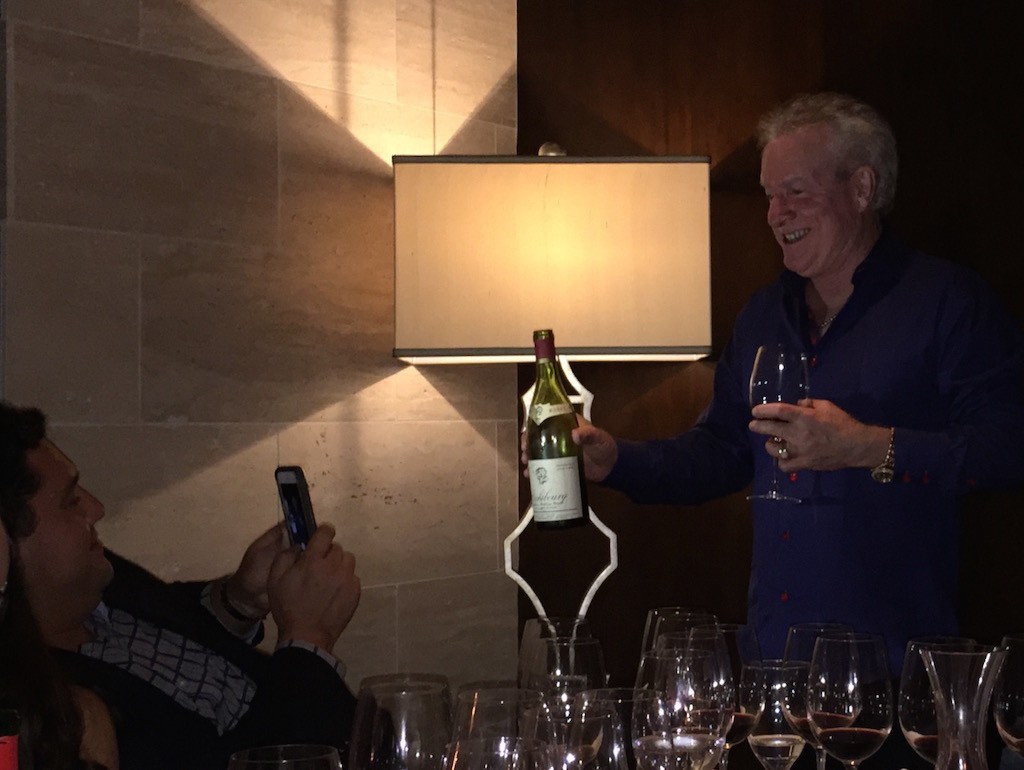