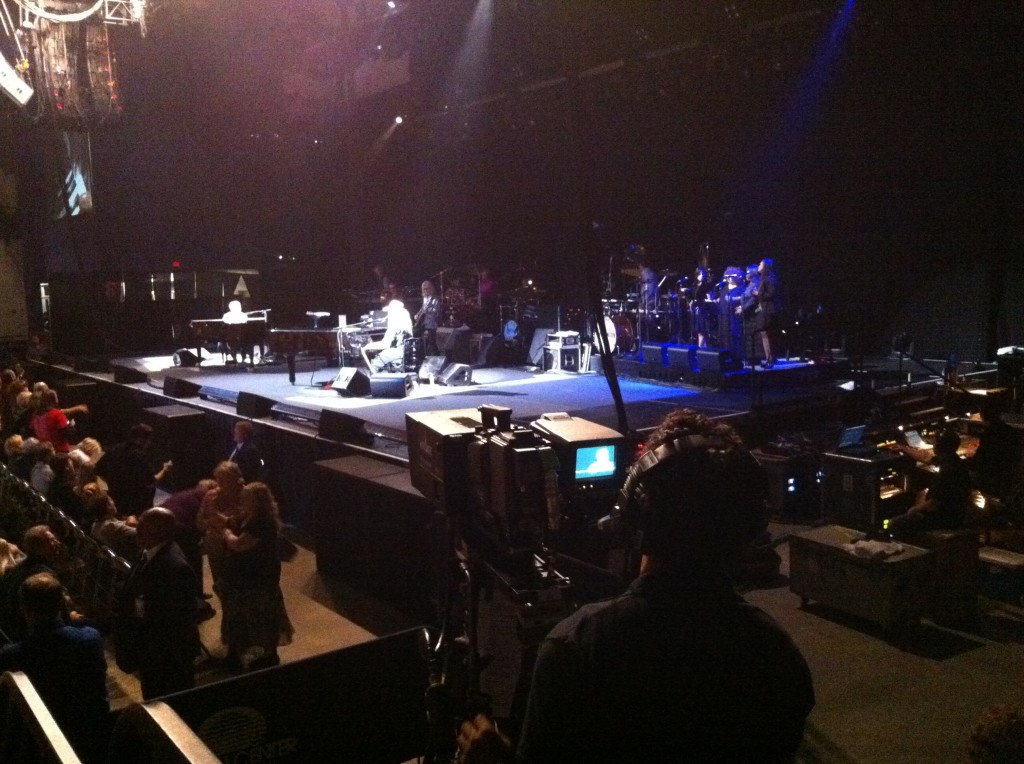 Elton John has devoted this year to resurrecting the career of Leon Russell, his early inspiration. At Daytona Beach last night Sir Elton even came out first to introduce Leon’s half hour set. Leon’s long white hair and beard make him look like Santa Clause wearing a white cowboy hat. He’s frail, and shuffles onstage with the help of a cane, but his piano playing is undiminished, and his style is so similar to Elton’s that it’s often hard to tell who is playing.

Leon’s opening set ran 30 minutes, and included only two songs we knew, Tightrope and Song For You. Then he took a break and Elton took the stage, perking things up with Saturday Night’s All Right For Fighting, and a half hour of other hits. 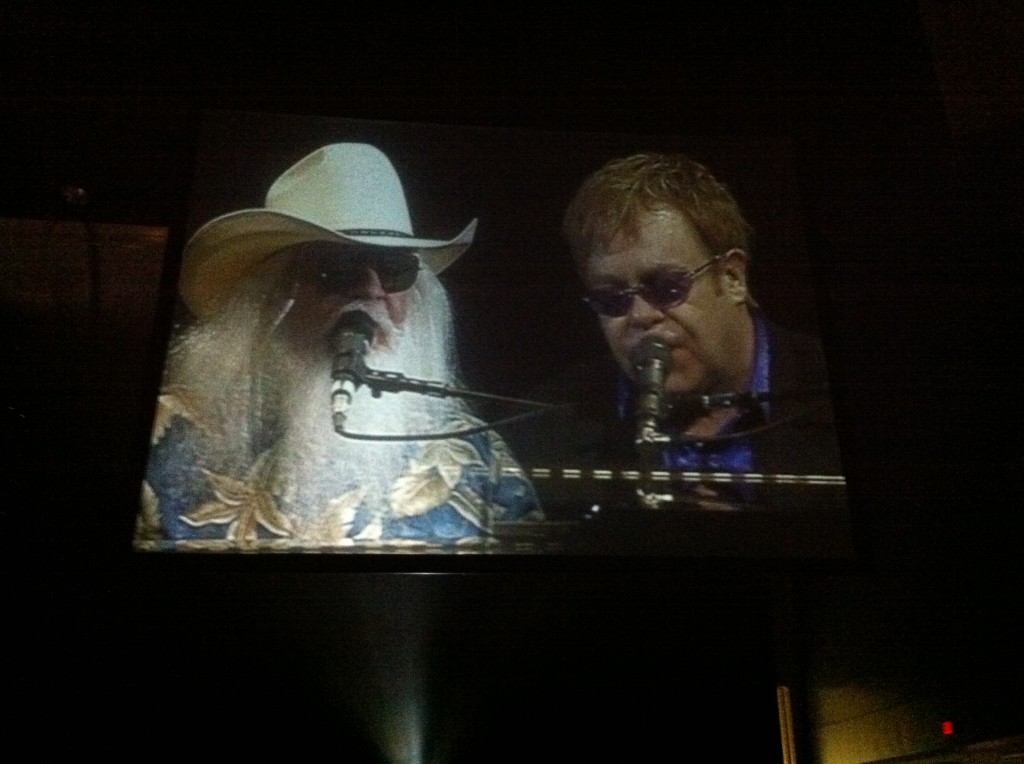 The center piece of the concert saw Leon return and the duo plus large backing band played nearly all of their new album, Union. Listening to the album on the way to Dayton, Linda and I found it slow and somber, but at the concert they performed a complex, uptempo version that was better. As Elton noted, “It’s hard to listen to new music,” but the crowd was enthusiastic. Elton was clearly delighted that the two of them had an album at number five, their first top ten “in decades.” The best song is probably Shilo. The final number, a gospel solo by Leon, is a song he wrote to thank Elton for being his “angel.”

The album complete, Leon headed for bed, and Elton played his hits for more than an hour. The audience was on its (overweight, middle aged) feet after every song. For me the highlight is always his improvised introduction to Take Me To The Pilot. If you haven’t experienced his phenomenal piano improvisations, check this out on youtube. 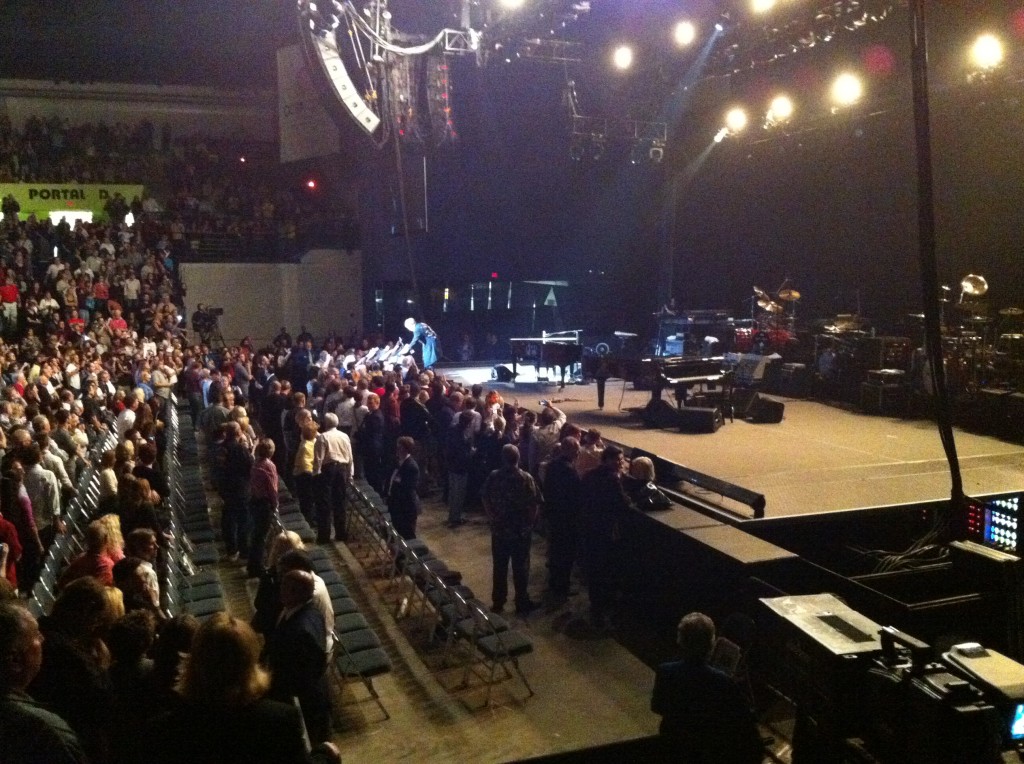 Well past the three hour mark, Elton returned for an encore of signing autographs and finished where he began his career, with a heartfelt Your Song, dedicated to the audience.

As we filtered into the parking lot we reflected on how nice it was to see a concert by someone who clearly wanted to be there, sharing his music with the audience, completely the opposite of our experience with The Eagles.

This concert was extraordinarily loud. Even with earplugs I’m still a bit deaf in one ear. I feel sorry for those who didn’t have them. It’s a shame they insist on cranking the music so loud, because it creates echoes in the arena. The sound was much better on the softer numbers.

Before the show we had dinner at The Cellar, a favorite restaurant in Daytona Beach. It’s in the basement of Warren G. Harding’s home. No kidding.