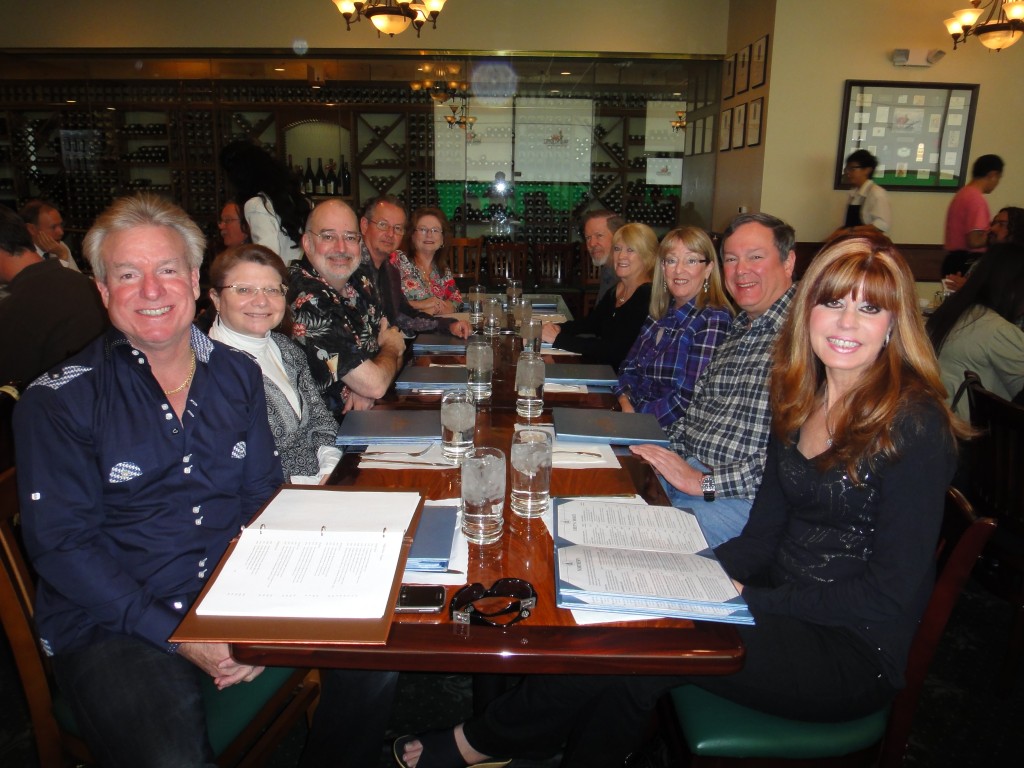 For lunch we went to Lotus of Siam, regarded by many as the best Thai restaurant in America. It’s in a dumpy shopping center off of Sahara, so I’m sure we looked a bit incongruous piling out of a stretch limo. Certainly it was the best Thai food I’ve ever had, and it was great with a large party, because we could have a little taste of so many dishes. 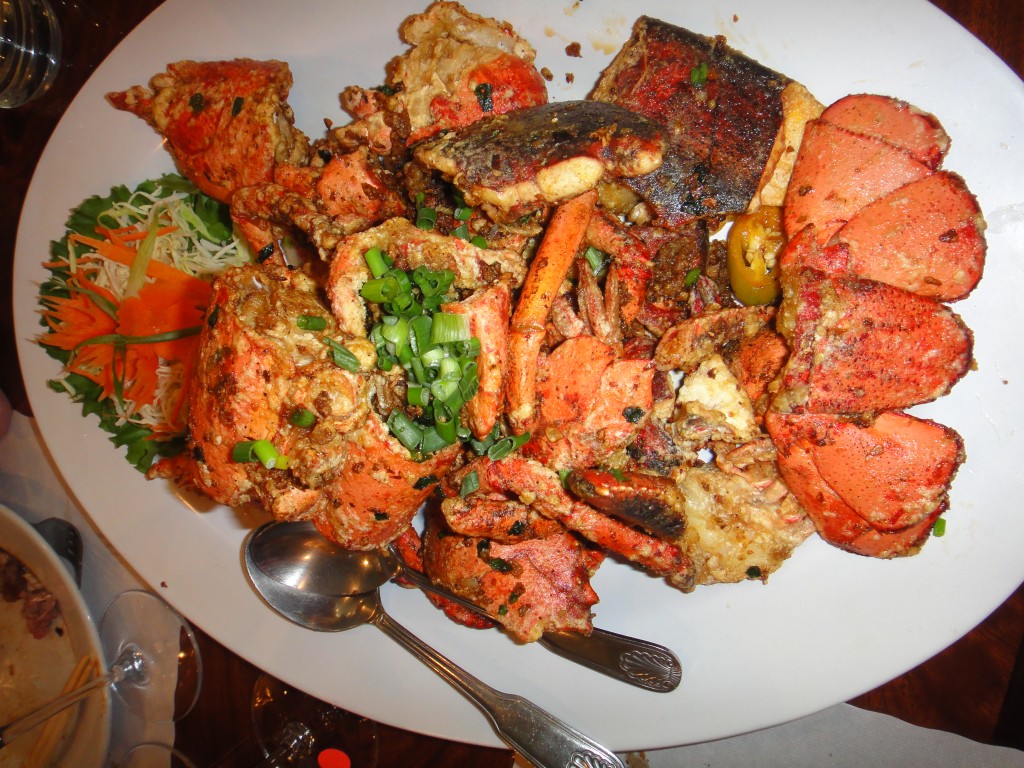 The wine list is quite amazing, with a thousand or more selections, and priced in many cases below retail. There are many bottles that are simply not available at retail, and we took the opportunity to try several 100 point Parker wines. While I didn’t record the food, the wines were: 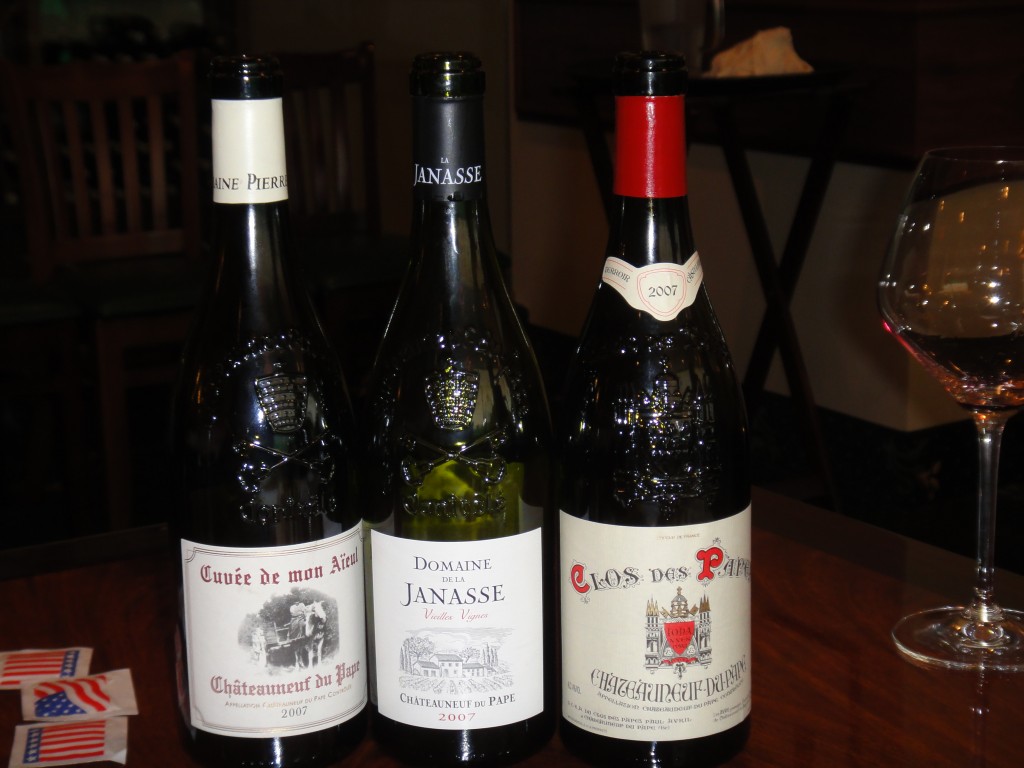 My scores are mostly lower than Parker’s, but he’s a nut for that 2007 Chateauneuf du Pape vintage. 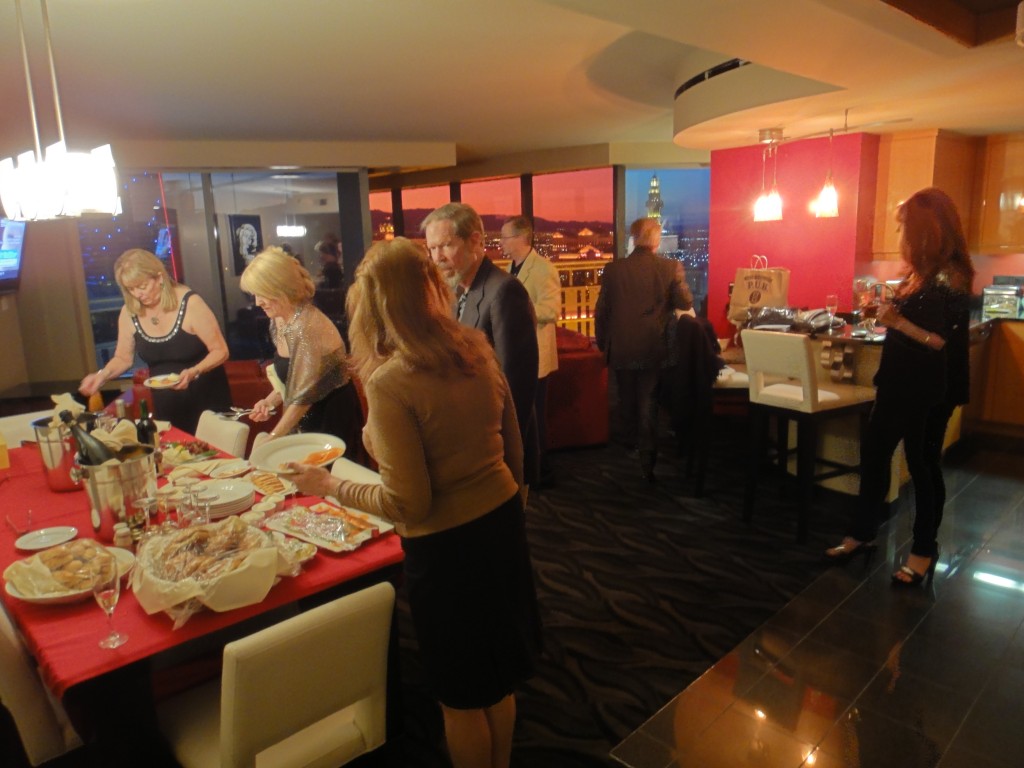 In the evening we walked over to Ron & Bev’s suite at the PH Westgate for a get-together and had some salmon, Champagne and a 1989 Ch. Angelus that was drinking great, but young. Their suite is expansive, with a wonderful view of the Strip. The blue and red tinted glass is a bit weird. 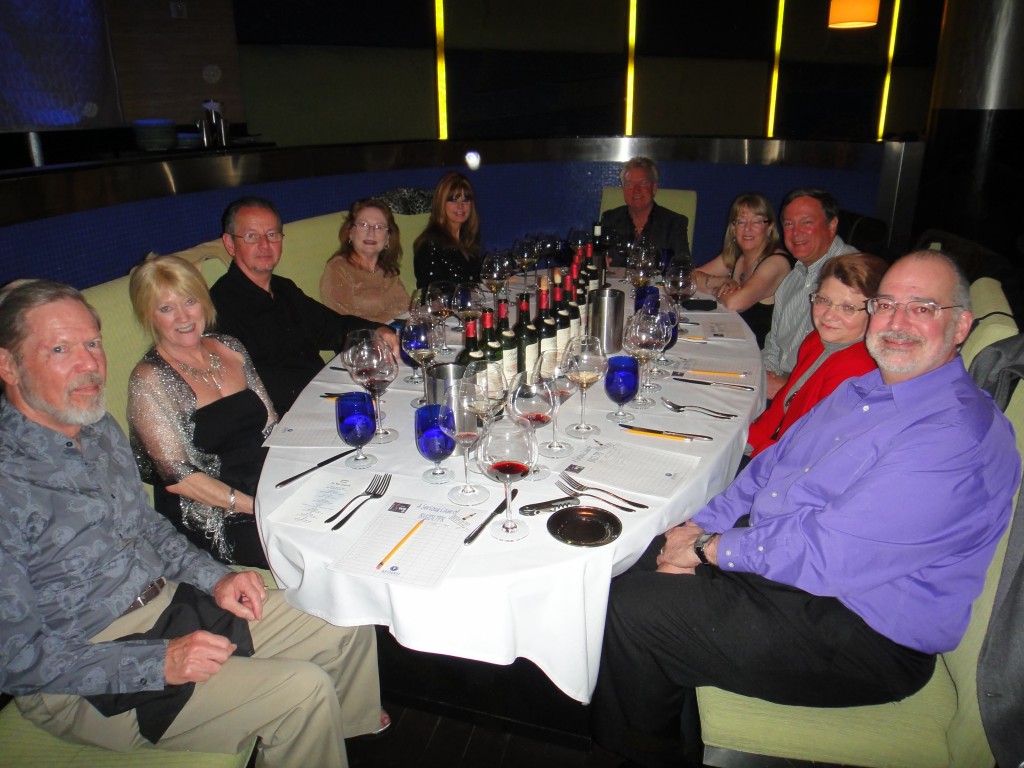 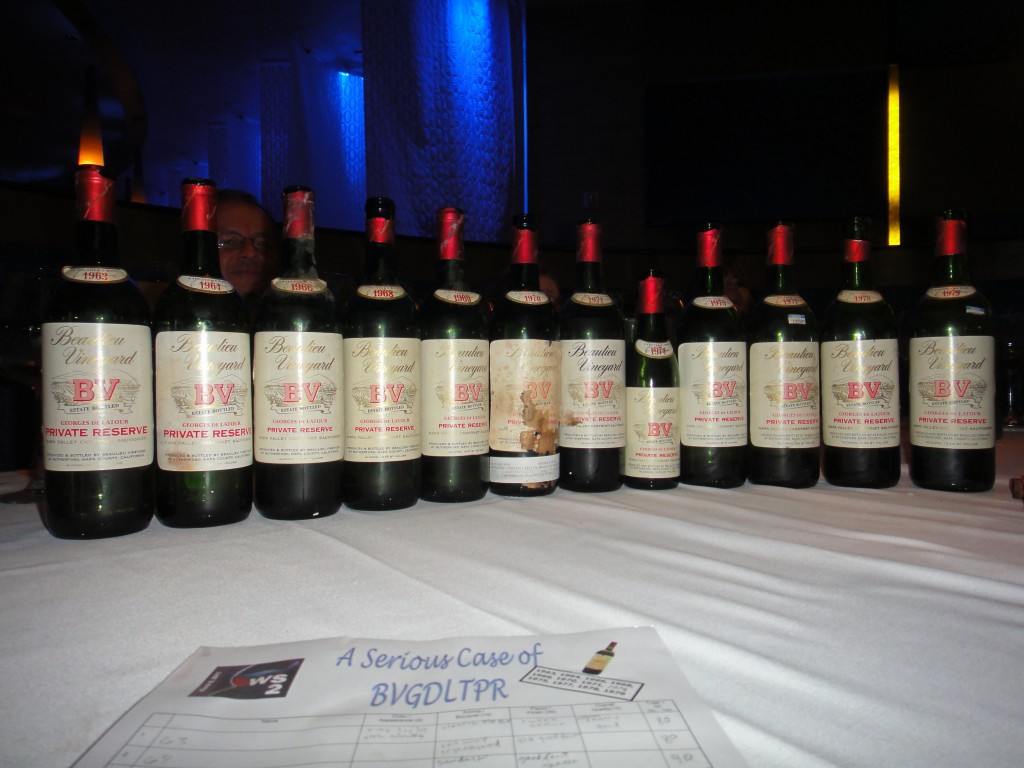 The food was pretty lackluster, as with my previous visit to Aquaknox:

Needless to say, two strikes and Aquaknox is off my list!