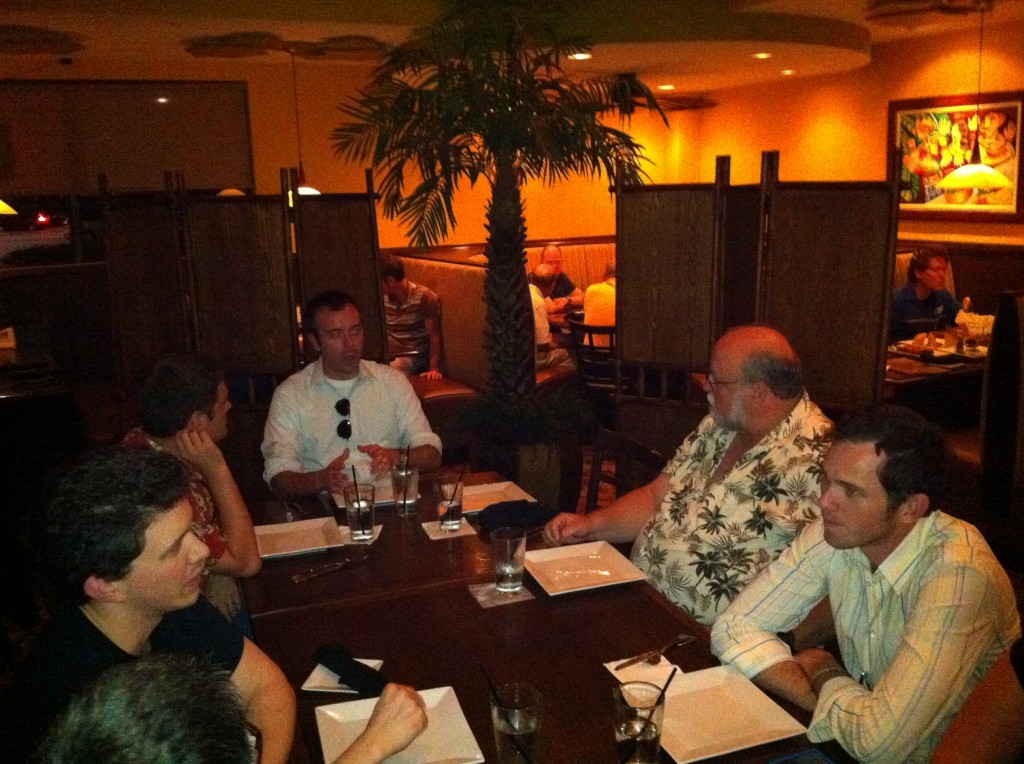 I’d never been to a micro brewery tasting before, so when I heard about a Cuban dinner and beer tasting at Padrino’s, I asked Martin if he’d like to go. Since it combined two of Linda’s least favorite things—beer and Cuban food—I didn’t bother to ask Linda!

The event was a lot of fun, mainly because the beers were very unusual and complicated and different from each other, and all really matched the courses with which they were paired.

We were also lucky that we sat next to Matt and Phil from Lockheed. Phil knew as much about beer as we knew about wine, so it made for some interesting discussions.

The food was good, though not the best Cuban in town (that’s at Numero Uno).

Cubano Espresso
Coffee beans added to brown ale
Not chewy, but complex and with a long coffee finish
93

Afterward, Martin and I sat outside with Cohibas and Gran Marnier, and listened to the agonized screams from the sports bat across the parking lot as the Magic ended their season.