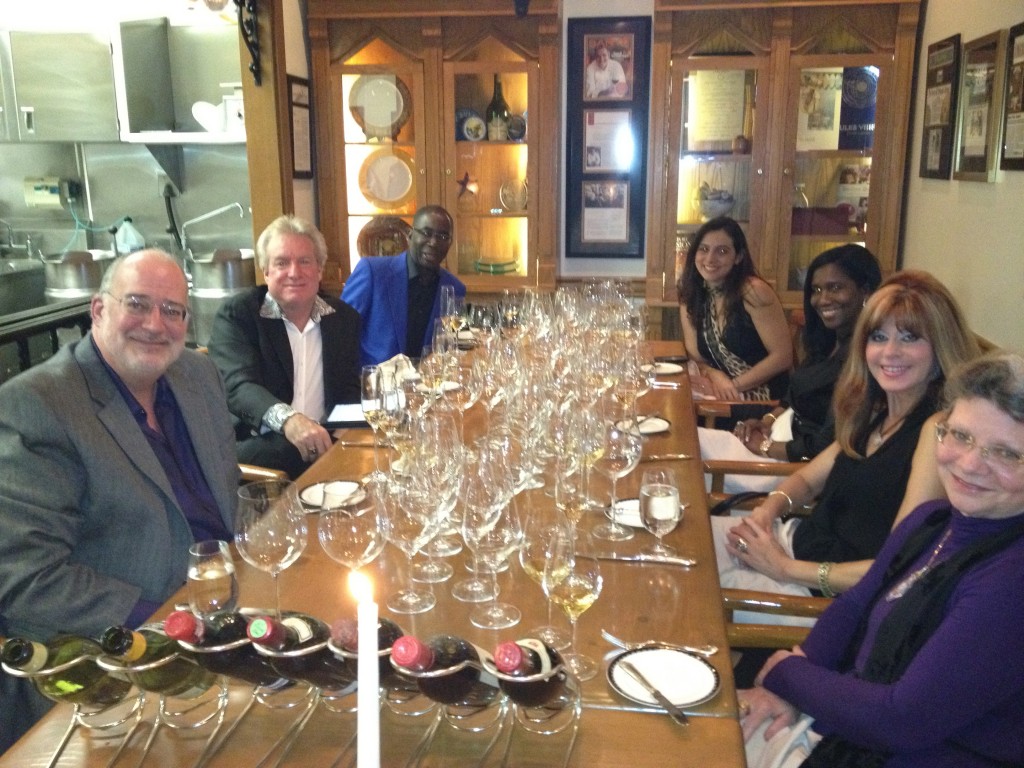 Our focus was on Bordeaux from the 1960s at the Victoria & Albert’s Chef’s Table on Saturday. Ron, Bev, Keith, Parlo, Linda and I assembled a collection of wines including some big names from 1961 and 1964. Perhaps it was just the incredible wines we had at V&A last week, but I was a little disappointed that these famous wines didn’t show a little better. Still, it was a fun evening, and true to his word, Chef Scott came up with a completely different ten course menu from the one we had last week. 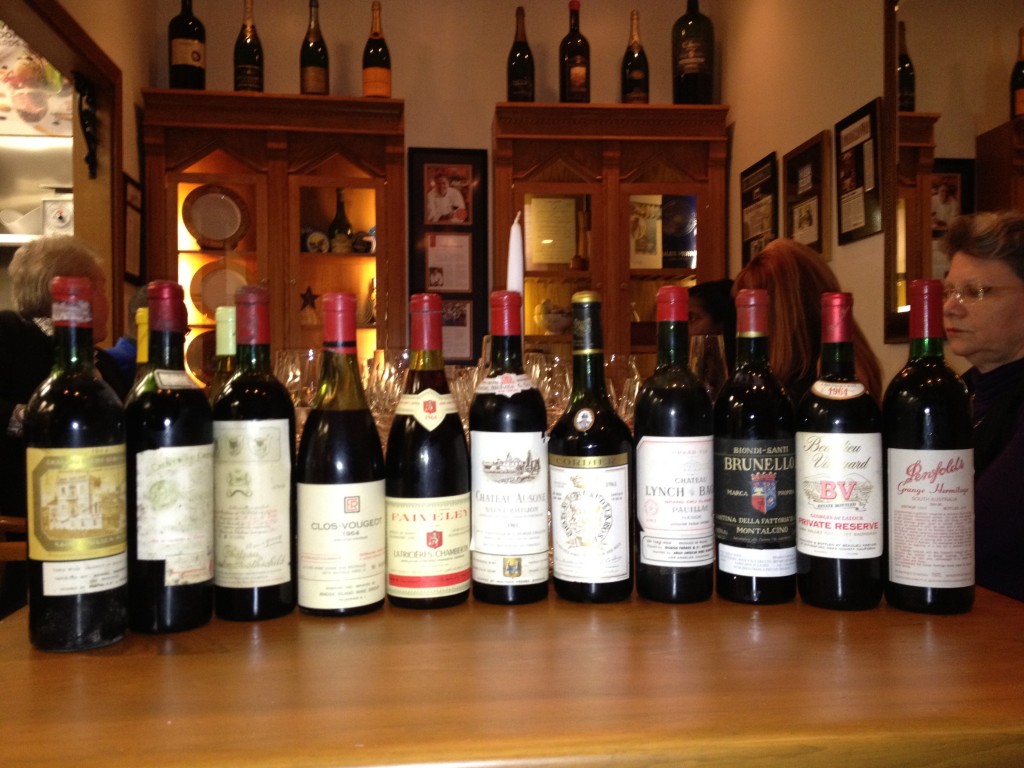 1998 Le Grand Dame Champagne (V&A wine list $380)
Lemon creamy, surprisingly simple; quite overpriced for what it was, I thought, 90 pts 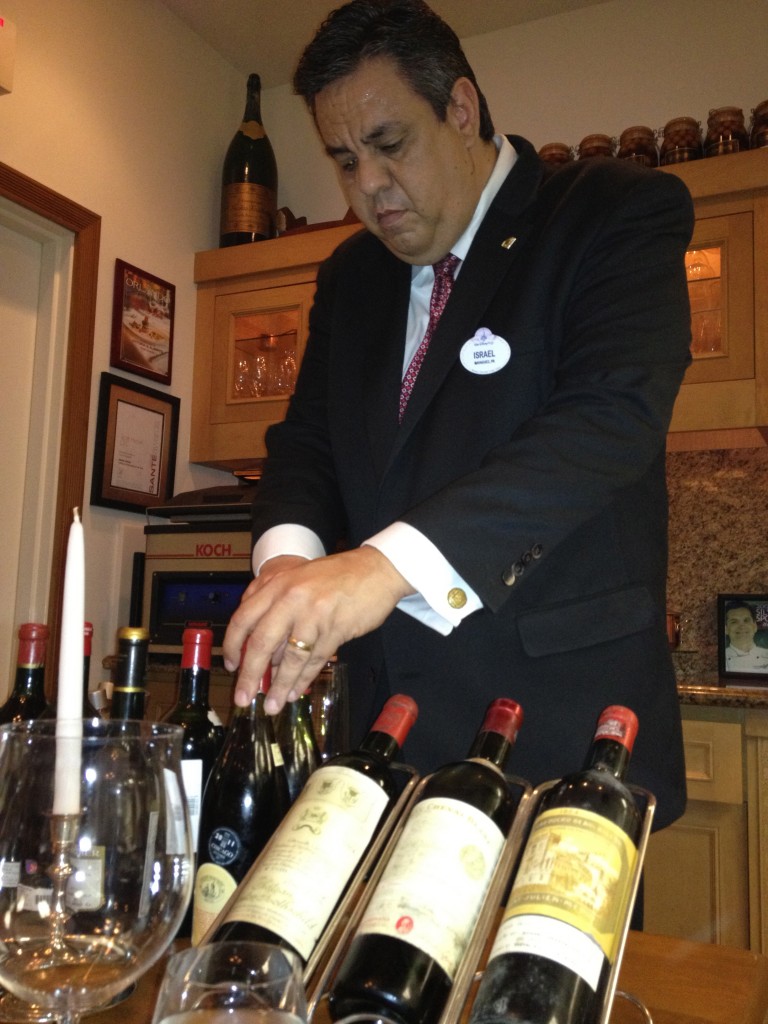 1964 Ch. Mouton (Keith)
not much fruit, coffee, over the hill; possibly not well stored prior to purchase in Italy, I suspect this wine can be better than this, 88 pts 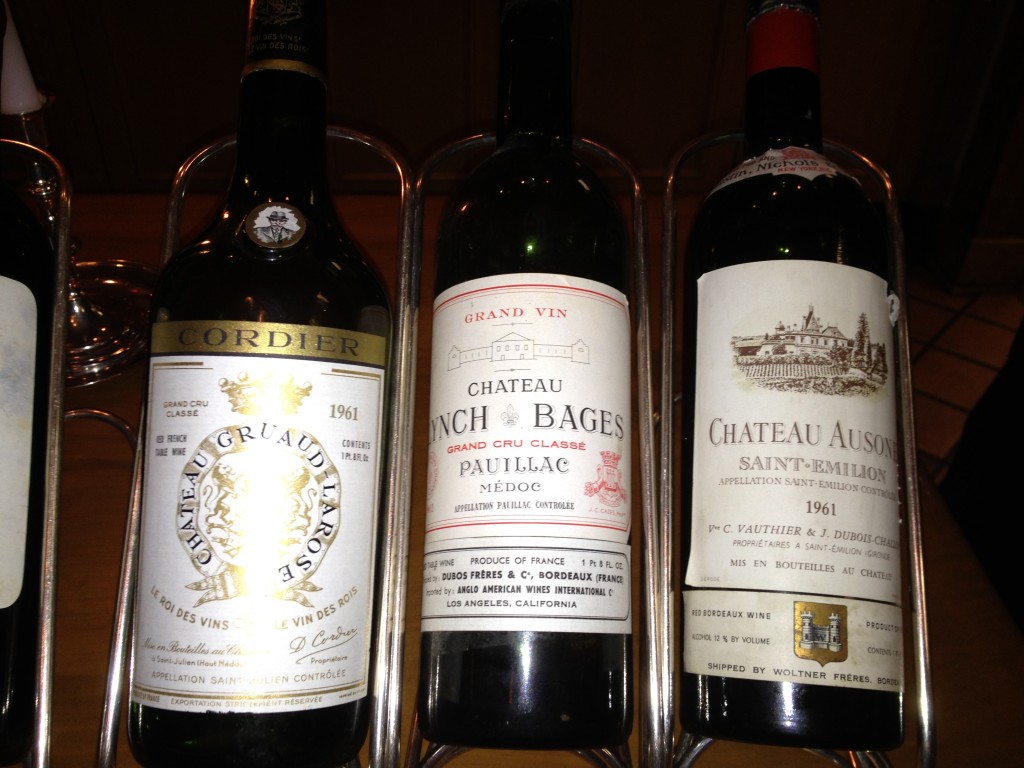 1961 Ch Ausone (Ron)*
Youthful, rare meat, graphite, gravel, iodine, chocolate; a great wine but considering the stellar vintage, maybe not as good as it could have been, 94 pts

1961 Château Lynch-Bages (Steve)*
Bug spray (blew off immediately), big dark fruits, mint, coffee, iron, elegant; I’ve had this wine many times, and this bottle was the least impressive in my experience, the wine might actually be in a dumb stage and need a bit more time, 94 pts

*All three 61s will age many more years, but the Lynch Bages especially is age-worthy. I don’t think it would be possible to duplicate the Gruaud Larose.

1975 Ch Ducru Beaucaillou (Keith)
Classic 75 Bordeaux nose, a bit of wax, coffee, tight; will the fruit out last the tannin so this can achieve balance? 90 pts 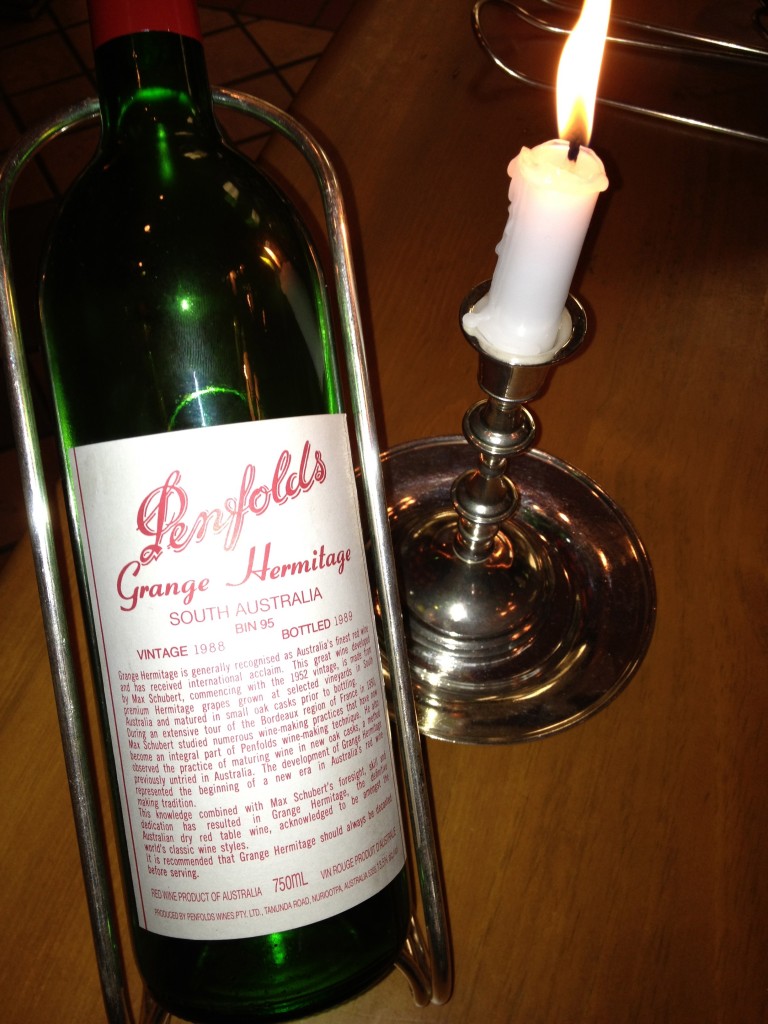 1988 Grange (Ron)
Tight, high alcohol, very tannic, not ready to drink yet, good fruit, high acid, a lot of wood; this wine was controversial as Ron like it a lot, but I found it unyielding; it’s so hard to find a Grange that’s ready to drink, no score 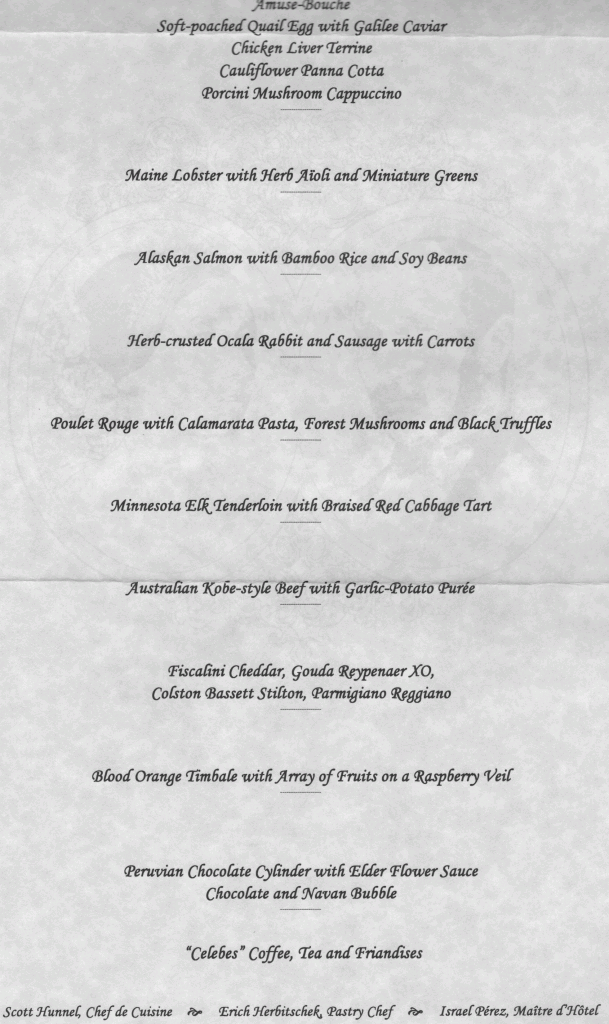