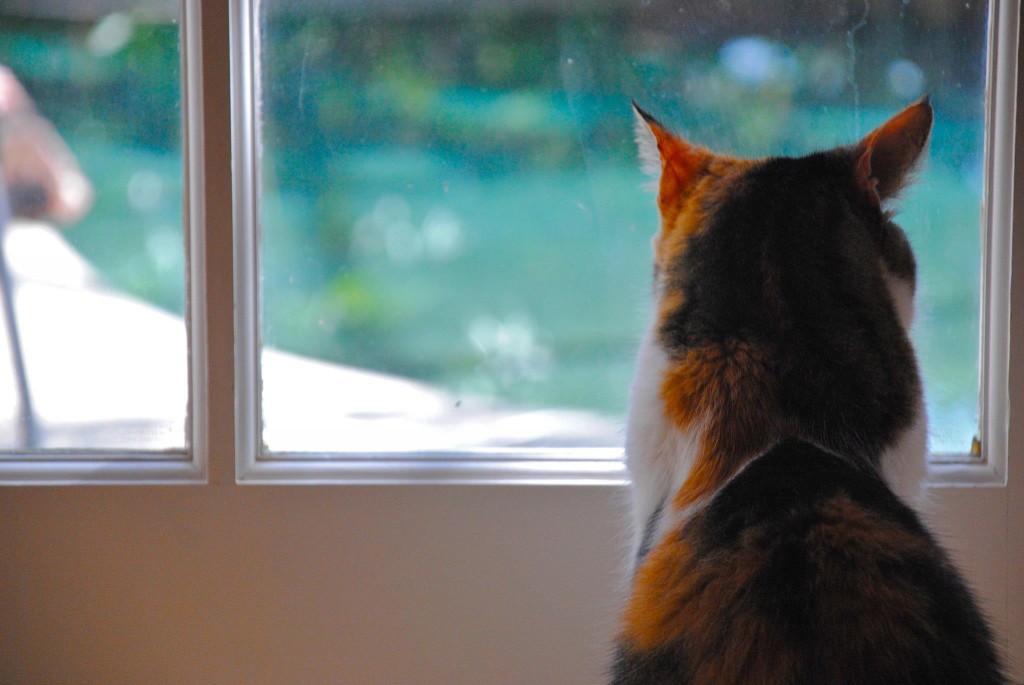 Early Friday morning a pathetic person put a hose through the mailbox slot in the door and flooded a section of our office. Much of the staff was out Friday for an off-site training with fourteen enthusiastic customers, but those in the office spent the day moving things to higher ground so the water remediation company could start drying things out. The damage will probably run $20,000.

In a world where security cameras and cell phone towers track our every move, why would someone risk prison time and a permanent stigma to do such a thing? Alcohol–the courage of the weak–was probably involved. But the real answer is low self-esteem. To a person whose entire worth derives from the approval of others, such an act may temporarily make them feel more powerful. But in the light of day it’s rather pathetic. People ask me if I’m mad, but all I can really feel is pity.

The morning’s incident was overshadowed by the afternoon, when we had to say goodbye to our longtime pet, Peaches. For more than ten years she has lived with feline immune deficiency syndrome, the kitty version of AIDS. That’s about nine years more than the original vet gave her. And she’s done very well up until the last couple of months, when a slow, and then steep, decline set in. By Friday she couldn’t really move.

Peaches has always been inseparable from Linda, and they spent the afternoon together. Then the kind people from the mobile vet came and she quietly passed on. I buried her near the tree full of squirrels she loved to watch. It was a sad end to a sad day, but it put into perspective those things that are important, and those that are not.