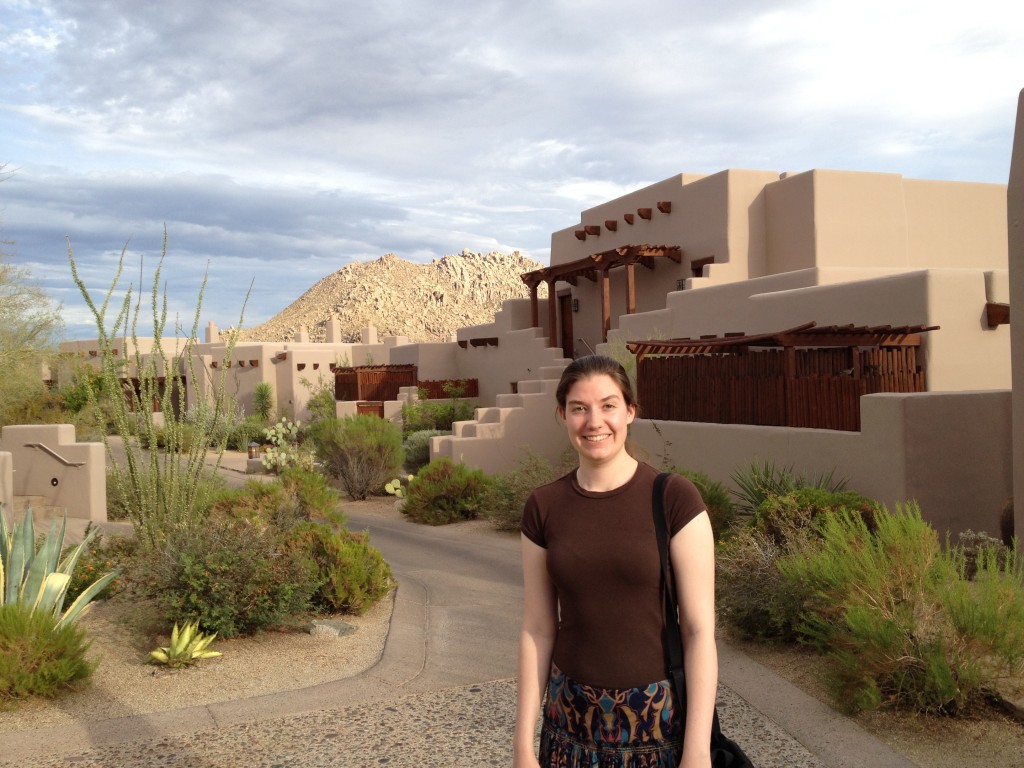 We had an uneventful flight from Chicago to Phoenix (best line by the Southwest pilot: “Well, we’ve found Arizona, now we’re just looking for Phoenix”) and a 45 minute limo ride from a real tech-head that involved discussions of tablets, iPhones and transfer speeds of different type of networks; I’m sure Dani was about to climb out of the car by the time we reached the Four Seasons in Scottsdale.

The Four Seasons is a scattering of low-slung rooms on a pile of rocks. This view is from our back door:

Weirdly, it rained today, something it hasn’t done in Chicago for a long time, so it’s actually wetter and cooler here than it was there. This might be the last temperate weather we see on the trip, though.

Arizona doesn’t believe in daylight savings time, so we’re now on west coast time, making it earlier than it seems. We’re here a day before our tour starts, so we’ll just relax at the hotel tonight, and meet our tour director tomorrow evening. 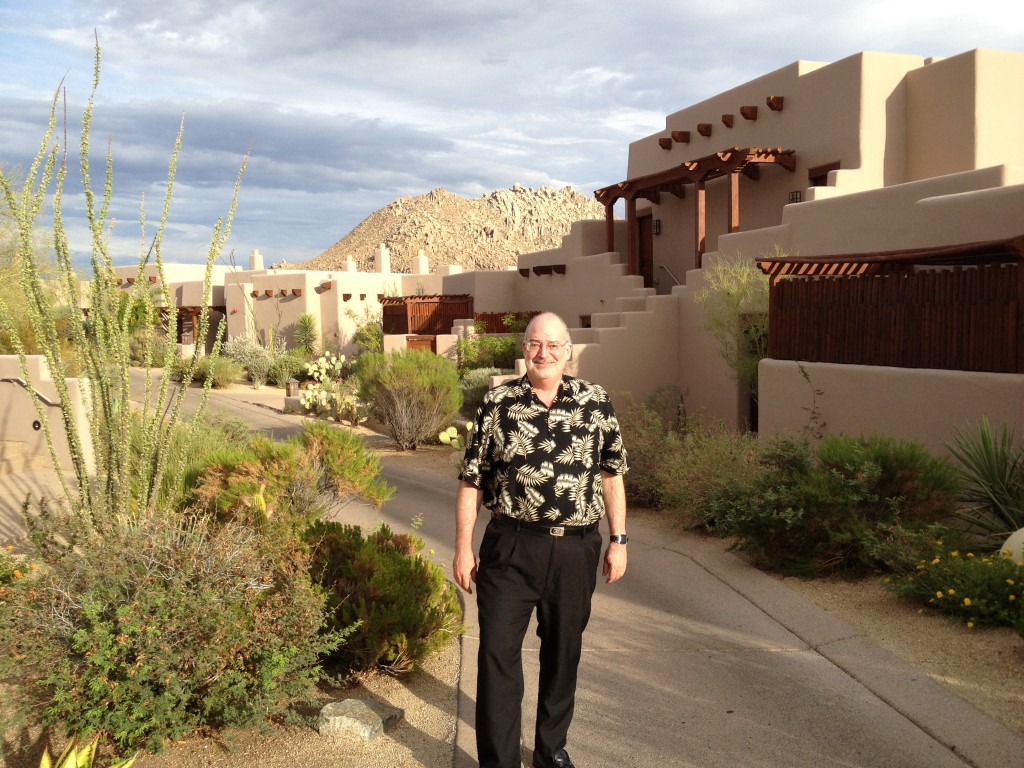