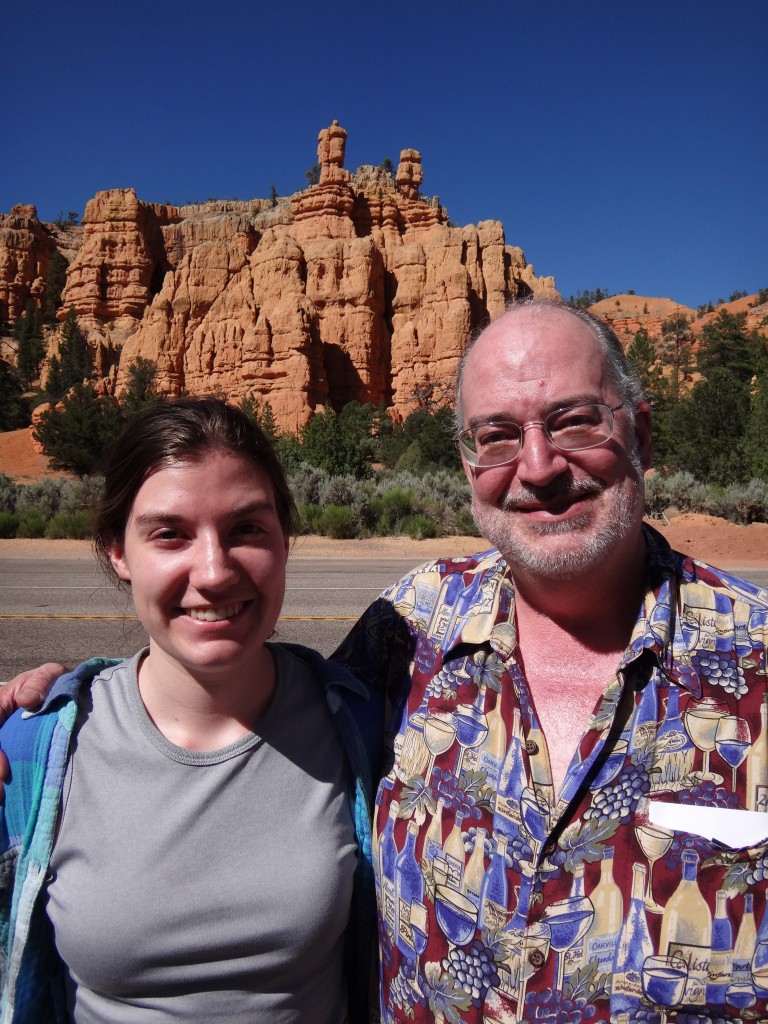 I’ve always thought Bryce is the most beautiful of all the National Parks. 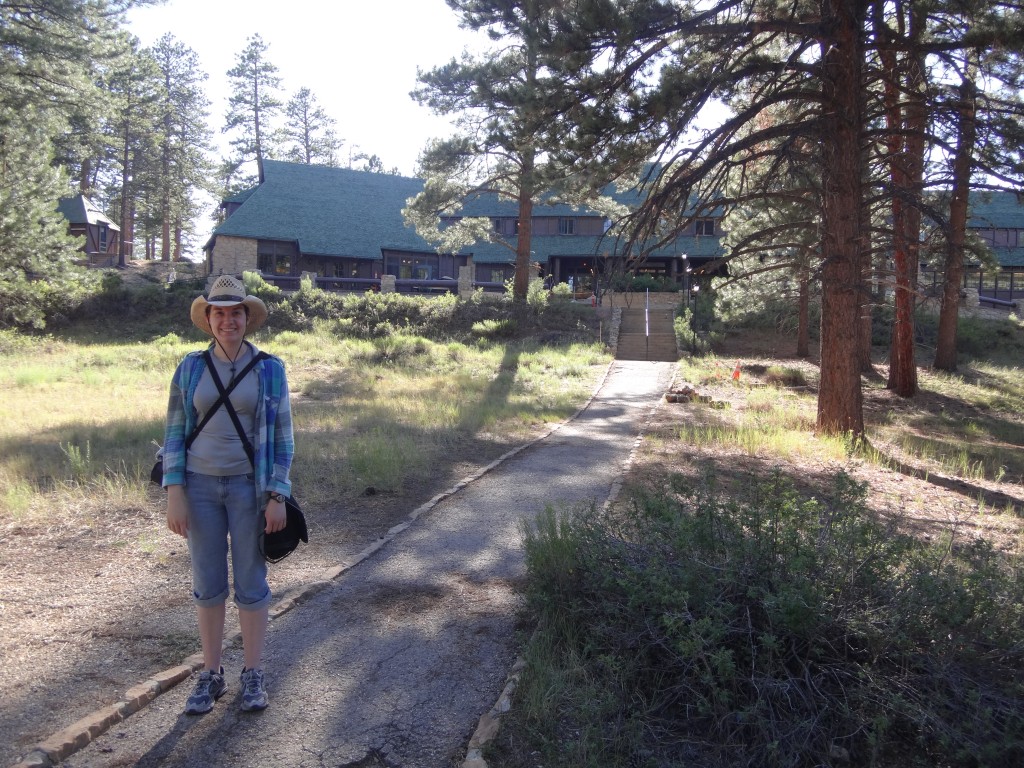 Our room was at the Bryce Lodge, which is newly refurbished. 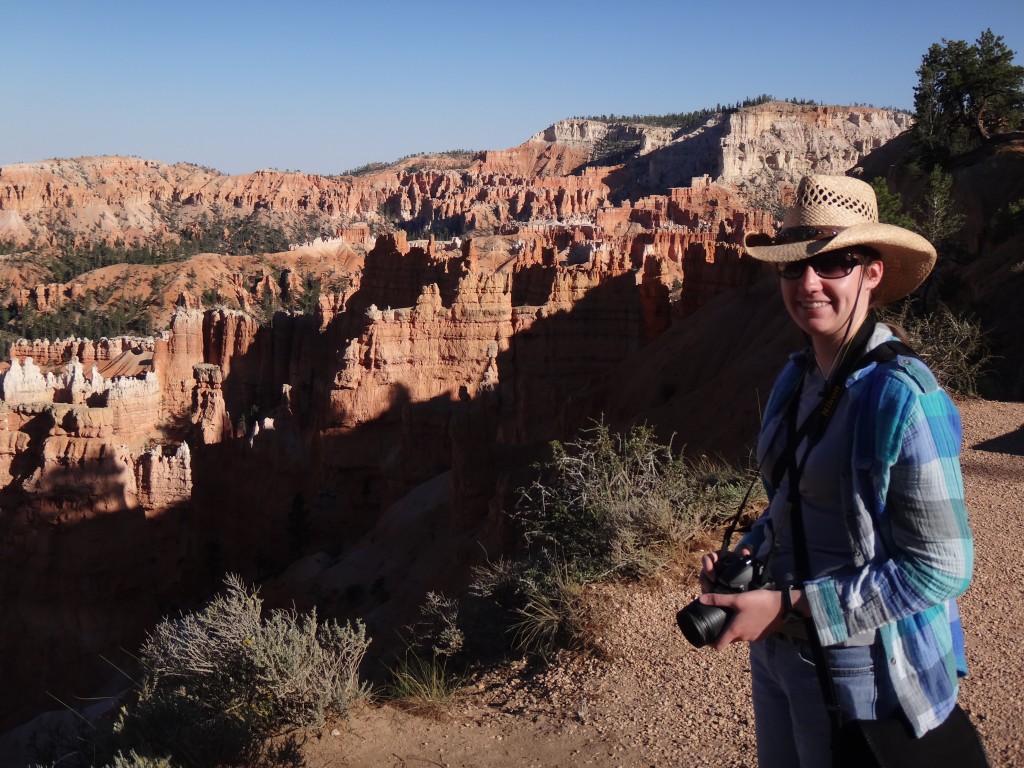 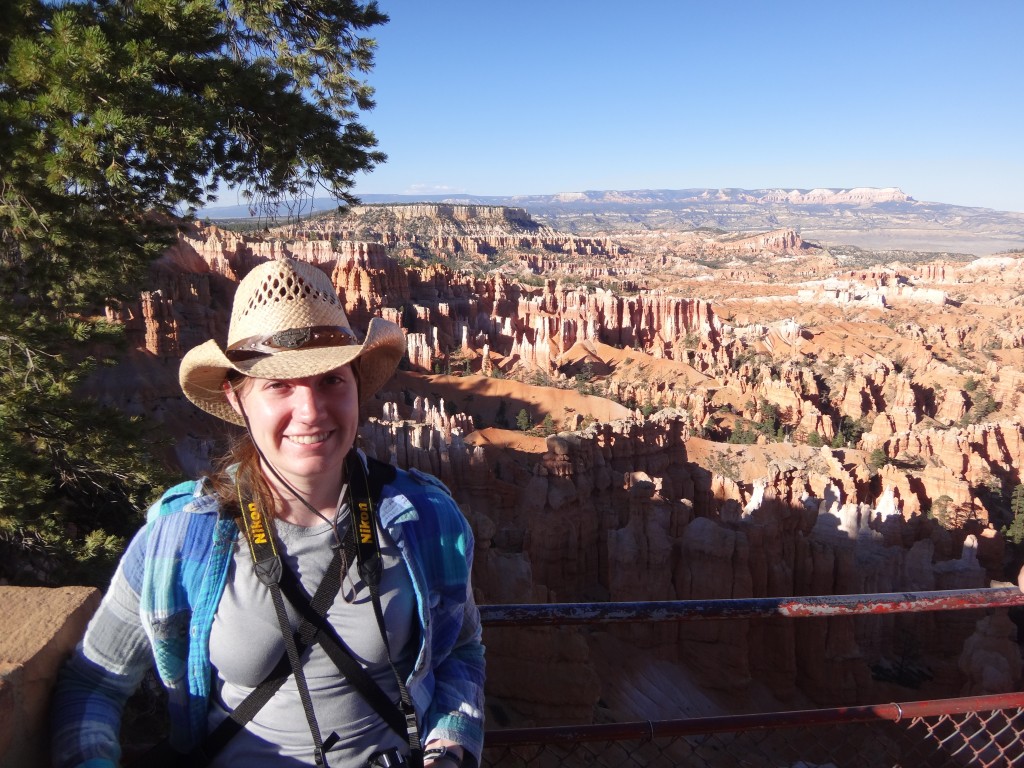 After a nice dinner at the lodge we hit the sack. I got up at 4:30 am to look at the stars off our balcony, and could clearly see the Milky Way.

In the morning, Dani went for a two-hour trail ride while I relaxed at the lodge. Then we headed for Zion. 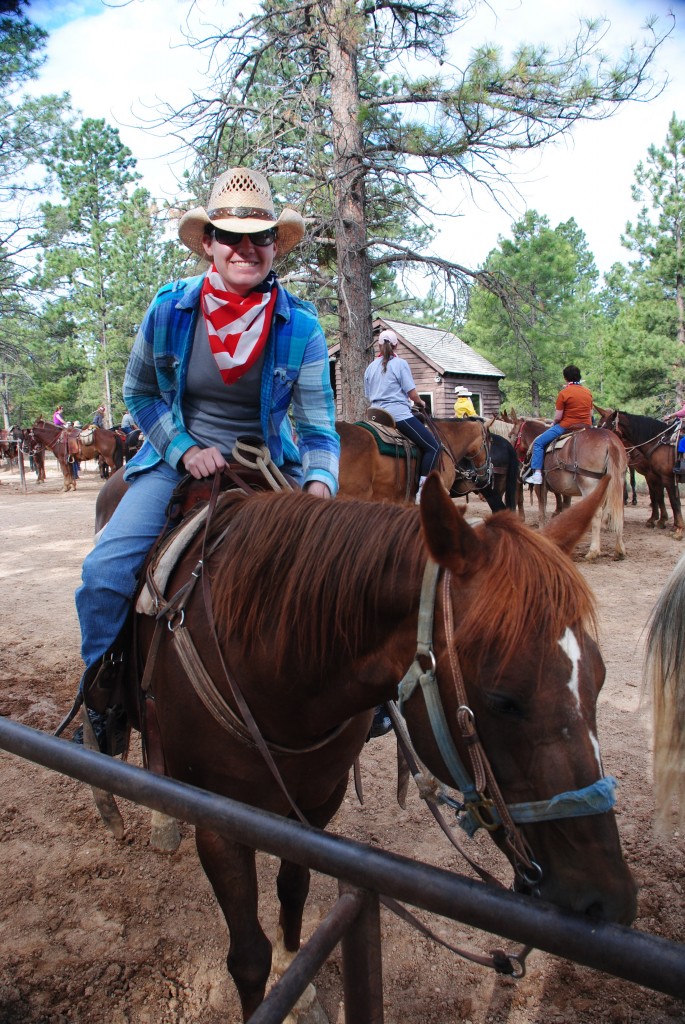 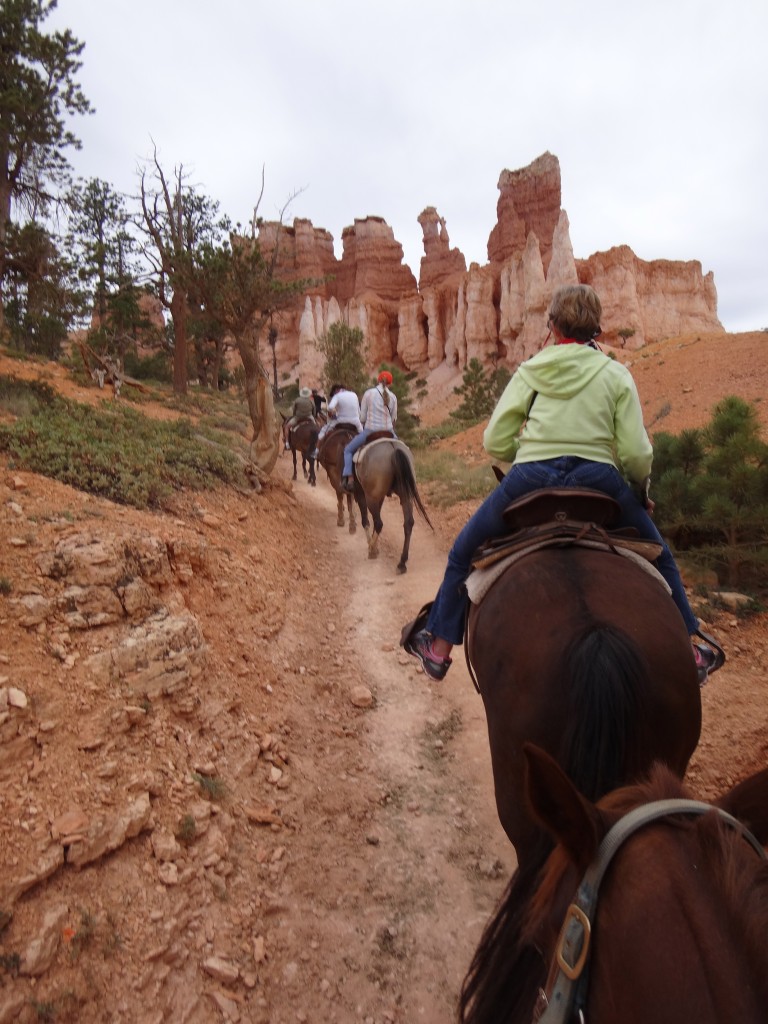 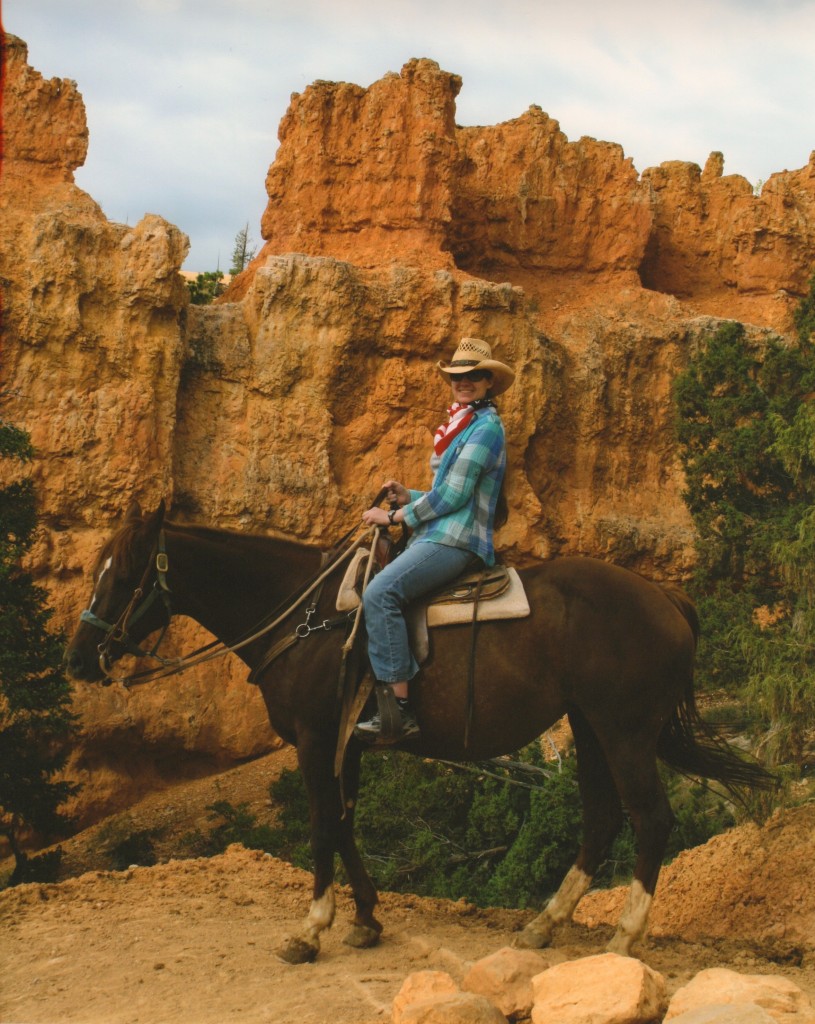 After lunch we loaded up the bus and headed into Bryce. We passed and Elk farm and a Bison farm along the way, as well as a lot of baby horses. We got dropped off at the Bryce Visitor Center while Julie and Ron went to drop our bags off at the hotel and get our room keys. We watched the orientation video (standard def on an old projector, yeesh) and the scenery was beautiful. After we were back on the bus Dad immediately e-mailed his company to tell them to follow up with the visitor center about upgrading their system.

We got to our hotel and headed out to the Rim of the amphitheater (it is incorrect to call Bryce a canyon because there is not water running through the middle of it, rather it slopes down only on one side merging with the plane below). Dad pointed out that the design of the Bryce lodge is just the way Disney would have done it. The buildings are inset about from the edge of the canyon and are on the lower part of a downward slope. You have to walk up to get to the rim. This means that you don’t get any sneak peaks of the beauty in the amphitheater until you see the whole thing suddenly drop away before you.

And Bryce is breathtaking. The rock spires (called hoodoos) caught the setting sunlight, which made them appear even redder than they really are. We walked along the rim taking in all the different angles of the hoodoos. Some looked like chess pieces, others looked like greek statues… with a little imagination the whole valley appears to be filled with fantastic creations

Eventually we strolled back towards our room. We saw a california ground squirrel (commonly miscalled a chipmunk) and they are tiny! I bet I could comfortably fit three of them in one hand. They have very long tales and are very quick.

We had dinner at the lodge and created our own surf and turf by sharing blue cornmeal dusted trout and short ribs coated in cinnamon. The cinnamon was a really great idea. I was fading very fast so we went back to the room and I conked out right away. I suppose I could try blaming the altitude for my sleepiness, but I have a feeling it’s just from doing so many wonderful things a day on this tour.