Not since the days of Napoleon has it been so clear who ruled Europe.

What a great location K Restaurant was! The appetizers before the event were also the best we’ve had, and included deviled eggs, crab hors d’ouvres, and some great cheeses. 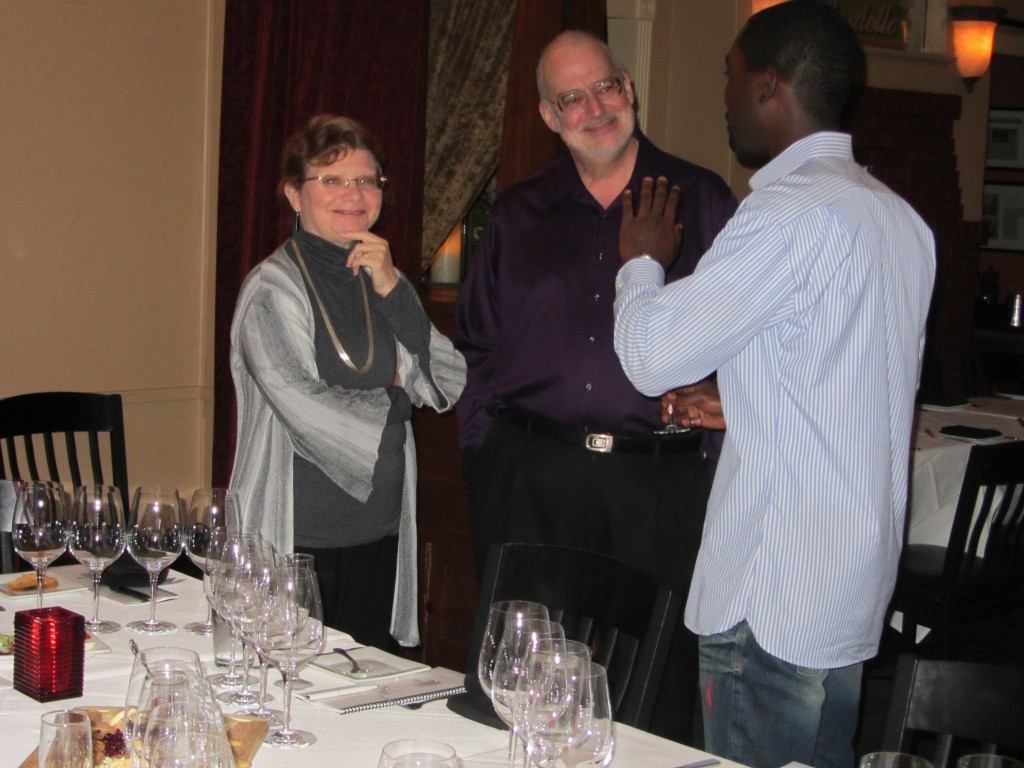 Wines were served double blind through a complex mechanism that guaranteed each flight would have one Italian and one French wine. Keith provided a wonderful tasting booklet for our notes.

The flights turned out to be:

Observations on the Blind Tasting 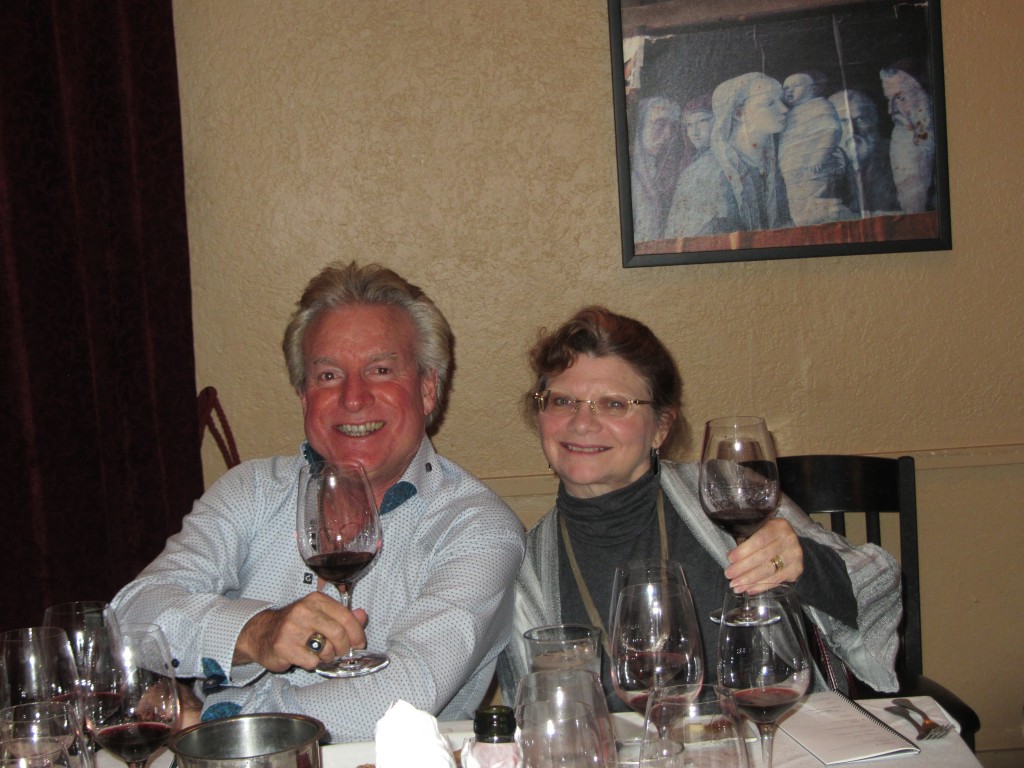 After the formal tasting, we segued into dinner, which was excellent. Shrimp on spicy grits, heirloom tomatoes, duck confit with goat cheese and a crispy crusted fish over corn were the standouts.

The wines poured during dinner were, in general, much better than the tasting wines. My notes:

An incredible match with shrimp on spicy grits, not too sweet, 94 pts

That was all the fun Linda could take, so we said our goodbyes and left the group to ponder dessert and, no doubt, more wine!