Since San Juan is a commonwealth of the US, we cleared immigration before disembarking. Last time I was in San Juan, Dani and I went into the countryside on a horseback riding excursion, so I’d never really seen the city. This time Linda and I opted for a tour of the Barcardi Rum facility, which is just around the harbor from the cruise ship docks. 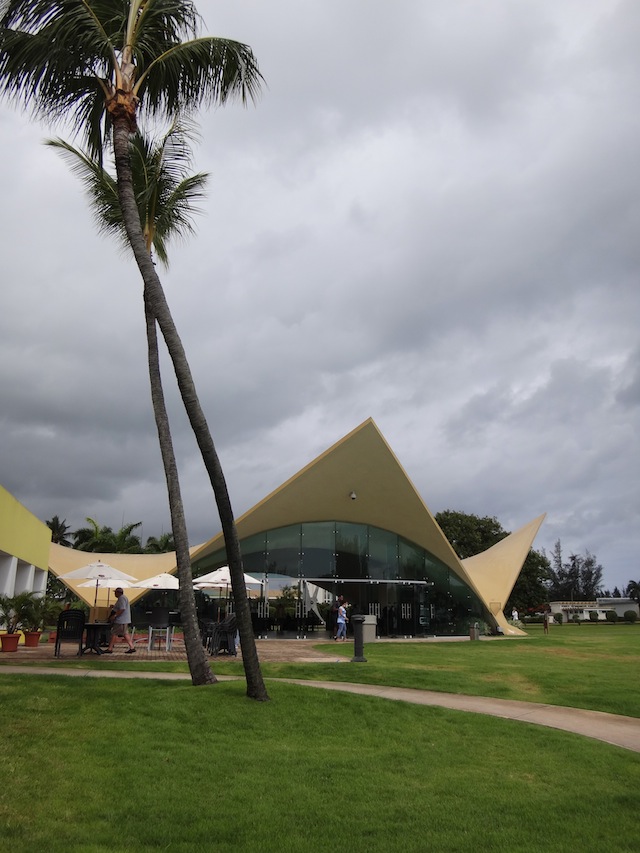 It’s a very campus-like setting. I was impressed that they generate 70% of the distillery electricity by burning the waste products. Bacardi’s original claim to fame was the invention of barrel aging rum, and charcoal filtration to make it clear. It’s still made that way, but there are many variations now, including flavors like the ones that have become so popular in the competitors’ vodkas. But I like the ones that are aged like scotch, and not filtered to strip out the oaky complexity. 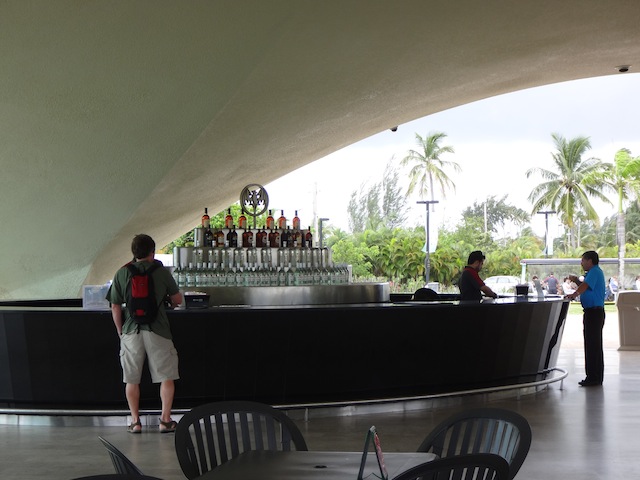 While you don’t actually tour the distillery, there is a nice visitor center, and a pavilion where you can sample the rums. (There’d nothing like a nice rum for breakfast.) The Oakheart spiced rum was my favorite. 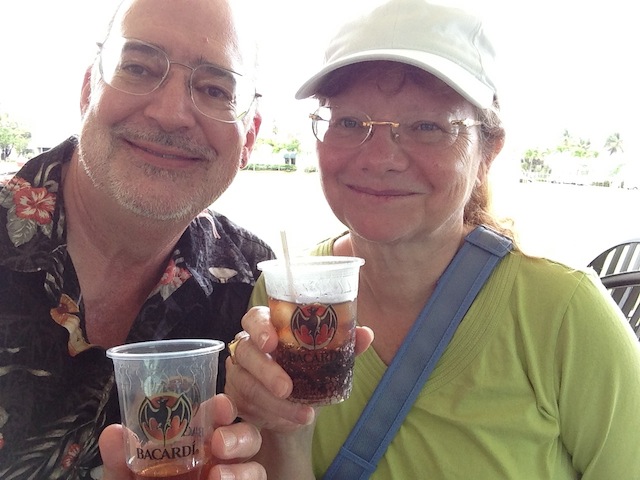 Our second stop was at the San Cristobal Fort, a National Park Service facility (which I hear uses Alcorn McBride equipment). It was very interesting to walk through the various tunnels and climb on the ramparts. The size and complexity of the place is impressive, as is the view of Old San Juan down below. At 521 years, it’s the oldest city in the Caribbean. 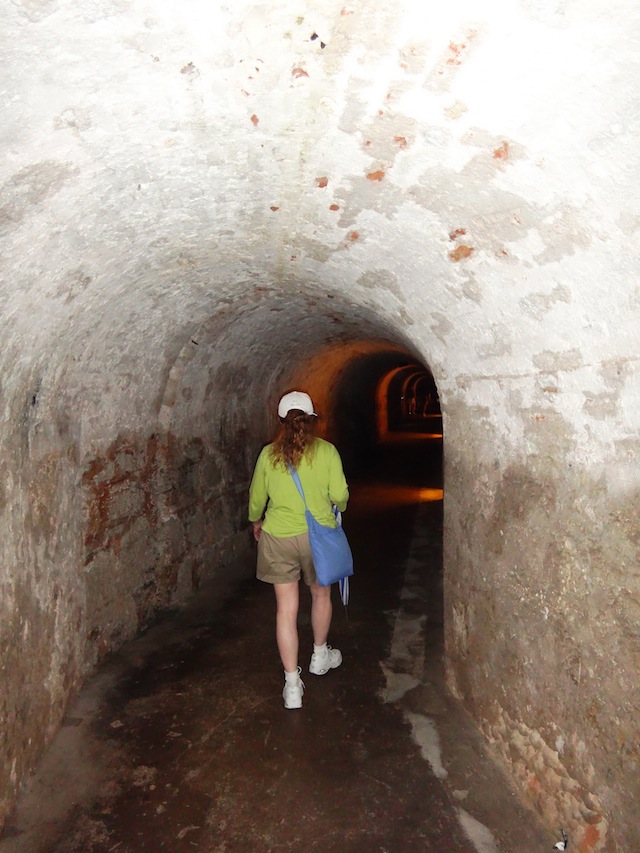 After a brief drive around the walls of the old city we were dropped off at Plaza Colon, where we could shop. Then, since our ship docked right next to the city of Old San Juan, we walked back on board.