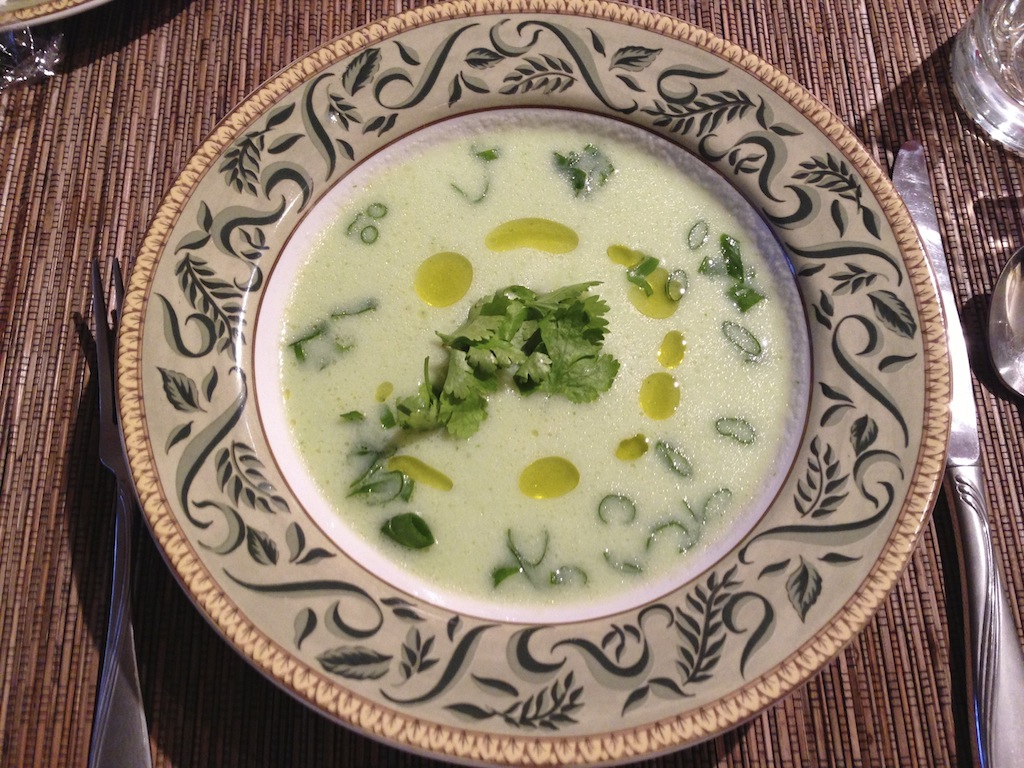 Libby posted this recipe on Facebook, and I decided to try my own version of it, substituting for buttermilk and adding cilantro. It was quite good.

In a blender, purée the cucumber, celery, shallots, olive oil, and 1 tsp. sea salt until smooth. Strain through a medium-mesh sieve into a large bowl, pressing on the solids to extract as much liquid as possible. Whisk in the sour cream and milk and season to taste with sea salt and freshly ground black pepper. Refrigerate until chilled, at least 1 hour. Serve drizzled with olive oil and garnished with chives and cilantro.