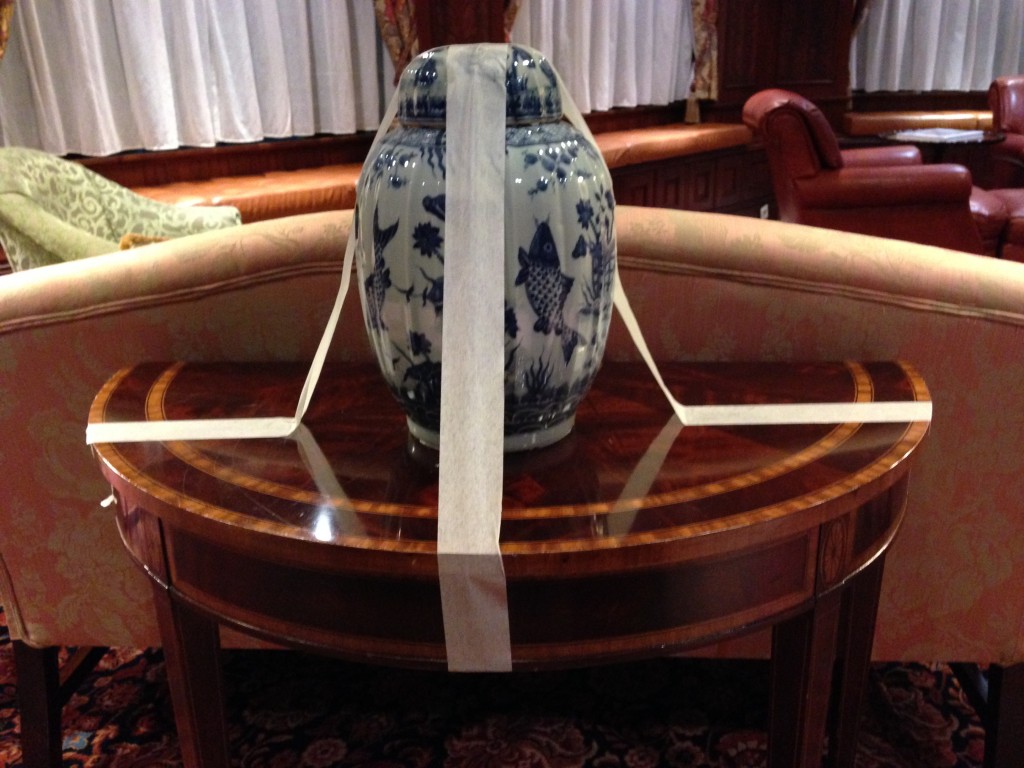 Repositioning cruises are semi-annual events for many cruise ships, as they move from their summer European itineraries to their winter Caribbean ones. Unlike most schedules, they feature a fair number of consecutive sea days, when the ship is simply trying to get from one place to another. As a result, they tend to appeal to more seasoned travelers with plenty of time, and no pressing bucket list of islands to visit.

Because they are motivated by deteriorating weather, repositioning cruises’ advertised itineraries tend to be more hopeful than actual. That was the case on our last trip, on Princess, when storms kept us out of Belfast and Reykjavik harbors, and has been the case on this trip as well.

The shortest hop between Europe and America is far North in the Atlantic (think of it as the Titanic route). It’s just three days between Ireland and Newfoundland. But a storm blocked our path, forcing a southerly detour, so we skipped Cork at the Irish end, and Newfoundland altogether, instead heading for our next port, Halifax, Nova Scotia. This detour turned three sea days into nearly a week.

We didn’t mind the detour much this time, though, because we’d been to both of the skipped ports before, and given the challenging sailing for the first few days (when we never got closer than 400 miles from the the storm’s center) we certainly wouldn’t have wanted it to be any rougher. 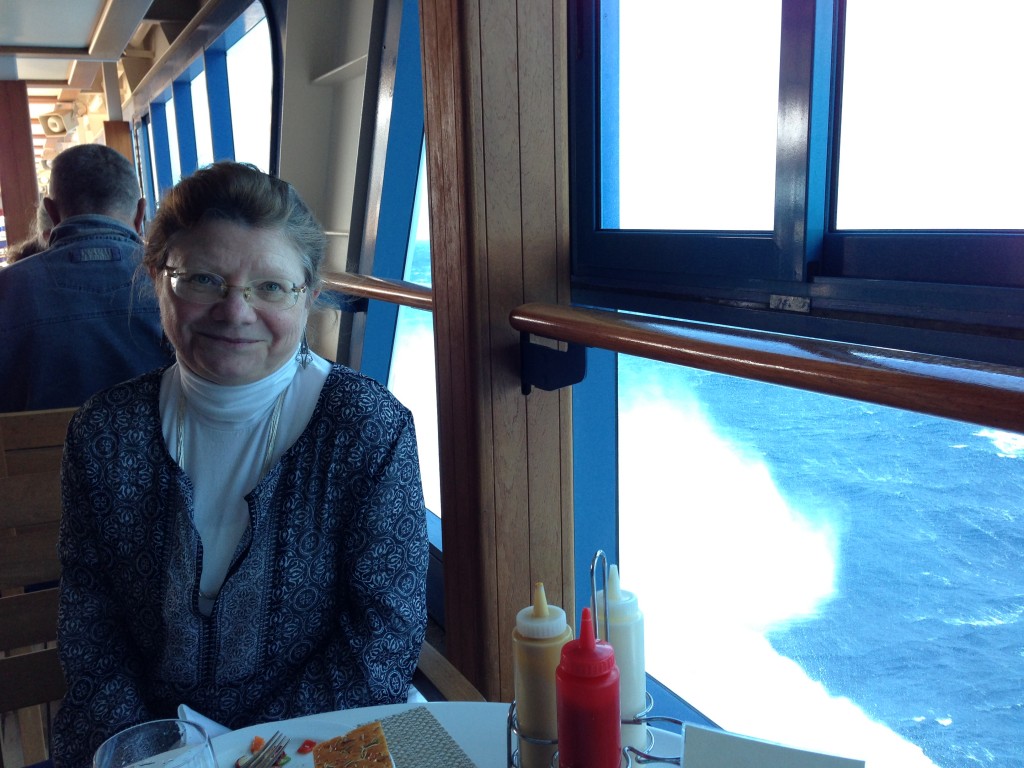 It’s a bit deceptive on a good sized ship. The Oceania Insignia is no 5000 passenger mega-liner, but with a rated capacity of something like 670 (and an actual load of 500 for this trip) she’s not a tiny ship. So it’s a bit surprising to learn that those little white caps out there are 20 feet high.

Wind is as big a factor in the sailing conditions. Our forward speed of about 20mph combined with the head wind of the storm created an effective wind speed of close to 60mph at times. Needless to say, the outer decks weren’t open.

Walking around the ship was an interesting challenge for the first three days, requiring every handhold one could find. Because this line attracts seasoned passengers, there was surprisingly little complaining, although the reception desk was kept busy handing out seasickness pills. Linda never needed them, but I confess to taking one for each of the first three days. They work great.

The mega-liners have lots of entertainment venues and things to do, but a smaller ship like this one, where the emphasis is on fine dining and a homey atmosphere, offers less variety. You need lots of reading material or other media under such conditions, and fortunately we were well-equipped.

Still, when we arrive in Halifax, it will be nice to set foot on land again, if only for a few hours.