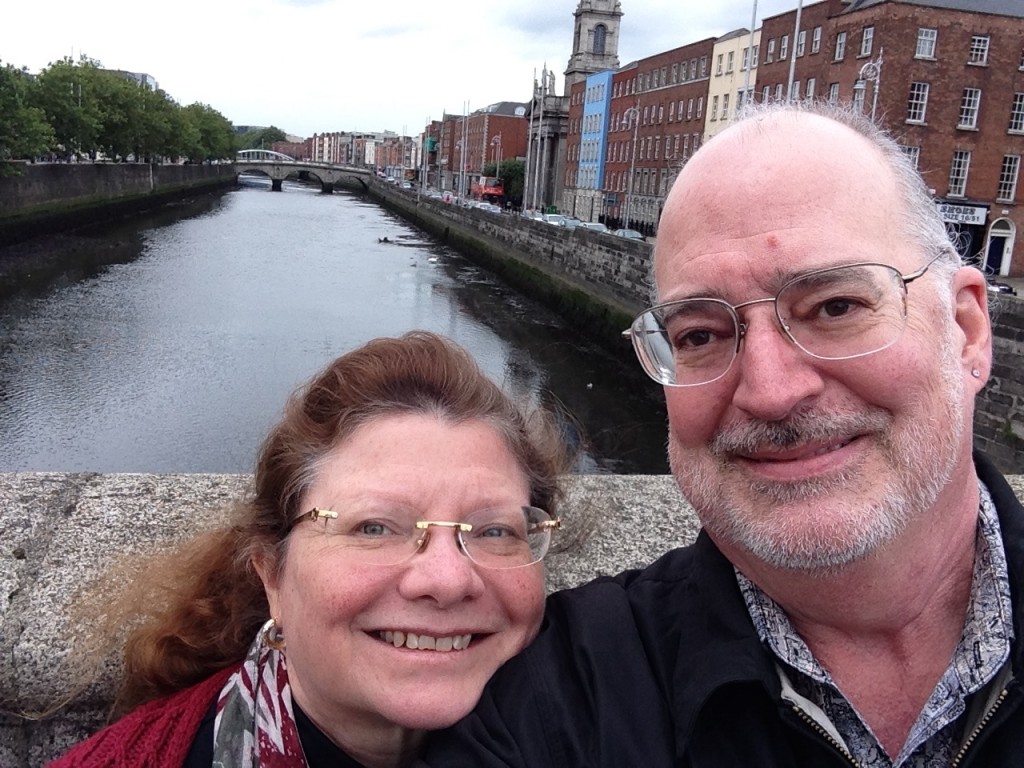 I’ve never developed much of an affinity for Dublin. It’s not that there’s anything wrong with it, it’s just that there’s nothing to draw me here. It’s a city of writers: Joyce, Wilde, Shaw, and so on. But frankly they’re writers I don’t read, and certainly don’t reread.

It’s a city of pubs, but those aren’t high on my list of places to eat or drink. And it’s a city of tourist shops—well, you get the idea.

It’s also where about a third of the country’s population lives, a million and a half of them. But it lacks the natural beauty of the rest of the Green Isle.

So we tried something different this time, a Jameson distillery tour (the actual distillery isn’t really here anymore, it’s in Cork).

We began with a tour of the city. Our guide was rather boring, and had gone to the William Shatner School of Bizarre Dramatic… Pauses. 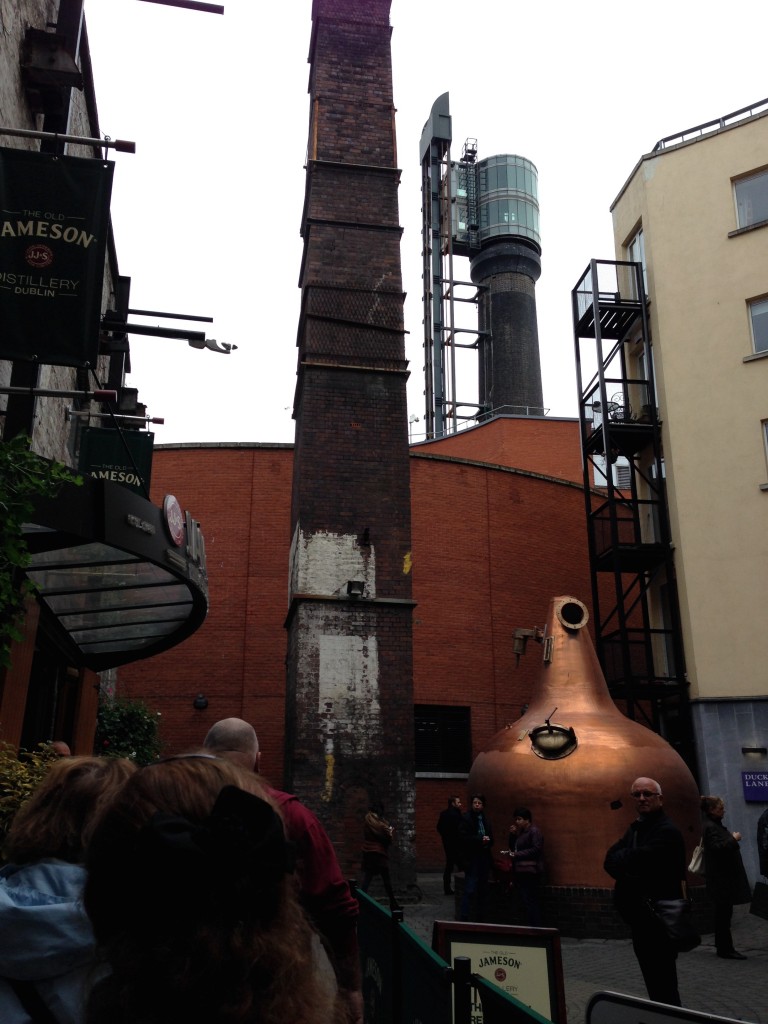 Once we reached the Jameson “Distillery” which is really a visitor center we had a short tour and then I was lucky and got chosen to be one of the people to taste comparative samples of Jameson, Scotch and Jack Daniels, which was interesting. The Jameson is much smoother, the scotch is peaty/smokey and a bit harsh, and the Jack very perfumey and rough. But regular Jameson is also pretty rough after having only had the 12 and 18 before.

We had much too long a time there, so Linda and I went for a walk to the river, but since it was Sunday, that part of town was closed up. We did see some good street art: 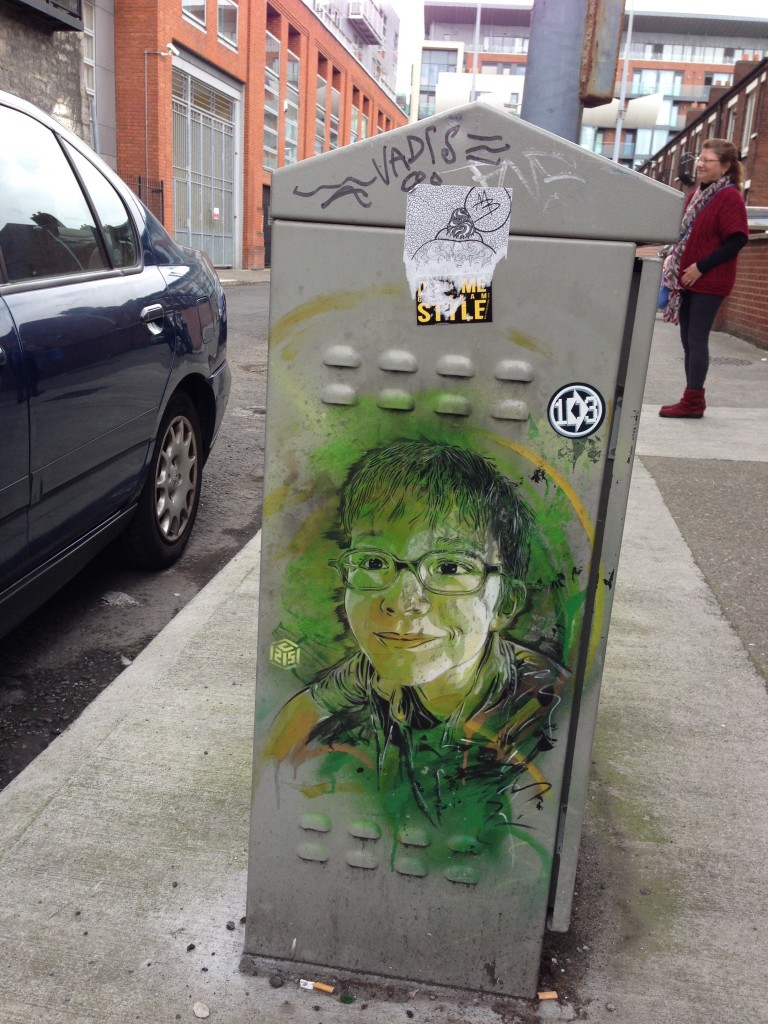 After another ride around town we were dropped off back at the ship.

The last time we were in Dublin there was bad weather so we stayed in port overnight and skipped the next port, which was Belfast. It must be something about Dublin, as tomorrow we’re skipping Cork, due to predicted gale force winds. At least we saw Belfast this time. And the weather has been really nice so far. I guess there are 25 foot waves forecast tonight, so I’m just as glad to be in port.

So next stop is Newfoundland, in four days.