Titanic Belfast is a visitor center opened in 2012 adjacent to the Belfast docks where Titanic was constructed. It is, without doubt, the best visitor center I’ve been to.

Our day began with a short tour of downtown Belfast, a small city that is enjoying an economic renaissance since peace came in 1998. We soon arrived at the dry dock where Titanic was outfitted after the hull was completed in the nearby gantry. 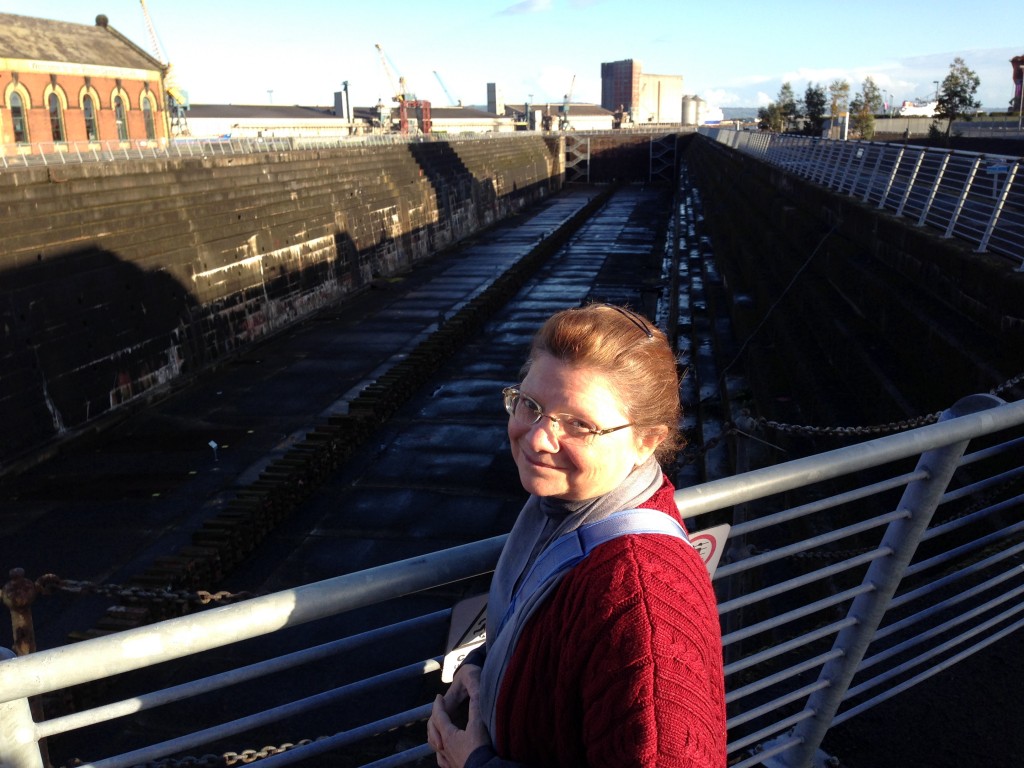 After a bit of history we descended into the dry dock where we could inspect the rusted gate that was moved to seal up the dock. 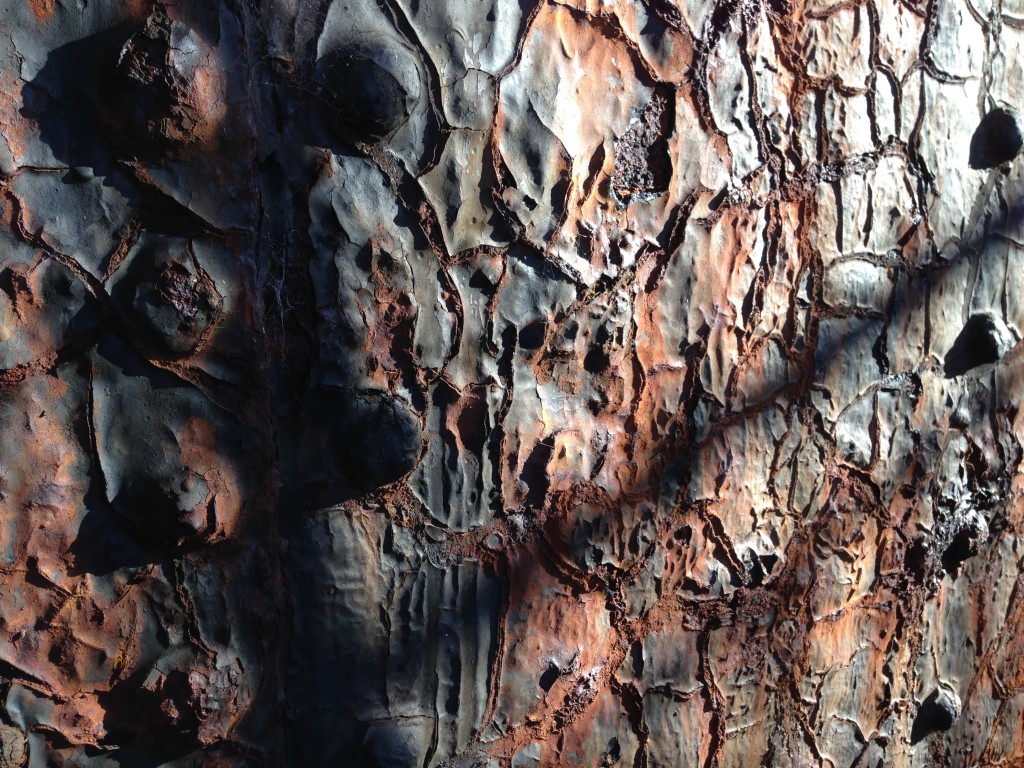 Along the bottom of the dock are stacks of the supports used to brace the ship. To give you an idea of the scale, each little support weighs more than a ton. 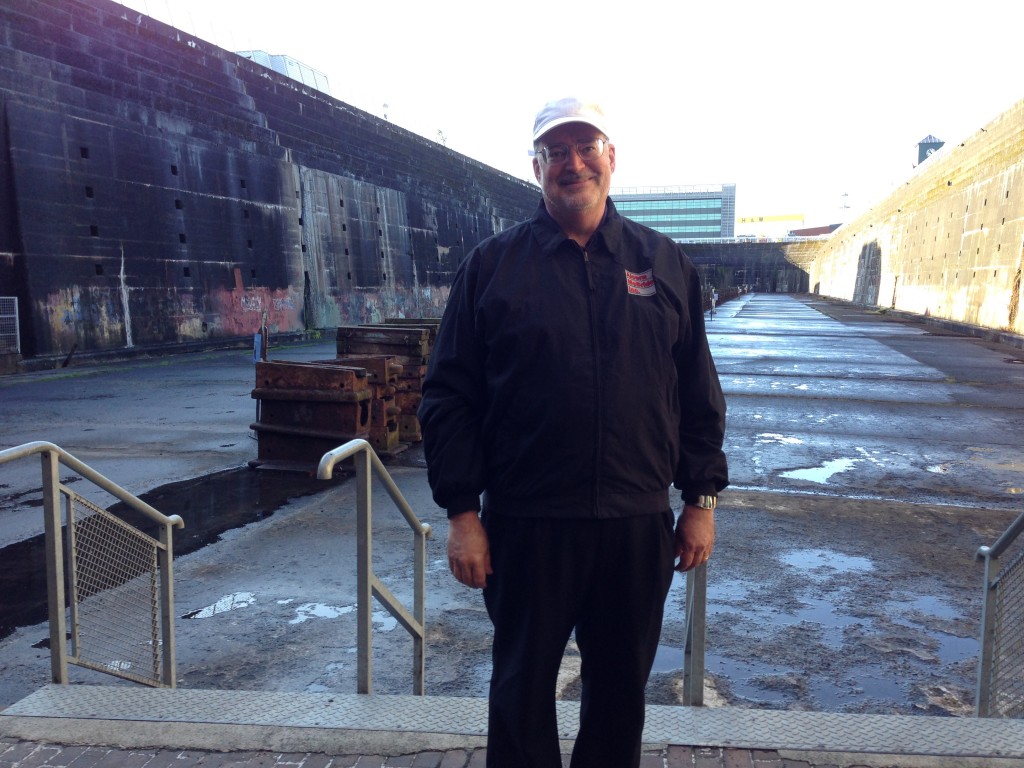 After a stop for coffee we arrived at the nearby Titanic Belfast, an absolutely breathtaking building with five floors of exhibits. 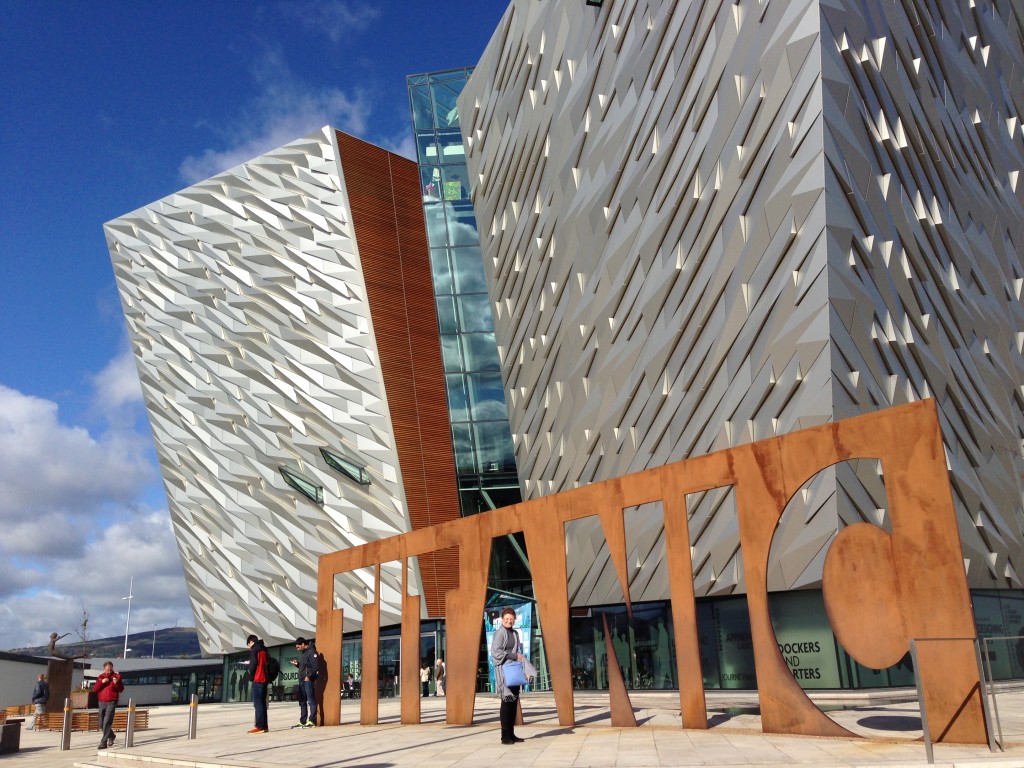 You begin by traveling from the ground floor up to the first floor, where a gallery details what Belfast was like during the years leading up to the time of Titanic. Unlike other Irish cities, it was quite industrial, with half a million linen looms in the city, and a major boat building business.

Throughout the facility we found excellent displays, interactives and use of projections. Nearly every other museum I’ve been to should visit here to see how to properly design displays to engage and inform.

I particularly loved the floor projections of drawings and other information in this first area. Sourced from four overhead projectors, they were constantly changing, easy to read, and amazingly resistant to shadows as we walked over them. 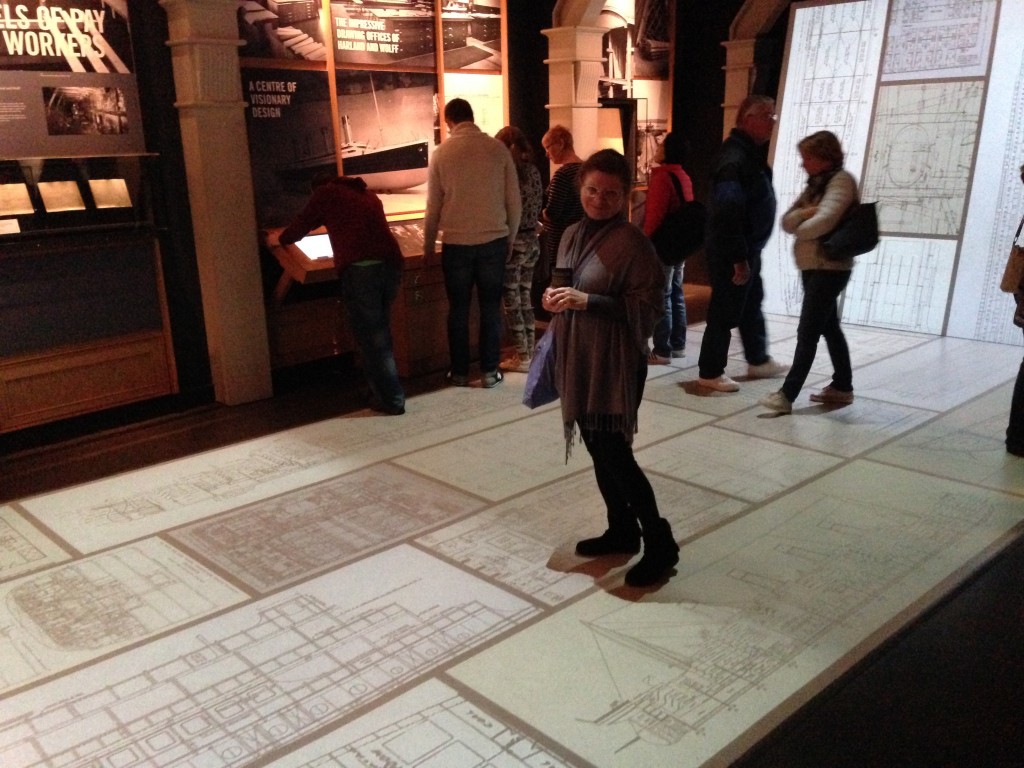 This brought us to the base of a re-creation (at 1/3 scale) of the Arrol Gantry used to construct the Titanic’s hull. We ascended in a lift to the fourth floor and boarded a dark ride that took us on a tour of the shipyard, through sets and projections. The ride vehicles were smaller versions of the King Kong ride from Universal Studios Florida in the 90’s. Each six passenger vehicle was suspended from a scissor lift, permitting two stories of vertical travel. Ride audio was excellent. 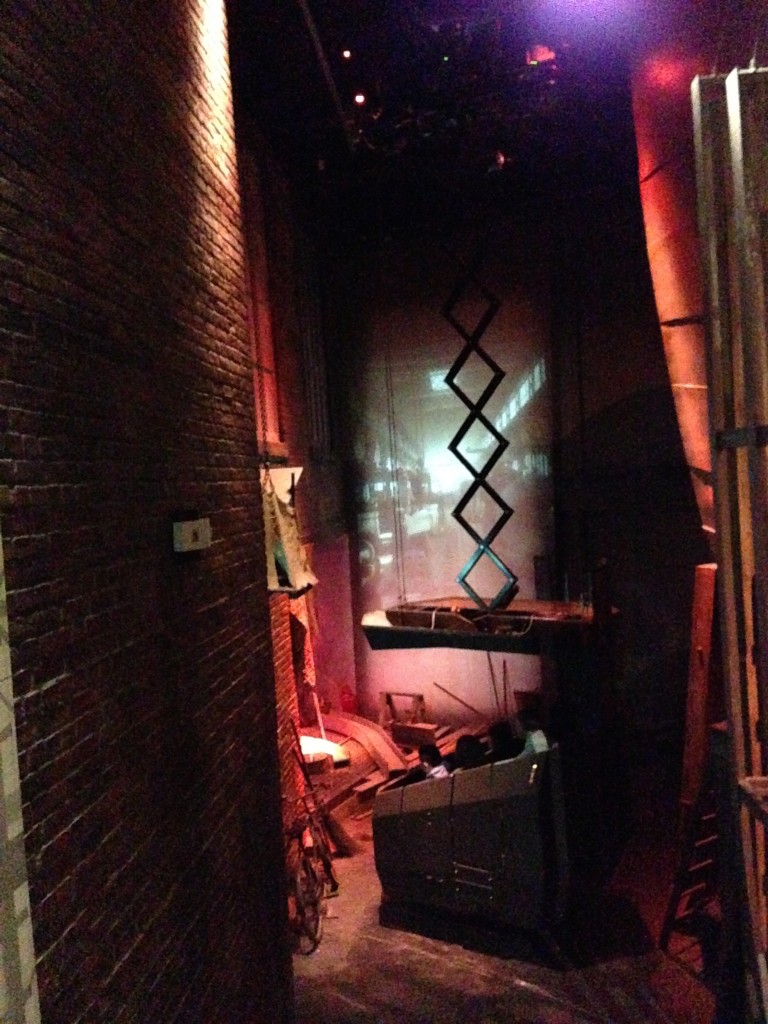 After the ride we stopped at a large window that looks out onto where the gantry stood. The window changes from opaque to transparent, in sync with a film of the launch. This shot captures it in transition, with the titanic in the gantry visible as a rendering over the view of the port: 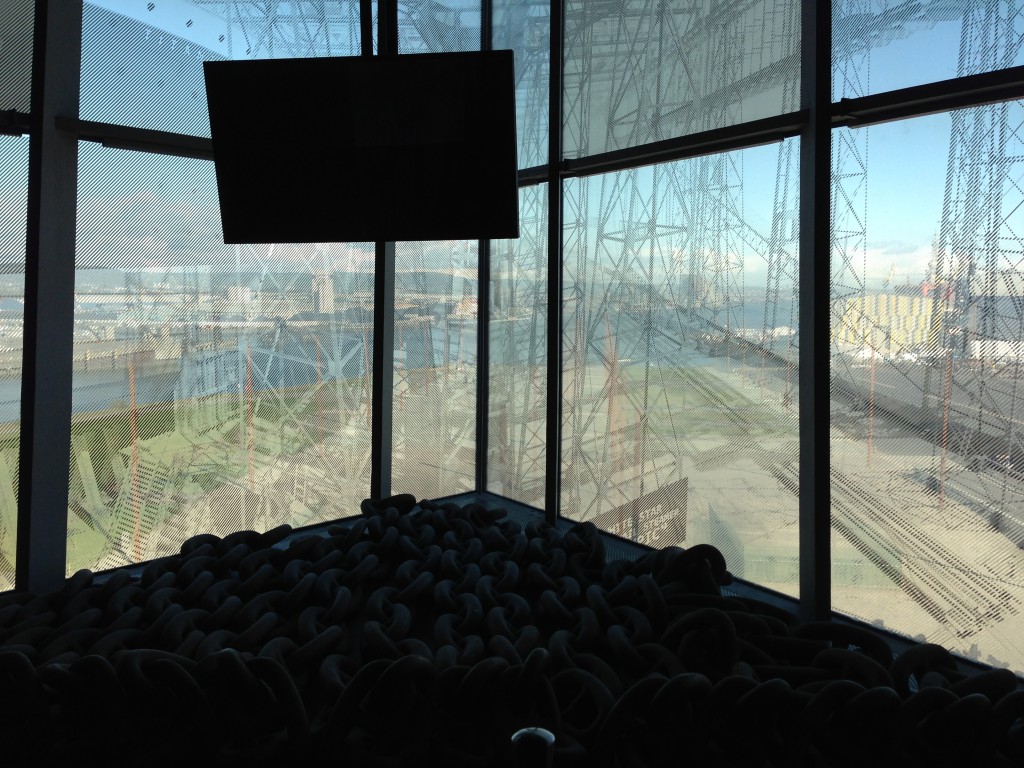 Other displays contained whole staterooms, including first, second and third class accommodations. A particularly effect 180 degree theater provided a tour of the ship, moving upward from engine room to bridge on three walls surrounding the audience:

The displays on this floor concluded with the sinking, and on the third floor a two story high theater described the aftermath, including discovery and exploration.  In a unique bit of design, the lowest floor of this theater was glass, and below it you could watch high resolution images as cameras moved over the wreck.

With limited time we couldn’t explore further, but the museum certainly deserves at least a half day, perhaps more. It is a truly great facility.