Every year Ron hosts a dock party at Hillstone’s. It’s a great venue if the weather cooperates. Last year we froze our tushes off, but this year it was perfect: mid 80s with a constant breeze off the lake. 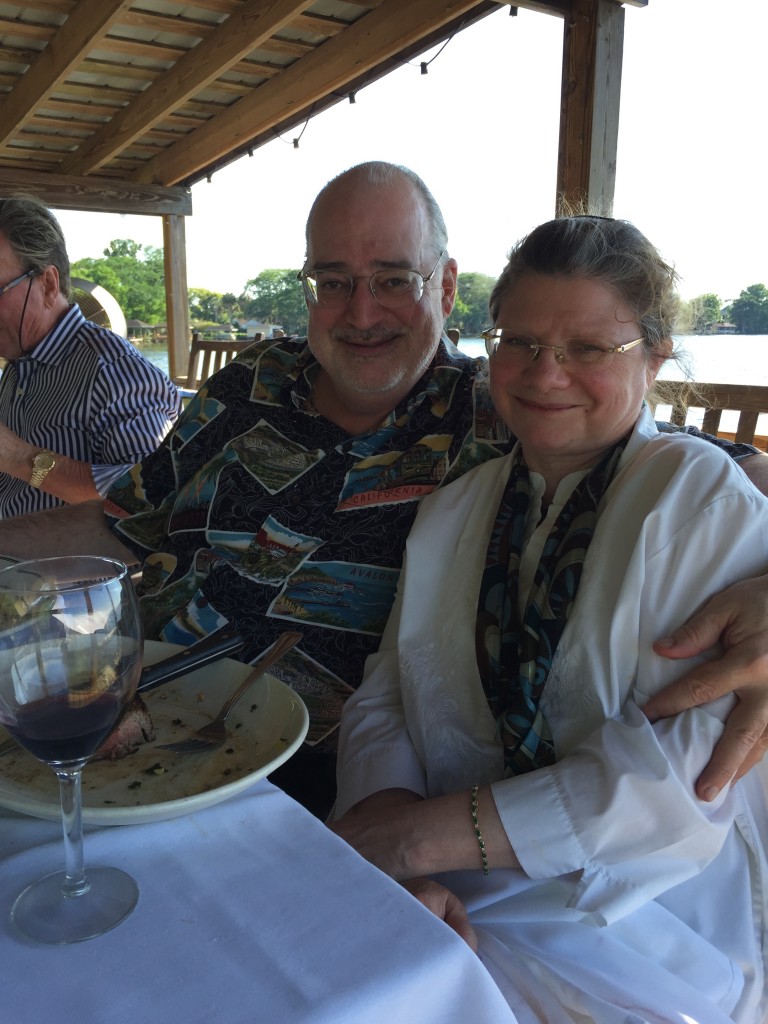 Hillstone’s has gone to a bizarre policy of only serving appetizers on the dock, even to private parties, even though they are serving the full menu to people 50 feet away from the dock. Fortunately the manager who came up with this asinine idea was fired yesterday, so maybe next year’s event will be a bit more flexible.

As always, the smoked salmon was a highlight. I’d never had the grilled artichoke before, which was also good. And at the end of the evening we talked them out of some steaks. I loved the Hawaiian Rib Eye. The accompanying Kale salad was the best I’ve had anywhere, with a subtle vinaigrette mixed in, and a few bits of peanut.

Everyone brought some great wines. My wine of the night was Ron’s 1959 Clos Vougeot, as evidenced by the number and breadth of my notes.

Most of the wines were served blind, and Ron identified my 1993 CDP right down to the producer. Impressive! 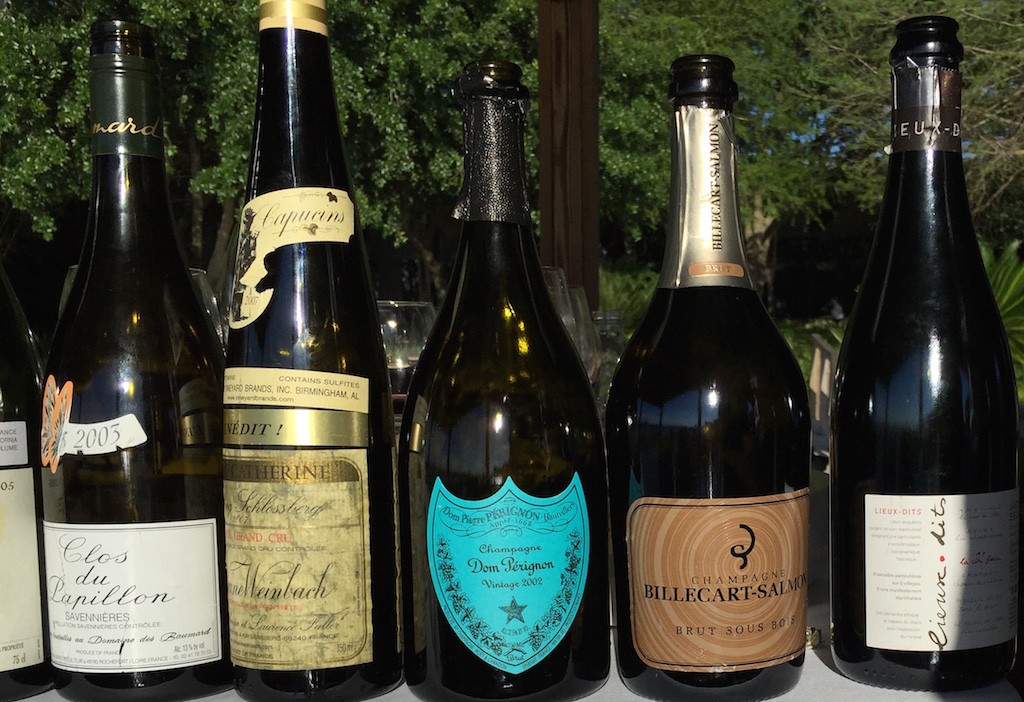 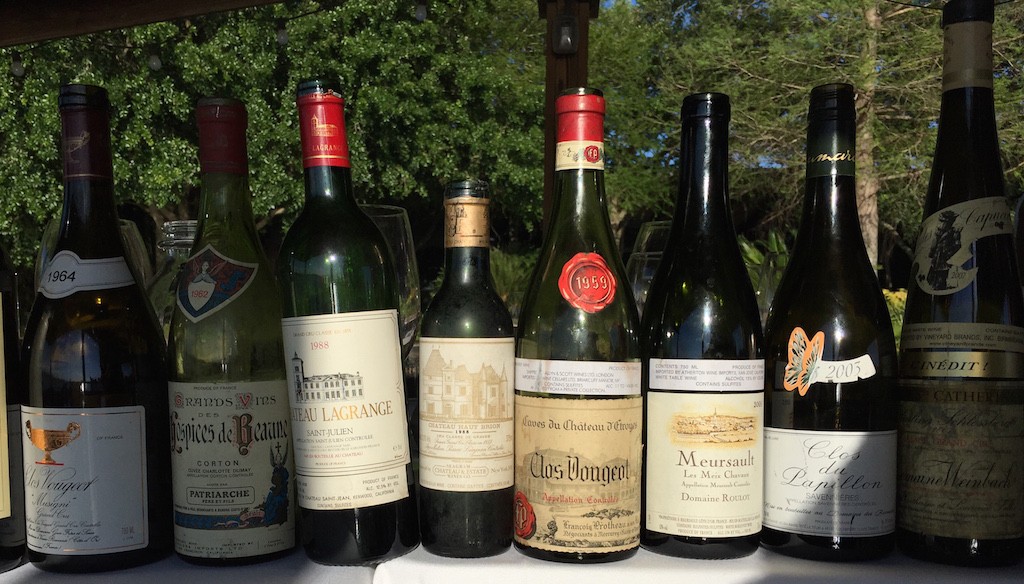 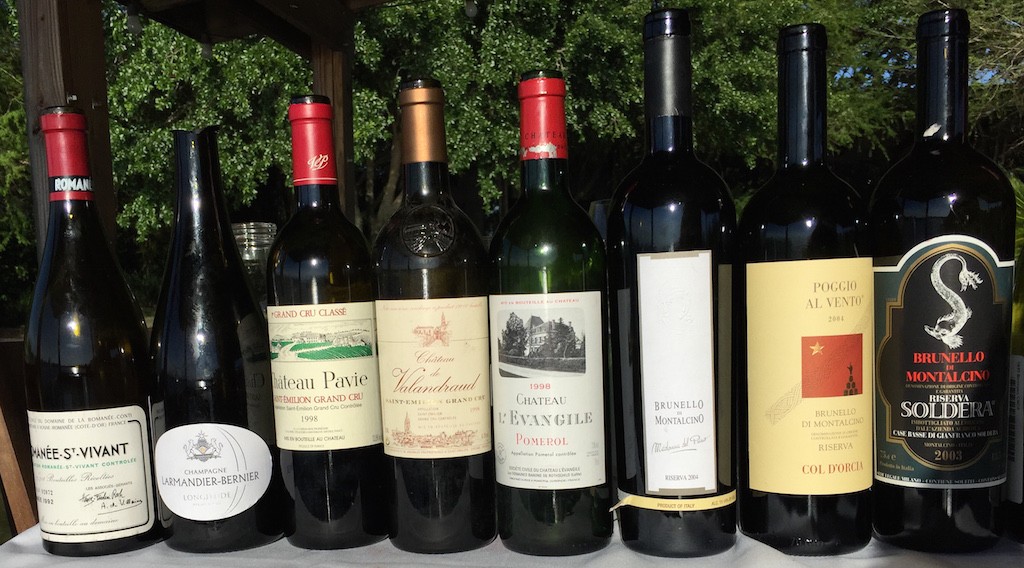