We took advantage of cool weather and beautiful blue skies to drive 60 miles west of Chicago to All Season Apple Orchard in Woodstock, Illinois. From Late August until early November they have a corn maze, apple orchard, and many other attractions.

We were fairly early, and I expected to be almost alone, but there were already hundreds of cars in the parking area, and a long line to buy tickets. I guess everyone else thought is was a great day to pick apples, too. Once inside, it wasn’t particularly crowded, as the place is huge, and it was mostly families with small children playing on the bounce houses and in the corn pit.

We began by watching the pig races, which were pretty funny. 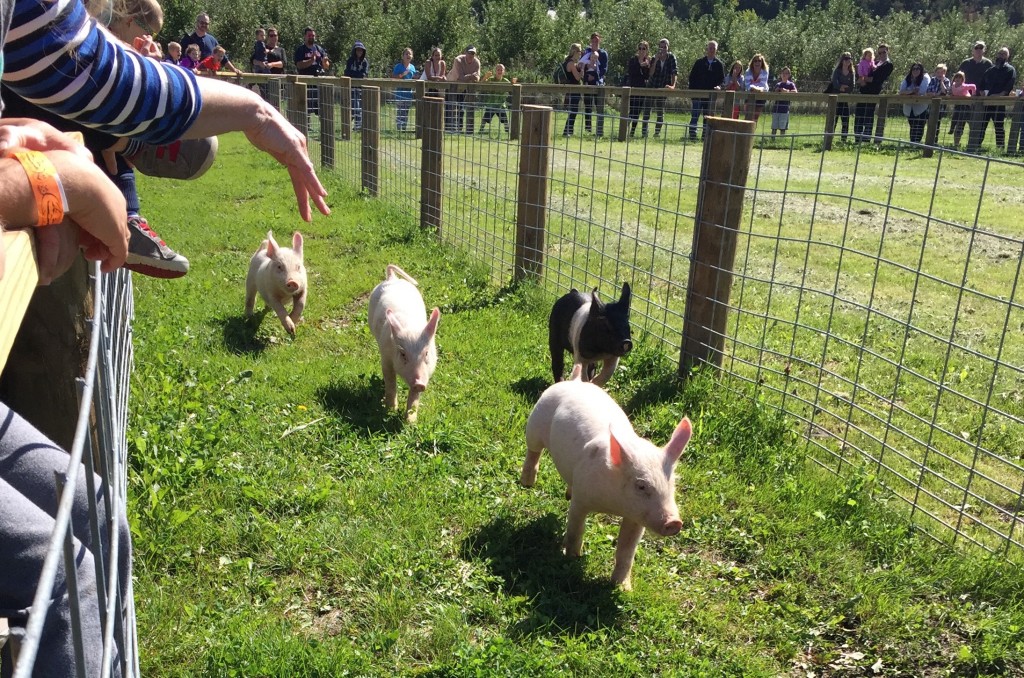 Then we ventured into the maze. Dani complained that I was looking at the map, but I pointed out that she was taking the well-trod paths, which seemed much the same thing. There was a fun “Clue” type mystery to solve by finding clues in the maze and punching your card. 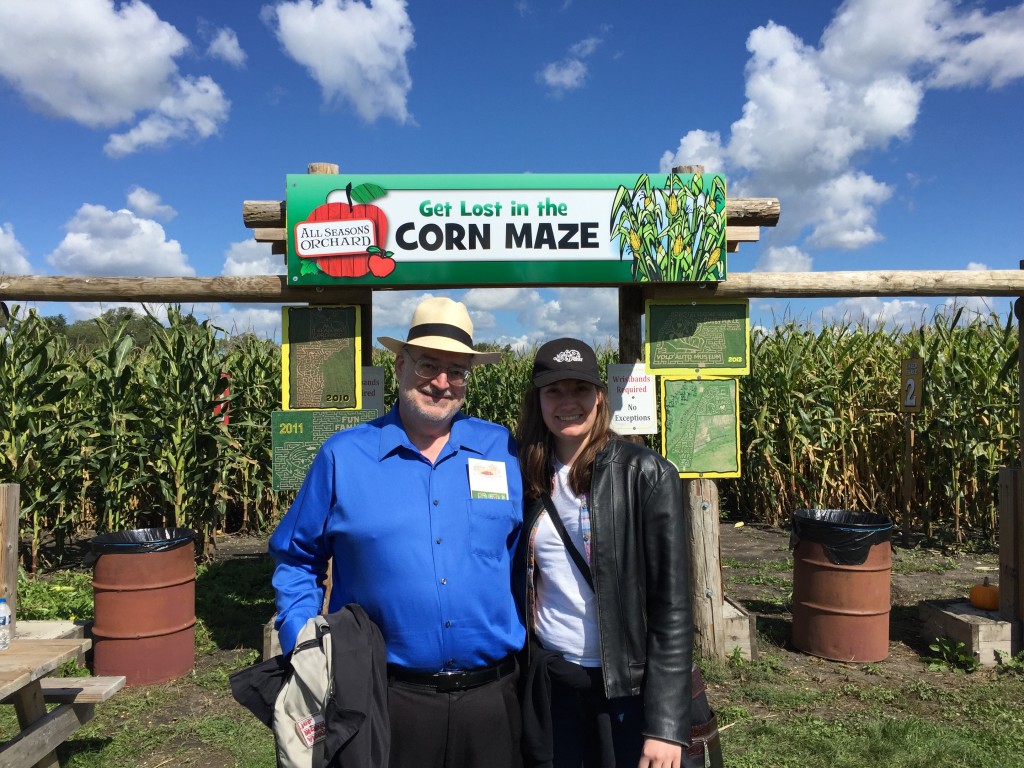 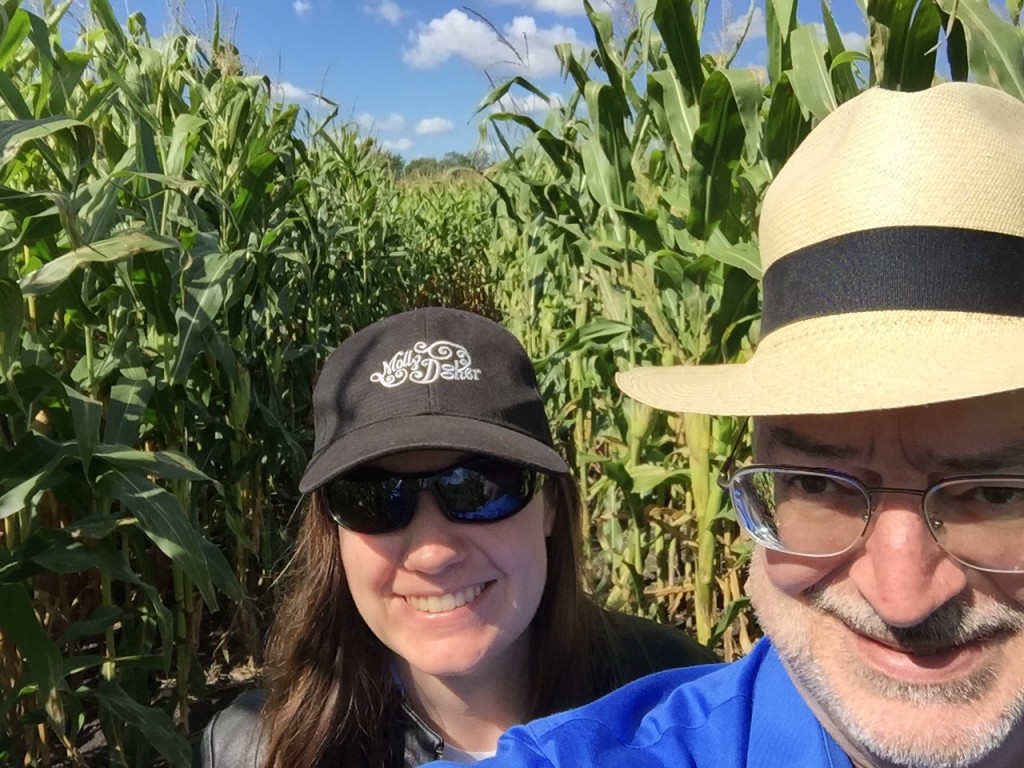 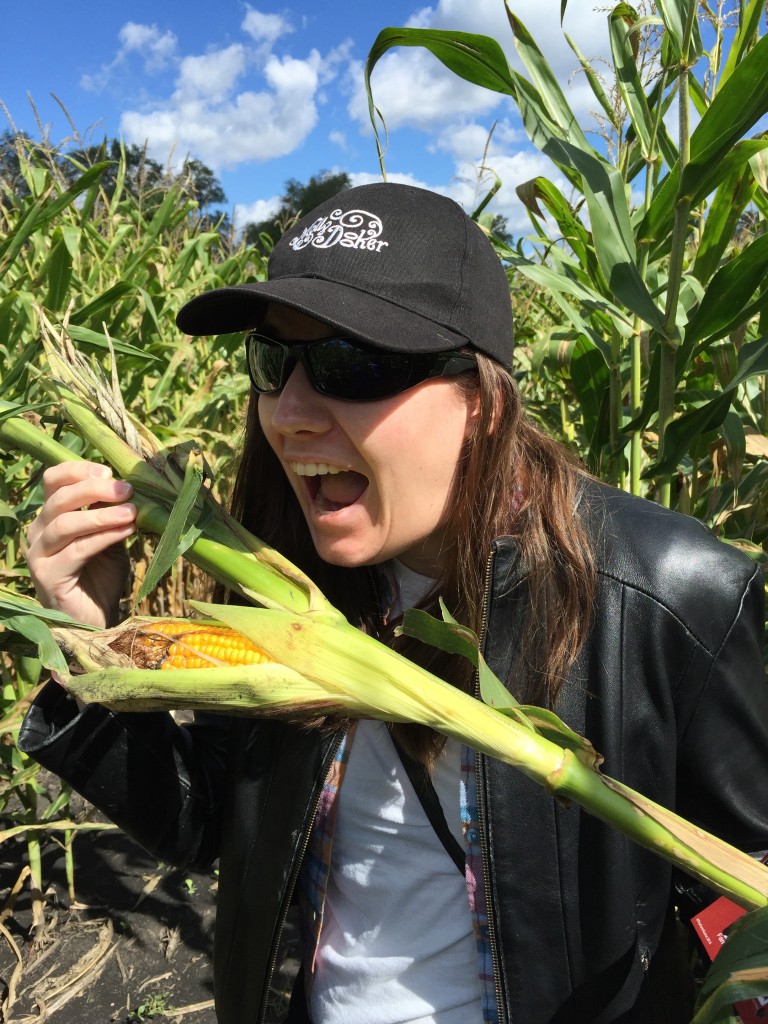 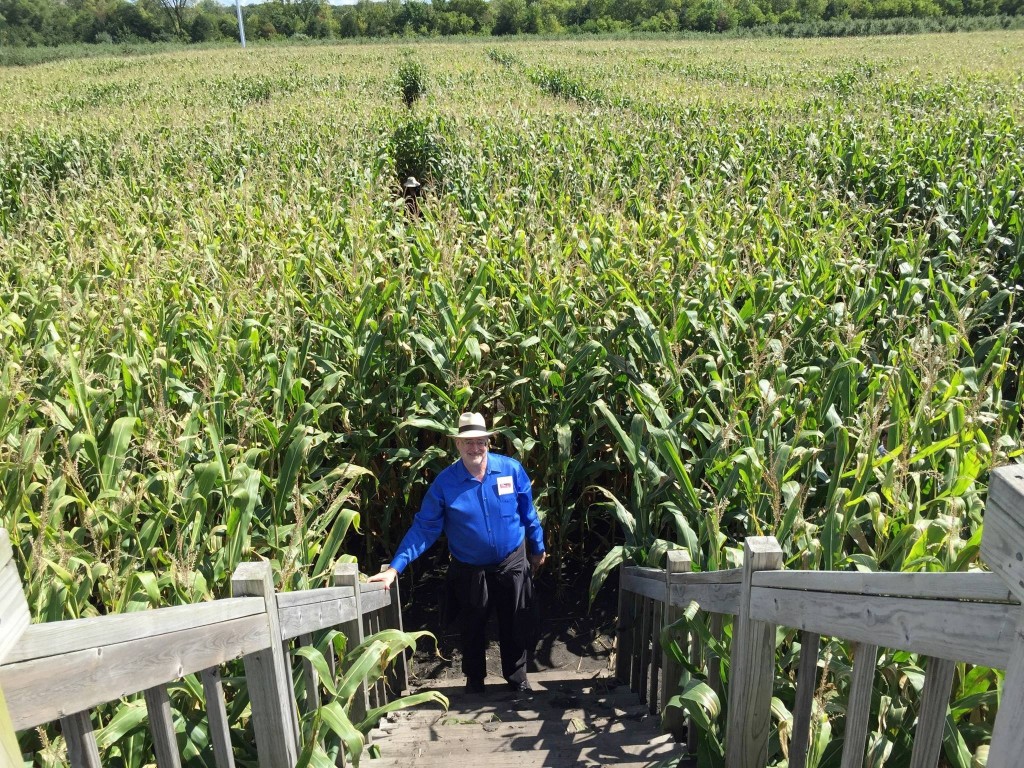 Once we found our way back out of the maze we had a quick bite to eat (while dodging the bees who really liked our cider). Then we took the wagon ride to the orchard to pick apples. 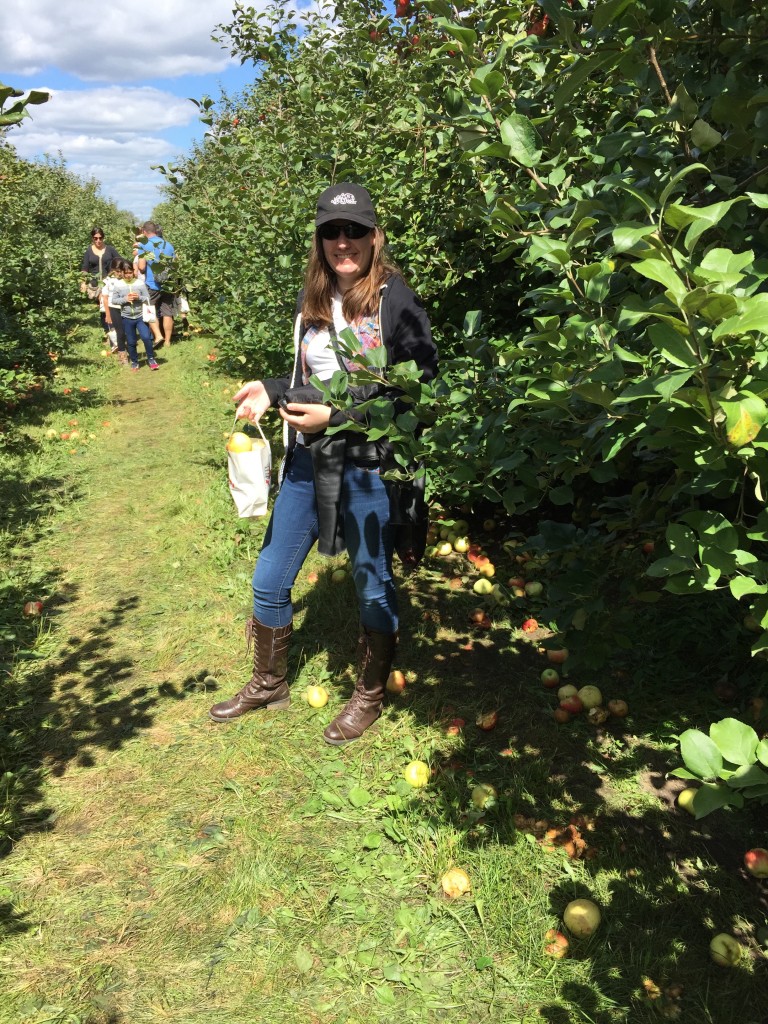 We paid extra to pick Honey Crisp apples, and boy are they sweet and crisp, especially right off the tree! 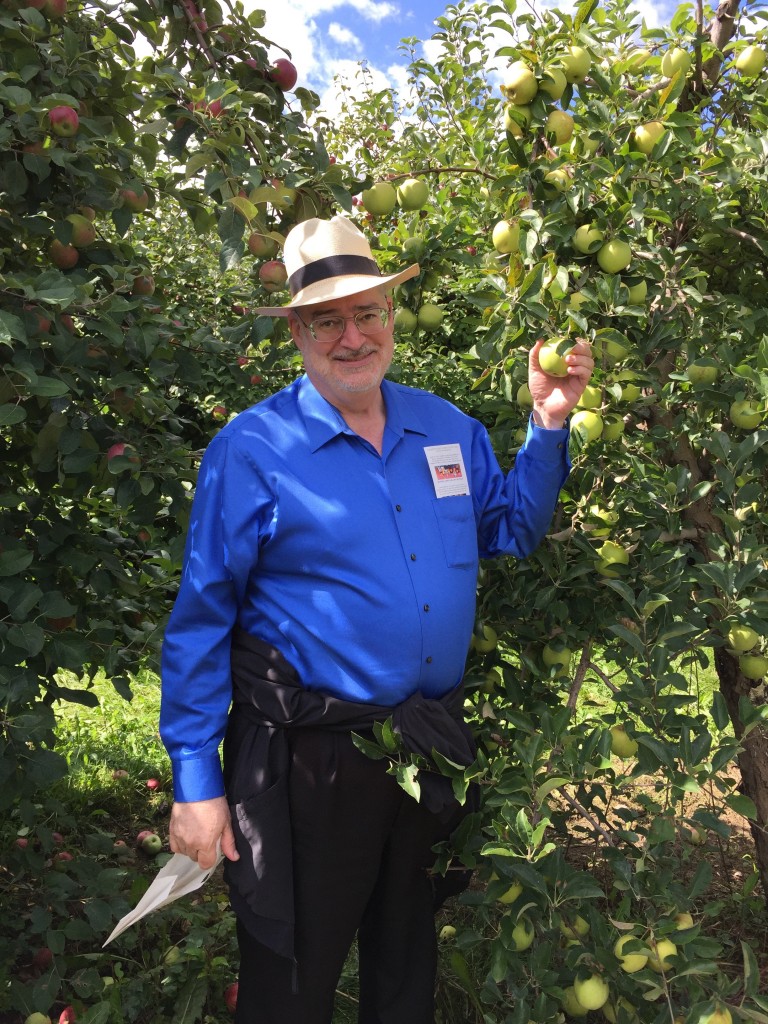 I had never been in a corn maze or picked fruit before, and both were really fun activities.