Alinea is widely regarded as the top restaurant in the United States, but when we visited five years ago we weren’t impressed. The service seemed stiff, and there were too many directions involved in how to eat each course.

But it had been a few years, and since then we’ve enjoyed many meals at their related restaurant, Next, which changes its entire concept three times a year.

Both restaurants use an advance ticketing system, and it takes quite a bit of planning to book a table. In addition, Alinea won’t accept a booking for odd numbered parties, so we waited until Dani was out of town.

This visit immediately felt different than last time, as the waiters were much more friendly. Linda and I shared a reserve wine pairing, and that was plenty for both of us, because the wines were more eclectic than actually great, although there was an impressive 2005 Chateau Palmer near the end.

I was surprised how many of the courses were the same as five years ago, but there were also many new ones. I don’t think anything was as good as some of the things we’ve gotten at Next, but there were some fun items. 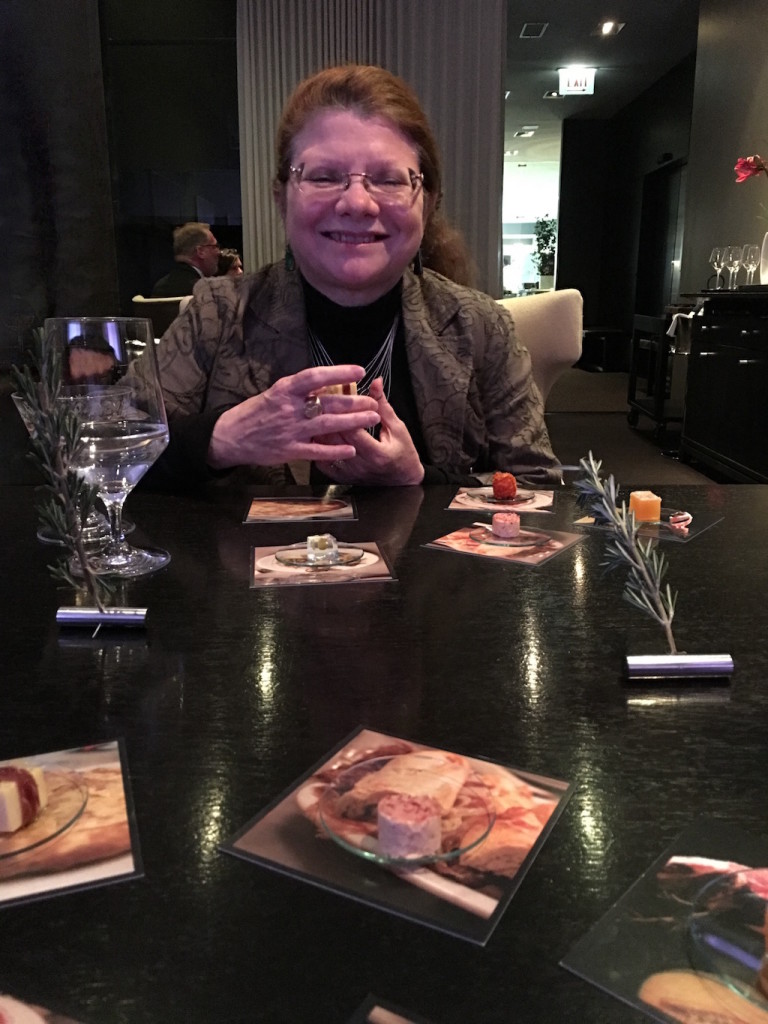 These pieces of paper picture different food items, and the small tastes on top of them are designed to taste like the pictured item, even though they appear completely different. 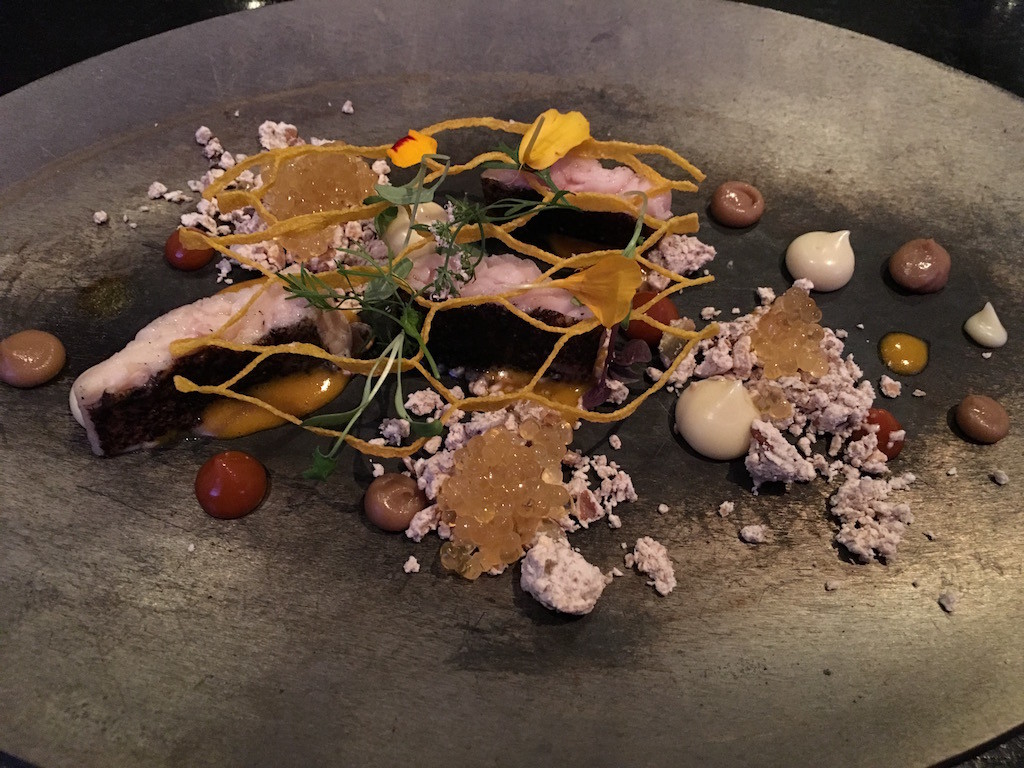 Pretty but not remarkable. 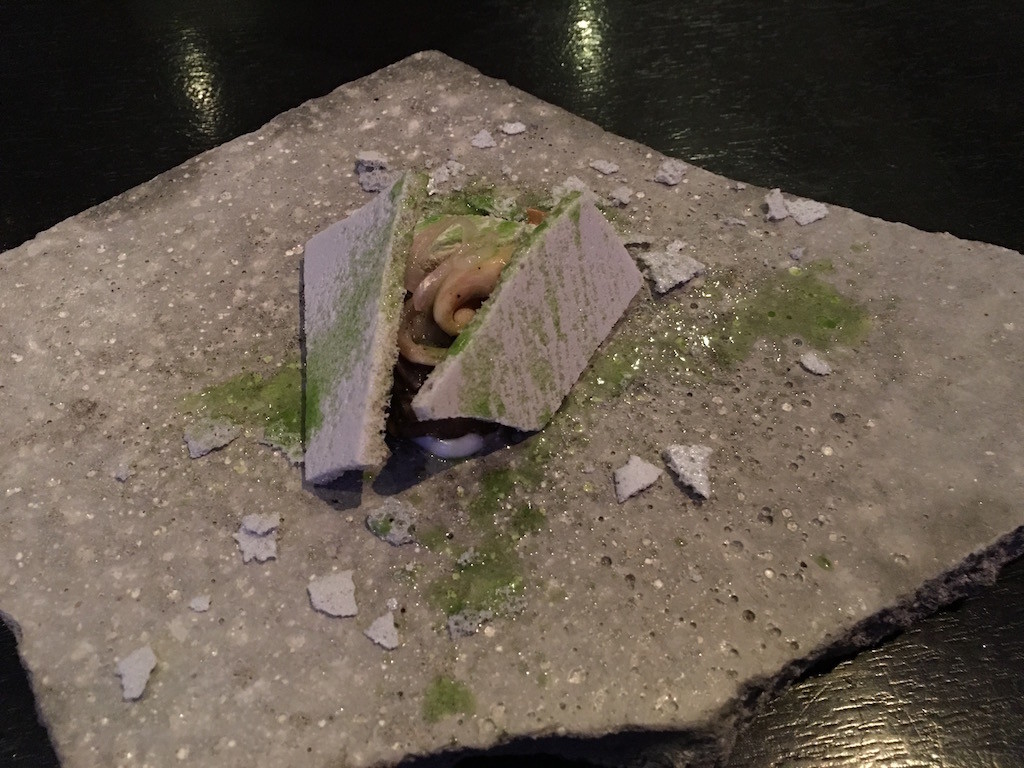 This is an actual slab of concrete, but the concrete-like pieces on top are food. 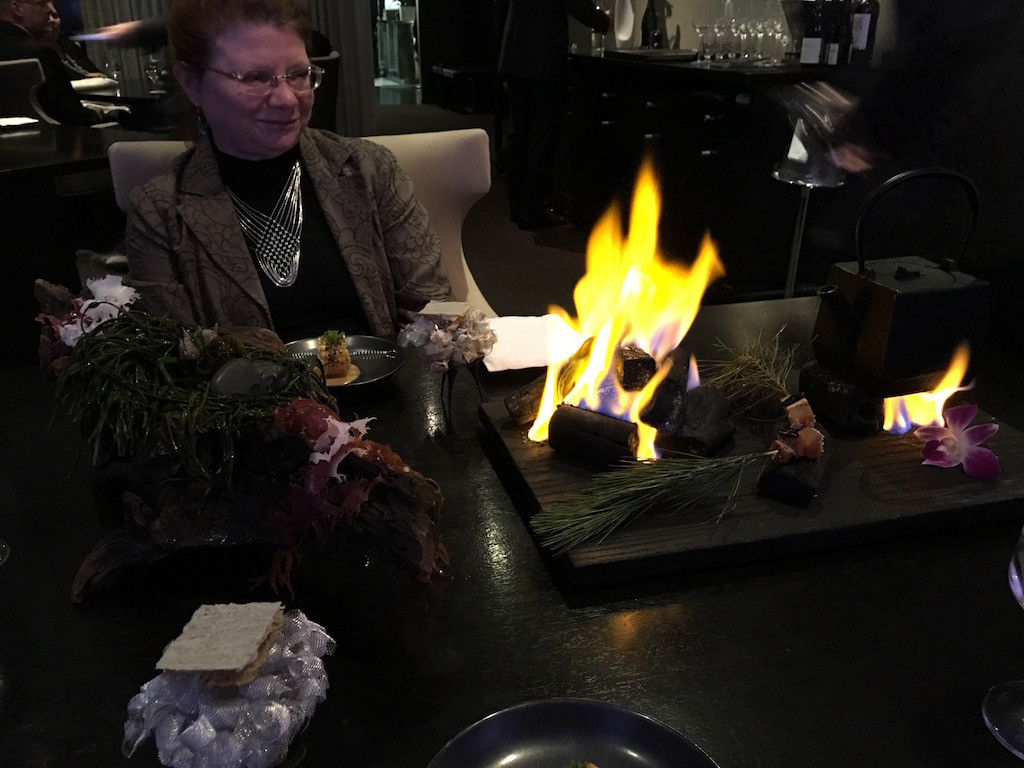 This was several courses. The best and most interesting thing of the night was a shellfish I was unfamiliar with called Percebes. There were two on the piece of driftwood, and they were consumed by simply biting off the tiny bit that extended from the shell. All the rest of that is just decorative. 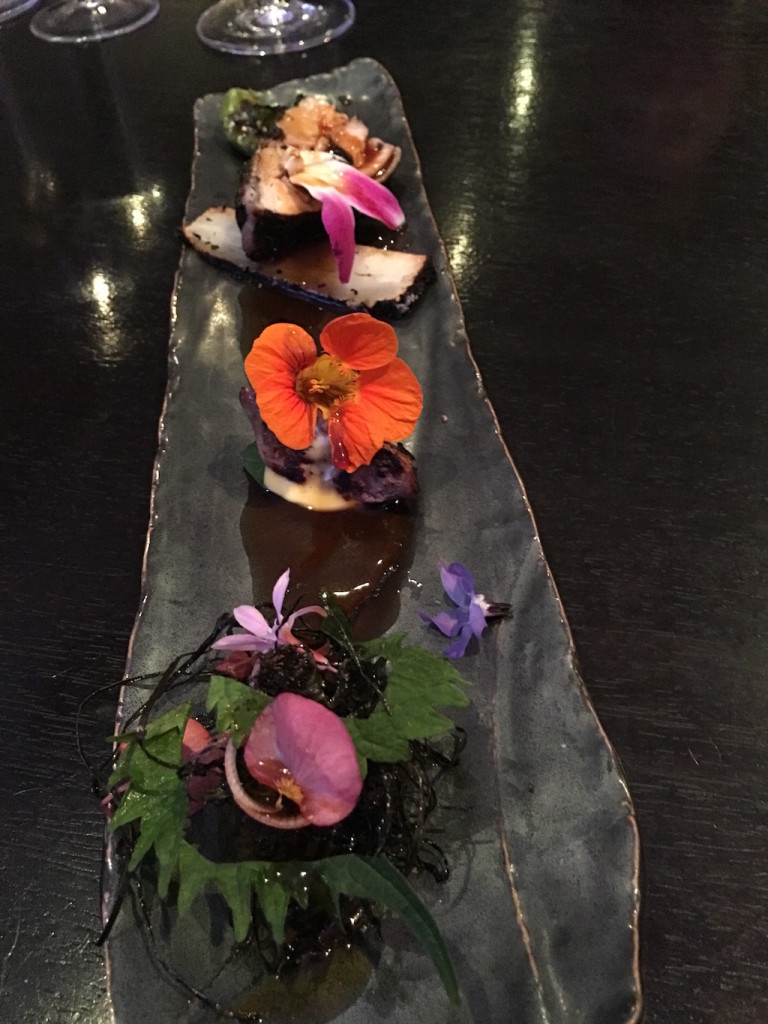 Another beautiful presentation, all edible. 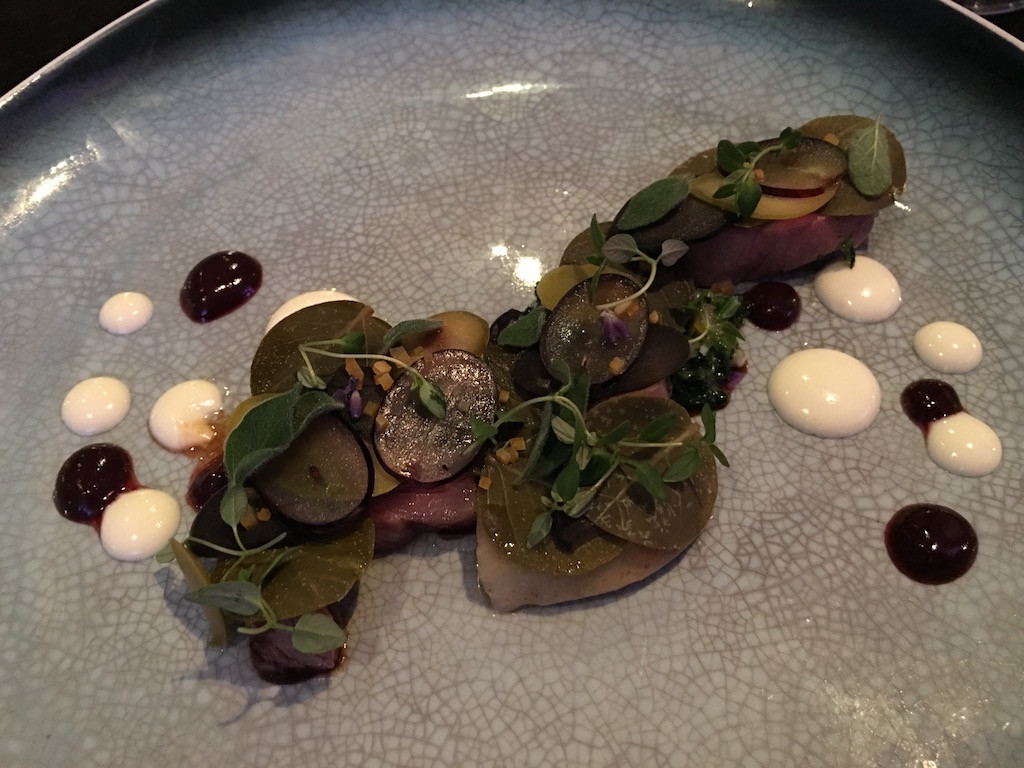 There were some interesting flavors here, but again it’s mostly about appearance. 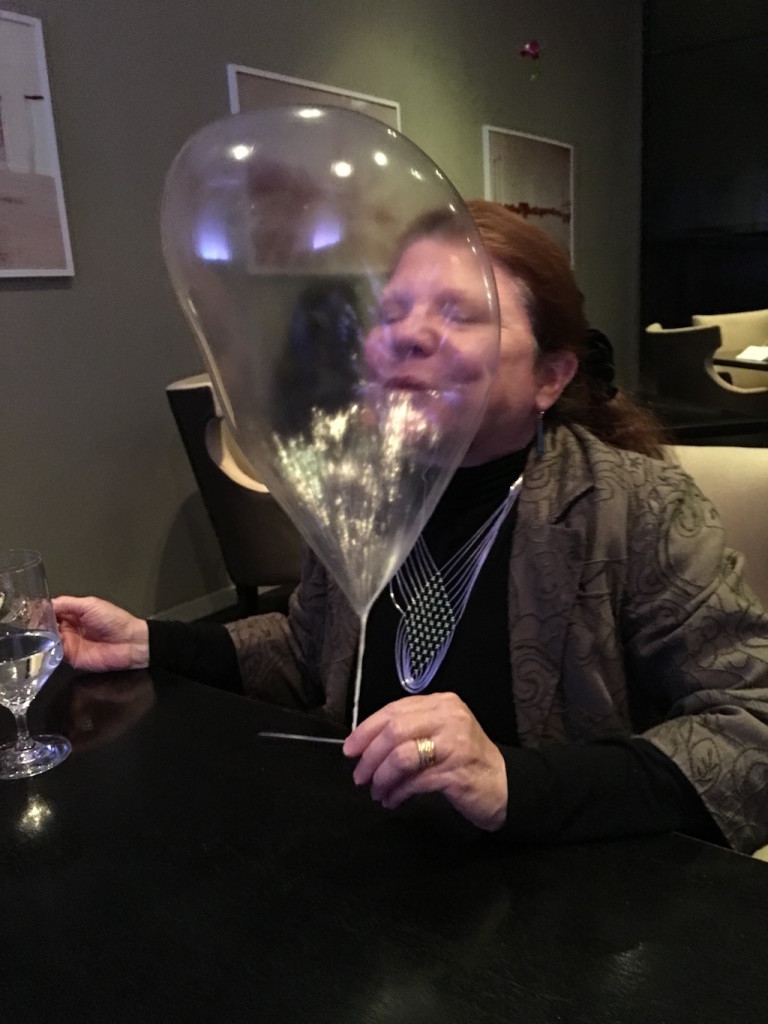 This was a new fun experience: a green apple flavored balloon full of helium, so you could bite it, inhale, and talk like Donald Duck. Just don’t get it in your hair! 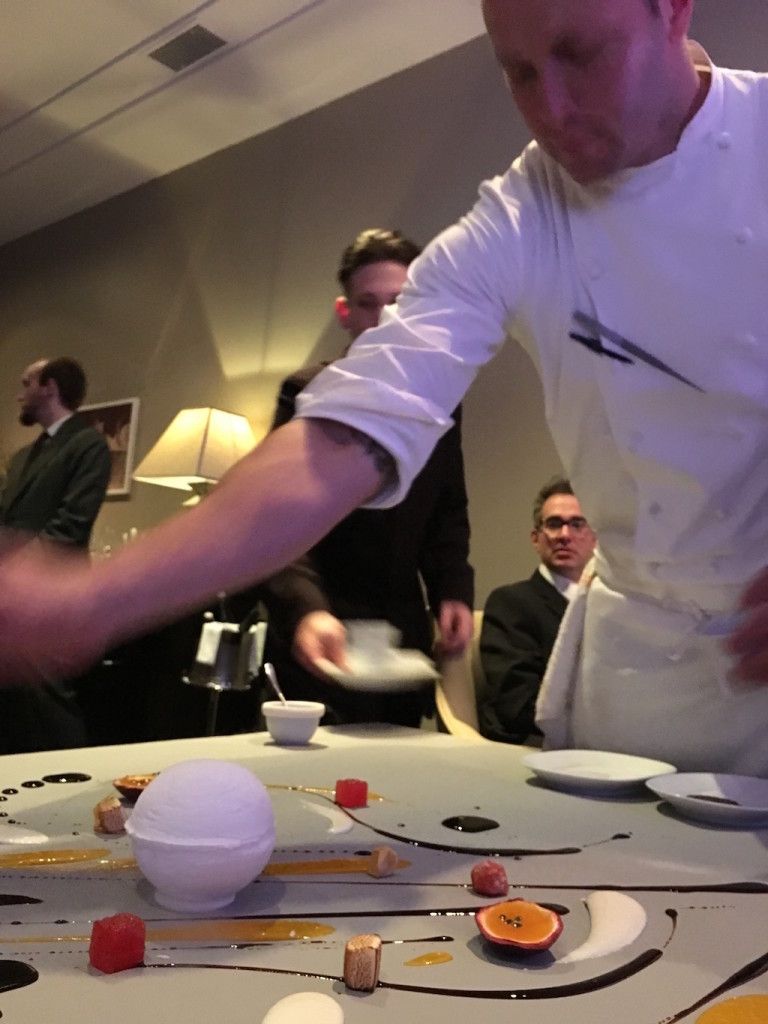 This was the final course, which was the same as last time, and didn’t thrill us. They put down a mat and the chef decorates it with dessert. It’s not particularly interesting, just outre. 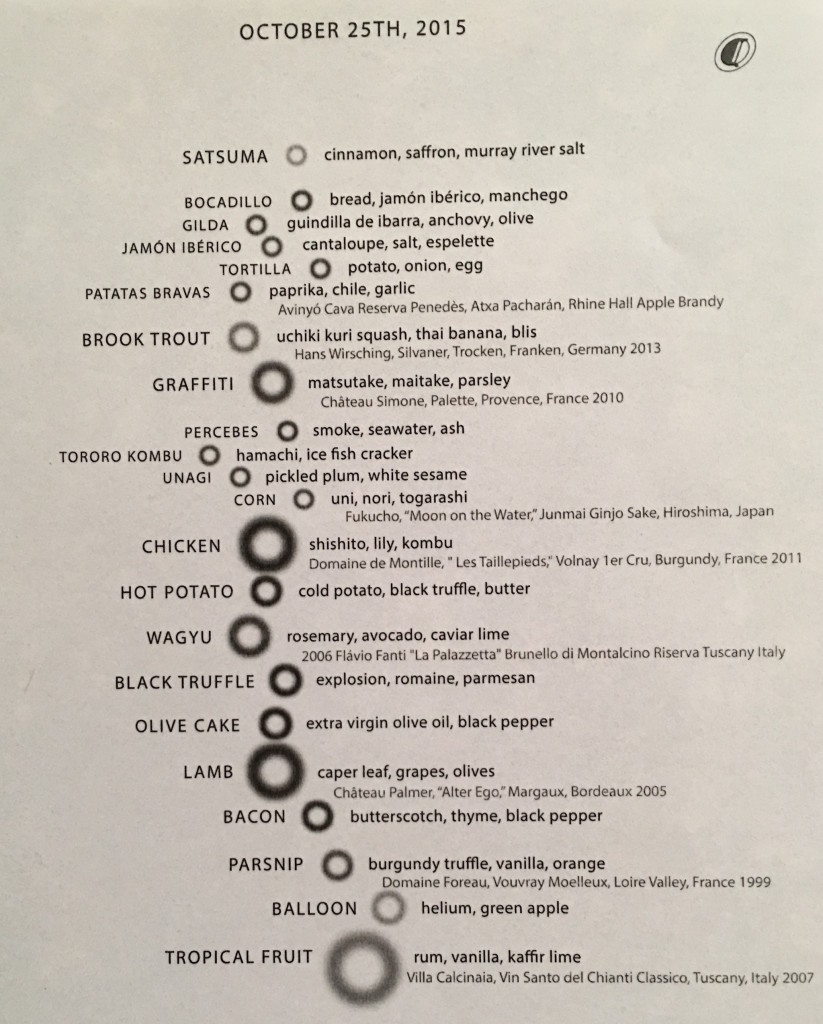 In summation, I thought Alinea was better than last time, but still not anywhere near the top of my restaurant scale. There are many places in Chicago I’d rather go, including Next, Boka, Grace, Intro and Sepia. Also, having just been to Victoria and Albert’s for Linda’s birthday the week before, it really pointed out how the experiences are not remotely on the same level.

Maybe in another five years we’ll give it another try.