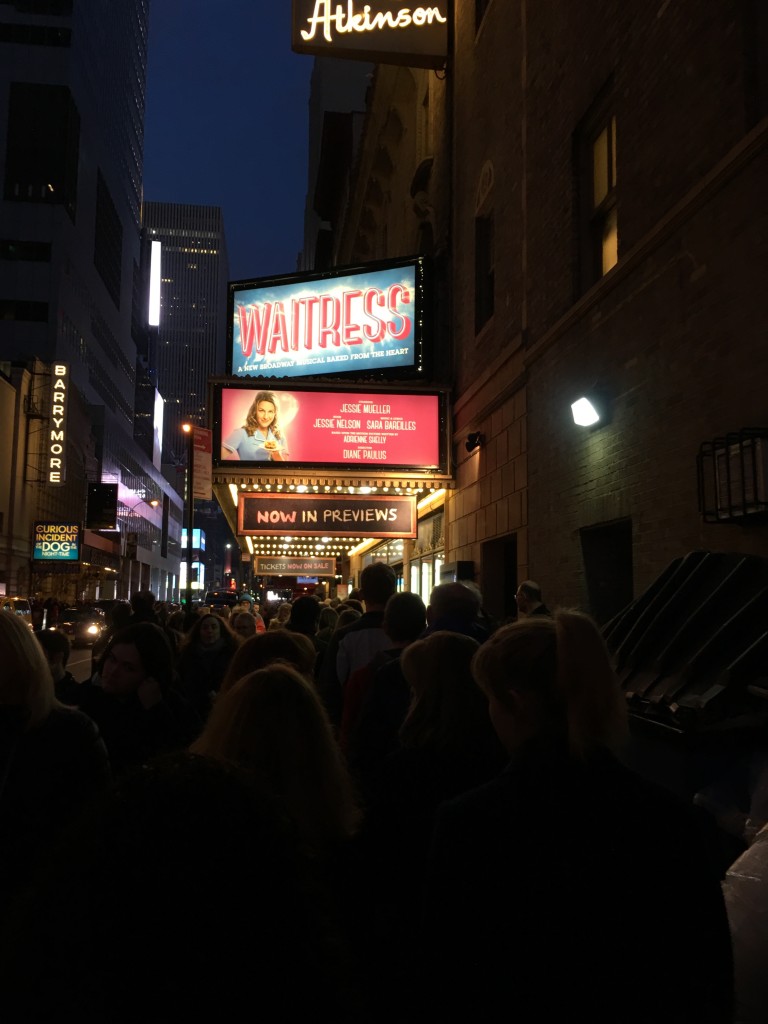 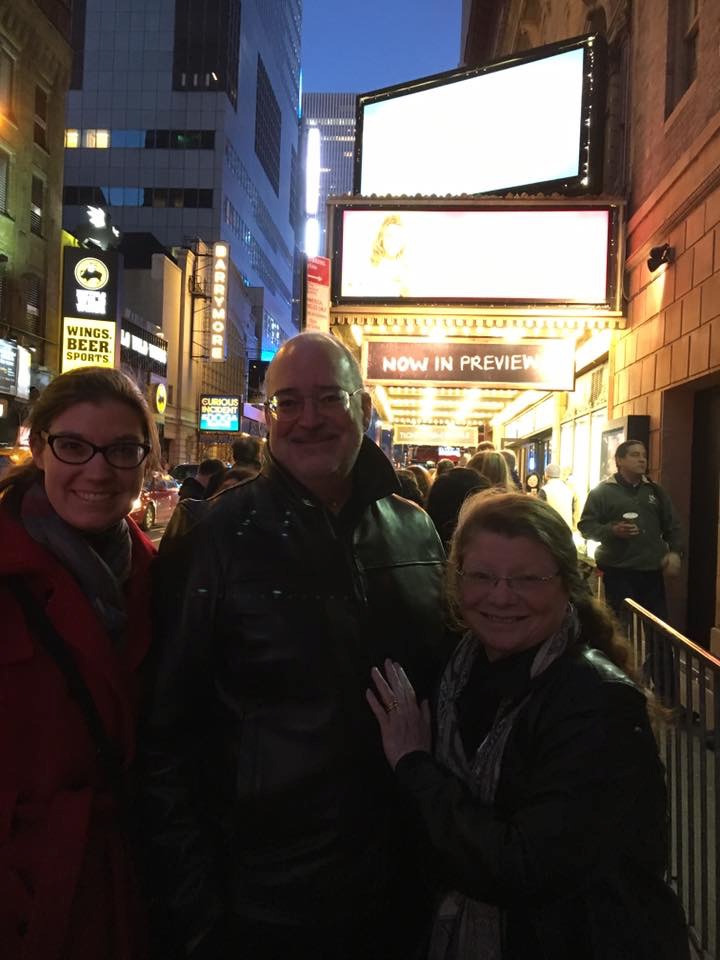 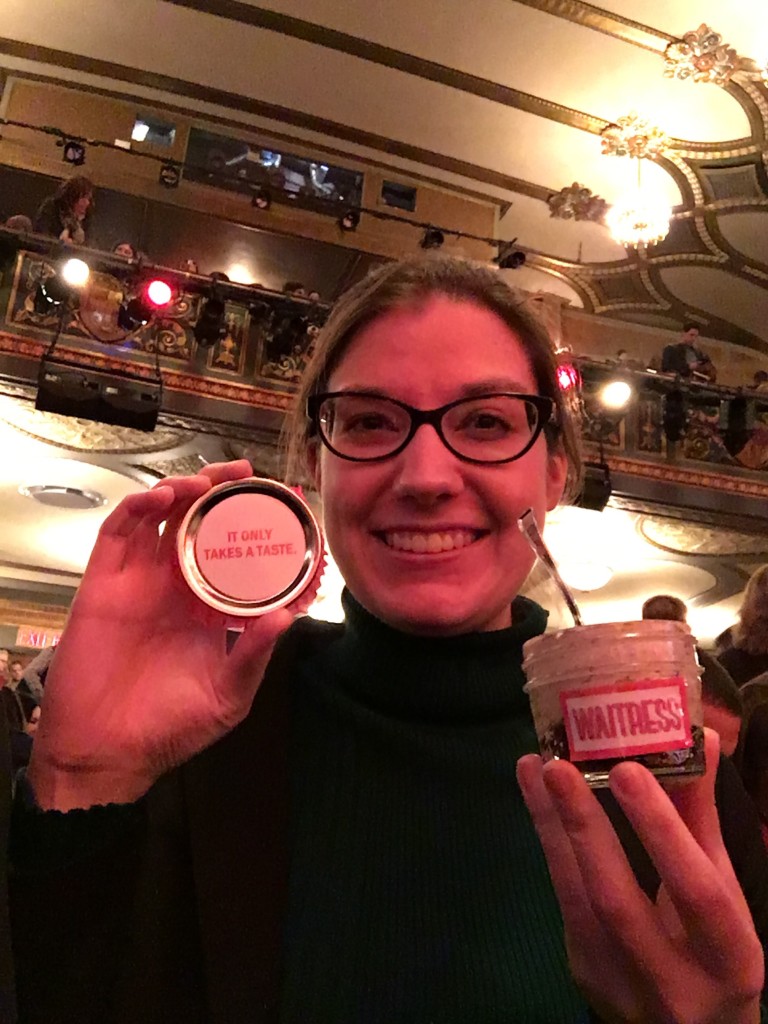 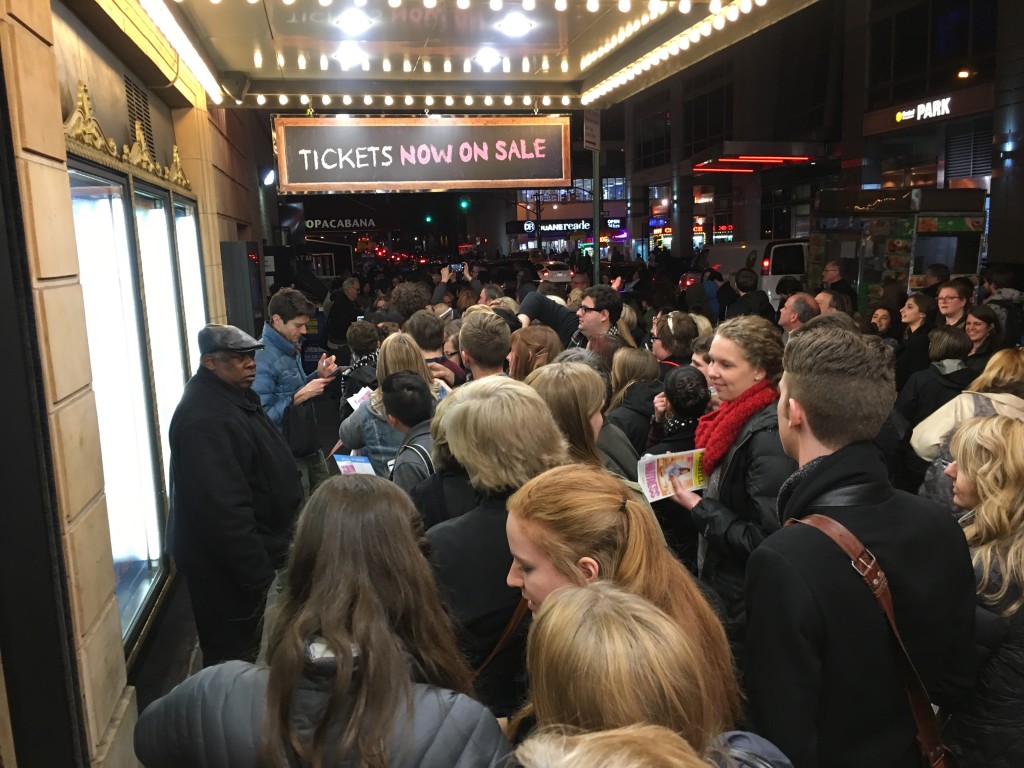 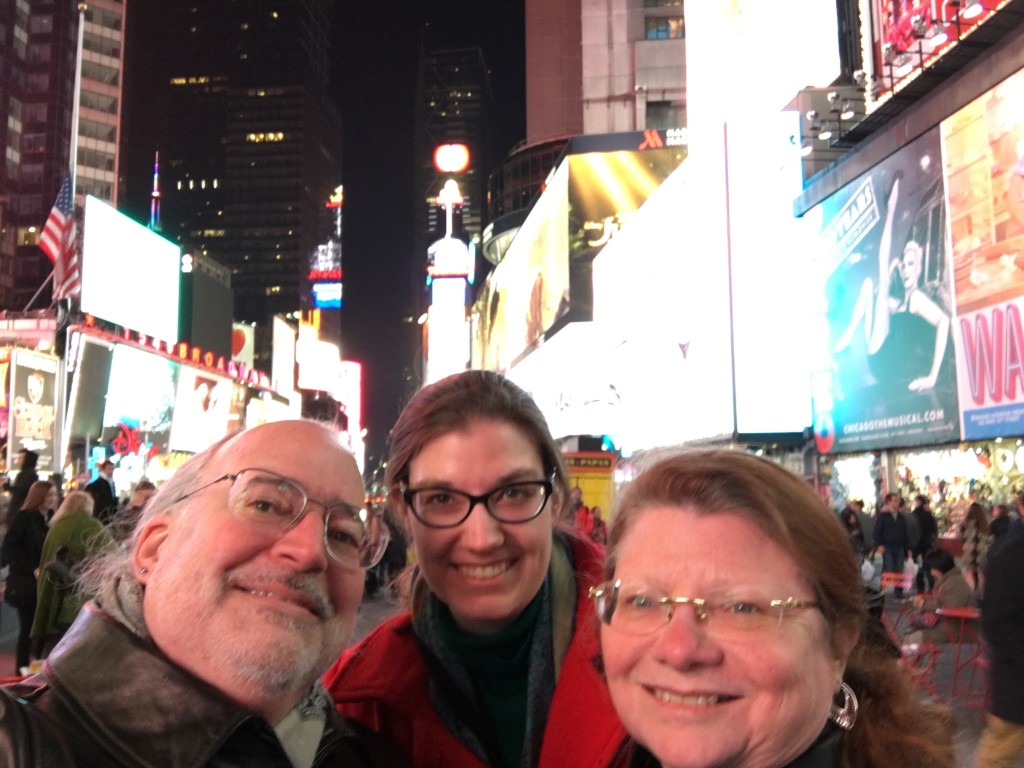 This anniversary trip to New York City features a lot of fine dining, but it started because of Waitress, a new musical based on the movie, and with a score by Sara Bareilles. Dani asked for tickets for Christmas, and I was able to get them prior to opening night.

Sara tells the story of how she became involved with the show in her biography, Sounds Like Me. At the time she didn’t know the director, Diane Paulus, was quite famous, and she hadn’t seen the movie. But when offered the job she went home and watched it, and immediately wrote the first song for it.

That song and most of the others are on an album, What’s Inside: Songs from Waitress, that she released last year, and which Dani and I have been listening to in heavy rotation. It’s a great album, but it’s very, um, Sara-ish. So it was with some trepidation that we went to see the show, since not many people can sing—or even play—a song the way Sarah Bareilles does.

I’m pleased to report that: 1) this cast—and especially the lead, Jessie Mueller—can sing them that way; 2) the onstage band is on top of it; 3) this is an amazing Broadway show, not just some pop songs set to a movie. In fact, the songs fit so perfectly that, having not seen the movie, I can’t really imagine it without the songs.

What’s remarkable is how polished the show and cast are given that we saw it on the second night of previews. There might have been one song in act 2 that I would have cut, but other than that I wouldn’t change a thing. The audience agreed, and was wildly enthusiastic from the moment the lights dimmed. In fact, I don’t think I’ve ever encountered a more enthusiastic audience.

I was struck by how much of Sara’s album made it into the show, although one great song, Door Number Three, didn’t make it in recognizable form. But for the most part her album will give you a great idea of what this show sounds like, even if you can’t exactly figure out who will be singing what number.

Needless to say, we loved the show, and if I could see it again tonight, I would!