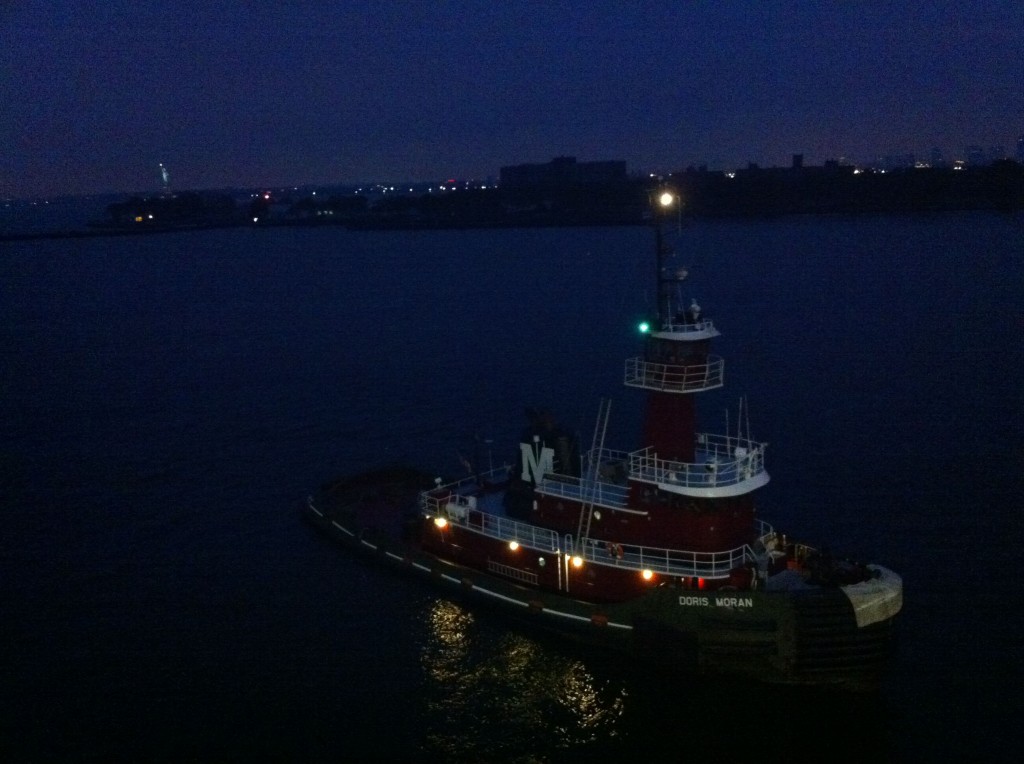 Just as the sun began to rise we entered New York harbor and a tug boat escorted us past the Statue of Liberty. By 7AM we were docked in Brooklyn. After clearing out of our cabin, we breakfasted in the dining room (for the first time) and then spent a couple of pleasant hours reading and waiting for our disembarkation time in the Skywalker Lounge on deck 16. Oddly, we had the place to ourselves, even though it afforded the best view in all of New York, from a movable high rise that would be there for only ten hours! 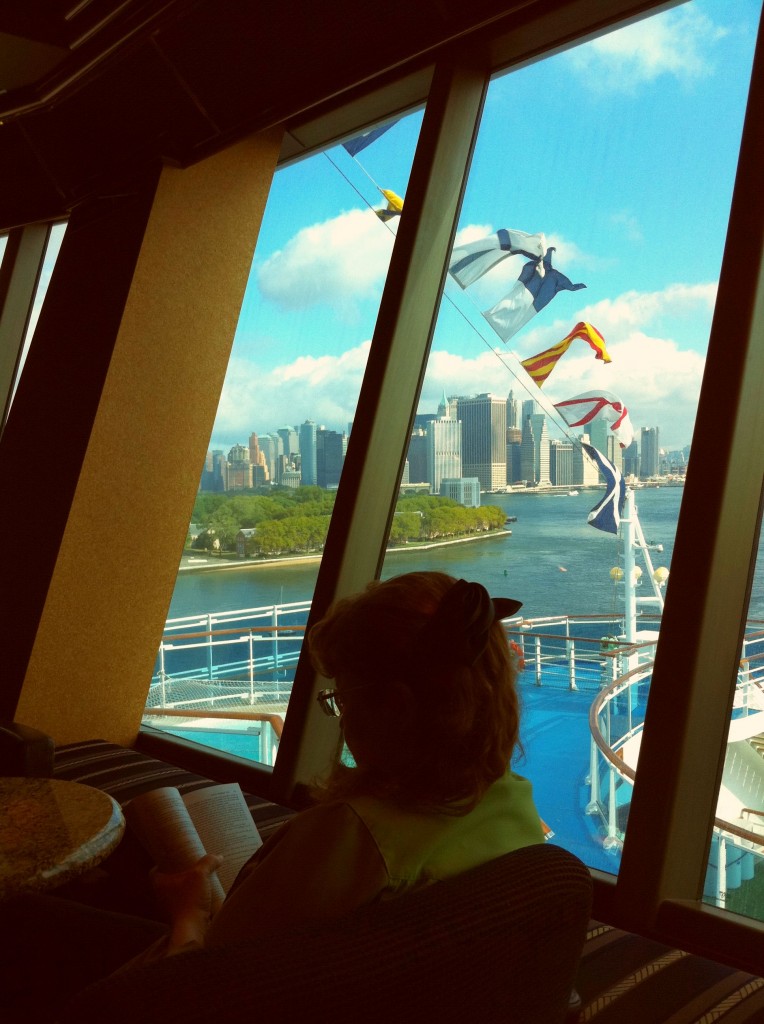 This is a photo taken with the iPhone 4 camera, as were about half the photos in this journal. What a terrific upgrade it is.