Today Linda and I explored the area around City Center, including several hotels owned by MGM: The Bellagio, Aria and Monte Carlo. These are connected by a tram, along with the Crystals mall. We had a good lunch of tapas at Julian Serrano in the Aria. The ceviche was the highlight, and a glass of Albarino the perfect accompaniment. 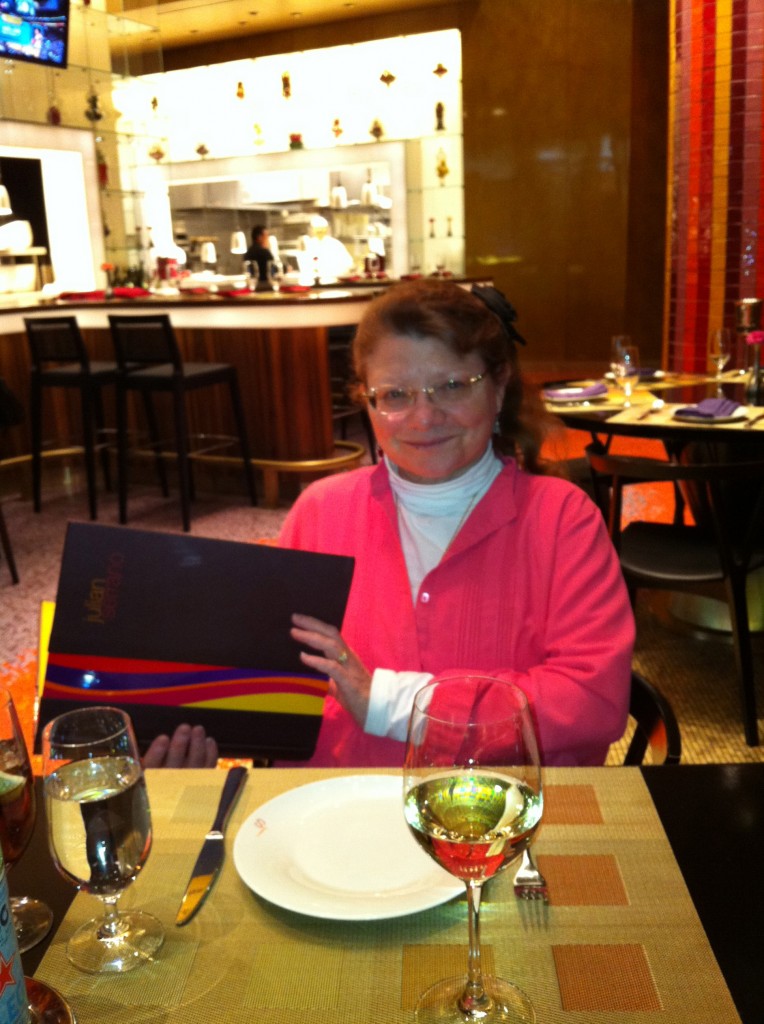 The rest of our Wine Syndicate group had arrived by afternoon, and at 7pm eight of us (Ron, Bev, John, Debbie, Dick, Priscilla, Linda and I) went to see Love at the Mirage.

Let me preface this by saying I’m not a big fan of Cirque du Soleil shows. I’ve seen six of them, and with the exception of Ka, I’ve always felt that they were much sound and fury, signifying nothing. Still, I was surprised how much Linda and I hated this show.

First, the good: The music is superb. Every sound (except a new string part written by George Martin for While My Guitar Gently Weeps) is from the original 1960s Beatles tapes, but Martin and his son have remixed bits and pieces to create a sound collage that transcends the originals. I was very familiar with the CD, but the show’s sound is even better, and contains additional material.

Also terrific is the technology. The moving stage floors, set pieces, scrims, and super-accurate projections thereon are extremely impressive. And an effect involving an audience-covering sheet is quite magical.

But no amount of confetti, streamers, and gimmicks can save this show from utter meaninglessness. Except for a few rare moments when the mindless action on the stage seemed to have some relationship to the songs (A Day In The Life, for example) the show has no story and no emotional tug whatsoever. It’s clear, too that the designers knew they were in trouble, and attempted to fix it by piling on more and more.

It’s almost comical the way the quality of the show varies in inverse proportion to the number of people on stage. One person was usually compelling, two a bit diluted, three confusing, and four a muddle. Now imagine fifteen, and you have an unfocused mess. What a missed opportunity, where the sum of the parts is not only less than the individual values, it totaled approximately zero.

The audience—especially the drunks, of whom there were many—loved it, of course. Bread and circuses.

After the show we were picked up by one of the MGM’s gold limos for our ride to dinner. There were supposed to be two limos, but due to a screw up there was one, so the ride involved some lap dancing, which was entertaining. 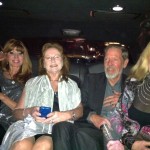 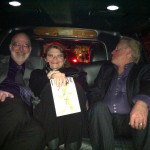 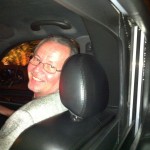 The limo discharged us in the courtyard of the mansion at MGM, which is a sprawling complex devoted to high rollers. The walk through this area to the restaurant was a great peek into how the unimaginably rich and stupid live. 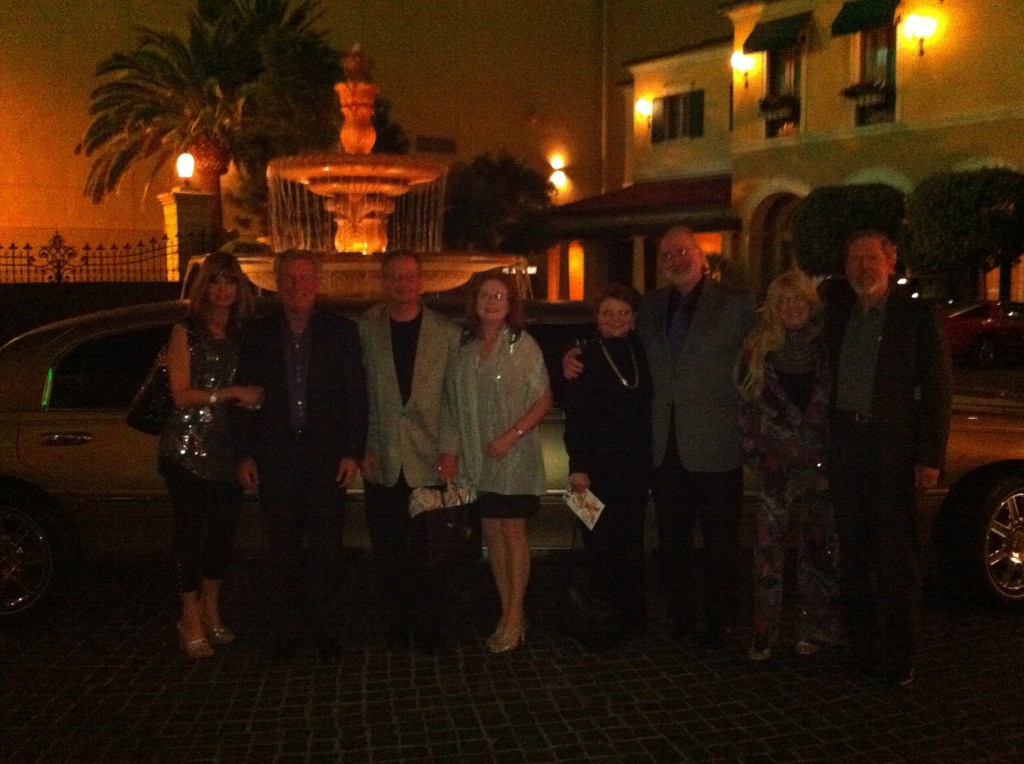 The private room at Joel Robuchon was beautiful, and the perfect size for the eight of us.

I had arranged for a prix fixe ala carte menu, which allowed us to each select our appetizer, two main courses and dessert. The rest of the courses were set. This worked out well, because it allowed us to try some different things, whilst avoiding some weird dishes on the 16 course tasting menu. The price of the meal, at $230 per person, was steep but probably reasonable for the quality of the food. The wine list, while extensive, was insanely overpriced, but Ron did a wonderful job of finding nice selections on something less than NASA’s budget.

My meal consisted of:

Dinner with the wines, ten bottles of water, coffees, various fees and gratuities came to slightly over $1000 a couple. Worth it? Hard to say, as I’ve had more spectacular meals for less. On the other hand, the setting was magical, and it was a great way to kick off the trip. It will be interesting to compare it to the next-door sister restaurant, l’Atelier, on Friday. 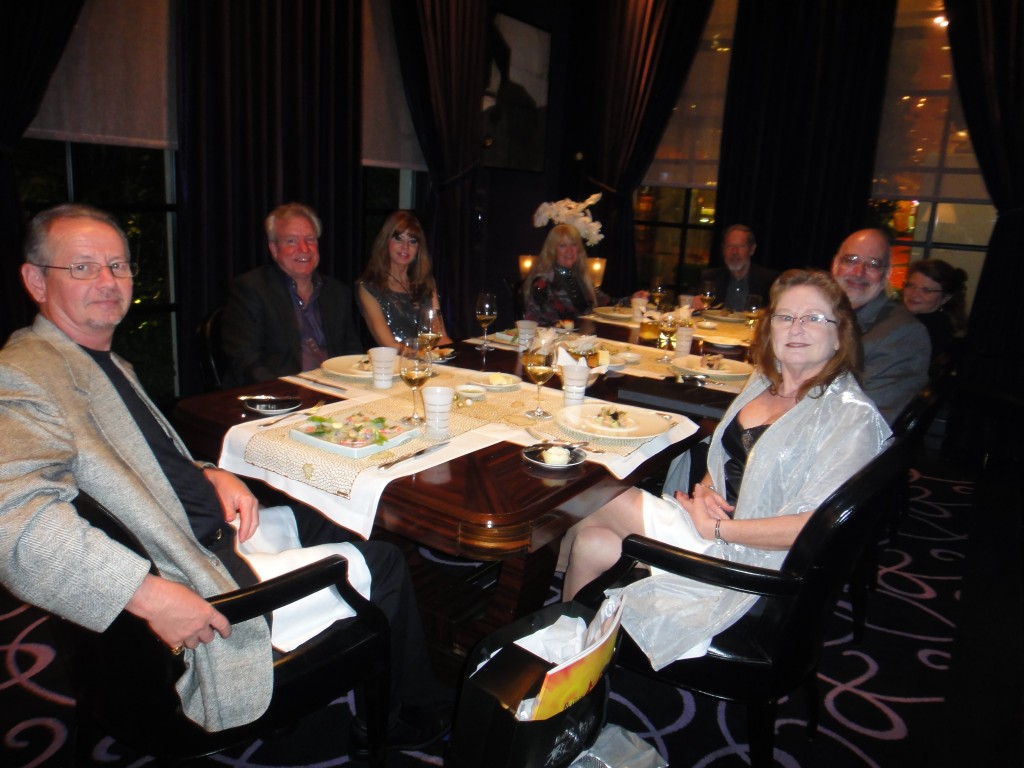