The ship was rockin’ and rollin’ last night, I guess still feeling the effects of a cyclone over the Black Sea. It was still raining when we docked a bit late in Kavala, a hillside community in Macedonia (Northern Greece). But shortly after we joined our 9:30 tour, the rain stopped, although temperatures remained in the 40s and it was windy.

Our tour was to Filippi, a ruin located about ten miles from Kavala. I should capitalize RUIN. What was a major city in 200 AD is, after a few earthquakes and a millennium of maintenance by The Three Stooges, now a field full of rocks. It’s certainly nothing like Ephesus or even Carthage in terms of its intactness.

Filippi is where Casius and Brutus, murderers of Julius Caesar, were defeated, and it’s where the apostle Paul first converted a European to Christianity. Fortunately there were no shops selling pieces of Paul.

We returned to the ship by 2pm, and had lunch in the dining room, where it felt good to warm up.

Tonight was the Captain’s Gala dinner, although we already had reservations at Toscana, one of two specialty restaurants on board. That might have been a strategic mistake, as they had caviar as an appetizer and lobster as an entree in the main dining room. But our dinner at Toscano was lovely. We had a wonderful table under the sloped glass at the stern, a great bottle of 2008 Gaja Magari, and watched the sun set under the cloud layer as we sailed into the Aegean. 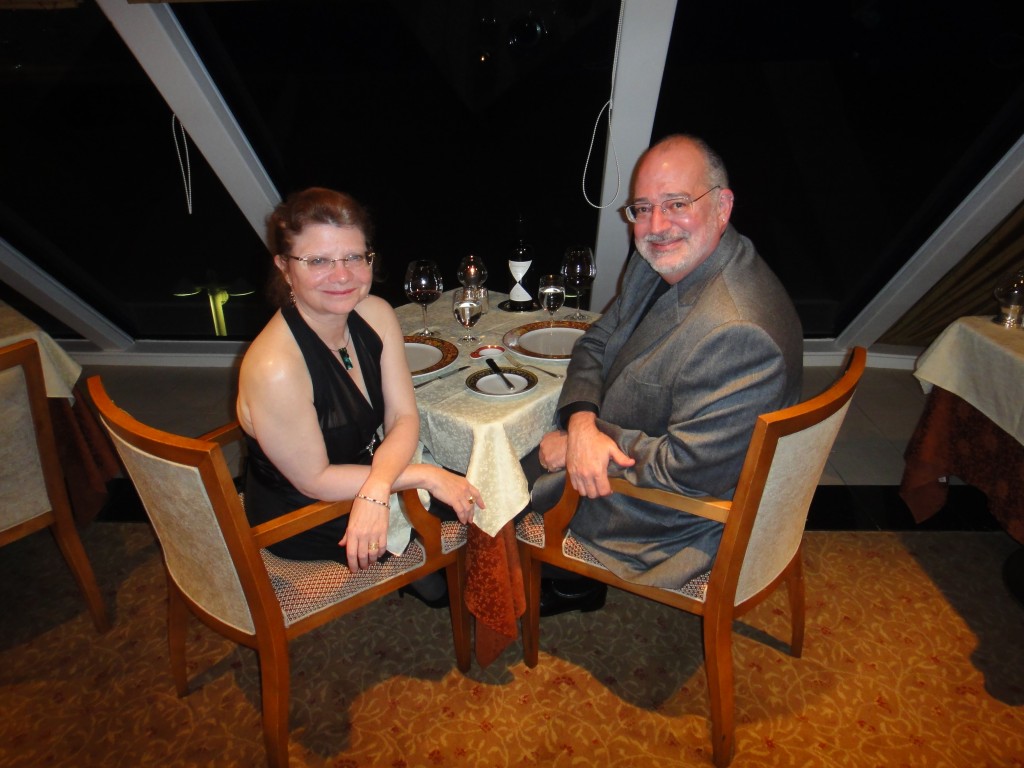 Linda has a new black cocktail dress with a halter top, and she was rather self-conscious about wearing it. I think she felt better about it after four random people around the ship told her how fantastic she looked.

Before dinner we enjoyed a very sincere welcome by the Captain and the very funny crew’s introductions in the Insignia lounge, and after dinner we returned there for a Broadway revue, with four singers and a 8-member orchestra. They did quite a good job, even pulling off “Defying Gravity” from Wicked. A very nice end to the day.