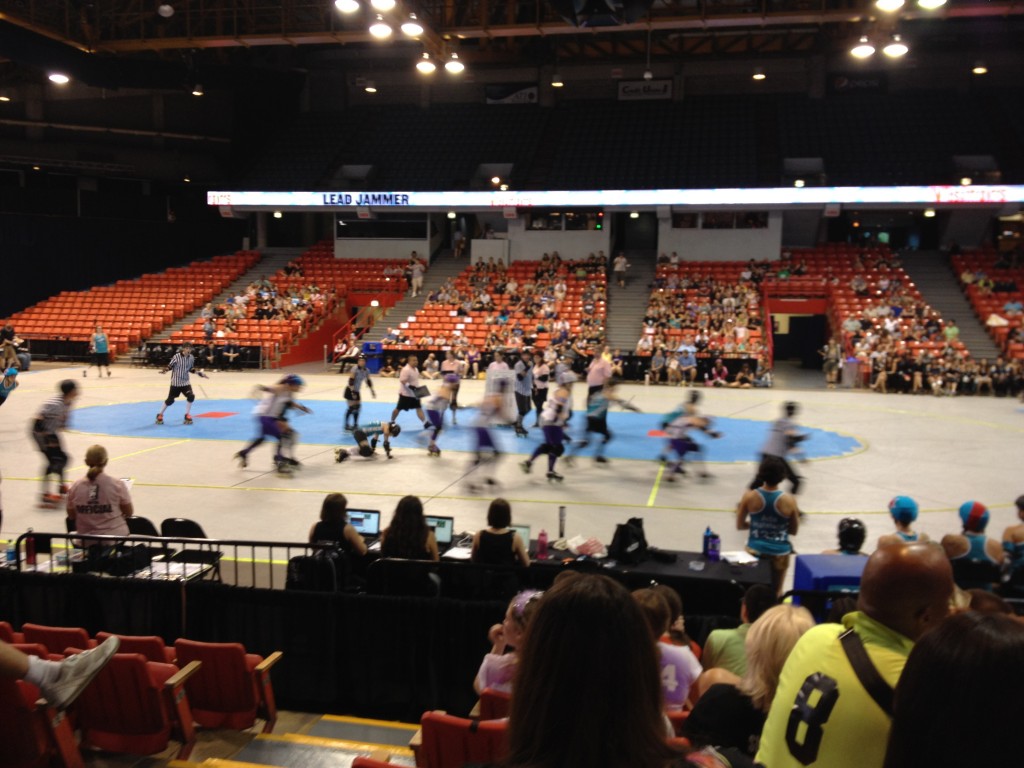 Last night Dani took me to her highly anticipated roller derby game. She explained the rules before we went, which helped me to understand what was going on. It was a little hard to understand the announcer, so things were baffling at times, but for the most part I was able to follow it.

My only exposure to roller derby was on TV in the 60s, when it was akin to “pro” wrestling. But the revived sport is completely different. The teams are amateur women from all walks of life who simply enjoy it. As a result, there’s a lot more sportsmanship than other sports. That’s also true of the fans. I’ve never scene such a broad demographic: all ages, sexes and apparent socioeconomic backgrounds. And they seemed happy to clap for either team when they did something impressive.

They don’t take themselves too seriously, either, as everyone–even the officials and the announcer–is using a funny fake name. The announcer was Bryan Mumble.

It can certainly be an exciting sport, because the score can increase dramatically in a short time, so lead changes are common. The only problem I saw was that the outcome of the game was largely controlled by the amount of penalty time players spent on the sidelines, and there are literally hundreds of minor penalties. Apparently they are going to change this next year, and eliminate the minor penalties, which I suspect will make the game even faster paced and more exciting.

I can’t say I’d become a regular fan of derby (or any sport, for that matter), but I would go again. It’s a fun evening, mainly because everyone including the players is having such a good time. 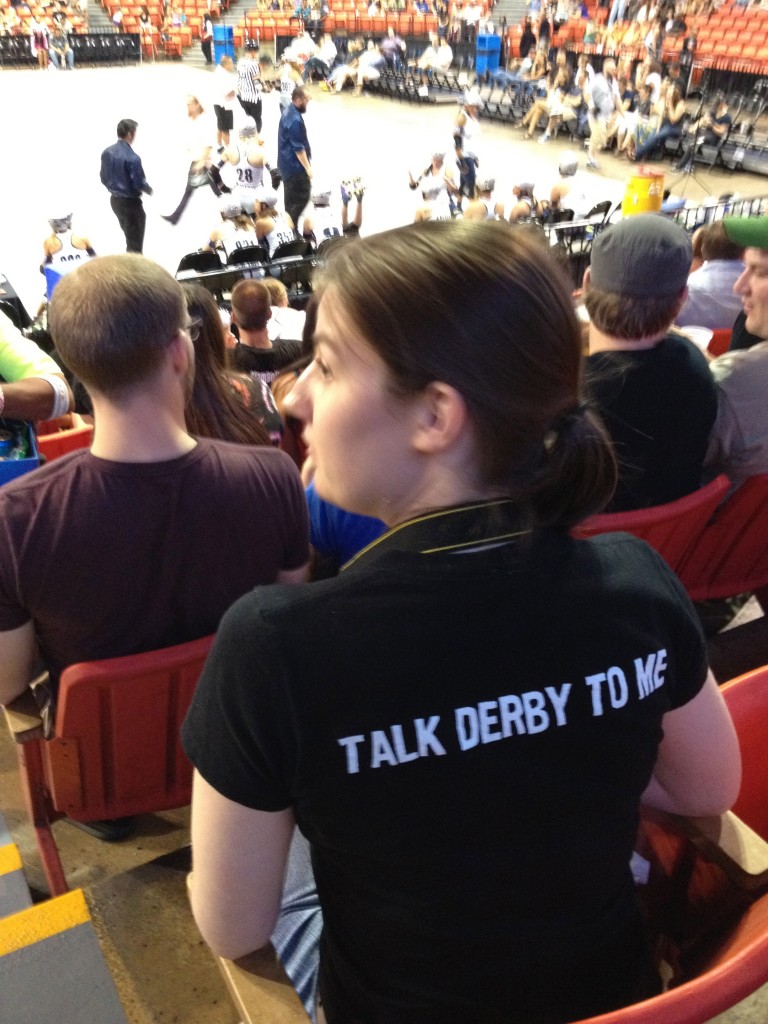