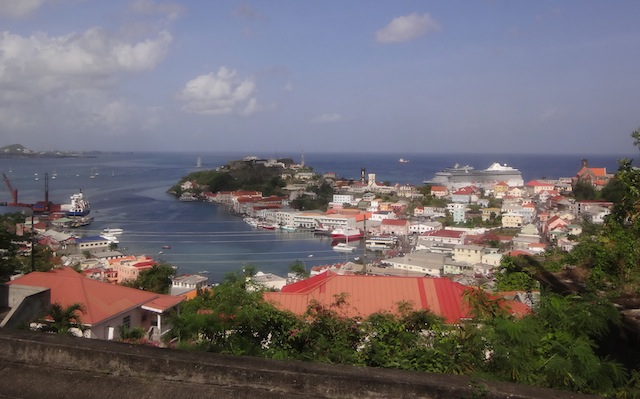 Granada is a charming port that fits the quintessential image of a Caribbean island. A circular bay shelters a multicolored harbor that rises into steep, green hills dotted with homes.

95% of the GranadaÕs houses were destroyed by hurricane Ivan in 2004, so there are a mixture of new (but traditionally styled) buildings and a few remaining ruins. The islandÕs agriculture was also decimated, so tourism is now the largest industry.

Our morning tour took us on several interesting stops. First was a spice factory where they make spiced syrups, jams and other products. It is owned by the newly elected governor general, who happened to stop by while we were there, escorted by her security staff. 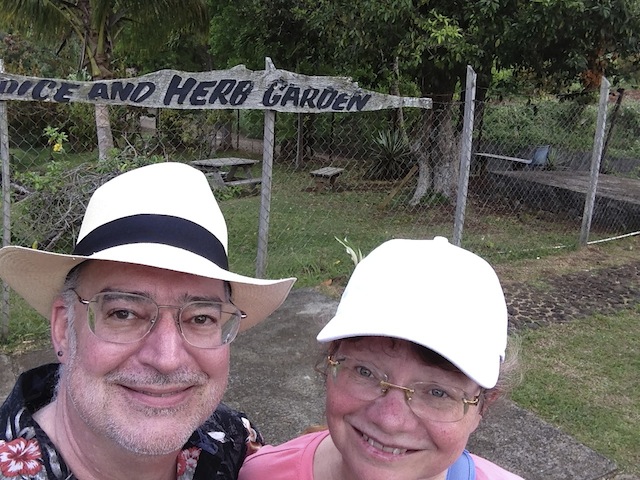 Then we drove over the hills to a spice farm where we had a fascinating guided tour of the spice garden, stopping to smell and taste a wide variety of fruits and spices. They included cinnamon, lemon grass, turmeric, pepper, vanilla, avocado, mango, cacao, pineapple, lemon thyme, mace, nutmeg, and many more I’d never heard of.

Our third stop was a a former sugar cane plantation and rum distillery, where we toured the ruins of the 150-year-old plant, and were able to sample some modern rums. (The fact is, they now buy the alcohol from Tobago.) The 10 year old rum was pretty smooth, like a good scotch. The most popular variety on the island is unaged 140 proof rum. Although it burned like rubbing alcohol, it was surprisingly sweet. 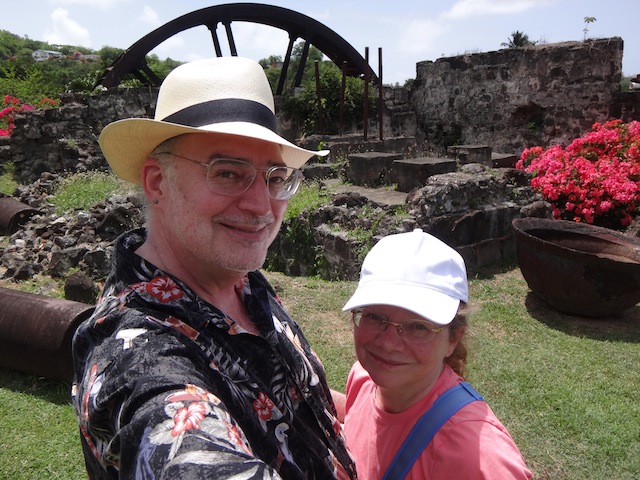 After a brief stop at the marina for local handicrafts (soap) we returned to the ship in time for lunch.